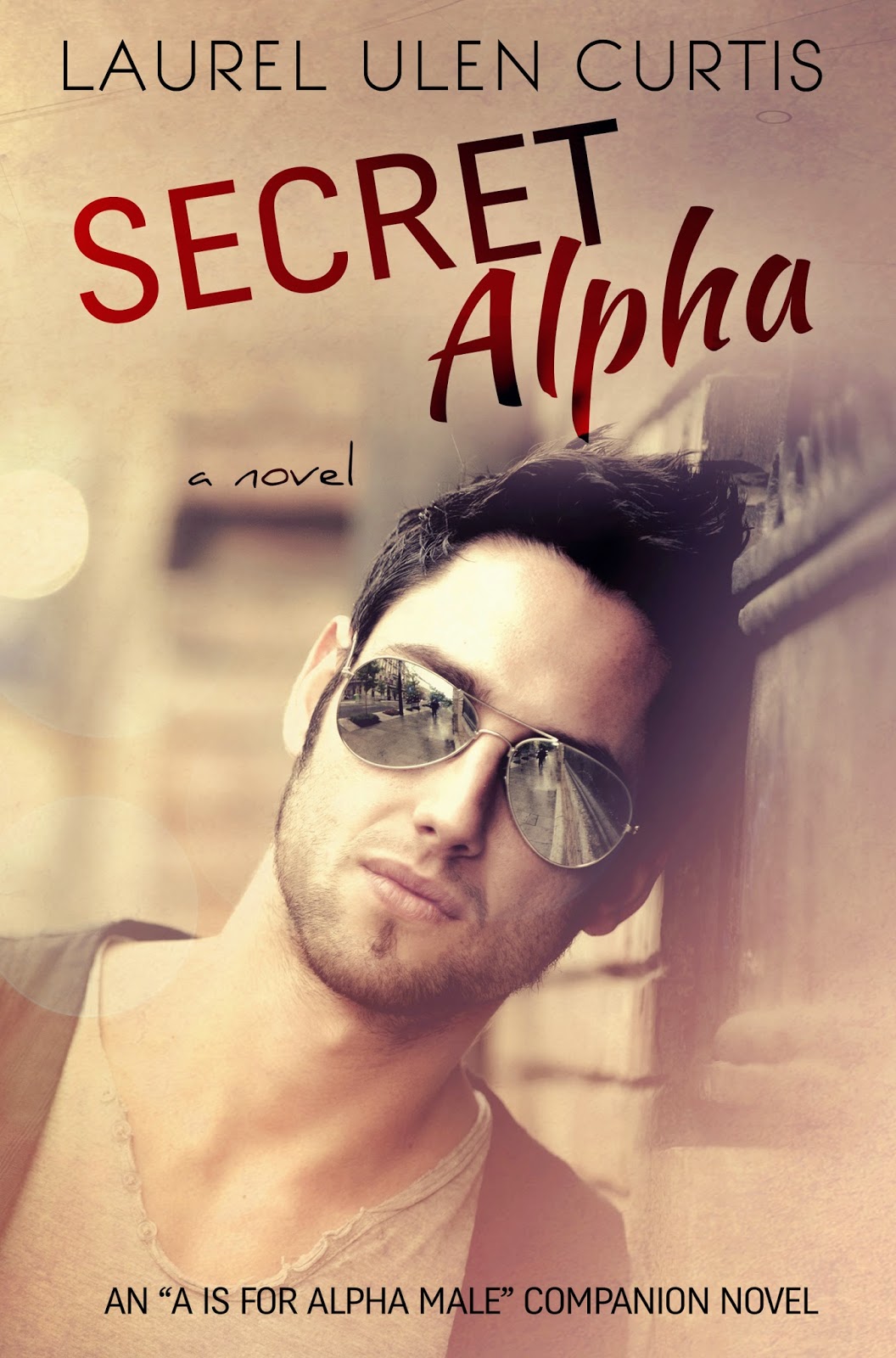 I’m Dan Smith, and I’m currently living two lives. Maybe even
three if you really look into it. Haley, Allison, Hunter, Wade, Sergio, and
Isla all exist in one or more of them somehow.

Am I a supporting role in their stories, or are they merely
characters in mine?
You decide.

She said. He said.

This is my story.

Note: This is the second book in a series and will be best-received
if read after A is for Alpha Male.

Secret Alpha is the companion novel to A is for Alpha Male.
Pick up your copy today while it's only 99 Pennies! 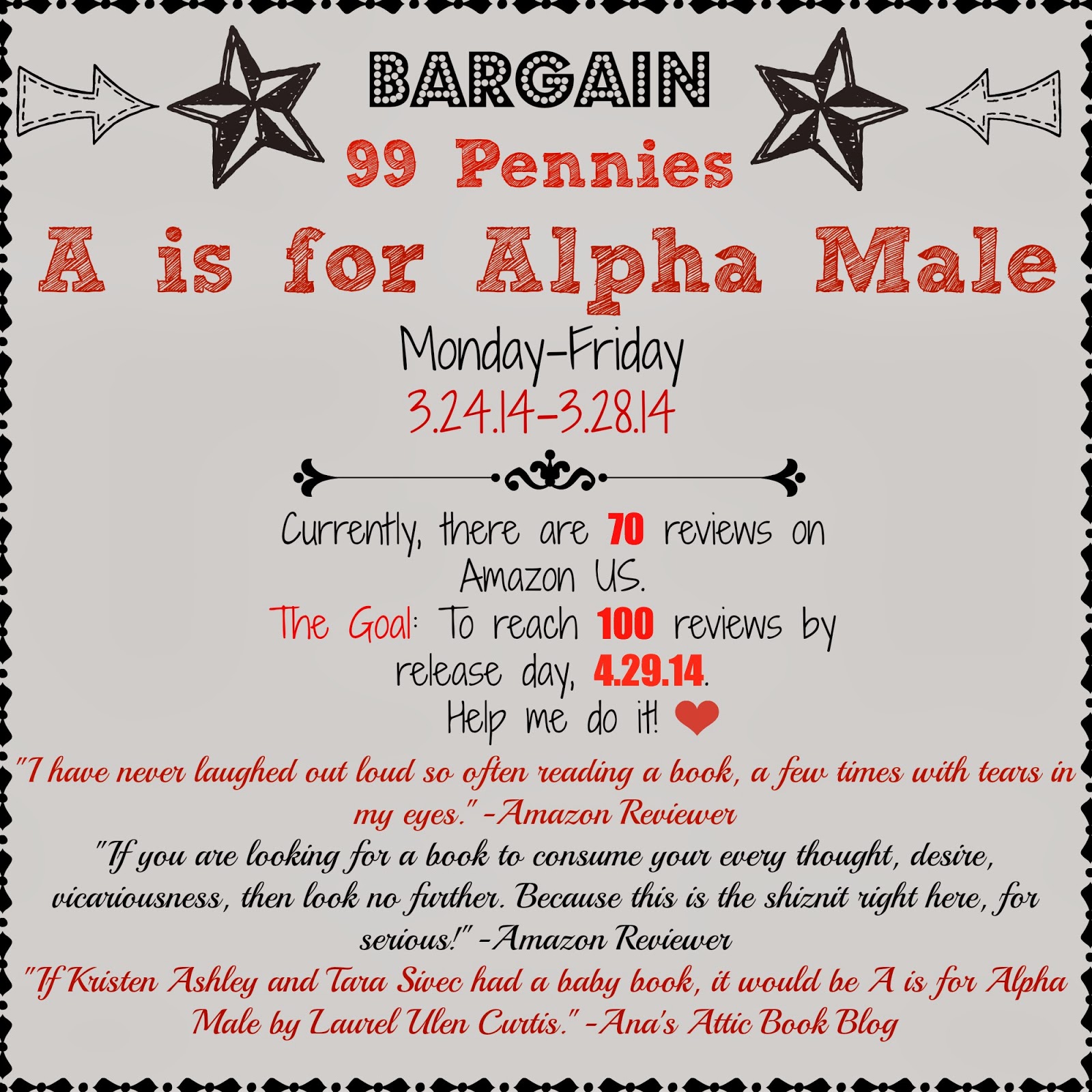 Once again,
Allison had no answer, but that didn’t get Haley down at all.
I could feel
my feet start to walk in their direction, straight down the bar and stopping
right in front of them, as though I was having an out of body experience.
“As far as
loosening up, I meant alcohol.....Shot time!”
Perfect. Cue
me.
She looked
away from her mom right at that moment, honing in like a laser beam on my exact
location.
And then,
looked right through me.
Burn.
“Two shots of
fireball, please,” Haley requested sweetly, but I could tell she didn’t notice
me at all.
If anything,
that made her even cuter. She was completely there, in that moment, with her
mom. Clearly, they had a strong, close, vibrant relationship, and a respect
that I hardly ever saw between people anymore.
Living in
such a technologically driven era, people rarely interacted with one another
without an outside distraction like a cell phone going at the same time.
Don’t worry,
I’m not anti-technology, but I am pro-personal connection. The kind of
camaraderie that’s strong enough to hold a person’s entire interest. It’s
probably a lifetime lacking in close connections that drives my philosophical
approach to conversational engagement, but I couldn’t tell you for sure because
I’m not a psychologist.
“You got it,
sweetheart,” I said, and then began thoroughly kicking my own ass for adding on
a term of endearment. I seriously didn’t know what the fuck was wrong with me.
I didn’t know what is was about this girl that had me tied in knots, and I
didn’t know why in the fuck I kept letting myself forget I was in the middle of
a very serious, extremely dangerous investigation.
There was
probably a price on my head at that exact moment, for fuck’s sake.
I pulled my
lips back over my teeth immediately, putting away the dimples and effectively
putting the kabash on my smile. But it didn’t even matter because she still
hadn’t even really looked at me. In fact, another man, someone I wasn’t
familiar with, had just approached her and started flirting.
He was a
cocksucking dork, I could tell, but she flirted back. The really disgusting
part is that I felt an immediate flare of fire in my belly, the edges of my
flaming jealousy licking the lining of my stomach and burning me alive.
Placing the
shots on the bar in front of them, I redirected my mind and energy and moved to
the other end of the bar, keen to do any other work I could come up with.
But as I
left, I allowed myself one last look, startling noticeably when Allison’s keen
blue eyes found mine and a knowing smile crept sweetly onto her face.
Fuck. Me. 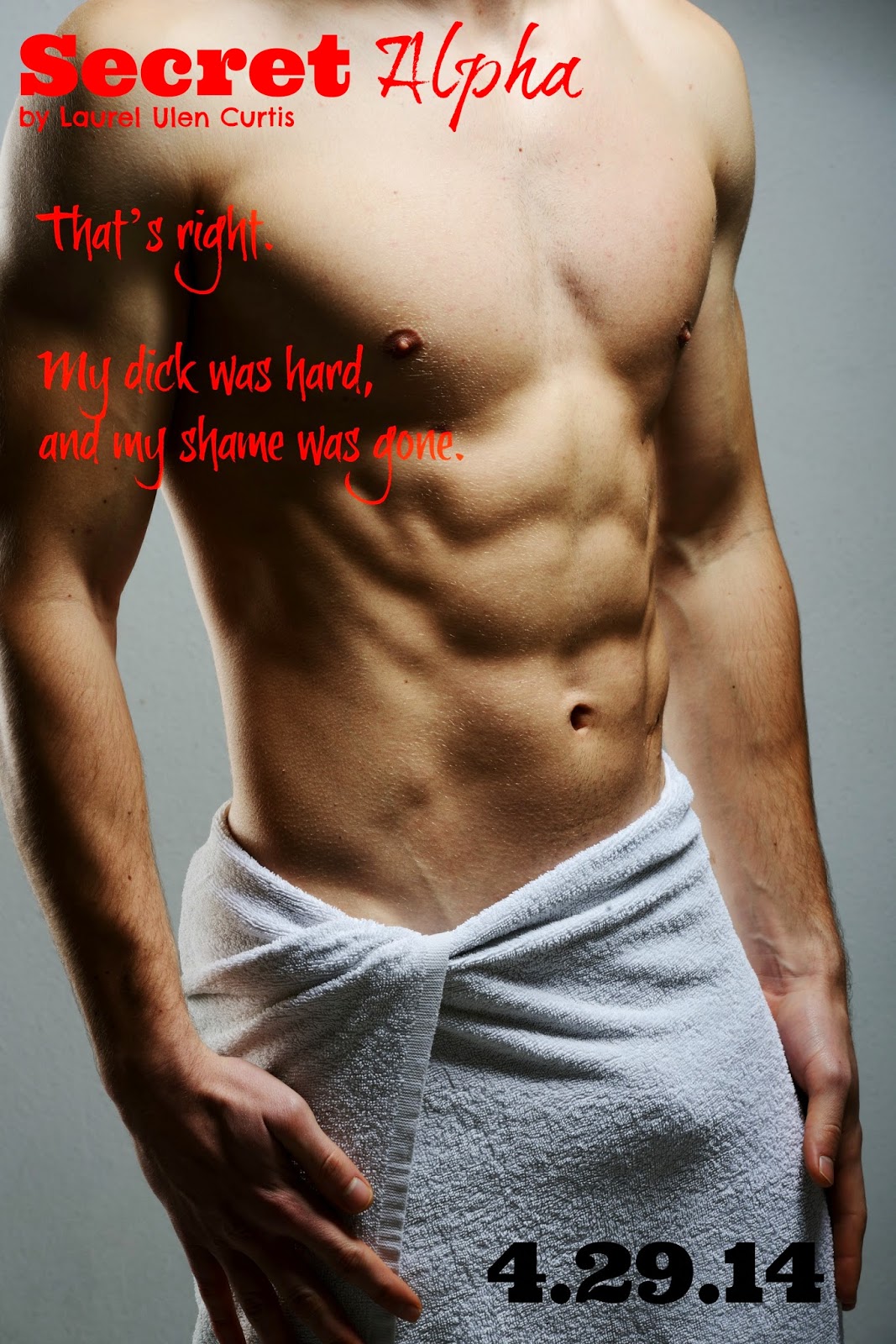 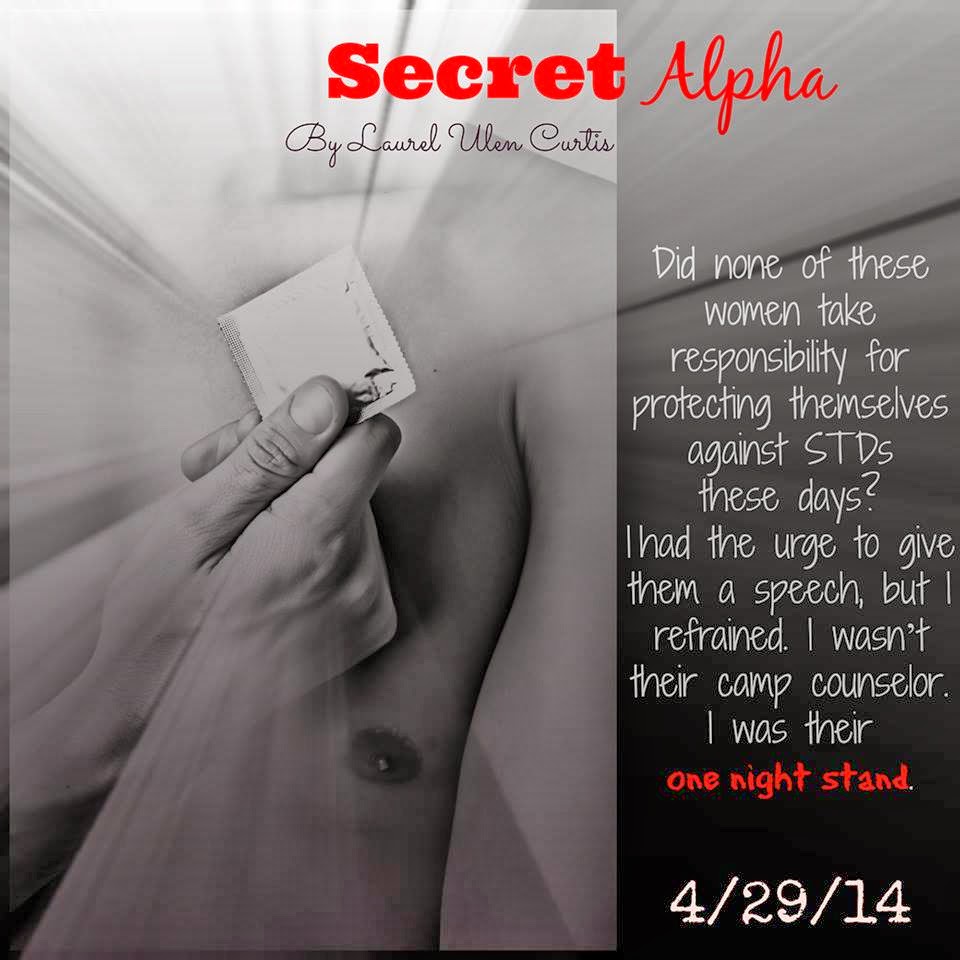 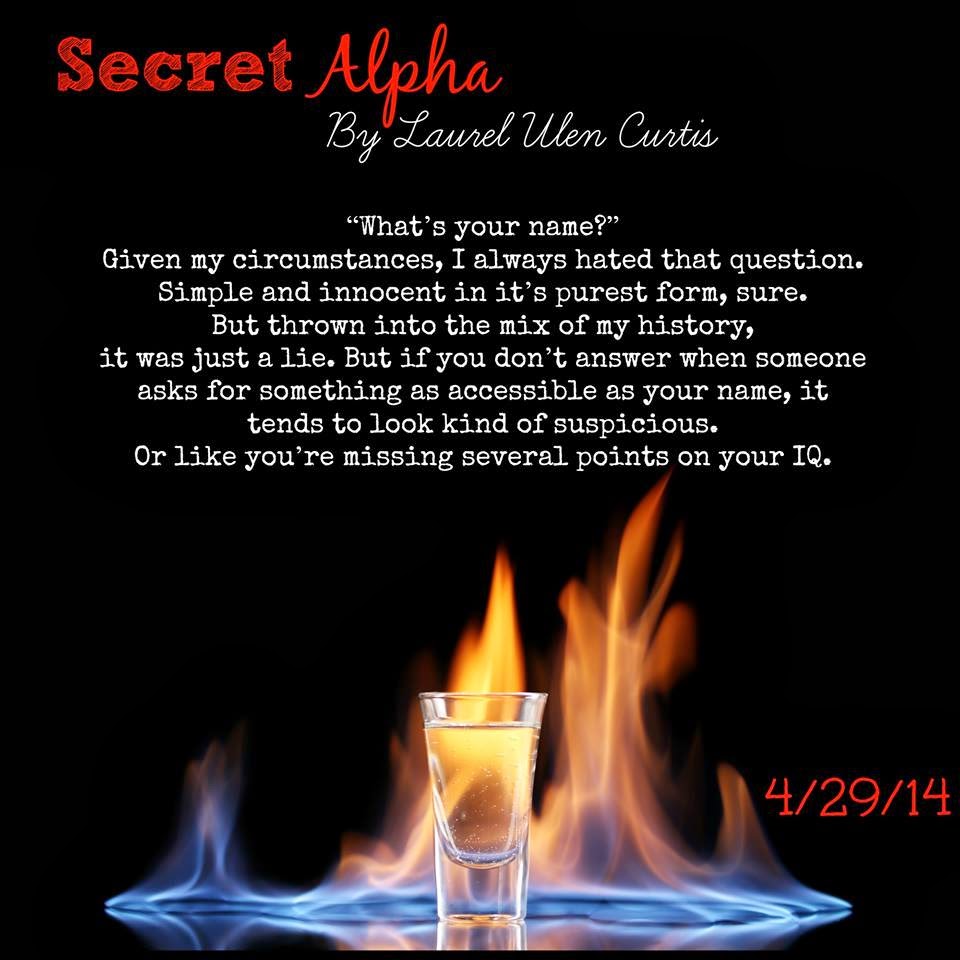 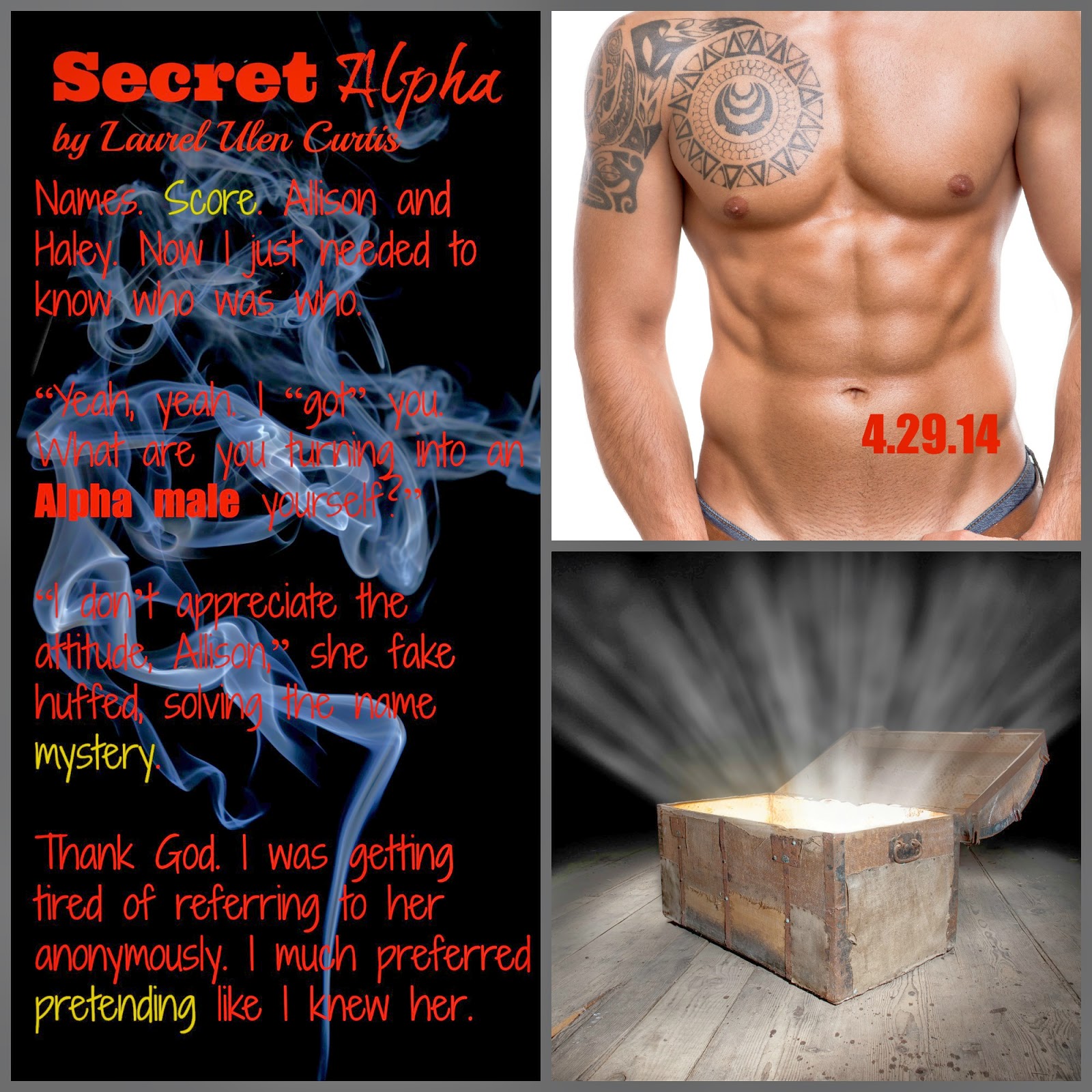 Laurel Ulen Curtis
is a 27 year old mother of one. She lives with her husband and son (and cat and
two fish!) in New Jersey, but grew up all over the United States. She graduated
from Rutgers University in 2009 with a Bachelor of Science in Meteorology, and
puts that to almost no use other than forecasting for her friends and writing a
storm chasing heroine! She has a passion for her family, laughing, and reading
and writing Romance novels. She’s also addicted to Coke. The drink, not the
drug.
Facebook | Twitter | Blog | Goodreads
Hosted By