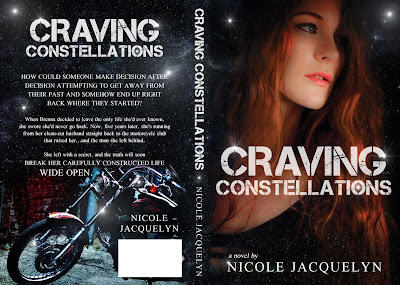 
BLURB:
"How is it, that someone can make decision after decision attempting to get away from their past and somehow end up right back where they started?"
When Brenna decided to leave the only life she'd ever known, she never thought she'd ever be back. Now, five years later she's running from her clean cut husband straight back to the motorcycle club that raised her... and the man she left behind. She left with a secret, and as soon as she returns the truth will break her carefully constructed life wide open.


Nicole Jacquelyn is a single mom of two little girls and a full time college student.
She hasn’t watched television in well over a year, she still does things that drive her mother crazy, and she loves to read. At eight years old, when asked what she wanted to be when she grew up, she told people she wanted to be a mom. When she was twelve her answer changed- to author. By the time she was eighteen, when people asked her what she wanted to do with her life, she told them she really wanted to be a writer- but the odds of that happening were so slim that she’d get her business degree “just to be safe”. Her dreams stayed constant.
First she became a mom, then she went to college, and during her senior year- with one daughter in first grade and the other in preschool, she sat down and wrote a story. 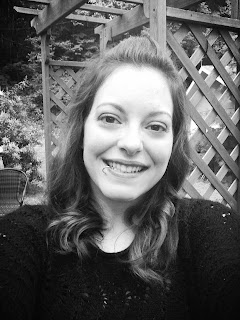