**Blog Tour** Shame on You by Tara Sivec 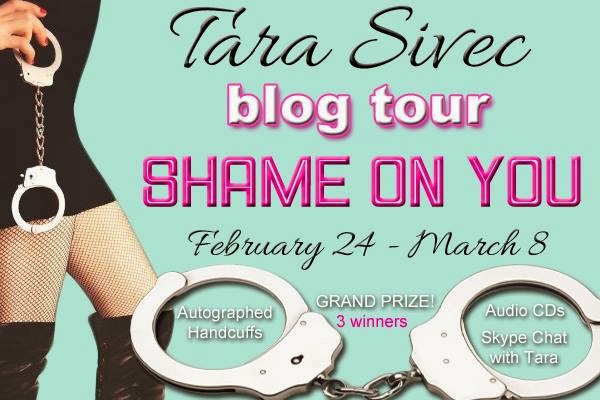 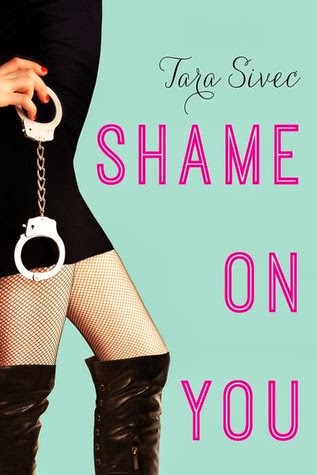 Shame On You (Fool Me Once #1)
by Tara Sivec

War veteran Kennedy O’Brien is in the business of sticking it to the man—or at least any man who tries to cross a woman. After she returned home from Afghanistan and caught her husband in bed with the nanny, Kennedy lost her faith in men and started Fool Me Once Investigations with her two best friends. After all, there’s no better bounty hunter than a woman scorned.
When Kennedy takes a case to slap cuffs on a bail jumper turned dog-napper, she figures it’ll be an easy paycheck. But trouble has a way of finding Kennedy. Enter the last man on the planet she’d willingly choose as a partner: her cheating ex-husband’s best friend, Griffin Crawford.
As gorgeous as he is unwelcome, Griffin has always had a thing for Kennedy, and after keeping quiet about her ex’s cheating, he’ll do anything to earn back her trust. Whether or not she wants to admit it, Kennedy will need help as the case of the Chihuahua thief spirals out of control. Griffin may be just her man—in more ways than one.

Kennedy,  returning from war, catches her husband cheating and starts Fool Me Once Investigations with her two equally man hating friends. When Kennedy takes the case of the bail jumper she expects this one to be a piece of cake.
What she doesn't expect is to have a partner on the case.

Enter Griffin, a fellow soldier and the best friend of her cheating ex. Her trust in him has disintegrated as he knew, and kept the cheating from her.


They place a bet. If she gets the bail jumper first; she can punch Griffin and if Griffin wins; he gets a date with her.


It's short and fun! Enjoy!

Tara Sivec is a USA Today best-selling author, wife, mother, chauffeur, maid, short-order cook, baby-sitter, and sarcasm expert. She lives in Ohio with her husband and two children and looks forward to the day when they all three of them become adults and move out.
After working in the brokerage business for fourteen years, Tara decided to pick up a pen and write instead of shoving it in her eye out of boredom. She is the author of the Playing with Fire series and the Chocolate Lovers series. Her novel Seduction and Snacks won first place in the Indie Romance Convention Reader’s Choice Awards 2013 for Best Indie First Book.
In her spare time, Tara loves to dream about all of the baking she’ll do and naps she’ll take when she ever gets spare time.
Tara also writes under the pen name T.E. Sivec.

We will have Three Grand Prize Winners!!
The Grand Prize includes:
Audio CDs of Shame on You
Autographed handcuffs
and…
a 30 minute group Skype chat with Tara Sivec!