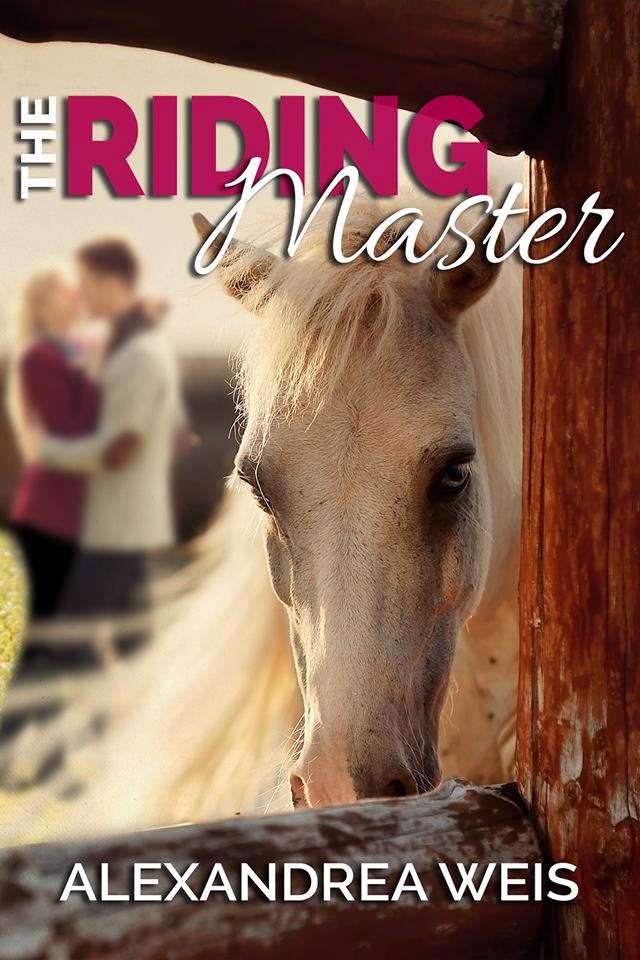 A woman finding her way.
After a devastating divorce, an emotionally skittish Rayne Masterson swears off men and vows to devote her life to her passion, horses.

A man with insatiable desires.
Trent Newbury is an expert rider who is arrogant, brash, and has a ruthless reputation for getting any woman he desires.
As the new riding master at Southland Stables, Trent is eager to make sure all of his riders are the best they can be. But when he meets Rayne, he takes a special interest in taming the beautiful woman’s stubborn nature. Slowly and deliberately, he weakens her defenses with his charm and beguiling good looks. And just when he thinks he has won Rayne’s trust, his philandering past threatens to pull them apart.
She thought no man could ever touch her heart, until she met…The Riding Master.

His swagger was the first thing that stood
out in her mind. The sway of his hips exuded a ruthless overconfidence, but as
her eyes traveled up from the curve of his blue jeans to his wide chest and
thick, tanned arms, her temperature began to quickly climb. When she was within
a few feet of him, his thin lips twisted into a devilish smile, almost a
teasing smirk that Rayne found more offensive than alluring.
What an asshole, she thought as he
drew near.

She curiously studied the square curve of his jaw and his slightly bent
nose. His hair was thick, wavy, almost black, and was in need of a good trim.
His sunken cheekbones accentuated the tan on his face, while his high brow was
etched with a few worry lines that complimented instead of detracted from his
appearance. When he lowered his sunglasses, she noted the way his riveting gray
eyes drank in her figure.

Rayne concluded that she could never be interested in such an obvious
man. She was used to men ogling her buxom figure; her ex-husband used to do it
all the time when they had first started dating. But what was exciting in her
twenties, she now found repugnant in her thirties, making her wonder if all the
real gentlemen had gone the way of the dodo bird.

“You’re Rayne Greer, right?” His voice was a lot smoother than when he
had been shouting at his students. Tinged with a lustful, smoky quality that
many women would have found alluring, Rayne felt her uneasiness with the man
begin to gnaw at her.

He held out a thick hand to her. “Trent Newbury, the new riding master
for Southland Stables. Rebecca Harmon told me about you. She said you were
great with kids.”

When Bob rubbed his head against her back, eager to move on, Rayne
turned away from his outstretched hand to the horse beside her. “Yes, I teach
the under twelve and beginners groups for Rebecca on the weekends.”

He lowered his hand to his side, unaffected by her snub. “Rebecca told
me you showed a lot of potential.” He eyed the slender dark bay thoroughbred.
“Is this your mount?”

“Don’t have one right now. I just sold my mare a few weeks back.” He
took a step closer to her, making Bob give a short snort of surprise. “He’s
high spirited,” Trent remarked, giving Bob’s neck a pat.

Bob turned his head and tried to nip at Trent’s arm.

Trent chuckled. “Where did he learn that trick, from you?”

“No.” She shifted uneasily on her feet, uncomfortable with the close
proximity of the man. “He was abused by jockeys and trainers when he raced on
the track. No man could get near him when Rebecca first bought him. I started
working with him in hopes of turning him into a schooling horse. After a time,
I opted to buy him…or my ex bought him for me.” She noticed the way Bob seemed
to calm as Trent’s powerful hand glided over his back.

Rayne was surprised by the way his slight smile instantly warmed his
unsettling features. All of his cocky assurance disappeared and he seemed
almost genuine.

“You have the most intriguing eyes,” he murmured, staring at her. “There
are flecks of gold amid the hazel in them.”

Rayne’s toes curled in her black riding boots. “I, ah….” She diverted
her eyes to Bob. “I’m surprised he’s letting you get that close.”

“I have a way with horses. They find me…irresistible.”
So much for seeming genuine, she
reflected. “That must be a great comfort to you,” she sharply returned.
“Knowing you have such sway over four-legged animals like that. Or were you
talking about another kind of animal?”

His eyebrows went up. “Well, well, not only does your horse have spirit,
his rider seems to as well.”
“Perhaps you are confusing spirit with
sarcasm, Mr. Newbury.”

He grinned at her, folding his thick arms over his chest. “It’s Trent,
and I think you’re wrong. You have to have a good bit of spirit and wit in
order to be sarcastic. Telling people what you think of them takes a hell of a
lot of guts, too.”

“Guts or stupidity? There’s a difference. One usually gets you into
trouble, and the other is needed to get you out of it.”

Trent’s roaring laughter reverberated throughout the shed row. “Wow,
you’re a little fireball, aren’t you?” He unfurled his arms. “Are you always
like this? Or is this just for my benefit?”


Rayne’s patience with the arrogant
man had reached a turning point and she longed for their encounter to end.
“Nice meeting you, Trent. I’m sure I’ll see you around.” 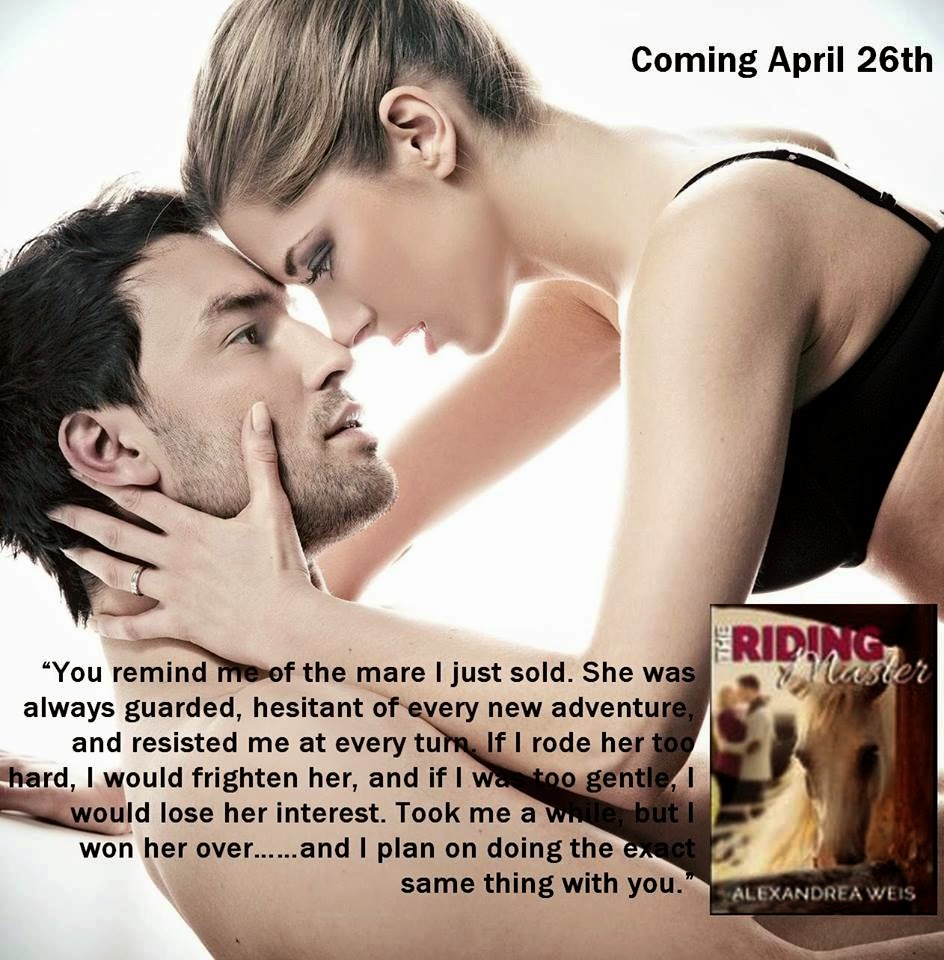 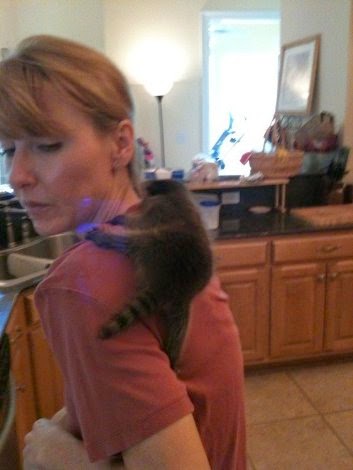 Alexandrea Weis is an advanced practice registered nurse who was born and raised in New Orleans. Her first novel, To My Senses, introduced readers to the world of Nicci Beauvoir and garnered numerous awards and rave reviews. Her popular second Nicci Beauvoir novel, Recovery, won the Gold Medal for Best Romantic Suspense from the 2011 Readers' Favorite Book Awards, and was named Best Romantic Suspense novel by the Spring 2011 NABE Pinnacle Book Awards. Her fourth novel, Broken Wings, won Best Contemporary Romance at the NABE Pinnacle Book Awards in 2012, and the Silver Medal at the 2012 ForeWord Magazine Book of the Year Awards for Contemporary Romance. Diary of a One-Night Stand, was released in August 2012 and was named a Paranormal Romance Guild's Best Reviewed of 2012. Acadian Waltz was a finalist in the 2013 Readers' Favorite Book Awards for Best Contemporary Romance and Best Southern Fiction. A permitted wildlife rehabber with the Louisiana Wildlife and Fisheries, Weis rescues orphaned and injured wildlife. She lives with her husband and pets in New Orleans.

Rayne is rebuilding her life as a lab technician and horse riding instructor.  Her heart is closed off for romance.

Trent is the new hire to oversee all the riding instructors.  He is HOT “sex on a stick” with the alpha male attitude to go with it.

Rayne is devastated after losing her father and sister in a tragic car accident while in high school.  She had to become the parent when her mom couldn’t cope.  Then her marriage ended in divorce.  She doesn’t have any trust for men left in her.

Trent is very driven and isn’t going to let Rayne walk away from him.  He has to pursue her relentlessly in the beginning. They are SUPER HOT together.  There is one scene their first week together (steamy hot phone sex).

“All the time they had spent together on the phone had strengthened her connection to him. She was less apprehensive, but despite their intimate interlude, she worried exactly what would happen when she was alone with him.”

Rayne really likes Trent a lot but she has such a hard time trusting him.  She has put up so many walls around her heart.  Can he break through them and have a chance with her?
There were many times you’ll want to slap Rayne for all her insecurities but her heart is just so insecure you can’t help but be heartbroken for her.  It’s just so hard for her to trust Trent.

“How do I feel? She breathed in the scent of dust, horses, and the slightest trace of his citrusy cologne, and suddenly she knew the answer. It has been there all along, hiding behind the shadows of doubt in her heart. But now the shadows were gone, and all that was left was her love, shining through.
I love you, Trent”

They are thrown so many twists and turns it’s hard to get past it all.  Can they make it work and have their forever or will it all be too much and they find love with others?

The epilogue was perfect..  LOVED it!!  This is my first Alexandrea Weis book but it won’t be my last.  Looking forward to The Bondage Club.