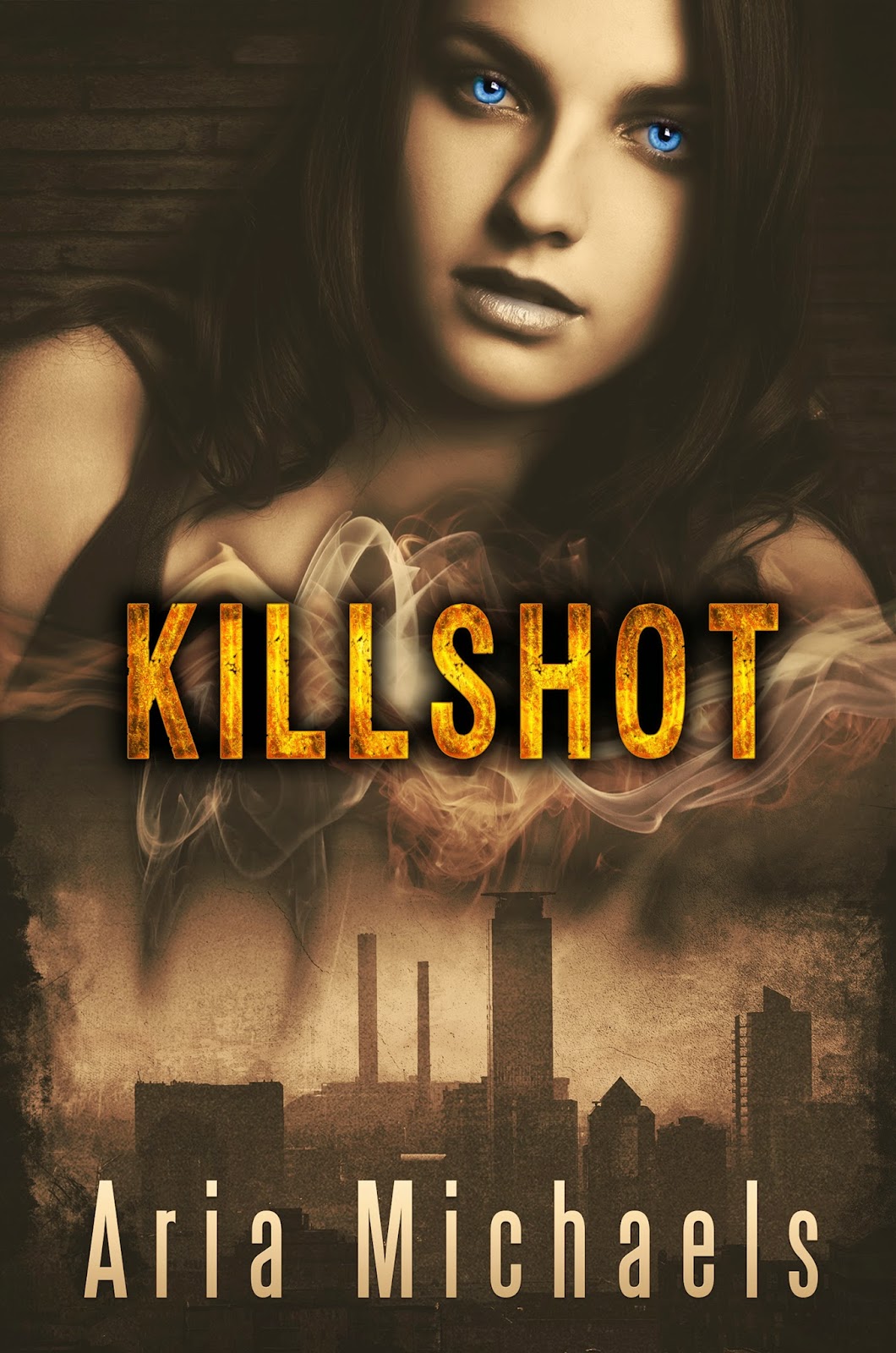 When seventeen year old Liv Larson and her brother are sent to separate foster homes, she gives up on her old life, her old friends, and her faith in God. The only bright spot in Liv’s new life is her energetic and obnoxious foster-sister, Riley. When Riley convinces her to come to the rooftop party to view Icarus, the up-coming solar flare, Liv meets Zander. For the first time in months her troubles take a back seat...that is until what should have been a small flare, erupts into a full blown solar storm.
Now, Liv and her rag-tag group of not-quite friends must find a way to survive the sweltering heat, lingering radiation, and the mysterious virus that appears to have found an ideal host among their ranks. Alliances will be formed, and battle lines will be drawn as Liv and her new friends set out on a perilous journey to save their loved ones, find answers, and reach salvation.
But, something sinister awaits them in the dark—and it’s undeniably connected to Liv.
Will Liv be able to keep her promise and reunite with her brother? Will her brave determination be enough to save them all from a rogue government, a terrifying virus, and the things that go bump in the night?
…Or was Icarus, indeed, the KILLSHOT. 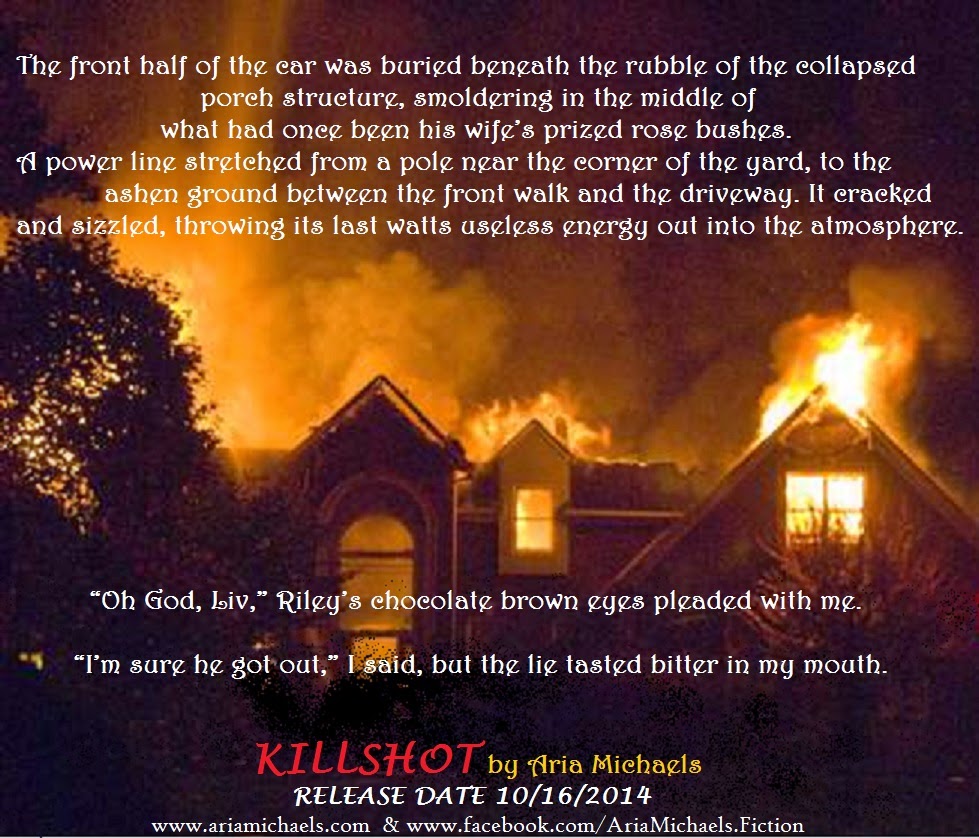 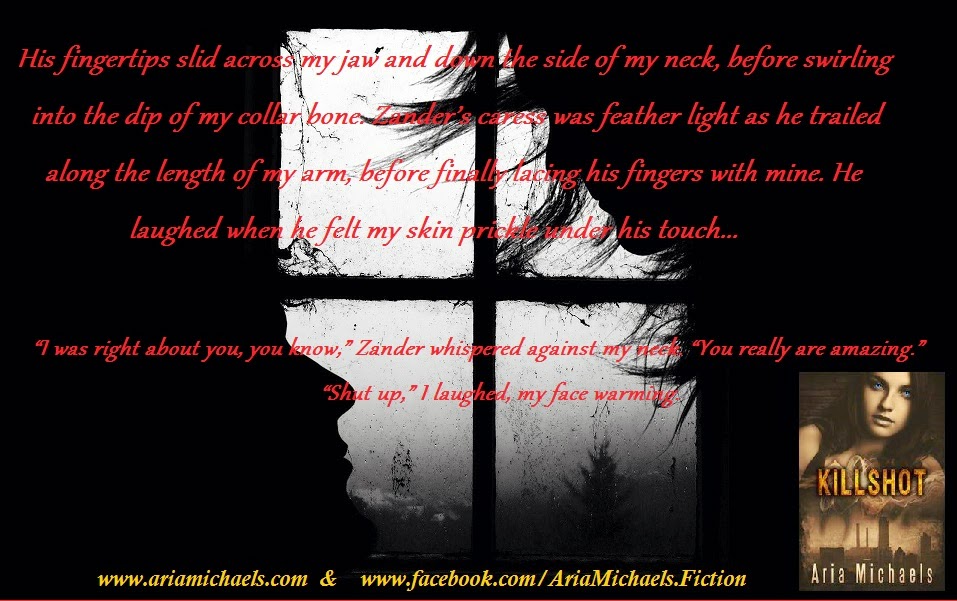 Aria Michaels lives in a small town in Illinois with her loving, patient, husband and her six (yes, SIX) energetic boys. Always the creative type, Aria fed off the encouragement of her mother, and started writing and illustrating her own stories at a very young age. Aria's passion for creation and love of the human spirit followed her to the university level where she graduated with an Associates Degree in Fine Arts, and a Bachelors Degree in Communications, with a minor in psychology.

After years of juggling parenthood with her a career in higher education, the universe finally called Aria back to her original passion...writing. When she isn't glued to her computer, or painting her next masterpiece, Aria can be found playing in the dirt with her kids, snuggling up to a good zombie flick with her husband, or sipping a glass of wine by the fire with friends.

‘Killshot’ is the amazing debut by Aria Michaels, and let me tell you it is one hell of debut at that.

This book will have you engrossed and on the edge of your seat throughout its entirety. I was hooked, and fell in love with the story as well as the characters.

I don’t want to go in to too much detail on this book as there are so many aspects and layers to it that I don’t want to ruin it for everyone. But, what I will say is the synopsis for this book really does not do this book justice. It may not sound like your cup of tea, but believe me...You Will NOT be disappointed.

Olivia ‘Liv’ Larson has got to be one of the strongest characters I have come across in a while. She is strong, brave and takes charge when the shit hits the fan. Everyone looks to her for guidance and she takes it in her stride, all the while trying not to show just how terrified she is.

“Listen to me, Liv Larson. You are, by far, the most stubborn, exhausting girl I have ever met in my life. You insist on doing everything the hard way, you constantly put yourself in danger, and you have absolutely no sense of self-preservation....but you are also the smartest, strongest, most brave person I have ever known. You have this energy about you that feeds the courage of those around you. I know you have your doubts, but the rest of us do not share your opinion. Like it or not, you are a natural born leader...and we would follow you over a cliff.” ~ Zander

Zander, is hot. Really hot, and the moment Liv meets his eyes, there is an inexplicable pull towards him, one which she doesn’t understand nor like.

“Despite my fervent resistance, this boy I had known for less than twenty-four hours, had managed to awaken a part of me I had forgotten existed. From the moment Zander walked into the diner, I had found myself inexplicably, and undeniably, drawn to him. I could not explain it, but there was something about him, and I had no idea what that something was, just that it made sense. The connection, however confounding, felt right to me, and no matter how hard I tried to deny it, I knew I could not walk away from it—from him.”~ Liv

Aria does an amazing job at helping the reader understand everything that is happening and why. You can tell that it’s very well researched and you really get a feel and picture of what everything much look like.

And, although this is a Dystopian genre novel, full of suspense, and anguish, there’s also a bit of romance...Now you really can’t go wrong with that.

The characters are very well developed and very loveable. Although you have the two main characters, Liv and Zander, the secondary characters play just as an important role. They each bring a specific attribute to the group in the fight to survive. The way they stick together and deal with what’s happening is commendable and inspiring.

The emotions are very much believable and relatable to the situation and are dealt with a kind of maturity you don’t expect to see that of people at that age.

I was intrigued to learn about the solar flare itself and why it ended in the way it did. It’s gripping but very believable at the same time. It’s the type of situation that you can actually see happening in real life.

This is a story of survival, friendship and the road to salvation.

With dangers along the way and betrayal among the people you believe are there to help, Liv, Zander and the rest of the group must stick together if they want to survive.

Bravo Ms. Michaels. Bravo, for this truly remarkable book. I look forward to the next book and every other book you release in the future.

I very highly recommend this book, and will not be disappointed at all. 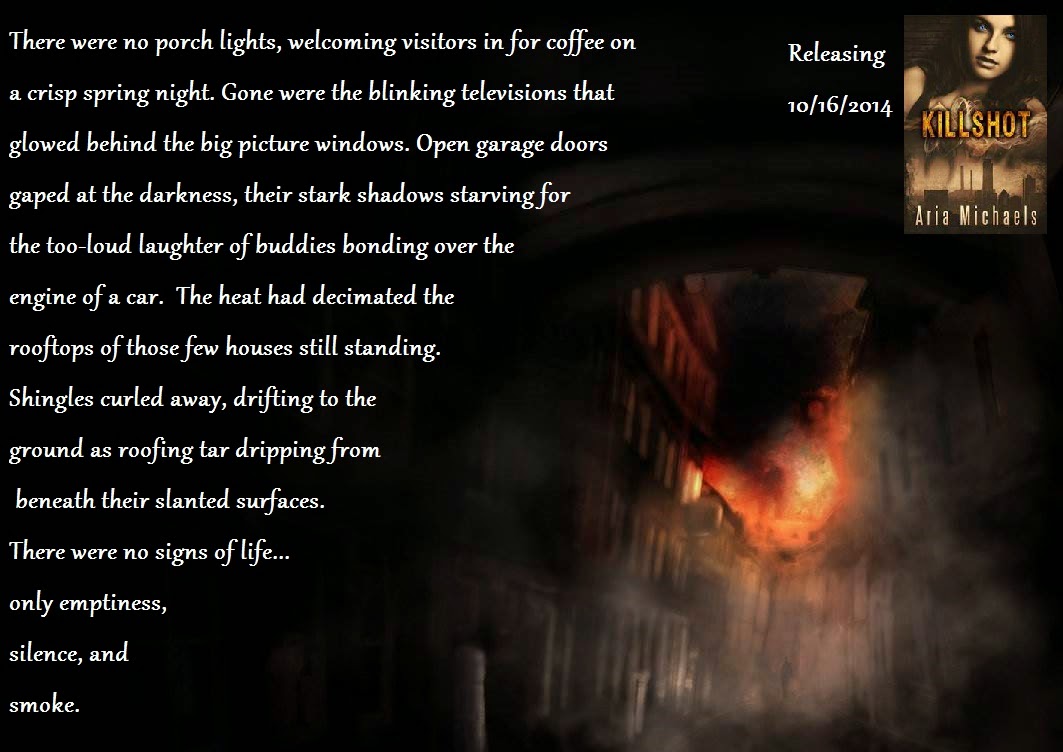