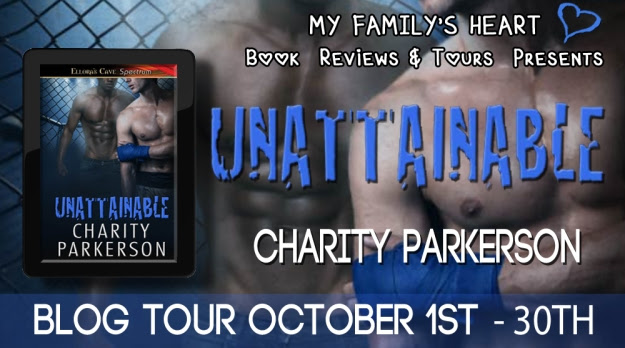 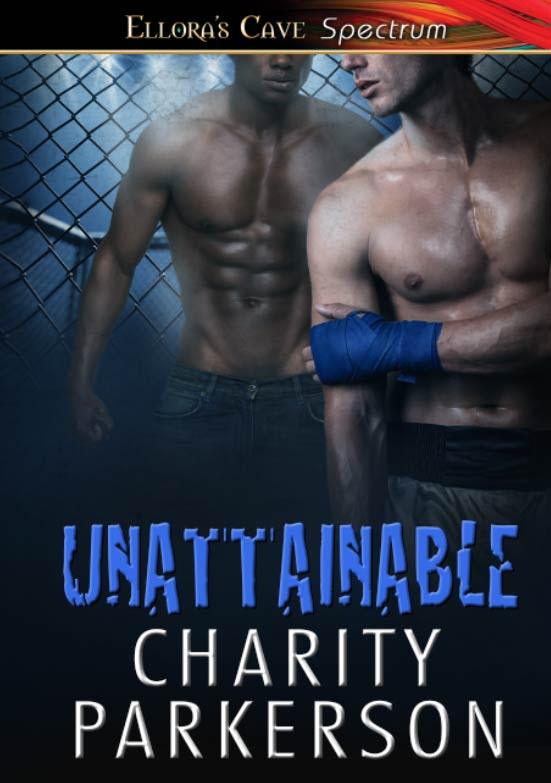 Book 5 in the No Rival series

A career-ending injury leaves Brian reeling. With no clue what he’ll do now that his dream of becoming an MMA champion is over, he is shocked at an unexpected offer of help from a former champ.
Terry has seen the top and is happy with his life in retirement. However the chance to help a fellow fighter regain his dream is something he can’t resist.
When Brian accepts Terry’s offer, the sexual magnetism between them catches Brian off guard. Keeping his attraction hidden becomes a bigger challenge than regaining his strength. Plus, Terry’s mixed signals leave Brian frustrated and confused.
Though Terry is just as hot for Brian, he has secrets that could tear their budding romance apart. But he simply cannot resist the pull Brian has over him or the heat between them. Through it all, both men discover that love really can conquer all.
Inside Scoop: This male/male romance will leave you hot but most definitely not bothered.
A Romantica® contemporary gay erotic romance from Ellora’s Cave 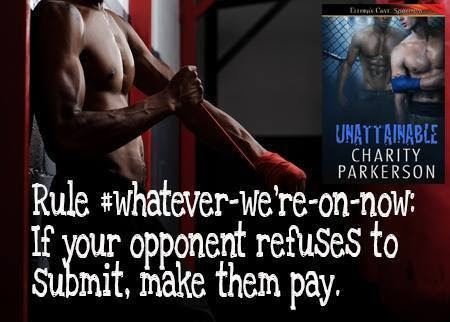 “I never drink and you’re going to make me drink alone?”
A grin tugged at Terry’s lips at Brian’s sullen comment. “You need the fortification while I’ve had more than my fair share for one lifetime.”
Brian’s speech was already beginning to slow down. “It’s not right to leave a man hanging.”
“I have to drive you home and I don’t drink and drive.”
Brian slipped down an inch in his chair. Crossing his arms over his chest, he stared at Terry through his lashes. “I could stay here.” Although Terry doubted Brian’s proposition was intended the way he would’ve liked, it still caused his cock to lengthen. “It wouldn’t be the first time I slept in a chair.” That statement might have taken the bite out his arousal if Brian’s tone hadn’t gone sultry. Not to mention, his eyes darkened. Terry shifted in his seat to hide his erection. The expression on Brian’s face was hot as hell.
“I wouldn’t let you sleep in a chair.” He hoped Brian was now wondering where he would allow him to sleep. Of course, the answer was nowhere. If Brian stayed, neither of them would get any rest.
Brian tossed back another shot before straightening in his seat. “If I’m not staying then I’d better go home. I’d hate to pass out on you and like I said, I don’t drink often.”
With a nod, Terry stood. Brian attempted to follow suit but swayed on his feet. Racing forward, Terry caught him before he could hit the ground. The motion left them chest to chest. A nervous sounding chuckle vibrated from Brian. Terry could feel it against his skin. Their gazes met. The sound died.
“You’re very bossy,” Brian said, surprising a chuckle from Terry.
“You’re very drunk,” Terry countered.
Brian didn’t move away. Neither did Terry. “I’ll get over being drunk, you’ll always be bossy.”
“I have a feeling—if you remember any of this tomorrow—you’re going to be horrified.”
Brian was staring at his mouth. He shook his head. “Nope. I haven’t done anything to be embarrassed about...yet.”
Terry marveled over the way Brian’s eyes gave away his every emotion. They seemed to flash from light to dark brown and back again as he visibly struggled against his desire. Unable to keep from doing so, Terry gave him an extra shove. Using his voice against him, he allowed a hint of his growing lust to seep into his tone.
“Do you intend to?” With his gaze still locked on Terry’s mouth, Brian nodded. “Do it,” Terry taunted. The words barely passed his lips before Brian claimed his mouth. For Terry, it was like tossing gasoline on already raging bonfire. It was everything he’d fantasized it would be with an extra helping of expertise tossed into the mix. The way Brian’s tongue stroked the roof of his mouth before slipping away and reappearing again left Terry with no choice except to chase after it. The moment he thought he had him, Brian sank his teeth into Terry’s bottom lip, tugging gently. Terry gasped. He couldn’t remember a time he’d been this close to coming in his jeans, especially from nothing more than a kiss. At the sound, Brian turned his face away, resting his forehead on Terry’s shoulder. His shoulders heaved as he visibly struggled to catch his breath.
“The room is spinning.”
Terry clamped his back teeth together. His muscles seized tight as he attempted to control his lust. “That’s because the world tilted,” Terry said once he found his voice.

OTHER BOOKS IN THE NO-RIVALS SERIES 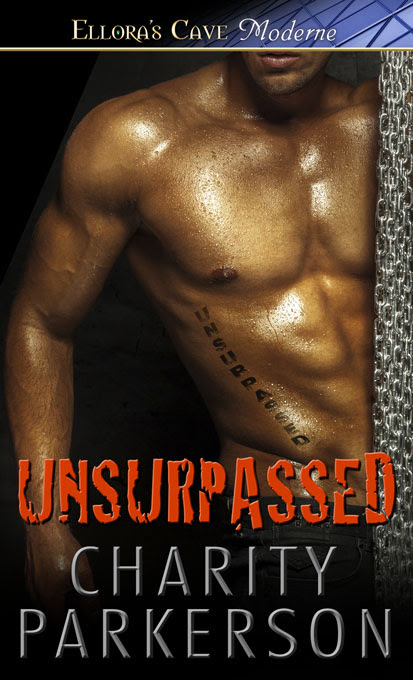 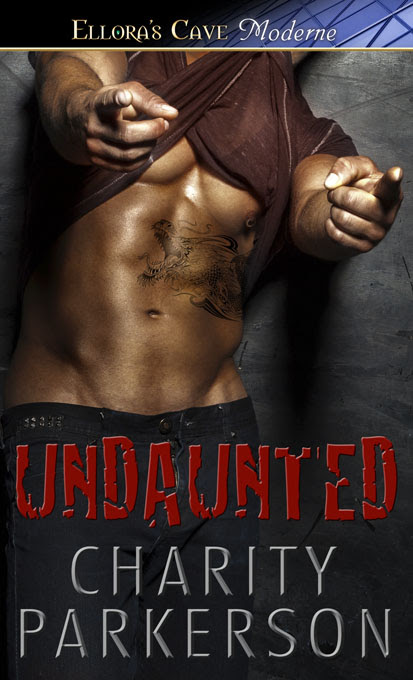 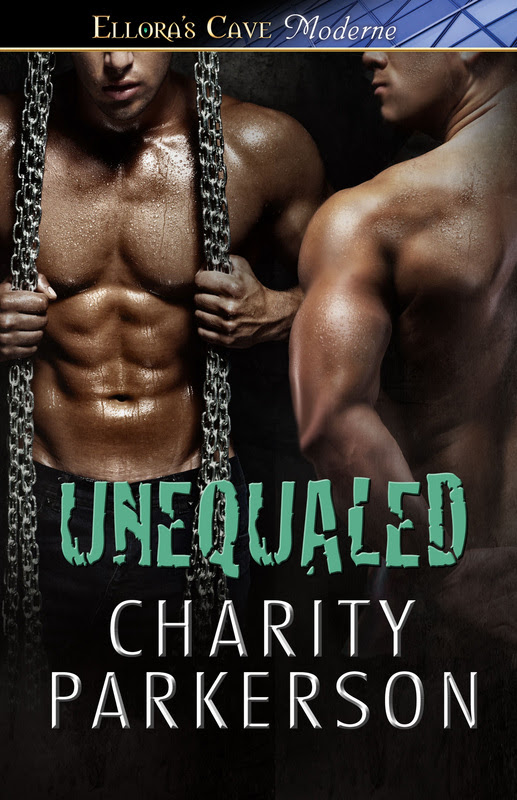 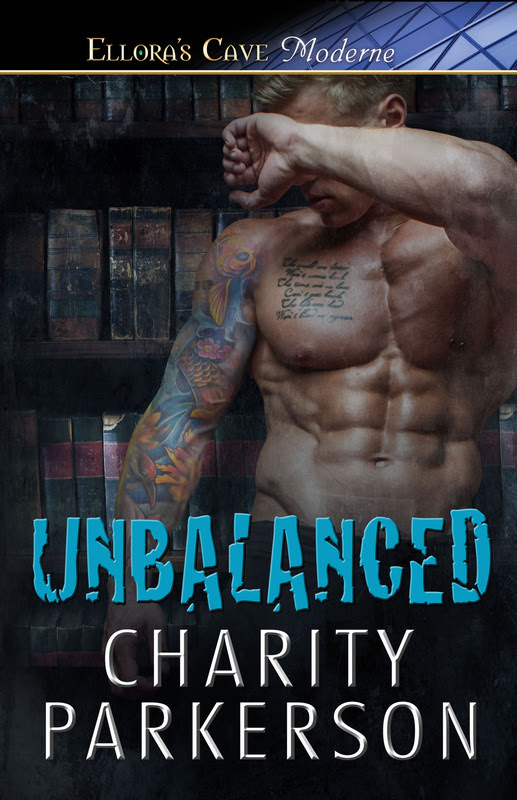 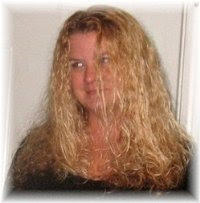 Charity Parkerson is an award winning and multi-published author with Ellora's Cave Publishing. Born with no filter from her brain to her mouth, she decided to take this odd quirk and insert it in her characters.
*2013 Readers' Favorite Award Winner
*2013 Reviewers' Choice Award Winner
*2014 Readers’ Favorite Award Finalist
*2014 Ankh Award Nominee
*ARRA Finalist for Favorite Paranormal Romance
*Five-time winner of The Mistress of the Darkpath

A “No Rival” t-shirt and a set of 3 autographed bookmarks
a Rafflecopter giveaway
Tour Hosted & Organized by: