**Release Day Blitz** The Art Of Love by Michele Shriver

The Art of Love by Michele Shriver
Published on October 21, 2014
Goodreads 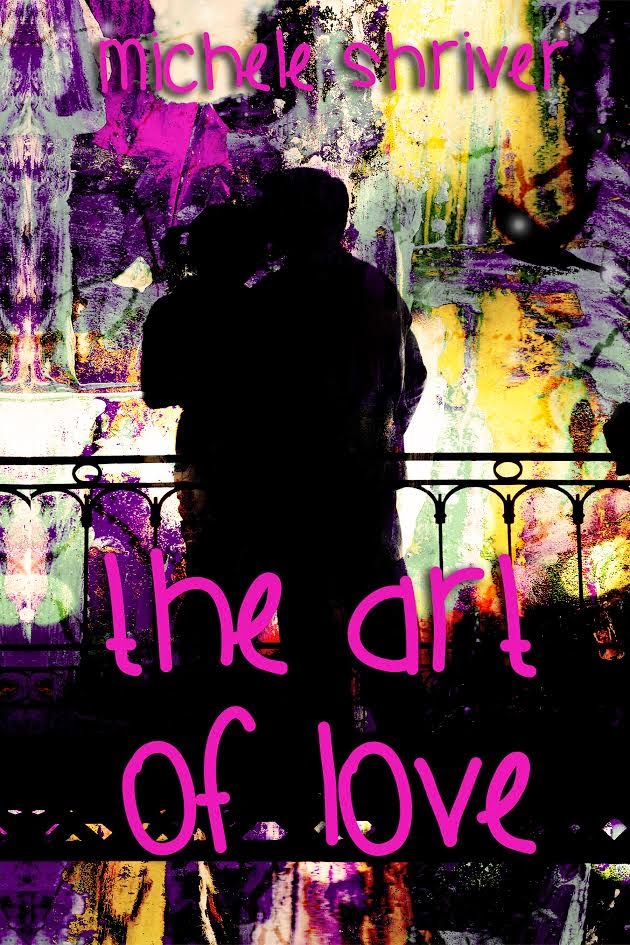 Chelsea Matthews has a simple dream—travel the country on the art fair circuit selling
her hand-crafted jewelry. When her disapproving father refuses to release her
trust fund money to support her ambitions, she takes a part-time job in a campus
gallery. While counting the days until she can be free of its stuffy confines,
an unexpected temptation comes in the form of a sensitive painter.

For Hayden Shaw, having his paintings displayed in the finest galleries is the true
measure of an artist’s success. When the pursuit of his goal puts him in
contact with the free-spirited Chelsea, his world is turned upside down.

Can two seemingly opposite artists find middle ground and discover the art of love,
or will a gallery curator with an agenda of her own undermine both their
dreams?

Hayden Shaw stopped and took a deep breath. Whittier Gallery. The name was etched on the door, and underneath that, in smaller letters, Marissa Kincaid, Curator. Was she the woman who would change his life?

A chime sounded as Hayden pulled the door open and walked inside, a portfolio of his work tucked under his arm. He had a pitch prepared as to why this particular gallery should feature his art. That same pitch hadn’t gone over well at the last gallery he visited, but he was undeterred.

A woman sat behind the desk talking on the phone and she gestured in his direction that she was almost finished. Not wanting to eavesdrop, Hayden nodded and wandered in the direction of one of the displays. It featured oil painted scenes of the Boston Harbor, and he couldn’t deny the skill of the artist. Did Hayden’s own work belong here? Was he good enough?

No negative thoughts, Shaw, he chastised himself. Hayden remembered the pep talk his roommate had given him before he left. He had to be bold and confident.

“Sorry to keep you waiting. Can I help you?”

Hayden turned around to face the woman as she stepped out from behind the desk. “I hope so. Are you Ms. Kincaid?” As he studied her face, though, Hayden doubted it. The woman facing him didn’t appear much older than his own twenty years. He doubted she was old enough to be in charge of a prestigious art gallery.

She shook her head and tucked a wayward strand of light brown hair behind her ear. “No. I’m Chelsea Matthews. I just work here.”

“Hayden Shaw.” He extended his hand. “It’s nice to meet you.”

“I’m a student here at MassArt,” Hayden said. “I understand you display student work, and I have a portfolio with some pictures of my paintings—”

Hadn’t he made that clear? Hayden tried again. “I’m painter and I’m interested in having my paintings displayed here. I do photorealism, so they’re paintings based on photographs. I didn’t want to lug the originals all the way across campus, so I brought pictures of them.”

“So, pictures of paintings of pictures is what you’re saying.” Chelsea’s face carried an amused expression, and Hayden wasn’t sure how to take it. Was she making fun of him, or rather his style? Not everyone understood or appreciated photorealism. Maybe this gallery wasn’t the right place after all. Or was she simply trying to joke around? He didn’t always get people with quirky senses of humor.

“I guess you could say that.” He set the portfolio on the desk. “Would you like to see them?”

“I could look at them, but it’s not up to me whether the gallery will showcase your work,” Chelsea said. “Can you leave this so I can show Marissa?”

“Good. She should be back in a little later,” she said. “Can I ask you something, though?”

He had the speech prepared as to why he felt this gallery was a good fit, but truthfully it wasn’t much different than the one he gave at the previous gallery. Besides, he didn’t think that was what she wanted to hear. “I’m not sure what you mean?”

“I mean what’s the appeal here? What’s so special about galleries?”

Was she serious? She worked in a gallery, and she wanted him to tell her what was special about them? “I want people to see my work.”

“Then why not display it around campus? In the classroom buildings, stairwells, wherever. People do.”

He knew that. It was impossible to walk anywhere on the MassArt campus without seeing student artwork on display. While it made for an interesting environment, seeing paintings in stairwells, sculptures on the grass and metal works hanging from a tree, Hayden didn’t quite understand why it was such a popular thing to do. “I want people to be able to appreciate my work.”

“Who’s to say that the folks walking down Huntington Avenue can’t appreciate it?”

She had a point, and Hayden was left unsure how to respond. “It’s not the same.”

“You mean you want someone to appreciate it by buying it.” Her lips curled up in a smile. “Am I right, Hayden Shaw?”

She was, and Hayden hated how materialistic she made him sound. He stuck his hands in the back pockets of his jeans and averted his gaze to the floor.

“Oh please, don’t be embarrassed.” Chelsea laughed. “Making money is a noble goal. I certainly want to make money from my art.”

“You’re an artist too?” Hayden regarded her with curiosity. “What kind? Are you a student here?”

“Yes. Jewelry and metalsmithing major.” She reached up and touched the necklace she wore, holding it out for him to see. “I made this.”

For the first time, Hayden examined it. It looked to be made out of Scrabble tiles, spelling out the letters F-R-E-E. Art was definitely in the eye of the beholder, but he found the necklace oddly appealing, much like the woman who wore it. “It’s very unique,” he said. “Are you? Free, that is?”
Mischief danced in her hazel eyes. Pretty eyes, he decided. Not unlike the rest of her. “It depends on the context in which you’re asking.”

“A woman of mystery. I like that,” Hayden said, then wished he could take the words back. The conversation had veered dangerously close to flirting, which probably wasn’t wise given that he hoped to have a business relationship with this gallery. “Is your work on display here?” His eyes scanned the gallery showroom for any cases that might house jewelry.

She shook her head. “No. Galleries aren’t my thing, and my work’s not Marissa’s thing.” She shrugged. “I’m hoping to go on the art fair circuit this summer, after graduation.”

Why would anyone pass on a prestigious gallery in Boston in favor of the capital of Iowa or a city most famous for barbecue? “Are you from the Midwest?” Hayden asked.

“Then I don’t see a connection,” Hayden said.

“The cities I just mentioned host some of the best art fairs in the country,” Chelsea said. “Surely you’ve heard of them.” She said it as if she expected everyone had.

Hayden shook his head. “Sorry to disappoint you, but no. Art fairs aren’t really my thing.” He didn’t get the appeal of traveling to cities in the middle of nowhere, peddling art on the street. “No offense, but have you considered aiming a little higher?” Okay, so the Scrabble necklace was kind of strange. Some people liked strange.

The amusement that once reflected in her eyes faded, and Hayden knew at once that his words had offended her. “No offense, but have you?” She retorted before turning away from him. “I’ll show Marissa your pictures when she gets back.” 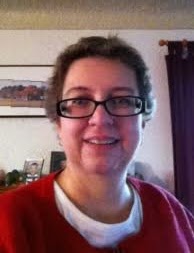 Michele
Shriver writes women’s fiction and contemporary romance. Her books feature
flawed-but-likeable characters in real-life settings. She’s not afraid to break
the rules, but never stops believing in happily ever after. In her free time,
Michele enjoys football, hockey and reading a good book written by someone
else.