**Blog Tour** Driving me to Christmas by Julie Farrell 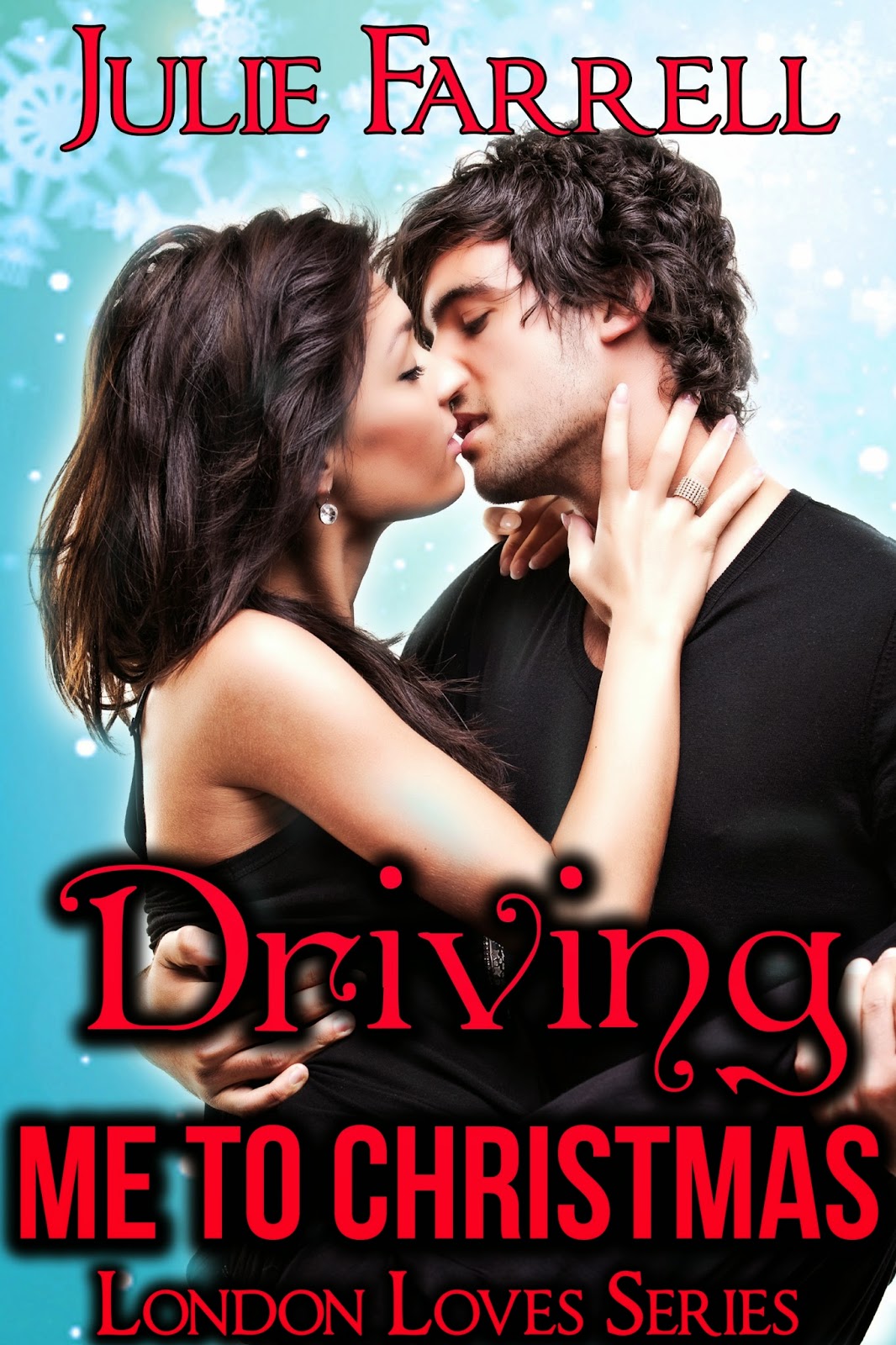 Warning: Contains steamy scenes galore, a trip to a swingers’ party, and smidgen of M/M loving!

All Samantha wants for Christmas is for her boyfriend, Verlaine, to propose. It’s what Verlaine wants too, but circumstances keep scuppering his plans for a romantic moment to get down on one knee.
When Verlaine’s ex-girlfriend pops back into their lives for Christmas in London, Sam tries to be nice. But the ex seems determined to stir things up between Sam and her future in-laws, as well as between Sam and her man. And apparently she’s not afraid to play dirty.
Follow Sam on a festive frolic, as she makes a stand for her man and ensures that, this year, all her Christmas wishes will come true.
Driving Me to Christmas will add spice to your stockings this holiday! 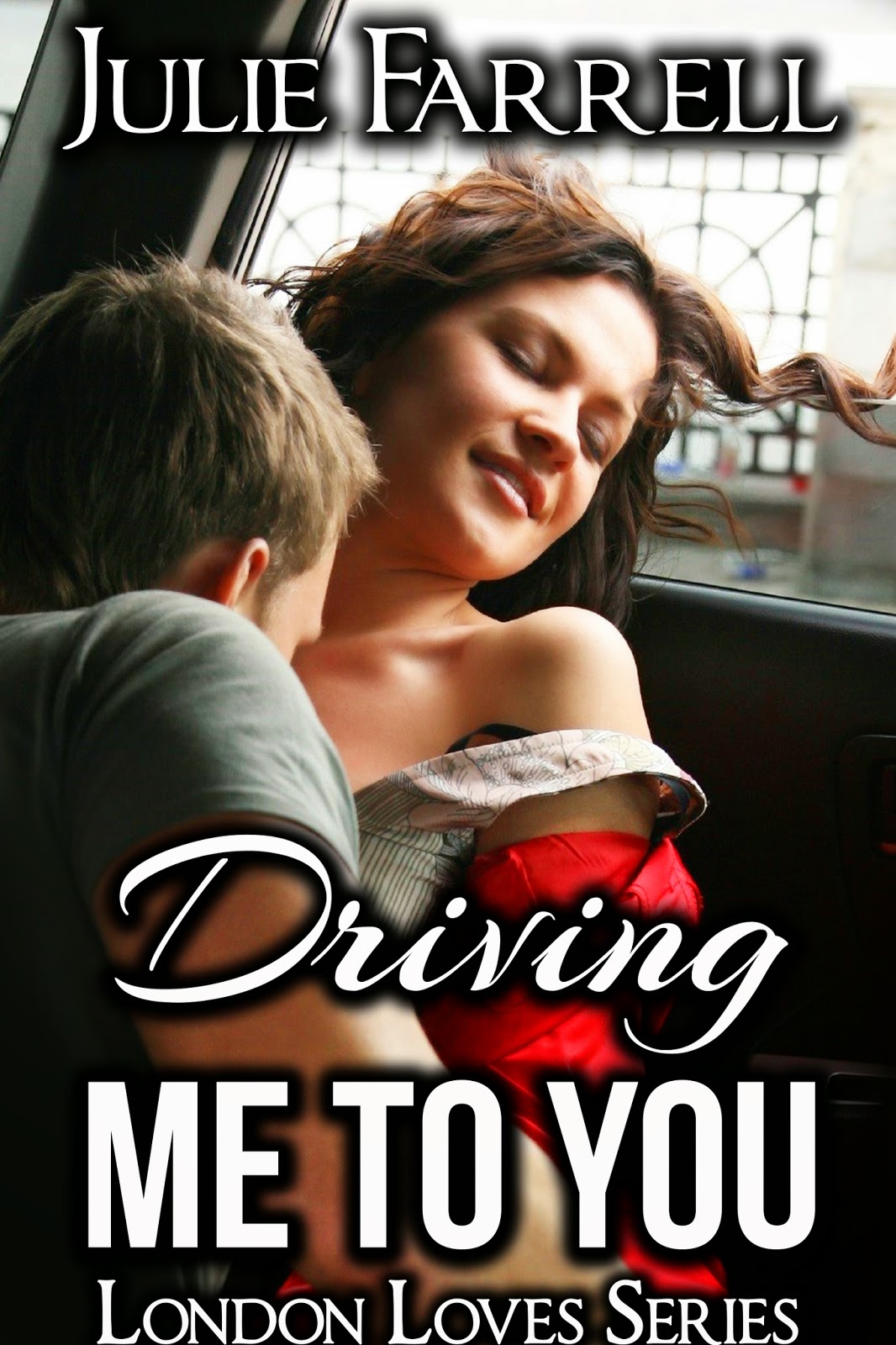 Do You Love Steamy Romance?

*Warning: Contains explicit steamy sex,
hot gay romance, and a bang up against a Bentley!
When Sam meets her sister’s sexy
mechanic, Verlaine, she instantly falls for those gorgeous brown eyes and
rugged charms. Soon a steamy romance begins! But unfortunately, there’s
unfinished business between Sam and her ex-boyfriend, the charismatic billionaire,
Marcus.
Sam’s sister, Gemma, knows that only
Marcus can save her vintage-car business from bankruptcy, but Marcus is
determined to win back Sam and save the day. He certainly won’t let the hired
help muscle-in.
Will Sam choose the penniless new love
or the wealthy ex? And how will she tame her childhood nemesis, the classic
Bentley, to become the strong and powerful woman she’s always wanted to be?
Throw in some hot gay romance, and
you’ve got an exciting joyride to rev you up and set you free! 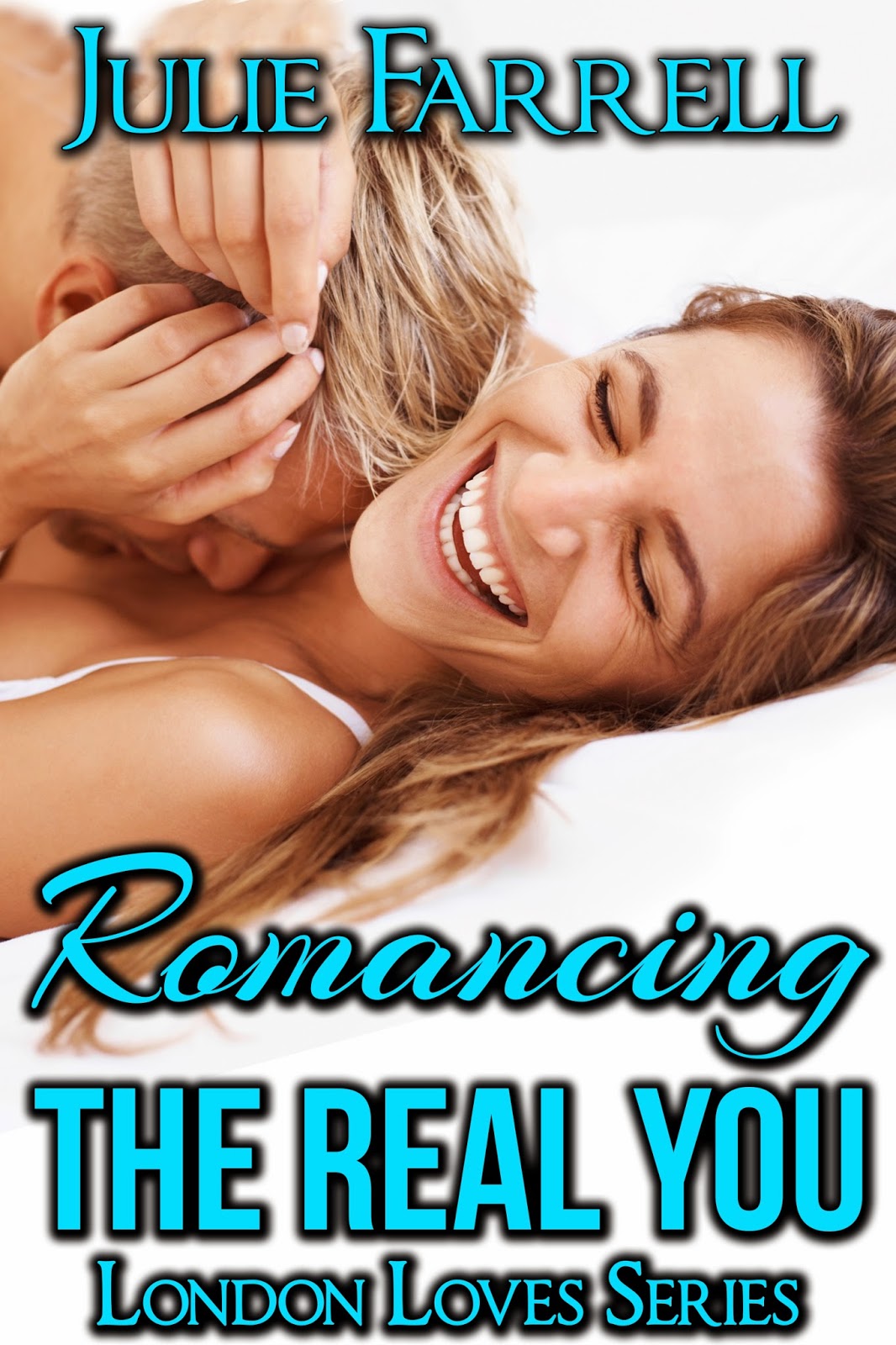 Do You
Love Steamy Romance?

*Warning: Contains explicit sex, a hot male
stripper, and the truth about psychics!

Eva is a sexy psychic who wants to be
adored. She's shacked up with C-list celebrity, Victor Valentine, hoping to use
his status to boost both their careers to superstardom.
Her delightful assistant and former
stripper, Charlie, knows she's happiest when she's being the real Eva, and the
friction sizzles between them in each steamy love scene! But Eva's plans
involve deceiving her way to the top, which Charlie knows won't make her happy.

To make matters worse, sworn enemy, Max
Richards, is a podcaster determined to expose Victor and Eva as fraudsters. His
dream is to nail them live on TV.
Will Eva choose Victor, fame, and
fortune; or Charlie, the man who wants to show her that it's better to be loved
by one than adored by thousands?
Although part of a series, London Loves
books do not need to be read in order. 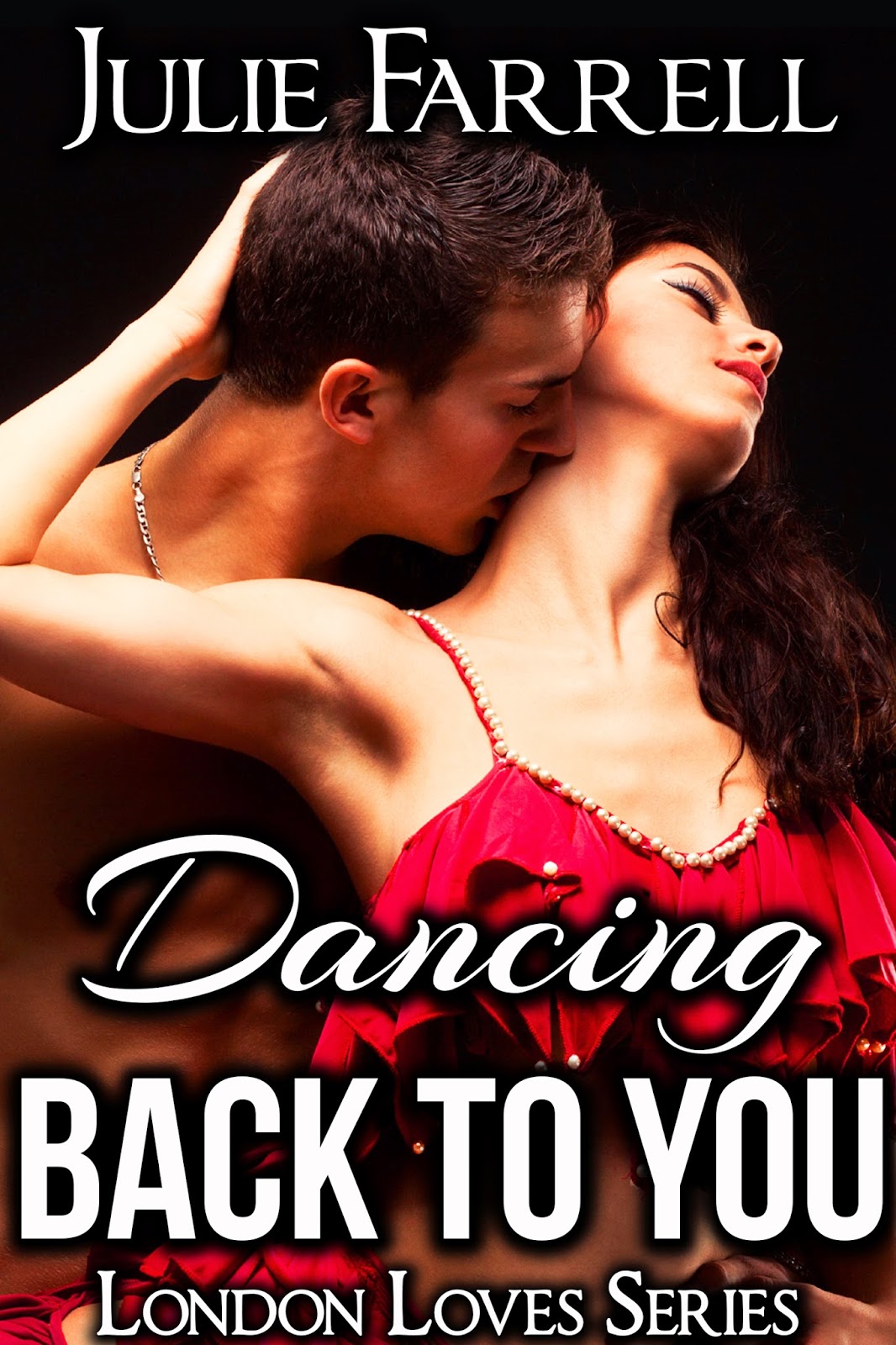 Dancing Back to
You (London Loves Series Book 3)

Do you
love steamy romance?

*Warning: Contains gay sex, straight sex, and a
foursome fantasy!
Sam adores her gorgeous boyfriend
Verlaine; he’s a tough guy with a big heart. Their steamy sex-life sizzles in
the bedroom, and outside the bedroom Verlaine is caring and courageous. He
risked his life a year ago trying to save Sam’s ex from a house fire, but
unfortunately he’s now paying the price with PTSD flashbacks and an edgy
anxiousness.
Verlaine wants nothing more than to
make dance-loving Sam happy, but his anxiety and two left feet make that
difficult. When he succumbs to a split-second of poor judgment and ruins their
night at a friend's wedding, Sam tries to understand, but they both know his
self-doubting jealous streak could be as much to blame as his PTSD.
Can Verlaine dance his way back into
Sam's life (and bed) and learn to cool his temper, before she gives up on him
forever?
Contains steamy scenes a-plenty! The
supporting cast includes a hot gay couple, a powerful woman with a lustful eye
on Sam, and a sexy male stripper, who’s willing to teach Verlaine how to dance
and how to romance his girl again. Do You
Love Steamy M/M Romance?

Excerpts
from the other books

Driving
Me to You
Sam gripped each end of the tie
like the reins of a horse, then she raised her eyes and studied his lips,
gently parted. He was very kissable – very fuckable. He smiled into her eyes,
making her heart squirm. He could easily reach out and embrace her from here,
and Sam wondered whether he was attracted to her – she knew she was quite
pretty. Her top lip twitched. She focused on wrapping the silky material into a
half-Windsor knot – over, under, through… bind it around my wrists to hold me
in place – I’m all yours!
She stood back, quivering inside.
“There we are. How does it feel?
He smirked. “Like I’m being hung.”

Romancing
the Real You

Charlie reached out and rubbed the
suds into her breasts, fondling them for his pleasure and for hers, then he
moved one hand down and slipped it between her thighs, caressing her tenderly
with his fingers. His only desire now was to give her absolute pleasure. She
gasped and grinned, letting him know he was doing the right thing. His inner
body juddered.
He kissed her passionately. “I need
to lick you.”
He dropped to his knees. Their
position under the jet of steamy water kept their wet bodies warm, but Charlie
knew he could get Eva much hotter than this. He ran his hands over her toned
buttocks, sliding his fingers between her thighs, and tonguing her clit.

Dancing
Back to You

The orgasm took her, and she let
out a groan. The feel of her pussy gripping him tight shoved Verlaine over the
edge and he came, too, losing himself in the moment and feeling the world spin
joyfully around him. He thrust harder into her – once, twice, three times –
feeling them merge together, as one. Then Verlaine started to land back to
earth, but he realised Sam’s pussy was still contracting and pulling him
inside. She was leaning back slightly now, so he studied her blissful
expression. He was so in love with this beautiful woman. Sam breathed heavily
and scrunched up her eyes as she slowly drifted back to reality. Then she
opened her eyes and gazed at Verlaine. She burst into giggles, and he laughed,
too.
He ran his hand through her damp
hair and kissed her on the nose. “God, I love you!”

Scott positioned himself firmly
behind Paul, then spanked him a couple of times on the ass, making Paul groan
hard. Before he could recover from that
delight, Scott was rubbing his erection over Paul’s balls and thrusting his
hips into him. Paul grabbed his own cock and absentmindedly jerked himself off,
breathing deeply and bracing himself. Then he felt the head of Scott’s cock
enter his rim. The ecstasy shot up his spine, almost pushing him off balance.
He panted and tried to relax. Scott gently penetrated him further with the tip
of his erection.
“Feels so good.” Scott whispered,
grasping Paul’s buttocks with both hands and easing them apart.

Driving Me to You #1

Romancing the Real You #2

From panic to published!

I write steamy romances that will make your heart pound hard and your thighs surge with desire! 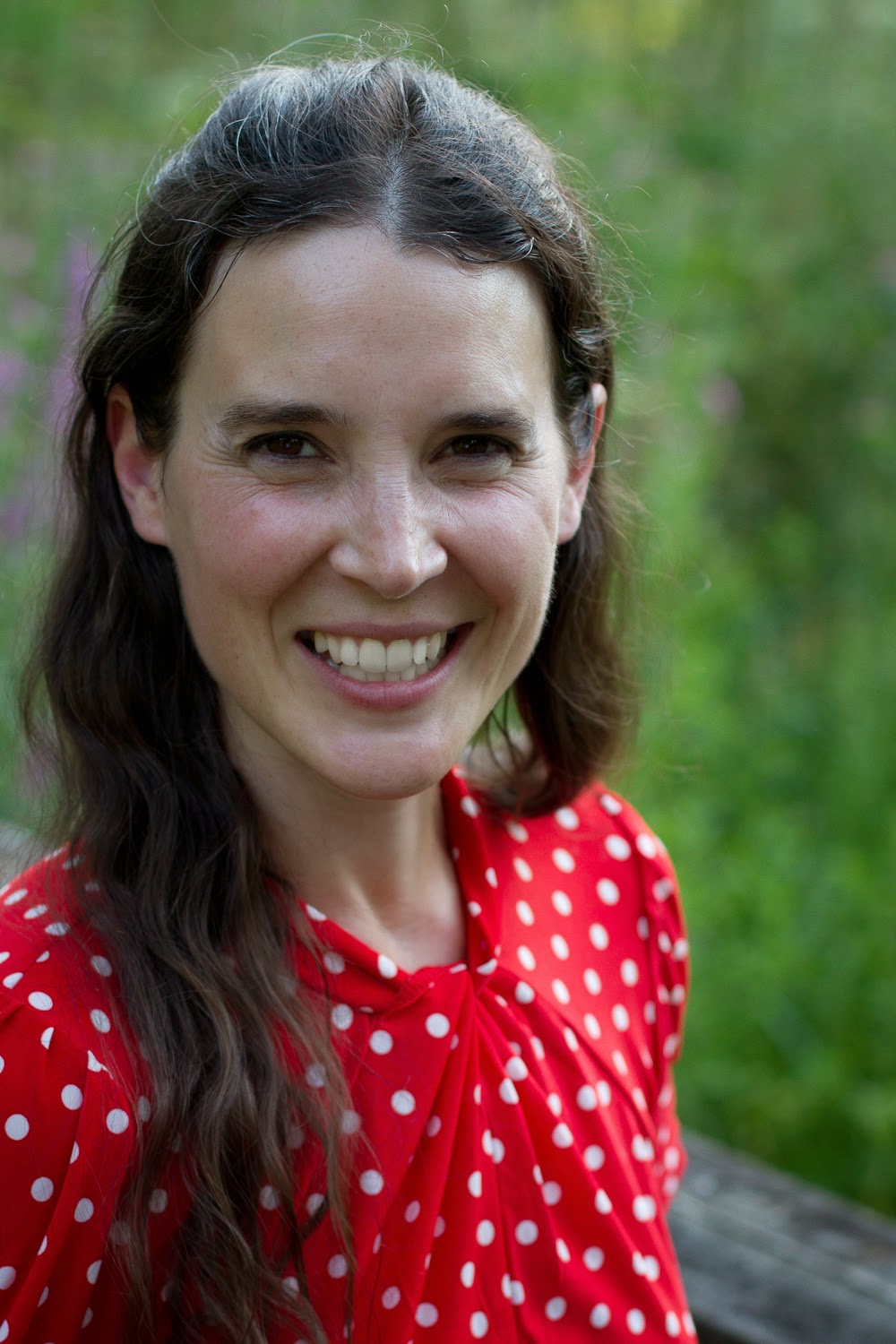 There was a time, not so long ago, when all I wanted was to stop my heart pounding hard and my mind surging with fear. You see, I suffered with panic attacks. The fear debilitated me on a daily basis, and the feelings of weakness undermined my self-esteem. This 'fear of fear' became so immense that there were times when I was scared to even go outside of my home.

At those times, all I wanted to do was write, because my imaginary world of fiction provided a soothing escape from reality. The strong female characters I created allowed me to pretend everything was okay in my world. And the sexy men in my fictive imagination were protective, loving, and strong.

I've never been someone to give up! Even at my lowest, I knew I could and would recover. Thanks to a great support network, a wonderful self-help book (The Panic Attacks Workbook by David Carbonell), and my own patient determination I experienced my last ever panic attack in January 2013. Then, in April 2014, I proved how strong I'd become by backpacking with a friend in the chaos and heat of India - something that had filled me with dread back when my fear was dominating my every waking breath.

But nothing in this life is ever a waste. During the years when I was suffering from panic attacks, I learnt to write well! I honed my craft, and when I came out the other end, I was ready to self-publish, knowing that if I can cope with panic attacks and survive, then I can become a successful indie author too! My books are the products of this amazing journey that I've been on, and now I can't wait to find out what other delights await me, just around the corner!

Never give up on your dreams, and don't let the setbacks of today ruin your tomorrow! You can do it - just like I did!

Would you like weekly FREE steamy scenes in your inbox? Join my newsletter for a regular Friday thrill http://forms.aweber.com/form/12/1524879912.htm (You can copy this link into your browser) 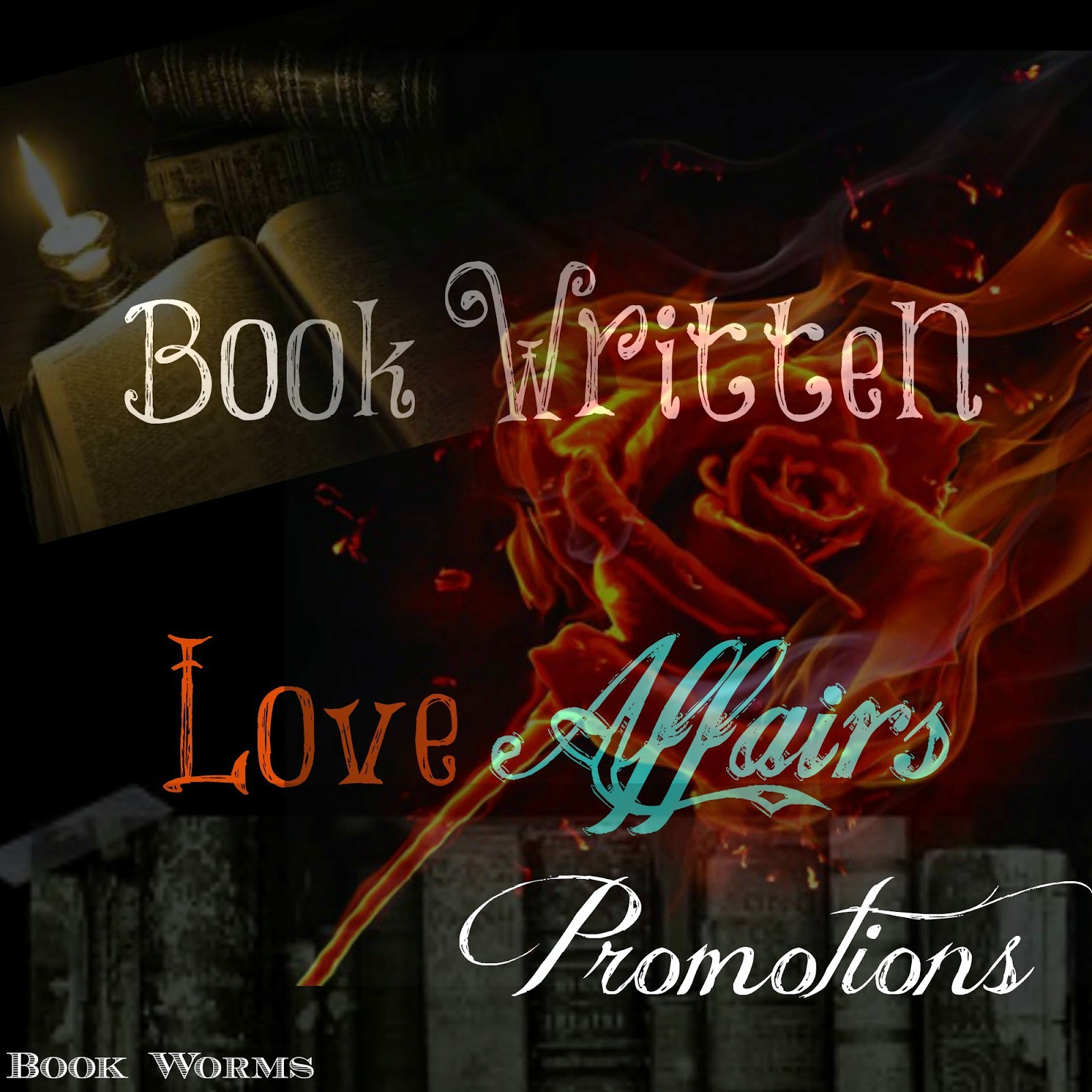