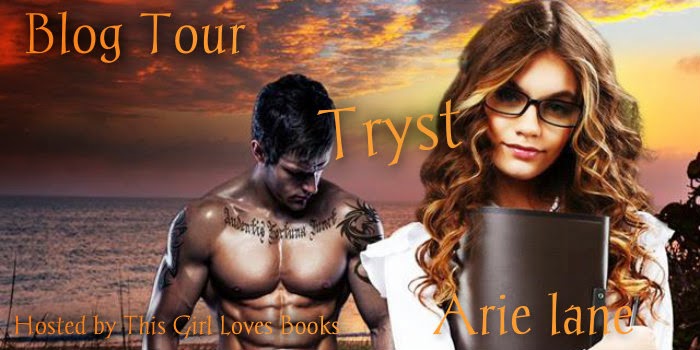 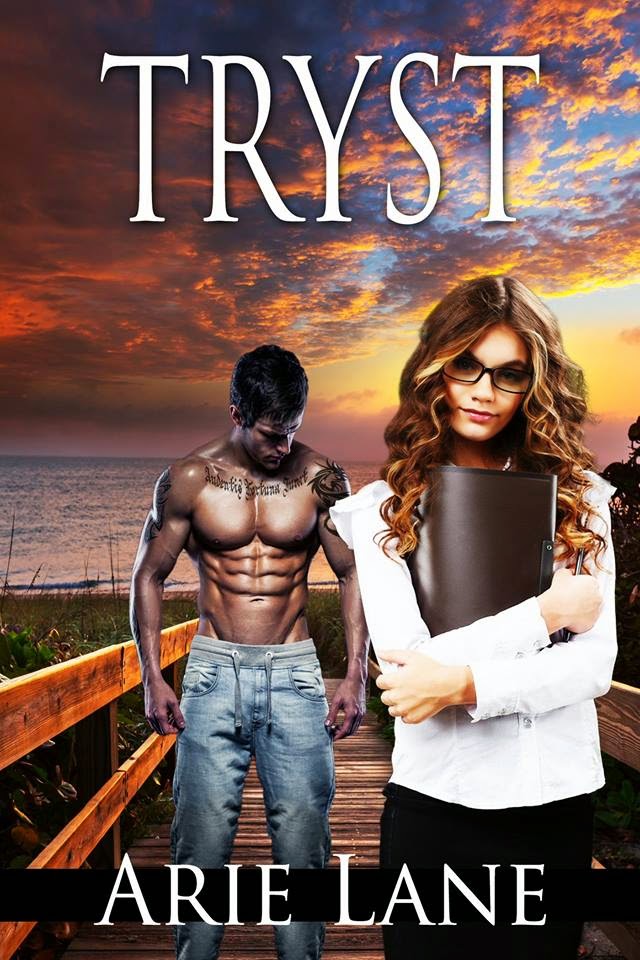 ***WARNING*** This book is intended for 18+ due to strong language, violent scenarios, and sexual content.
Bentley Celeste is a witty, foul mouthed, reclusive, dark romance writer. She lives her life in solitude, hiding from her painful past and the one person hell bent on destroying her future. She doesn't have time for relationships and has no interest in allowing anyone but her best friend into her private little sanctuary. Tristan Reece is sultry, sexy, and jaded. He also happens to be the cover model for Bentley's long time acquaintance, Electra. He believes everyone who he loves is going to betray him, and then walk away. Though he carries the reputation of a ladies man, Tristan prefers to keep his heart and his bed empty. A chance meeting blind sides Bentley as she's nearly trampled by the giant wall of muscle that is Tristan. Tempers aren't the only thing to fly. Bentley may not have any interest in Tristan, but after getting his ass handed to him through a verbal assault, he can't forget the tiny Spitfire that sparks more than just his fury. Both are stubborn, with the will to fight against each other until the very end. Will Tristan's determination be enough to fight the demons lingering in Bentley's shadow? Or is Bentley's fear strong enough to tear them apart. 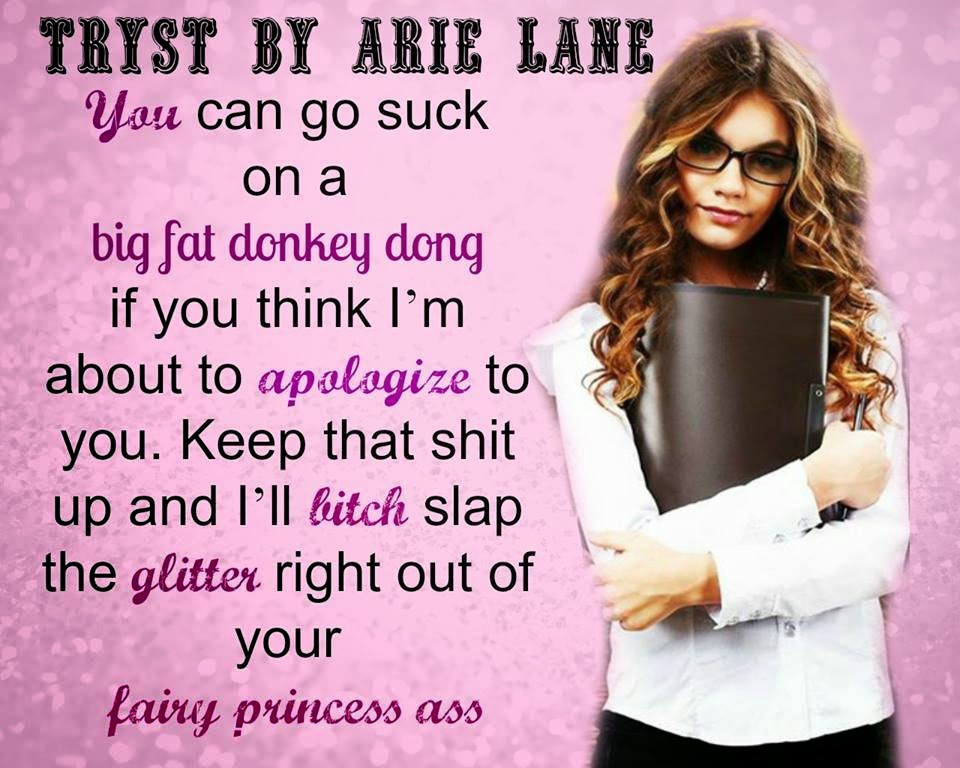 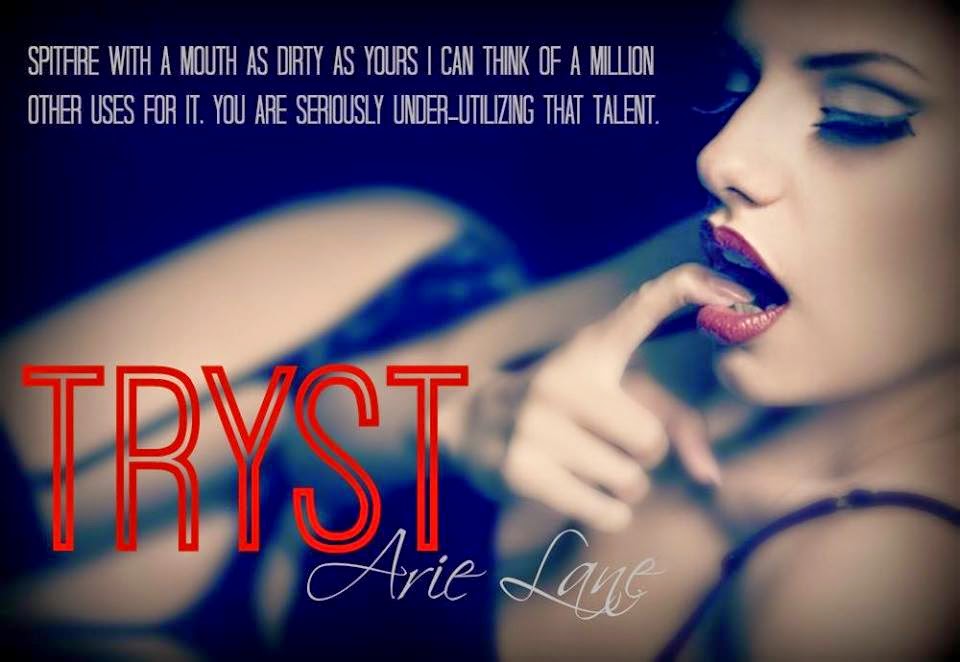 I’m pacing the living room when I hear a car engine cut. Throwing the door open, I don’t even
bother putting on a shirt or shoes. I open her car door before she even has a chance to unbuckle her seat belt.
“What the fuck were you thinking? Dante is going fucking nuts. Did it even occur to you that someone might actually be worried about your ass?  Answer your fucking phone once in a while.”
She gets out of the car, shuts the door, and turns to me to speak. Before she can hand me some half assed explanation, I have her up against the car, crushing her lips against mine. I had planned to be sweet about it but that shit went out the door with my impulse. I need to feel her, to taste her. I want to leave her breathless and unable to stand.
I slide my tongue between her lips, invading her mouth, and the taste of cinnamon tingling my tongue as I brush it back and forth against hers. I push into her even further digging my hands into her ass, pulling her up until she wraps her legs around my hips. I am at war with her mouth, needing to possess and dominate it as she fights back for control. I suck on her tongue each time she pushes back into my mouth, biting lightly on her bottom lip, and swallowing each small moan.
When I pull back to catch my breath, I am lost in the image before me. Her lips are swollen from my assault, her breathing heavy and erratic, and her eyes half lidded.
My dick is saluting her as it pushes up against her core. Before I can claim her lips again, a very loud and pissed off Dante interrupts us. As I set her back down, brushing my lips against her neck, I whisper a warning against her skin.  “We’re not done princess. Just because your little queen interrupted, doesn’t mean I’m finished with you, not even close. And if you ever pull a stunt like that again, I’ll tie you to my fucking bed and spank that ass until you can’t walk. You understand me, Bentley, don’t pull that shit again.”  Her eyes grow wide as she processes what I had just said. Biting her lip she nods in concession.
I watch, in reckless abandonment, the train wreck that unfolds in front of me as Dante throws a hissy fit that would put a three year old to shame. I can tell by the way Bentley keeps opening and closing her fists that this isn’t going to be pretty, and I am more than happy that for once I am not her target.  I damn near choke on my own spit when the words fly from her mouth. “Look here pecker pilferer, just because you decide to be a fickle twat doesn’t mean I’m going to up and rearrange my agenda. Don’t stand here bitching at me about your panties all up in a twist while you’re douche-canoeing the seven seas. You fucked up, not me. I’m not the one who got all flustered over a fuck nut and decided to verbally vomit all of my best friend’s secrets. You had no fucking right, so do not stand here acting as if I somehow did you wrong. You can go suck on a big fat donkey dong if you think I’m about to apologize to you. Keep that shit up and I’ll bitch slap the glitter right out of your fairy princess ass.”
I have to wonder where the fuck she comes up with this shit. I can’t say I’ve ever heard half the shit she’s just called him, although even that last bit has me laughing. Only because Dante is the least fairy looking dude I’ve ever seen. The notion of him as a fairy princess ranks up there with seeing The Rock in a tutu… it just isn’t right.
I vaguely catch on to the sad attempt for an apology he feeds Bentley, and I busy myself by snatching her keys and grabbing her bag out of the car.  It’s a shitty move leaving Dante to dig himself out of the hole he’s digging even deeper, but I have plans that I’d rather not waste trivial time getting to. 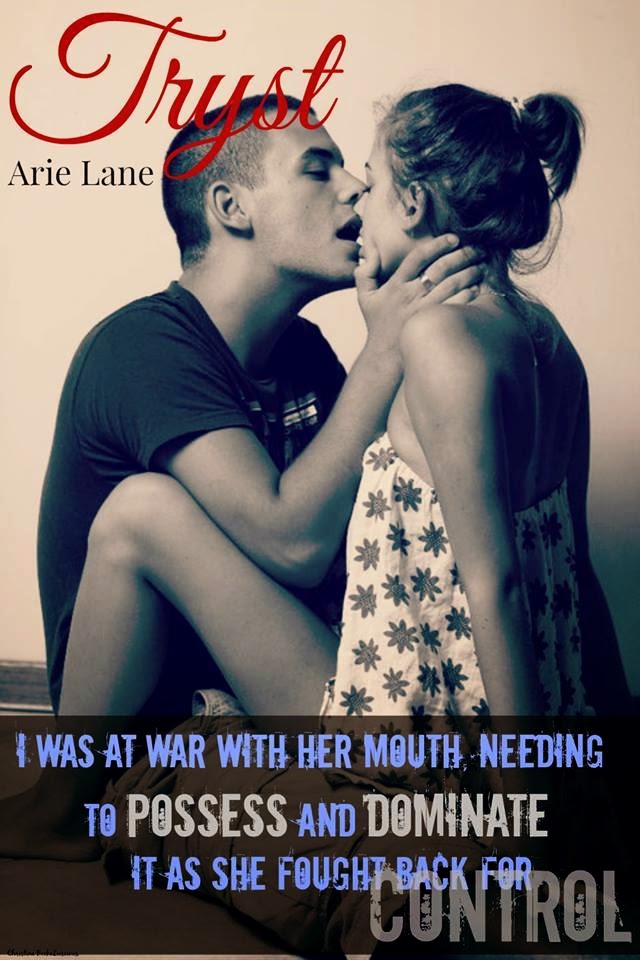 Arie Lane is an avid reader and stay at home mom to two beautiful little boys. When not writing or chasing them around she is usually catching up with other Indie authors and constantly keeping up with new blogs.
She loves to connect with people and is proud that she finally had the courage to put some of her crazy thoughts into written words. From the time she started reading her nose was always stuck in a book and she's couldn't be happier that now she's encouraging others to get their noses stuck also. Even if her readers are of the +18 variety.

This book shocked me; there are just no other words for this feeling other than shocked.  I expected an erotic romance, they meet at a book signing, and she will be a spit fire and show her anger towards any man due to her past.  I figured Tryst would be the man whore who knew he could get into any woman’s pants in 2.4 seconds of flashing a smile, but was I ever wrong.  The author ripped my heart out with this one and I am so glad to see a story that shows not all women are born with the ability to be a mother. The author has weaved a story that is so deep in emotions and thoughts, it would be impossible for a reader to walk away unaffected.

You can’t even say Bentley had a troubled childhood, she had NO childhood.  Being born with a twin sister has its challenges alone, but if that twin is beautiful and you are average it makes things a bit worse.  Bentley’s nightmare doesn’t stop there, let’s add the fact her mother hated and abused her, while showering her sister with love because she was going to be a top model that was until her sister disappears.  Bentley gets out of town as fast as she can and becomes a successful author of books with kinky sex and killing men who deserve it.  This is how she deals with the anger from the abuse and losing her sister.  When she runs quite literally into Tryst, let’s just say there were fireworks but not chemistry.  She detested his behavior and he loved her breasts.

Tryst isn’t your average sexy man, he has a lot of loss and baggage he is dealing with, and along with nightmares he still suffers from his days in the military.  What I love about Tryst is he knows when he had messed up, he tries to do what is right by Bentley, he knows there are a ton of pieces behind that mask of anger and hard hitting jab, but he sees the little broken girl inside and is determined to love her back to life, if she will let him.

Now the thing that shocked me was this isn’t a romance story first, it is a story of survival, recovering and trying to find the person who you were meant to be before life, war, loss and evilness invaded your world.  The author shows us how life really does shape a young person and creates this broken soul that is expected to function perfectly in society.  The author gave us suspense, drama, heart wrenching memories of what they had overcome.  She infused the story with humor, sarcasm, tears, terror and hope.  She showed not only the side of the victim of extreme abuse, she showed the story of the man who loves her and wants nothing more than to figure out the map to create her peace of mind.  The author gives us a story of what evil can destroy and what love can rebuild.

No this wasn’t a story of just romance, this was a story of LOVE, unconditional, sacrifice everything you have kind of love.  She doesn’t hide the mistakes both Bentley and Tryst make as they find their life together.  She amazed me because when you first start reading you connect to this hurt young woman as she describes what her mother has done to her.  Then chapter one starts and BAM you find this fire cracker that would scare most men.  She can knock a man into the fetal position in no time, then crumble and need someone to pick her up and help her hold it together.  She is a wide range of emotions and it is hard for the reader not to get caught up in the vortex.  I highly recommend this book; I doubt you will forget these two after you read their story.