Caden Carlisle is a world-renowned superstar with good looks, million dollar movie deals and women throwing themselves at him wherever he goes. He has it all… but wants nothing more than a normal life without the paparazzi and glitz.
Brooklyn Holloway is an up and coming starlet with a solid head on her shoulders and her eyes wide open. It’s all about art for her and she isn’t looking to star in blockbuster films. She’s perfectly happy keeping a low profile and doing indie projects with a message.
When fate throws the two of them together on set; both are unprepared for their undeniable connection. Cade is drawn to Brook’s down-to-earth wholesomeness and she can’t help the irresistible pull of his good looks, sense of humor and chivalrous ways… So, when he begins to think he’s in love with her, resisting is next to impossible, despite being committed to someone else.
Only when filming ends and the world’s fascination with celebrity invades their bubble, can they decide if the emotions they felt on set were scripted, or forever.

I felt the walls were crashing in around me. I tried to push against his chest, but he only held me tighter, his arms going around my back.
"Go back to your... girlfriend!" I said the words softly, but inside I was screaming. His eyes were wide, and he was breathing fast when he looked at my tear stained face
"Brook, this is so fucked up! Please listen to me. Until twenty seconds ago, I thought you were with David!" His voice was thick with pain, as he tried to stop my struggles.
My useless struggles quieted, and defeat filled my voice. "Cade, I beg you, please let me go. Don't make a scene that neither one of us can afford. We don't need the rags telling the wrong story to the world. Please, I just gotta get out of here." I struggled against him again, and this time his arms dropped to his sides. He stood in front of me, staring in stunned disbelief.
"Please don't follow me." I turned and ran out to the street.

I’m a single mother of one daughter, Olivia. She’s amazing in every way.
I was born in the Midwestern United States and educated at a private university where I received a Bachelor’s degree in Marketing and Business Administration.

I’ve always been creative with art, music, theater and writing. I decided to write a story as a way to build a network for a business venture. The reader support of my stories and my overwhelming desire to find out where my characters would take me, soon had the writing morphing the business. No one was more shocked than I. When readers began nominating my work for online awards, it took my breath away and only made me love it more. It soon became clear that writing was, and should be, my focus. 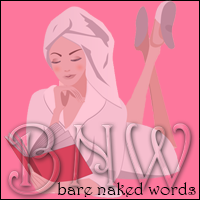