**Blog Tour** Under the Mayhaw Tree by Charlotte Boyett-Compo 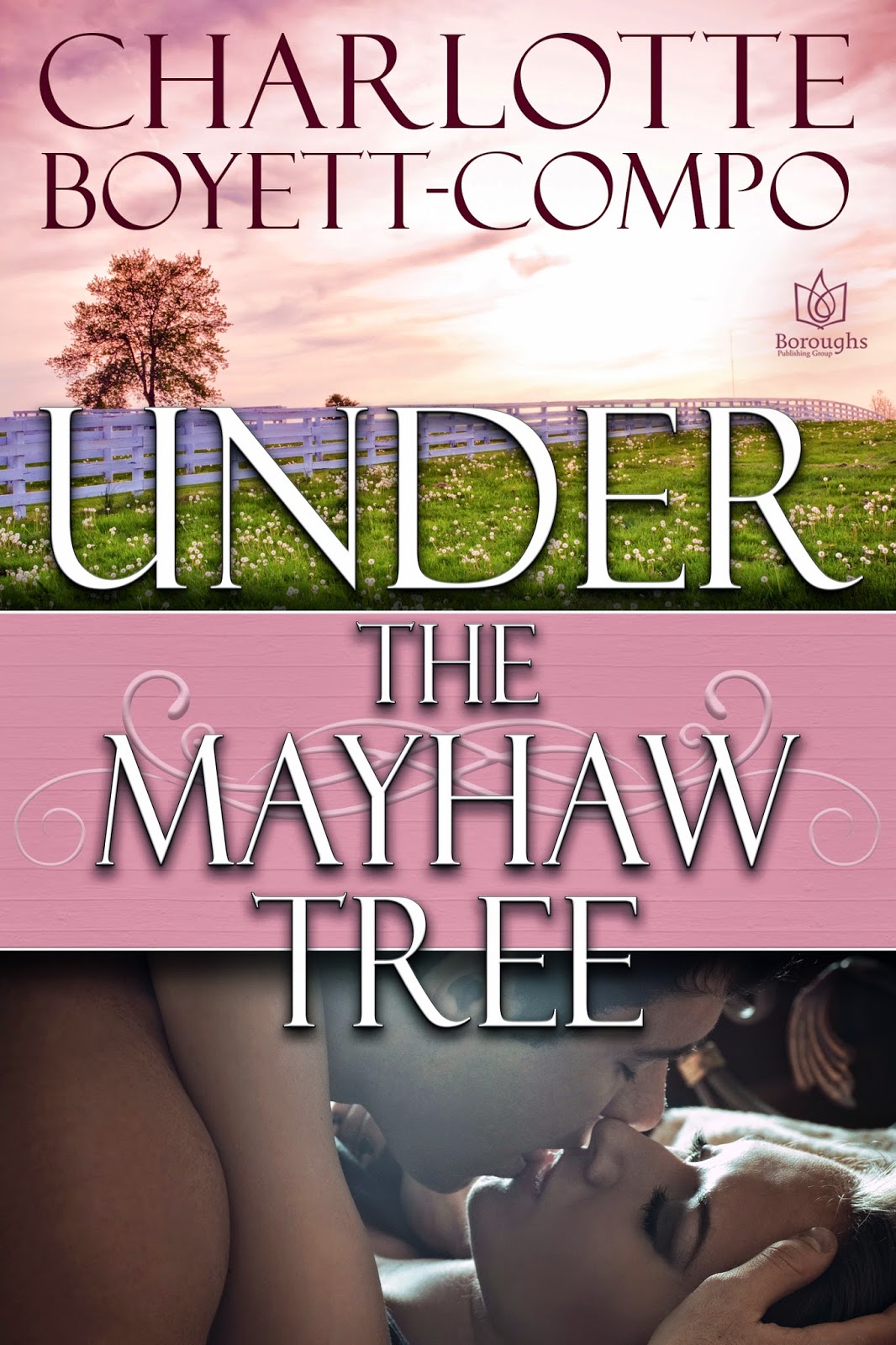 Living under a cloud of tragedy for which he’s
assumed blame, Drew Dunne has known hell for the past sixteen years. Then he
meets Allison Bennett. But in the small town of Colquitt, Georgia, evil lurks
around every corner and capturing happiness has an incredibly high price.

SWEET VICTORY
Small-town football star Drew Dunne sacrificed
everything for friendship and guilt. He’s spent most of his life unloved and
unwanted. A kind touch, a gentle smile, an encouraging word are all wisps of
memory from before the accident. For him there is only family, duty, loyalty.
And longing. Until he meets Allison.

When Allison Bennett looks in the mirror, she sees a woman whose life has gone
from bad to worse. At the mercy of an abusive husband, sweet tenderness is
something she can only dream about…until she finds it in the arms of Drew
Dunne.

Not every sacrifice is worthwhile, not every promise is worth keeping, and
events in a small Georgia town will test this pair to the very depths of their
souls, but at the end of the journey is the truth that—if you’re willing to pay
the price—true love can conquer all. Drew Dunne will finally be with the woman
he loves. Or die trying.

As she took off her clothes he put his hands
behind his head and watched her every movement. Each one was poetry in motion
to his way of thinking. To him, she was the most beautiful woman in the world.
He loved her so deeply he felt it in his soul. She was everything to him and he
wanted to be everything to her. His heart was filled with such peace, his body
with such longing, he could barely contain the feelings.

The last piece of clothing she removed was her
panties and when she turned to the bed, he whistled in appreciation. As he had
at the two motels they’d stayed at on the way to the cabin, he pretended not to
notice the healing bruises covering her sweet body.

“Will you get under the covers?” she asked. She
sat on the mattress, then stuck her legs under the sheet.

“Hey. You can leave your socks on but you took
mine off?” he challenged. “You think that’s fair?”

“I have poor circulation in my feet,” she said.
“Believe me. You don’t want my cold toesies rubbing along your calf in the middle
of the night.”

“I believe you should pay a toll for being
allowed to wear socks to bed when I can’t,” he told her as he joined her under
the covers.

“What kind of toll?” she asked.

“The kind that is exacting,” he said. He slid
down in the bed—disappearing beneath the covers—and slid on top of her. 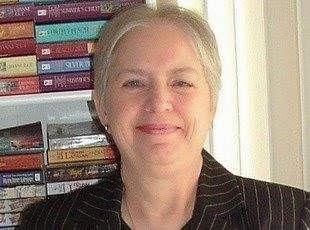 Charlotte Boyett-Compo (her friends call her
Charlee) is a multi-published author of all sub-genres of Romance
fiction. Under the Mayhaw Tree is her 100th book. Over
the years, her novels have won many awards. When asked why she writes, she's
said, "I write because the urge is there and it's like an itch you can
not ignore. Sometimes, I think if I don't get my thoughts down on paper, I'll go
insane. It is a craving, an addiction, that unless you experience it, you can't
quite explain to 'normal' people."

I was reminded once again to never judge a book by the cover alone with this book.  As you see the cover is beautiful, gives the impression of a love story that will sweep you off your feet, but that really isn’t my style. I need angst, drama, really issues that will leave me on the edge of my seat.  What the cover is hiding is one of the most realistic stories that takes you from your comfy chair and places you in a southern town where Southern justice and evil thinking runs the town Monday throughSaturday and they all come together under one church roof on Sunday to worship the Baptist way.  Heads are turned, giggles are heard, sins are abundant and survival of this small town will be the hardest thing you have ever done in your life.

No this isn’t a religious book, this is a story of two people who followed the traditions, suffered the blows life had dealt them and found a way to make it through the country muck.  Drew Dunne had a football career lined up when he entered college.  He had suffered loss, heartache and lived with guilt that nearly suffocated him.  Results of bad choices were going to haunt him for years to come, then that one injury, the injury that every athlete prays will never happen, occurs and Drew loses the last piece of sanity he had in life.  Now married to a woman who hates him, blames him for her unhappiness and a father in law that dictates what is going to happen in his baby girl’s life, Drew wonders if ending it all wouldn’t be a better solution than trying to survive it.

Allison Bennett found herself married to an evil man who treated her horribly.  When she hears they are moving back to a small Georgia town, she loses everything, even down to the furniture and items that belonged to her Grandmother and family.  Dealing with daily put downs, physical abuse and the demands from her husband, she sees that she needs to be silent because her husband is the new star for the football team in town.  She learned quickly, no one listens to anything negative about the jocks in small town USA.

When Drew and Allison see each other in church, they look past the sexy exterior and see the pain and emptiness in each other’s eyes.  With the town against them, spouses who would rather kill them than set them free, their hearts still beat for each other.  This story will take you on a twisted road as we watch them to see if they ever find their freedom and love.  The suspense was intense but what grabbed me more was the realistic dramatic feel to this journey.  I was all over the map with feelings.  I was angry at the injustice that was approved of and supported.  The self-righteous attitude from the town “Christians” was revolting and the lies and secrets that were defended made me want to throw my kindle across the room. Then you had the innocent moments that Drew and Allison could steal with a glass of lemonade, working at a church function or sitting in a pew for Sunday service.  They could communicate without words with only the gentle smile or touch while be scrutinized by everyone around.

I haven’t cheered on two people in a book as hard as I did Drew and Allison.  I wanted their happily ever after more than they did at times, but they never gave up even when life was balancing on the edge and we were left wondering if finally evil had won.  I highly recommend this book and will certainly seek more from this author.  Grab your class of sweet tea, put your feet up and be prepared to “Bless your heart” a few times because you will be transported to the country roads and justice of small town Georgia.