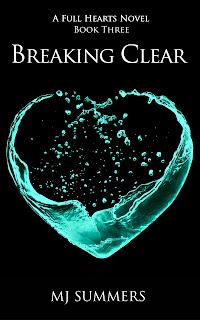 I was once again drawn quickly into the story with these characters and writing style.  I instantly fell for Harper and Evan and the struggles they were facing.  Their families had lived next to each other in Colorado and they grew up as friends, even developing into a crush before they became adults and moved on with their lives.

Harper struggled with the gossip from the small town rumor mill about her mother skipping out on the family.  Harper’s dad never got over the lost love from her mom but he stood firm and raised Harper and her two brothers.  Even with her father’s love she was more than ready to leave that town and make her mark on the world as an art director for a magazine in New York, despite her evil vindictive boss.  She was in charge of the photo shoots and she not only loved what she did, she was strong and confident in her choices that she made.  One day she received a phone call that her dad needed her after an accident.  While she didn’t want to go back to the bad memories of the small town and leave her life in New York, things happened and she had nothing to keep her there any longer.  More than that, she was needed by the man who gave up everything to raise her.
Evan had it all, a successful business, a wife and more money than he knew what to do with, then came the recession and he lost it all.  His wife was money hungry and went through his bank account, once it was gone so was she.  After a long struggle he began to rebuild his life and company and was successful once again. He vowed that he would be happy with his rescue dog and three years’ worth of work scheduled but things might change when he sees the grown up Harper next door.  I loved watching the friendship and banter between Harper and Evan form as adults.  He helped her adjust to her new life and remained friends with her brother. Their will power was tested by the hot steaming chemistry that was flowing between them.  This author knows how to make a hot scene sizzle and when you add the emotions into the mix, it will guarantee you needing a cool glass of water and a shower.

What started out as rekindling a friendship, it soon became a situation of trying to extinguish the flames of passion.  Neither want to risk their hearts to the pain they have already felt but how can they refuse something that started twenty years ago?  The author wrote a story of love, heart break and second chances.  You will get to reconnect with some characters from the previous books which I always love in a series.  You could read this as a standalone but to be honest, why would you want to miss out on the other great books in this collection. Each of her characters bring an added element to the series over all, distinct personalities that will make you love and care for them and stubbornness that will make you want to smack some sense into them.  One thing is for sure, the author will certainly give you emotions that you can invest in and will have you coming back for more of her books. 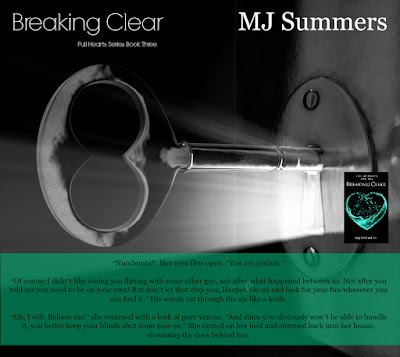