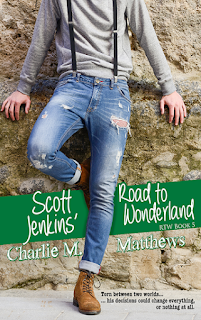 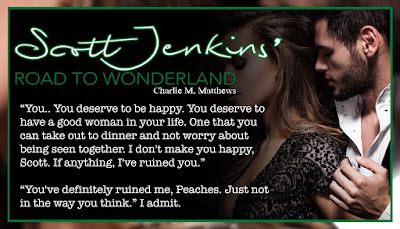 Scott Jenkins is charming, smooth, full of ambition and he has plans. Plans that don't involve being a 19-year-old builder, working long hours at his father's construction company, hauling wheelbarrows or stacking bricks in an underpaid job. But as with most things in Scott's world, the dreams and ambitions he has set himself never really go to plan.
When Scott's best mate, Ethan Walker, hits rock bottom, everything changes overnight. After years of trying to figure out his purpose in life, he now knows what he has to do, and more importantly, who he has to save. Tiptoeing on the outskirts of a world filled with drugs and violence, Scott ends up walking down roads he never even knew existed. What was once a simple life, suddenly seems incredibly complicated - especially with the arrival of a forbidden love who is determined to make things even more difficult for him.

Follow Scott on his journey to Wonderland, where friendships are tested, relationships are destroyed and a dangerous woman leaves the guy who once thought he knew exactly, what he wanted, in the pits of despair.
Road to Wonderland Series book 5 (all books are standalone reads) 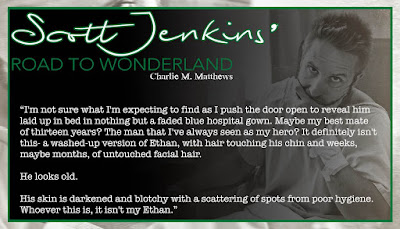 Charlie M Matthews is a hopeless romantic, lost in her own world of fairytales and adventures. A lover of art and painting, she'd happily hang up her everyday clothes in exchange for a paint smudged shirt. In the confines of her attic room, she is able to create a world that is unlike no other. Mixing fantasy and fiction to generate a piece of work that she could lose herself in.
Charlie is a mum of three, living on the outskirts of Oxfordshire. Born and raised in Reading, she switched the bright lights and traffic jams for a quiet life in the sticks a little over 5 years ago. Between school runs and generally just being a mum, you'll most likely find Charlie at the local hair spa. Flipping through magazines sporting the latest colour craze, or mixing colours and arranging up-do's, sparking her creative side.
With her wild imagination and passion for reading, Charlie stumbled upon a new love.
Writing...
What started as a distraction from the crazy thing that is 'life', soon became all too real. She no longer dreamt, about the day her words would be published for all to see because that day was finally happening.

The Road to Wonderland series is such a unique concept, a collection of books, all written by different authors from each character’s point of view.  This idea creates the feel of becoming friends with the actual character, learning the different personalities, their stories and never running the risk of the plots and characters seeming routine and predictable.  It also gives you a great opportunity to find new authors that will quickly become a favorite of yours.

Charlie Matthews did a fantastic job at giving us Scott’s story.  A loyal son, with the goal of trying to do what was right for him and his family soon became caught in the web of obligation and soul crushing unhappiness.  Not even realizing when his goals were lost and replaced with demands of his father, he had reached his breaking point one day at work and quit.  Going to his best friend, who felt more like a brother than his own, he started to plan out a life for himself that included his dreams and desires, but that didn’t come without paying a price.  Scott has spent his life doing things for others, believing the lies he had been told about himself, trying to live up to the standards set by his parents and forgetting that he was an individual who had the right to dream and feel desires that others might not understand.

Scott is telling us his story of coming to age.  Scott was a young boy who has been molded by a demanding father who never saw the true man inside. He will be forced to leave in order to find his own way.  With this decision Scott will encounter many things, loss, pain, old baggage that he carries that doesn’t belong to him and he will feel, for the first time, life instead of routine.  Scott will experience the darkest days and the brightest highlights life has to offer.  He will be faced with choices as to taking care of himself or once again finding that role where he is put aside in order to provide and care for others.  He will experience the pain of losing something he treasured and he will once again experience the feelings of abandonment and being lost.  His choices of handling all of this on his own will drive him down a dark and dangerous path, full of self-loathing and destruction but will he find the redemption only he can give to himself?

As with every book in this series, the emotions are raw and reach out to grab the reader early in the story.  I found with Scott though, that with every connection I made to his life, it was Scott who was reaching out to me, encouraging me to never give up.  His desperation was evident in the words on the page, but his spirit of hope was even stronger.  When I finished his story, I felt I had just spent a weekend with a good friend, who understood my regrets, sadness and my celebrations in life as I too had to find my own way.

I found many times I wanted to scream at him to see the man we saw, the kind, tender hearted, compassionate man who was only asking for the right to be himself, to live his life, discover what makes him happy while he was trying to help others in the process.  He wasn’t being selfish for venturing out and living his life, but the clouds that others had placed over him refused to leave.  Scott was like many of us, he was looking at his life and his heart through the filters of others and until he was able to lay that down and own what truly belonged to him, happiness was always out of reach.

Charlie Matthews did a brilliant job at taking the majority of reader’s experiences and wrapping it up in the package of Scott Jenkins.  His writing style provided us with a chance to absorb Scott’s story while relating situations to those of our own and giving us the hope that life tries to steal away but determination keeps those dreams alive.  I can’t recommend this series enough, it is wide ranged, full of life experiences and is created by some very talent authors who give us a family of characters that will soon become our friends. 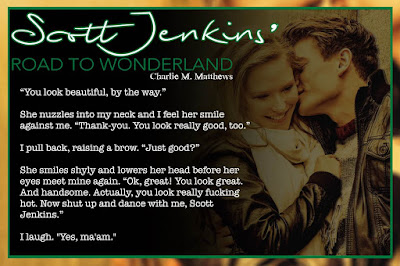