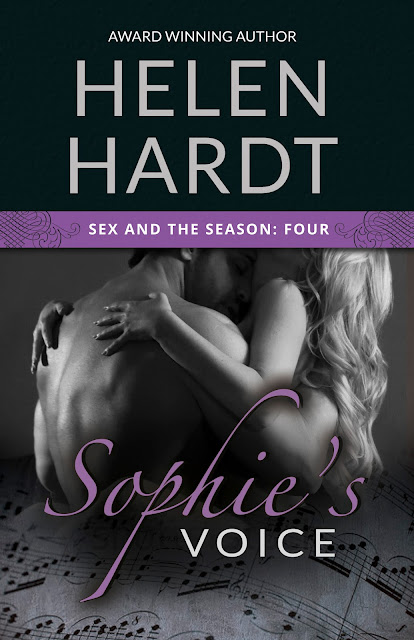 Lady Sophie MacIntyre has the voice of an angel, but due to her timid nature, no one ever hears it. After losing a bet to her conniving sister, Sophie auditions for the new musicale at the Regal Theatre run by handsome actor Zachary Newland. Though distracted by Zach’s elegant masculinity and her own nerves, she sings well and earns a role in the production.

Zach is a confirmed bachelor, and his taste in women leans toward the glamorous and uninhibited…until he meets the demure Sophie. Her delicate soprano and understated beauty captivate him. She responds to his inappropriate kiss, but quickly dismisses the heat between them. She’s a lady of the peerage, after all, and not one to associate with a rake like him.

Zach, however, is not so easily dissuaded. He gets what he wants, and he intends to help Sophie find her true voice…in more ways than one.

Excerpt
Zach rushed out of the theatre and into the lobby. No sign of Lady Sophie. Looking out the door, he spied her getting into a hansom cab. The cabbie had taken her hand and was helping her into the coach.
He pushed the heavy glass door open and ran forward. “My lady, wait!”
Lady Sophie turned around, her face flushing a lovely raspberry color. She arched her eyebrows.
“If I may have a moment?” he said.
“I’m sorry. I am getting ready to leave for the Brighton estate, as you can see.”
“Yes, yes.” He turned to the cabbie. “You may go on. I’ll arrange for Lady Sophie’s transport in a few moments.”
“Yes, sir.” The cabbie tipped his hat.
“Mr. Newland”—Sophie cleared her throat gently—“what is this about? This is highly irregular, not to mention improper.”
“Yes, my lady, and I offer you my apologies. However, I could not let you leave without telling you how thoroughly I enjoyed your audition. I would like to offer you a leading role in the new musicale.”
“How are you able to offer me anything? You haven’t heard the other auditions yet.”
“I am familiar with all of the other actors and actresses who will be auditioning today. I know their voices. None of them can come close to you, my lady.”
Sophie fidgeted with her reticule. “I’m afraid, Mr. Newland, that I will be unable to accept a role in the production.”
What? Not able to accept? Did this woman have any idea of the talent she possessed?
Her pink lips trembled ever so slightly, and her cheeks deepened from raspberry to aubergine. Zach gulped, his pulse quickening. Had anyone kissed those lips? How they beckoned him. Sophie was of average height, coming up to his chest. He again eyed her dazzling blond hair swept up tight with only a few wispy curls free. How might it look flowing freely over her milky-white shoulders? Over her pert breasts?
“If you would be so kind, Mr. Newland…”
Zach stood, mouth agape. She had said something after his name, but he had heard no words. Only that voice, that voice from an angel, swirled around his head. He could not get enough of it. Still those rosy lips trembled, calling to him.
He couldn’t help himself. He gripped her shoulders, lowered his head, and pressed his lips to hers. 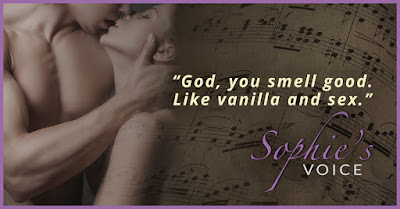 Helen Hardt’s passion for the written word began with the books her mother read to her at bedtime. She wrote her first story at age six and hasn’t stopped since. In addition to being an award winning author of contemporary and historical romance and erotica, she’s a mother, a black belt in Taekwondo, a grammar geek, an appreciator of fine red wine, and a lover of Ben and Jerry’s ice cream. She writes from her home in Colorado where she lives with her family. Helen loves to hear from readers.

"Women are whores. They’re born that way. Such is the fault of their original mother. Eve was the one who tempted Adam into eating that forbidden fruit. That’s what women do. They tempt. That we men cannot resist temptation is not our fault. The fault lies with the women."

During an era where a woman's life is filled with preset rules and expectations, a strong voice is never heard. And if it gets the chance to speak, there are guaranteed consequences.  So settling for what is expected is much easier than becoming what you want.

"She’d never been in love. She’d resigned herself to spinsterhood long ago, but here was a man who didn’t see her as a timid lady of the peerage, a wallflower."

Sophie had succumb to the idea of being alone long before she became a woman. For her, a simple life of estate living was all she thought she wanted. That is, until she discovered that she held a talent far beyond what she knew she was capable of. Auditioning for Zach, Sophie unleashed a new woman from inside, as woman she had zero idea could have ever existed. By meeting Sophie, Zach's ways, the only ways he has ever known, are altered on the spot. Can these two experience their new found lives with each?  What happens when Sophie's voice is heard?   Can they overcome obstacles that try to get in their way?

"But was it also normal to frolic and have relations with people other than one’s own spouse? If it was all done with each other’s consent, perhaps it was normal. What was normal, anyway? Normal for one person might be completely abnormal for another."

Sophie's Voice really surprised me. I have never read any historical books, let alone any historical erotica. But let me tell you, this book through me for a loop. It is filled steamy, leg crossing sexiness, but also has some dark and twisted surprises as well. I really liked how the MC fought for whom she was, and made sure everyone listened to her!!