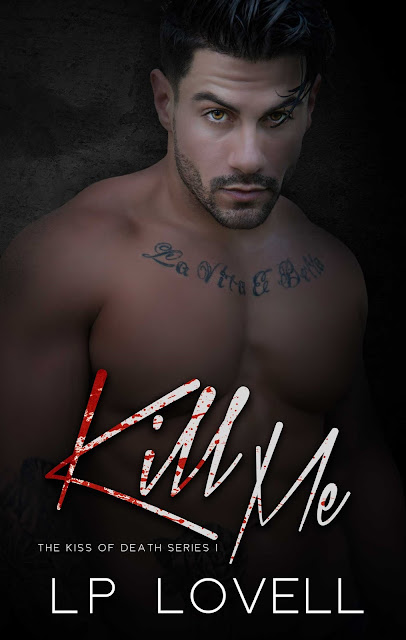 To many, I am little more than a myth. The Kiss of Death, a hired killer, revered by the some of the greatest criminal organisations in the world. Trained by the bratva themselves, without conscience, without mercy, the perfect soldier. I’ll kill anyone… for a price. Death doesn’t discriminate, she sells to the highest bidder, but even I have a weakness.

I want one thing—power. But power is merely a game of strategy. The pieces are on the chess board. Death is my queen, and also my pawn. She’ll paint this city red in exchange for the one thing she wants. Now all I have to do is watch it all play out. She’s nothing more than a weapon, and yet, I find myself wanting to dance with death, to possess her. And I always get what I want.

A game of power. A risk that could cost her everything. An obsession that would see the world burn at their feet. A bloodied king. A broken queen. Kill me or kiss me? 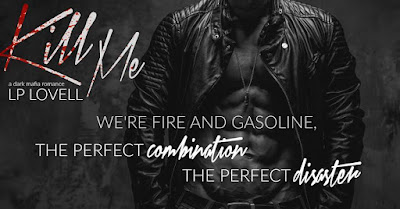 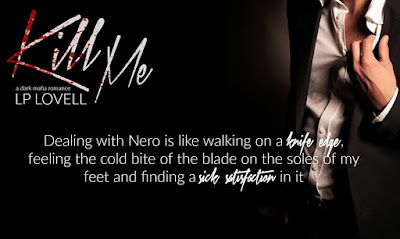 
Lauren Lovell is an indie author from England.

She suffers from a total lack of brain to mouth filter and is the friend you have to explain before you introduce her to anyone, and apologise for afterwards.

Lauren is a self-confessed shameless pervert, who may be suffering from slight peen envy.

"I’m not getting out of here. Two grown men, against me, a girl. He’s going to break me and probably kill me, or worse, make me a whore. I know all about these things, the places they send girls my age. I’d rather die."

In a world of love and hate, there's LP Lovell. She takes all the flowers, chocolates and sweet nothings and throws them out the window. Instead she gives us Kill Me.  A look into a world no one should have to live. A world filled with so much violent, one can only hope to grow numb.

"I don’t kill simply to survive, I like it, I live for it. Never do I feel more alive than when I’m taking life. The thrill of death has become an addiction I willingly feed. And I’m good at it. I’m the best. We all need validation somewhere."

Una isn't your average girl. In fact, she is unlike any female you have ever met. She doesn't rely on men to help her succeed. Una is her own warrior. She is strong, defiant, deadly and she owns that. When she teams up with Nero, heads fly. Nero doesn't need a woman to help him get through life. He's gained his power all on his own, and he craves more. But when the King of New York mets the Queen of Death, the only thing stopping them is their undeniable attraction to one another. And for anyone that gets in between them, death is the only way out!

"I gave up on all sense of morality a long time ago. Any soul I have left I’m willingly selling to Nero, surely. If the devil were a person then it would undoubtedly be him."

We all know that I'm a wee bit obsessed with LP. I realized after reading Kill Me, it because she's not afraid to write about the dark things in this world. Like Una, LP is a strong willed woman, who will speak her mind no matter what!  And with out LP, we wouldn't have Kill Me, an amazingly written book filled with blood, sex and greed. 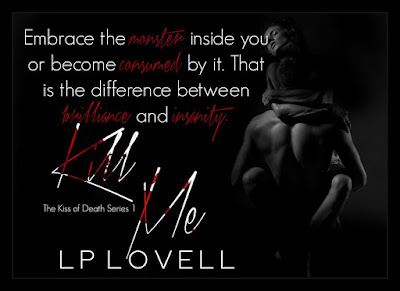