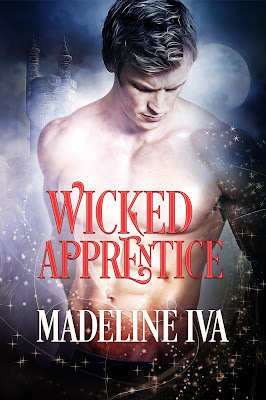 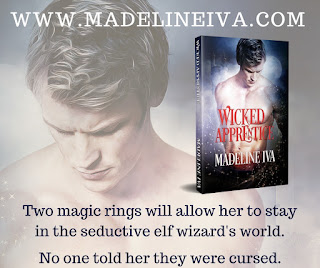 He looked like Satan dipped in ice. A noble forehead fought for dominance over his lush, sensuous lips. The lips won. Long beams of light fell about his pale skin and the black wings of his eyebrows. She checked the ears again. They were less pointy than Spock, yet pointier than your average geeky human. Good god, he was an elf! She was agog to see what Hulgetta wanted with him.
Dragging her eyes away, she looked up at all his books. From one end of the study to the other, the tall bookshelves followed the curve of the wall. The books gave off a silent persistent energy, a low pulse of magic, covering her in goose bumps. She had lust in her heart.
So many magic books, so little time.
Yet orders were orders. She picked up his feet and began dragging him across the room. His arms swept up over his head as she pulled him along to the green door. She tried not to look at the open books out on the tables. Thou shalt not covet another’s magical books. Okay, well, just one. She hung over it for a second trying to read the letters. It sang to her nerves like a soprano choir hitting the high notes in an opera. Like being near a celebrity or the President of your country. Like that.
One day I’ll have a room in a tower like this and read books of magic all day.
Yet how full of briars was her workaday world. He had looked so slender standing up, yet his bones were large, and he was much taller than he had seemed clear across the room. She was and wanted to stop, but the green door was starting to slowly swing shut. She dug her fingers harder into his pointy leather boots and gave a mighty pull, bumping his head along the way. Oops. With a hollow noise, the door behind her shut and clicked. The low corridor sank back into gloominess, and the familiar castle stench of wood smoke, boiled animal bones, and damp straw invaded her nose. 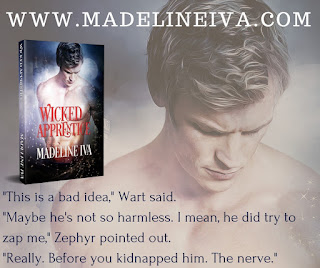 GIVEAWAY!
All you have to do is sign up for Madeline Iva's News at her website. Deadline: Midnight Nov 1st. The prizes smell sooooo good! 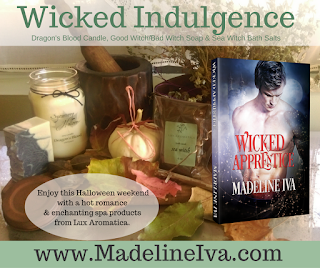 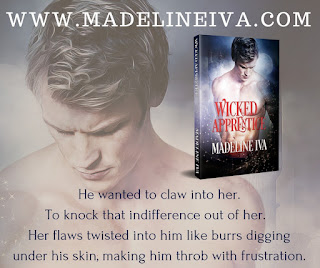