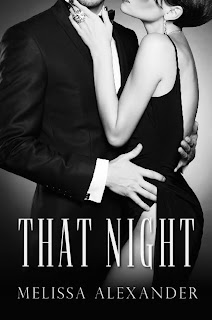 Adam Miles is always up for a good time.  He’s the guy you call for no-strings-attached fun—not the guy you call for a relationship.  Adam doesn’t have time for the white-picket fence dream.  He’s too busy tracking down killers and putting them away.  Until he met her.
Ellis James doesn’t want a serious relationship.  She’s been there, done that, and has the emotional scars to prove it.  Ellis is focused on her career and is kicking butt as an FBI agent in Atlanta.  When Adam and Ellis first meet she is working undercover, and he has no idea of her real occupation.  Misconceptions are formed, but neither can stop thinking about the other.  Until her case blows up in her face.
After narrowly surviving a hostage situation, Ellis and Adam come face-to-face when their cases cross paths, and they are thrown together on a task force.  Adam is hunting down a serial killer who seems to be involved with a string of bank robberies Ellis is investigating.
Ellis has attracted the attention of a killer who will stop at nothing to have her.  As Adam and Ellis spend time together, they feel their attraction growing stronger each day.  What should be one night of passion turns into more. As their feelings for each other intensify, one awful mistake will threaten to tear them apart, and put Ellis in harm’s way.  Can they overcome their fear of relationships or will they destroy each other?

We move quickly and quietly out of our hotel room, and Carson slips the key card into the slot. The moment he turns the handle, we are in the room. Senator Collins jumps with surprise at his hotel door opening, but surprisingly, James is still.
“Atlanta Police Department, you both are under arrest for solicitation,” Harrison says as he walks over to the Senator. Harrison begins reading the Senator his rights as I walk over to James. She is on her knees, and the sight is erotic. She is even more beautiful up close. Dark brown hair, deep hazel eyes, and a body I could spend all day worshipping. I’ve got to admit I’m a breast and butt man, and she does not lack in either department. Her breasts are pushed up nicely by her bra, and I can make out the outline of her nipples. Her butt is perfection. Just the right amount to grab onto. After hearing her earlier statement about light spanking, I think that would be something worth exploring with her.
I help her up, then pull her arms behind her back and put handcuffs on her. I would give anything for this to be the two of us, and for this to be foreplay. It’s so fucked up because I’m hard as hell from this scenario. I shake my head to clear my dirty thoughts as I begin to mirandize her.

Melissa Alexander grew up in South Carolina. She attended the University of South Carolina and holds a BA in Liberal Arts. She met her husband while in college. After living in Columbia, South Carolina, Chicago, Illinois and London, Ontario, Melissa and her husband, their two children and two dogs finally settled in Atlanta, Georgia.

Melissa has always enjoyed reading and after a co-worker brought over some books for her to read while on maternity leave, she was hooked on romance novels. When Melissa is not busy with her family, she enjoys running, reading and working on her next book.

"They push Mark down in front of me. I try not to grin at him. We both have a perverse sense of humor, and while we may die today, we are not going to die on our knees."

Love can happen in strange places, and when you least expect it. This is the case for Detective Adam and Detective Ellis. During an undercover sting, sparks fly when these two see each other for the first time. But what happens when two people have ground rules when it comes to relationships?  And what happened when a series of tragic events tests these rules?

"Adam’s eyes are raking up and down, and I feel my body heating up under his gaze. Maybe this was a mistake. I should not have this type of reaction to a guy I hardly know."

Melissa put a new spin on romance with That Night. Adding suspense, thrills, twists and turns, That Night keeps you reading. And don't forget about the hot and steamy connections!  Melissa's writing style will make sure you always remember That Night!

"I toss and turn, thinking about her and what it would be like to be with her. I know better than to act on those desires, but I can still have fun and flirt with her. Just maybe she will let her guard down for me."