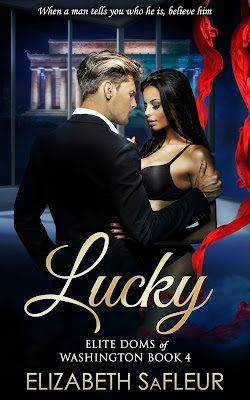 
When a man tells you who he is, believe him

Billionaire entertainment investor and resolute bachelor Derek Damon Wright learned at a young age women were trouble. He’s unprepared for dancer Samantha Rose who walks into his thirteenth, Washington DC nightclub opening with an authenticity and passion for life that quickly rocks his jaded, albeit privileged, world.

Samantha, an aerial artist and dance studio owner, hasn’t been lucky in love, and falling for the charismatic and Dominant Derek won’t draw her closer to her greatest dream of  having a baby. Yet she’s helpless to resist his charm and sophisticated world of private jets, Caribbean islands and the sexual pleasures of dominance and submission.

As their whirlwind romance progresses, past mistakes rise up to threaten their future. Only when they rely on each other for safe haven do they find the answer to their dreams. 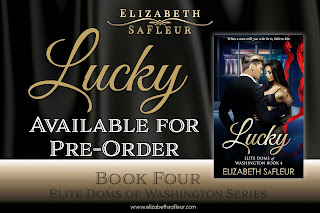 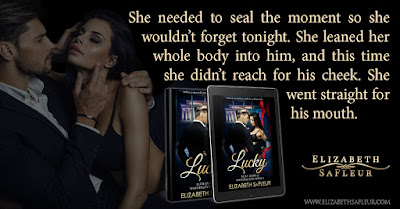 With deft fingers, he lowered her zipper. The faint zlip was the only sound to accompany the tick-tock of the clock on the sideboard credenza.
Straps fell over her shoulders followed by her dress falling to the ground. The scratch over her belly awoke something inside her. She turned so she could see his eyes, more gray when before they’d been blue-green.
Freed from the armor of her dress, everything about him seemed larger than she recalled. His height was greater, his shoulders broader. The pronounced angles in his face drew more elegant lines than she’d appreciated earlier. Even that gentlemanly vibe he threw off was grander.
On the drive home, she had tried to talk herself out of going any further with him.
She’d listed what little she knew about Derek Wright: kind but direct, confident but with unsettled eyes, normal yet breathed the rarefied air of a privileged world.
In the car, she came down to one reason to be here with him, right now, like this, with her dress puddled at her feet. She wanted to be.
His hands reached around her ribcage. His eyes never left her face as he unsnapped her bra with one hand.
“Wow.” She hadn’t meant to say it aloud. But his bra removal skill, and resulting smirk from her remark, said he probably could do many other things with those hands. She was going to find out. Her bra made a soft slap as it hit the ground.
When his gaze locked on the sight of her bare breasts, a deluge of feminine power solidified her earlier decision.
He would honestly appreciate her. Respect wasn’t anything she’d thought of before, not really. What a mistake, because now as she stood before a man who honored her thoughts and feelings, respect was all she could think of.

“Wow, indeed.” He reseated her on the table. He leaned his hands on either side of her legs and gazed down at her intently for one, endless minute.
“You like?” she asked.
He grasped her ass and yanked her to the edge so her crotch connected with his. “I like.”
So did she, because now she knew his size. Cindy would have been impressed.
His hands cradled her face. As his fingers massaged the back of her skull, his eyes roamed over every inch of her heated cheeks.
“Do you like surprises?” he asked. “Cameras notwithstanding.”
“Love them.”
“Good. This one time I’m going to tell you what I’m going to do. Next time, I won’t.”
There was going to be a next time? “Okay.”
“First, I’m going to kiss you so hard you’ll lose your ability to stand. You’ll be short of breath. Your world will become my mouth.”
Good start.

“Then I’m going to rip that thong off you. I’ll send something tomorrow to replace it. But only so I can rip it off again because I know one thing, Samantha Rose.”
“What?” she breathed.
“Once I’m inside you, I’m going to want to be there all the time. Deep inside.” On his last words, he ground his pelvis against her now soaked panties.
Yes, please.

His mouth came down on hers. He did rude things with his lips and tongue. True to his word, she was breathless by the time he stopped.
His fingers wound their way through her hair and pulled her head back gently but with intention. The fingers of his other hand slipped into her thong and he yanked–hard. A thrill ran through her whole body at a telltale ripping sound—until the tear stopped. Stupid lycra material. She wanted the fabric to be shredded so he could ravage her like he’d promised.
He chuckled slightly. “Best laid plans . . .”
She choked back a return laugh when he whisked her panties down her legs in a nanosecond. Being stripped of her dress and exposed to him fully, touched a vulnerable place inside her, as if her earlier courage lay in a heap at her feet along with her dress.
“Hey, no fair. I’m naked and you’re not.”
He fisted her hair a little tighter. “We’ll get there.”
“When?” The lights were bright in the kitchen.
“You would be fun to tie up.”
Her mind’s eye wrapped her in a series of rope patterns. She could almost feel the itch. She licked her lips. “Okay.”
His eyes narrowed a bit. “Into bondage, are we?”
“Maybe.” She’d be into anything this man was into because her insides were ready to explode.
“Too bad we don’t have some of that parachute silk here. I could wrap them around these . . .” He regarded one leg. “. . . incredibly luscious legs and keep them still. Though I’d rather like seeing you come undone.” The vision of all the positions he could put them into tumbled into her mind. Yes, please.

He brought his lips and hot breath close to her ear. “And once I have you bound and helpless, how should I take you? Missionary? From behind? Against the wall?” He pulled back to face her. “Or all ways?”
She inched her legs further apart, and nodded.
~~~~~
Derek dropped his hold on her hair and stepped backward. This woman was too good to be true.
Was she fishing for his sexual proclivities? Nothing about her spoke of seeking gossip or blackmail material, and she appeared quite sensitive to that possibility for herself. He dismissed his suspicions.
Was he being careless? Probably. He didn’t care. His cock overruled any over-thinking on that front. He had to be inside this woman. Now.
He supposed he should have stopped to further assess her scene play experience, but where would she have encountered kink? In some kid’s shared apartment with play toy handcuffs and a tickler?
That conversation would come later—and there would be a later. He was certain of that fact given the saucy curiosity he read on her face.
Her inexperience demanding to be overturned intrigued him. She’d called him a gentleman. He was. When shown a door, he’d been taught to open it.
For him, she was a place he hadn’t yet visited or a fantastic book he hadn’t yet read. So much to discover, and not only because she was uncharted territory for him. He got to be new to her.

He unbuckled his belt. After zipping it through the loops, he doubled it in his hand and waited. He assessed her breathing, where her eyes landed, what she did with her hands—all signs of whether she was turned on or scared.
The hungry look in her eyes and her pink tongue reaching out to touch her lip strengthened his resolve to keep going. He wasn’t yet sure if she fueled his dominance on purpose or by accident.
He laid the belt next to her. She didn’t flinch when the leather touched her thigh.
After peeling off his jacket and casually draping it over one of the chairs, he rolled up his shirtsleeves. He stopped her hands from reaching out to touch him.
“No helping, ballerina. Hands back by your sides. Palms on the table.” He purposefully increased the volume of his voice for effect. Her delicious pout made his mouth water. Such beautiful lips. 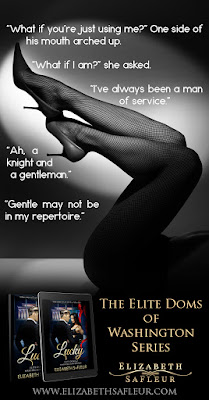 Many of my books are set in Washington, DC, where I lived and worked many years, running a public relations firm. In my PR career I’ve been fortunate to encounter or represent some of the city’s powerful insiders. I write, tweet and post under my pseudonym, Elizabeth SaFleur, since my clients might be a little shocked at how their counselor spends her free time. Then again, perhaps they’d fear they provided inspiration. (I’ll never tell.)

Today, I live  in Virginia with my husband and furry child. Occasionally I’m separated from my laptop to indulge in dance classes and visit wineries and hiking trails with family and friends. If there were a house fire, I’d grab my dog, laptop and five foot-long, regulation, Sally Rand ostrich feather fans — in that order. (Hubby knows the way out.) 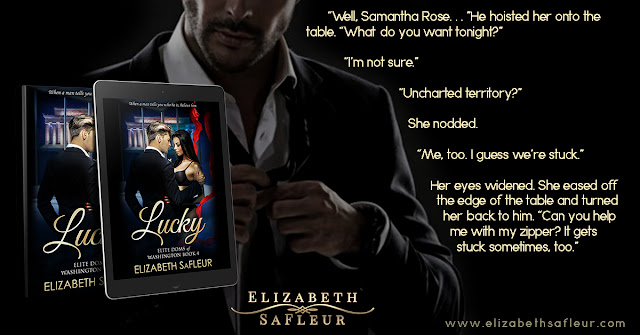