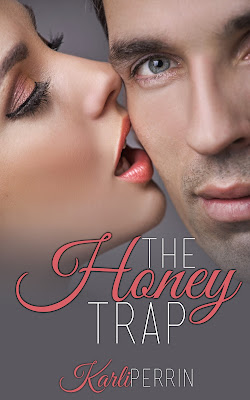 The Honey Trap by Karli Perring

After catching her childhood sweetheart cheating on her, Sophia Hamilton is hell-bent on stopping other women from getting played like she was.

And so the played becomes the player.

Fast forward two years and Sophia is now one of San Francisco’s most successful honey trappers. Getting paid to expose cheating men has become the norm but just when she thinks she has seen it all, she is offered a unique proposition which threatens to turn her entire world upside down.
Mason Hunter is a hotel tycoon, millionaire and cheater. Or is he?

Sophia has six weeks to find out.

She quickly discovers that Mason isn’t the only one keeping secrets and she becomes caught up in a tangled web of lust, lies and misplaced loyalties.

Lines are crossed. Rules are broken. The real Mason Hunter is about to be exposed.

The hunt is on. 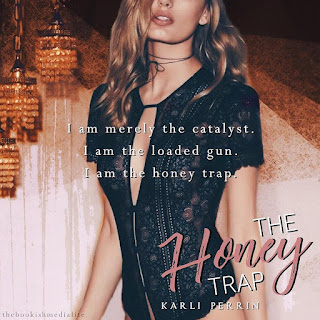 Sophia and Mason, an unconventional tale of The Honey Trap.  Would you spend your days trying to trap a man, would your man be trapped?  We’d all like to think not, no doubt.
Mason is set up by his rather conniving wife Emily to fall for the Honey Trap, that would be Sophia, but their first meeting does not really go to plan, and so the story unfolds.
Cue successful masculine hottie vs feisty, independent beauty = sexual chemistry oozing from the pages of this story.
You may be dubious about Sophia’s choice of career but there is good reason for her reasoning, and this has shaped her feelings, thoughts and future and brought her to where she is today.
While on the outside Mason may appear to have it all, he is in a loveless marriage.
I got to know Karli Perrin in 2013 when we got chatting over her book April Showers and the follow up to this April Fools, it was fun to meet a British Author in the Indie World and her books really shined.
So when she contacted me about The Honey Trap I knew I had to read it and I’m so glad I did.  I love good banter which gives me a good laugh and this had buckets of it between the characters and their friends, while keeping me on my toes with the plot and that bloody twist.
Congratulations to Karli on another excellent story, and if you haven’t read one of her books, I suggest you give this little British Author a try today.

Karli Perrin is a twenty something, English Language and Linguistics graduate from Manchester, England. She has always been a big lover of books and was inspired to write her debut novel in 2013. She is a huge believer of fate and is a sucker for a happy ending. Her ultimate goal in life is to live in a house made entirely out of books with her fiancé and two children.
...Hogwarts is plan B. 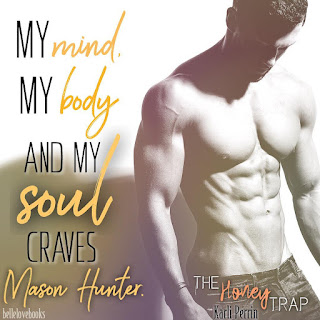