Book:  Misadventures with a Speed Demon 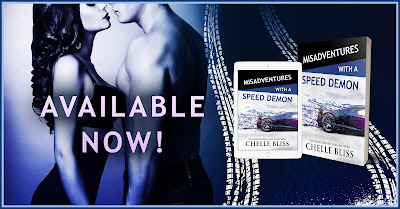 Brooks Carter is wild, reckless, and the youngest stock car driver on the professional circuit. He’s the one everyone’s gunning for when they’re not hoping for his failure at every turn. But Brooks is too hot to be left in the dust by anyone. Even with masses of female fans, Brooks only has eyes for one woman—Faith Ridley. Unfortunately, she’s the little sister of his biggest rival, who also happens to be the most notorious hothead on the track.

Faith has spent her life around hotshots like Brooks—gorgeous, cocky, and racing from one hookup to the next. It doesn’t matter that Brooks has had her in his crosshairs for months. She knows better. Until one lapse in judgment turns into more…

As passions rev up and tempers flare, Faith gets caught in the crossfire. But Brooks has come too far to back down without a fight. Can he win Faith’s heart while earning the respect of his enemy? Or will the rivals’ macho bravado force Faith to walk away from them both?

Buckle up. It’s going to be a wicked ride… 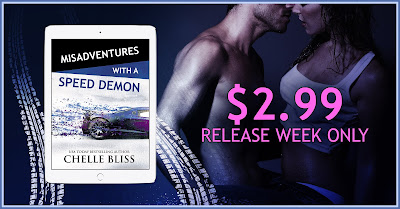 
This fast paced novel, takes us from an unwanted childhood to life in the fast track, and opens the eyes of the spoiled to see how evil the world can be.

Faith and Brooks come from two totally different worlds. Brooks only had himself, and Faith had everything anyone could hope for. When a chance at a new life is presented to Brooks, he instantly jumps at it. But when Faith sees him for the first time, she realizes that something has been missing from her life. Will love take the checkered flag, or will past demons return to destroy everything?

“There’s a fire in her. One I want. One I need to be a part of, and I won’t stop until she says the words I want to hear.”

This was a hot, and fast read. Chelle takes us to the races with a love story that will have your heart revving. Faith and Brooks are so real and relatable, making Misadventures with a Speed Demon a book you can’t put down. 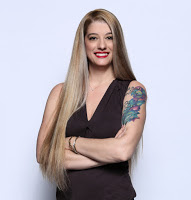 USA Today bestselling author Chelle Bliss currently lives in a small town near the Gulf of Mexico. She's a full-time writer, time-waster extraordinaire, social media addict, and coffee fiend. She's written over ten books and has two series available. She loves spending her free time with her boyfriend, 2 cats, and her hamster.  Before becoming a writer, Chelle taught high school history for over ten years. She holds a master's degree in Instructional Technology and a bachelor's in History. Although history is her first love, writing has become her dream job and she can't imagine doing anything else.
Facebook    Instagram    Twitter 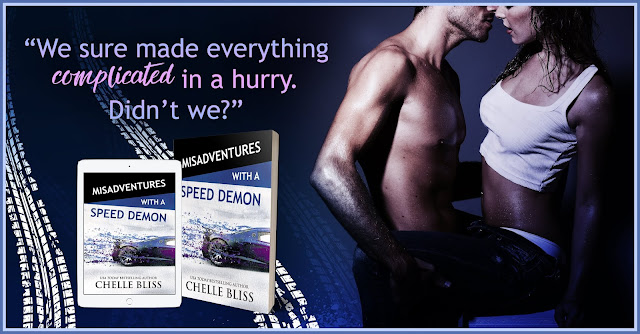