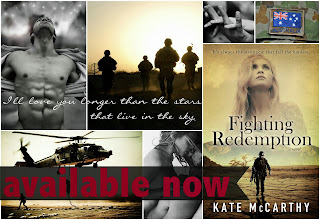 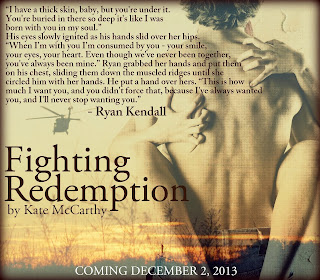 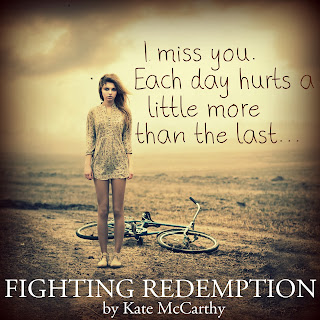 Kate McCarthy grew up in a small town outside of Port Macquarie, Australia. Raised in a house just a short walk to the beach, Kate enjoyed the peaceful, relaxed atmosphere and friendships that come from being raised in a friendly, small town area.
She now resides in Brisbane, Australia, a city in the state of Queensland where she works as an accountant, along with a sideline wedding cake business and her writing.
She is married with two children, has two dogs and house in the suburbs, and a pile of friends and family dotted all over the country that help keep her sane.
When she’s not busy running after naughty kids, filthy dogs, crunching numbers, piping buttercream and writing books, you can find her curled up in bed in the early hours of the morning reading new books and re-reading old favourites. Her favourite books are the Black Dagger Brotherhood series by J.R. Ward in which she longs to eventually join the brotherhood and change her name to Phierce Mutha.
Author Media Links:

So I picked up Fighting Redemption with mixed feelings and a little trepidation. I'm not keen on war based books but decided to give it a try.

Well I was hooked from the first page, sobbing by the second, laughing on the third! Ok. That might be a slight exaggeration but a good example of the roller coaster of emotions that Kate McCarthy takes you on.......

Ryan is a soldier, first and foremost, but why? Is he just running from his demons, trying to constantly make up for a childhood broken and scarred? Jake is his brother from another mother! Best friends. Blood brothers, then there's Fin. Jakes younger sister and the one girl Ryan can't forget.

“The taste of Fin was like the purest Heaven and the hottest Hell.”

“Christ. He didn’t just love her, he fucking adored her. He’d give his life for her if he had to.”

“He strode towards her wearing a deep blue shirt stretched tight across his wide chest and a pair of soft, dark jeans. Mirrored aviators covered his beautiful, dark eyes, and his hair—longer now—was casually windblown."

The relationship between Ryan, Jake and Fin nearly broke my heart at times......I did literally sob reading this book, several times........luckily Fin's best friend Rachael pops up from time to time and throws a ray of laughter into the pages.

“Oh my God, Fin,” Rachael hissed and grabbed a napkin off the bench. She started fanning herself with it. “The tension out there is thick enough to give me an eye twitch. Look,” she said, pointing at her eye. “Can you see it? It’s annoying the crap out of me.”

This is a great read, if you can read between the tears!