Can you handle the heat? A compilation of steamy stories to entice, tantalize, heat you up and take your breath away by ten of your favorite authors. Grab a cold drink before settling in for a hot summer night of reading. 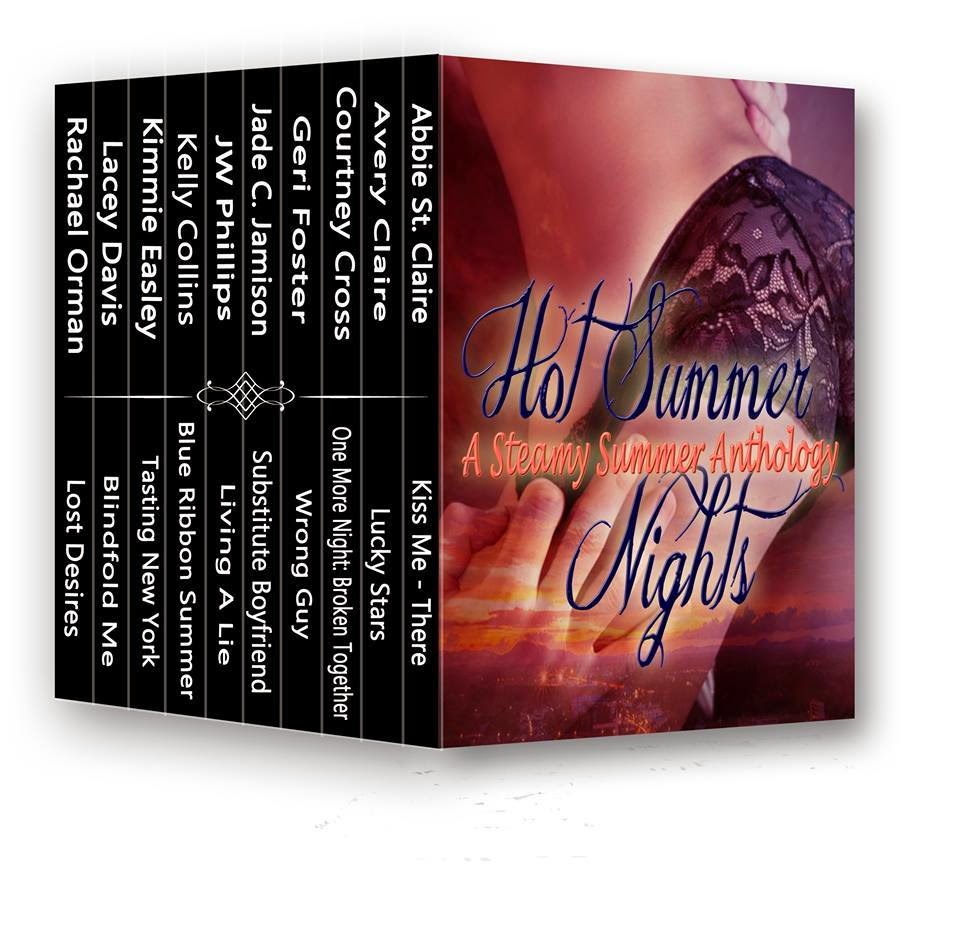 After eight years of marriage, Ian and Brittany are in a rut. Their life together has become routine, no longer filed with fun and spontaneity. And their love life? Non-existent.

Longing to break the dull, repeating pattern that is her life, Brittany looks to a friend for some advice on how to put some spice back into her marriage.

Her friend’s advice? A hands on, in home sex therapist.

Brittany brushes her off at first, but after another night of unexciting sex, she’ll try anything…ANYTHING to save her love life, even if it is an unconventional route.
Journey through the ups and downs of love, life, and lust with Brittany, Ian, and their sex therapist.

Melody is on her third date with James Thomas. She knows he expects them to have sex tonight, but what she doesn’t know is that he’s taking her to Fantasies for Rent an exclusive ranch where she’s in for the hottest experience of her life. Melody may learn she’s a submissive, but in the end will she agree to all the fantasies the club has to offer?

Hope Fairbanks is ready to cut the purse strings. She longs for the day that her affluent family will quit trying to buy off her dream of traveling the world as an art broker.

When she lands an internship at an elite NYC art gallery, Hope believes she’s finally on her way to freedom. That is until her first major assignment is to assist the highly sought after painter, Jonah Dempsey, with an upcoming show.

The eccentric, older artist unleashes Hope’s creative side by stripping away her inhibitions, one lashing at a time.

Tilly Shanters has big plans to make this summer a blue ribbon event. She’s heading off to college in the fall and has a few things to check off her list.
~ Win the county fair pie contest
~ Pack for college
~ Lose her virginity

Author Alex Saunders is just passing through. He has a few things to check off his list as well.
~ Clean out the house that was willed to him.
~ Sell it
~ Get to Hollywood to see his book turned into a movie

They had their summer set, until fate stepped in to redirect them. One night––one event––everything changed.

WARNING: This story contains mind-blowing sex, spanking, and dirty words. Proceed at your own risk.

An interview that she will never forget.

An interview that will either heal her or destroy her. 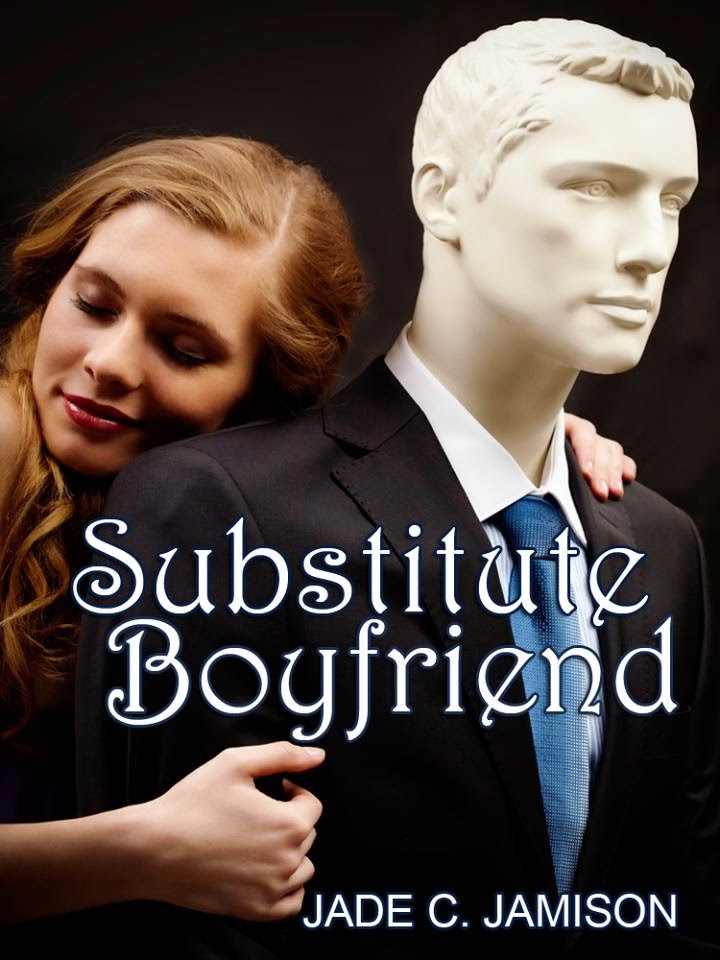 Elizabeth Slade, a college English instructor, has experienced success as a romance writer, but she has a dirty little secret:  She can’t write sex scenes without a little help from Carl, a gorgeous guy who plays her pretend boyfriend and makes a booty call whenever her imagination is flailing.

She’d like for Carl to commit to be her permanent and real boyfriend, and she thinks that’s where they’re headed until she finds him getting way too cozy with another woman in a bar.

At that point, she enlists the help of her friend, fellow college instructor Roman Decker, who offers to temporarily take Carl’s place while she sorts through her emotions.  She grows confused when she realizes she’s also attracted to Roman.  When Carl comes back to her on bended knee, does she take the bad boy who broke her heart or try to convince her friend to make a real go of it?

Ava Porter wants to seduce her boss who has no idea she's even on the planet. After indulging in enough wine to knock out her common sense and removing her contacts,she decides to pay him a visit.

Lucas Anderson is dog sitting for his younger brother when a beautiful woman knocks on the door, removes her coat to reveal a red bra and matching thong. Not a man to say no to a lady, he invites her in.

After an amazing night together, it takes a while for them to reunite, but when they do, sparks fly. Ava has dated so many losers, how can she think differently of Lucas? Life is full of surprises and they have to learn if love can be more than a one night stand.

I’ve really done it this time.
I’m such a fucking weak, pathetic mess when it comes to this man and he knows it.
And because he knows it, I hate him for exploiting my weakness.
He blows my entire world wide open, breaks down my barriers and I let him.
Because when it comes to this man, my beautiful, broken man, I’m totally fucking lost.
I don’t know how to deny him or deny myself of what I truly need.
He awoke darkness within me I had no idea existed.
But he did. He saw the monster I really am, embraced it, coaxed it to the surface and unleashed it.
He fixed me, saved me and put me back together.
Then he broke me all over again.
And still I came back for more, just one more night.
One more night to be me.
One more night to be the real me.
The me that only he gets to see, because the minute I leave his penthouse apartment, I will bury my real self way down deep again.
Until the next time.
Because there will be a next time.
There is no END where we are concerned.
He is my broken man and I am his broken woman.
And we are broken together.
Whether I like it or not............

A shooting star
A tragic mistake
A forbidden secret
A sexy summer of love
When two worlds collide, two hearts unite.
Jackson “Jax” Caraway has been on the journey from hell. Four years ago, his life was turned upside down when he was smacked with the title of pedophile, fleeing the city, now a black sheep. There are two sides to every story, and his side has yet to be justified. Finally ready to step from the shadows to live his life, he’s decides to take the plunge.  He just never expected for fate to drop a bombshell at his feet.
Jessa Roberts, graduate of fashion design school in Paris, is at a crossroads in her life. Finally she is free to plant her roots wherever her heart takes her. After having accomplishing her dreams, she doesn’t know what to live for anymore. Looking skyward, she wishes upon a shooting star to discover what the meaning of her life is. Normally a quirky, urban girl, she decides to branch out during a boring summer to experience the country life. And boy does she love the country view, all six feet, hard body in tight wrangler jeans, white t shirt, and boots. Lucky her, the amazing specimen is outside her window too.
On a hot summer day, their worlds collide; sparking instant chemistry, intertwining their hearts, and a magical love affair begins. A true fairy tale. Will the past come back to haunt them? Will the secrets of their forbidden love tear them apart? Can their love be enough to last more than the summer?

A fifth-year surgical resident who only has time for her new career…
A talented heart surgeon who’s just returned from Doctors Without Borders and wants to make time for romance…
A relationship that can’t possibly get off the ground…or can it?

Quinn Ross has only a couple of months left of her residency in Houston before she takes her boards and joins a prestigious heart surgeon in Dallas. When she gets a serious case of pneumonia and becomes a patient herself, she meets Dr. Roman Burke.

Roman found his love in Doctors Without Borders and made a career out of helping those less fortunate, especially small children in places like Haiti. Roman hid his heart under a magnificent tattoo for a very private reason and when Quinn thinks she’s found the reason…she’s misled and very wrong, making a wild move which leaves her feelings and her heart locked away.