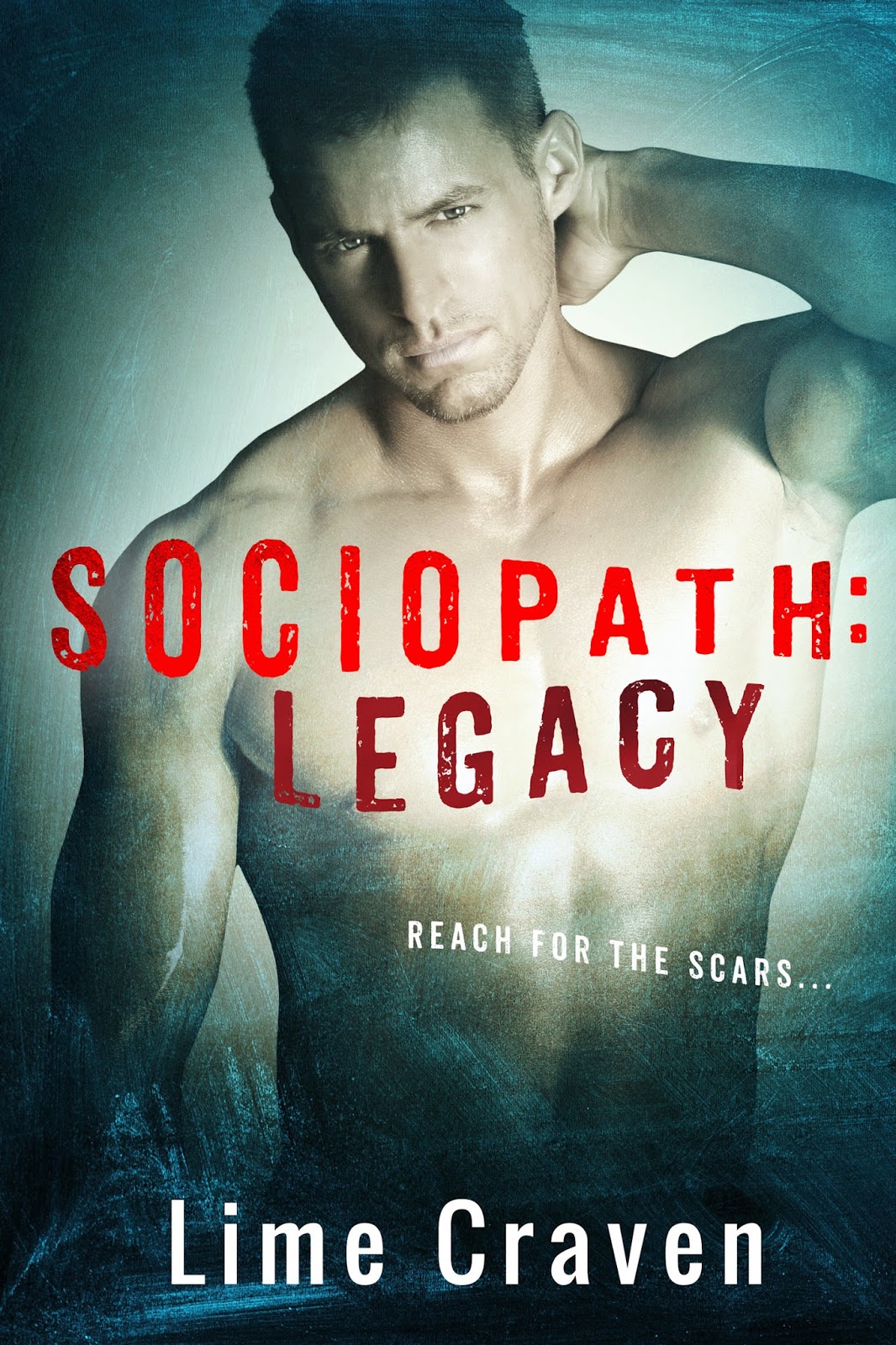 Reach for the scars...

Remember me? Aeron Lore: happy and humble. A people person. All around nice guy.

Even I can't say that with a straight face.

But seriously, things are going great. Leo's behaving herself; I'm enjoying making sure she behaves. We're a great team. SilentWitn3ss, our live-streaming news project, has launched to my favorite things ever: controversy and profit.

So when the FBI comes to me and wants to use SilentWitn3ss footage to trace a serial killer named Blood Honey, I'm only too happy to be superior—I mean, to help. And if Leo thinks the brutal Blood Honey and I have a few things in common, I guess that's to be expected, given my rather unique preferences in the bedroom. My...condition.

But I'm not like him. I can't stand that she would even think it.

If his actions threaten my relationship with Leo, I'll hunt that fucker down myself.

If he gets too close for comfort, I will make him bleed—and trust me, he's closer than I ever anticipated.

There's a food chain, grasshoppers. The buck doesn't stop with him. It stops with me. Blood Honey is a nasty son of a bitch, but I can be a lot worse. Question is...do I want to be? 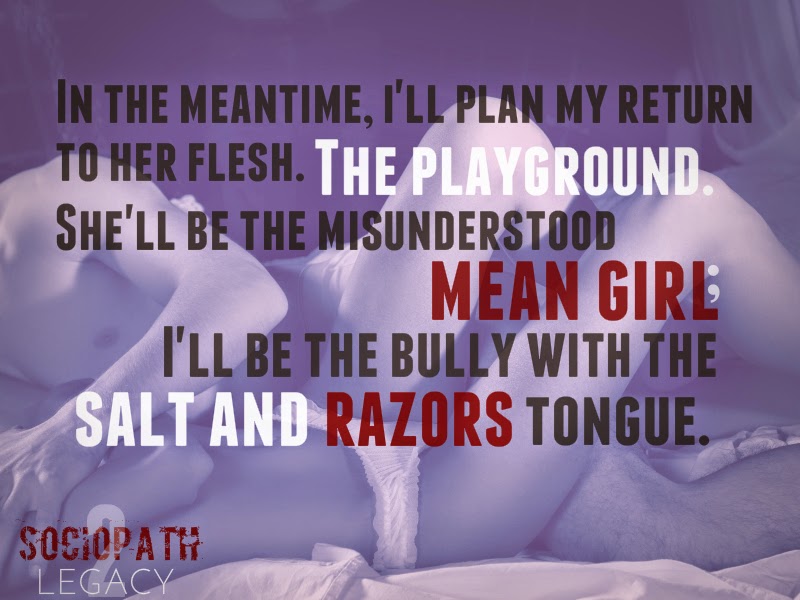 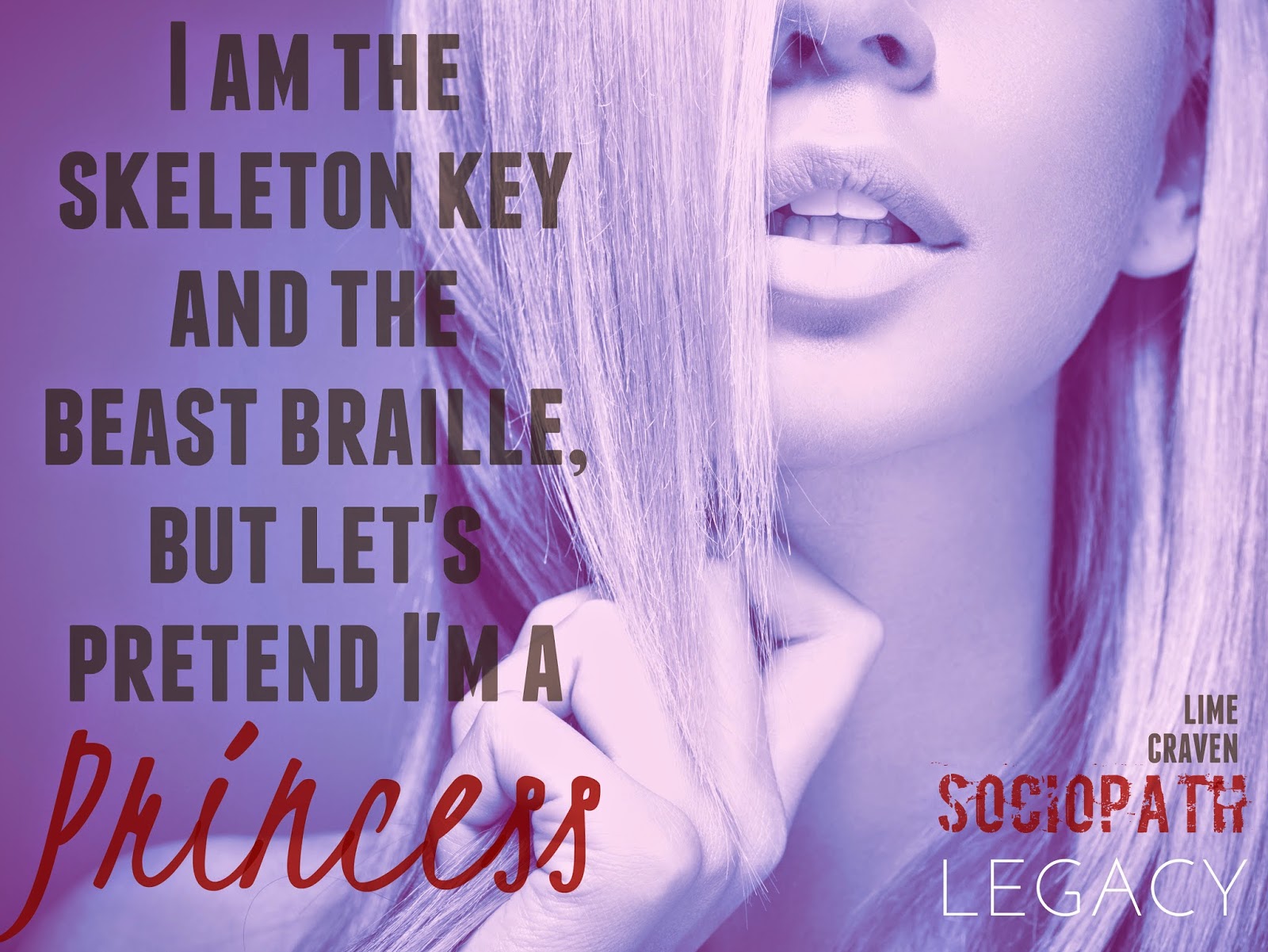 I seriously needed a few hours after reading Legacy to collect my thoughts about this two book series.  I thought I knew what I was getting into after Sociopath but I was so wrong.  Lime Craven took what I had experienced in book and  made this story explode into a million brilliant pieces and then placed the puzzle back together right before my eyes.  The end result was purely astonishing and I realized my feelings toward those two characters have taken a complete shift from when I started.  In some magical way she morphed those two from the deviant characters that added a high degree of kink and insanity in book one, into two people who have struggled their whole lives with lies, secrets, revenge and now love.

I didn’t even think those two knew what love was, but Lime slowly showed us the moment they realized the true definition.  I am not talking about lustful love, this is regarding the form of love a parent has for their child, the love humans have for society. She exposed them to the kind of emotion that draws you out of your selfish shell and into the environment of caring about others, feeling remorse, regret, accepting you vulnerability and downfalls.
In Legacy, the author took Aeron and Leo from the world of needing to see blood during sex and into the world of his business, naming and chasing down the new serial killer named Blood Honey.  This forces Leo to deal with her past, her relationship with the one friend who Aeron had a hand in destroying.  Was she with him still out of revenge or had she developed an addiction to his need for power and blood.  She carries the scars of those times, but are they scars of pride and affection or the means to ending Aeron Lore.  What Blood Honey leaves behind is gruesome and evil, but they are also similar to what she knows Aeron is capable of.  Is she sleeping with a serial killer and if not, then does Aeron have ties to Blood Honey.

Aeron is determined to get the story of the killings out first.  With his connection to the police, his internet media company will be the first one reporting and he has no problem showing the pictures of the victims if that will get him the ratings.  When he begins to notice Leo has pulled back and showing doubt regarding him, he needs to refocus his attention to proving what they do in the bedroom is nothing like what Blood Honey is doing to innocent victims.  When the tables are turned and his name is being posted all over the media fronts as a connection to Blood Honey, he knows he must do something but what?  It is too late to silence the community but is it too late to convince Leo she is safe with him?

Now this is where the explosion happens for me and I am only able to buckle up and watch the magic happen.  How this all falls in place and the identities of players we didn’t even know were in the game is remarkable and I was left with my jaw on the floor wondering where this creative genius has been hiding all my life.  I know some people couldn’t finish Sociopath, it was too dark for them, or they didn’t feel like it had a plot.  Well let me reassure you that sometimes hanging in there and trusting the author has a plan pays off with HUGE rewards and this was one of those times.  I still, after ten hours of finishing that book, wonder how I missed where this story was going.  When did Lime Craven change the path of this journey and lead me in a whole new direction. GET YOUR COPIES OF THIS SERIES join the ride and be prepared to be amazed.

I like dysfunction. Broken people who can't fix each other, but fit together because they're missing the same pieces. One of my favourite songs declares, "take the sinner down to feed desire," and that's my MO. I write dirty psychological thrillers with strong elements of dark romance.

I love antiheroes. Female characters who don't just accept their faults, but downright exploit them. No nice boys. No shame. Mindfuckery for all.

The name's Aeron Lore. And you are...? Such a pleasure to meet you, sweetheart. Is that a southern accent? Gorgeous.
You fucking bitch.
Why so surprised? I control a billion dollar fortune. I control the news. Give me five minutes and I'll control you, too. If you could read my mind, you'd probably call me perverted. Unnatural. Manipulative. But I've learned to blend in, to be funny and charming. A predator in a designer suit.
I have no conscience. No shame in taking the things I want. And what I wanted was for Leontine Reeves to sell me her boutique tech firm so I could exploit the fuck out of it. Maybe exploit the fuck out of her, too, because desire haunts me in shades of scarlet, and I desire Leo most of all.
I never meant for this to be a love story. I fought it kicking and screaming, the same way Leo fought me. Now we're bleeding into each other, making a mess. A chaos. There's no control here. And what do monsters like me do when control leaves the building?
We attack. 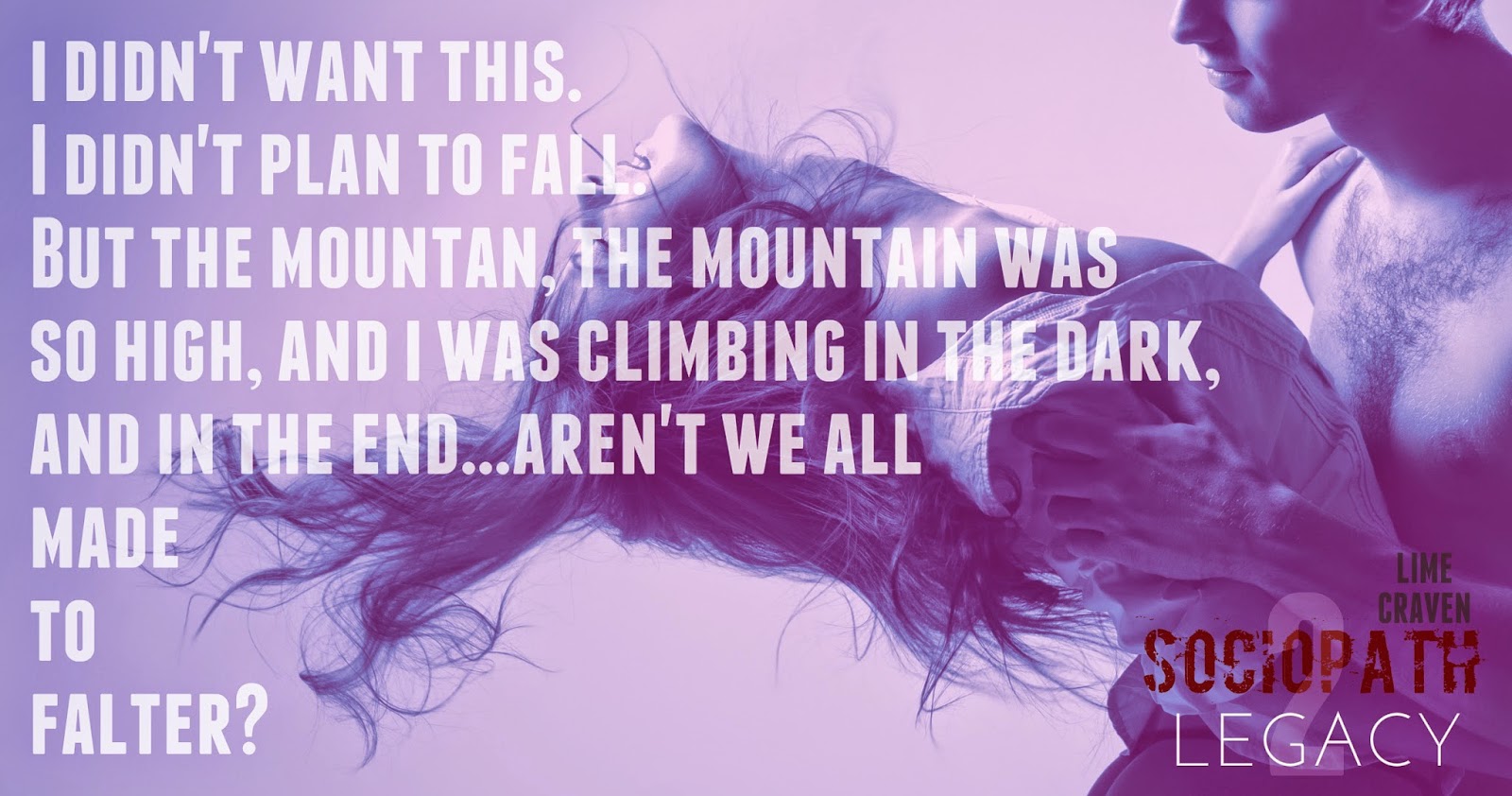