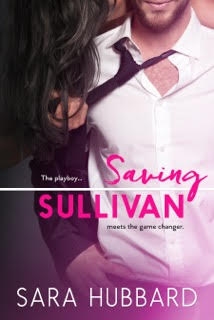 Sullivan Hope is a total screw up. He finished university with the help of his father's donations to the school and an ultimatum: Straighten up and join him in the family business, or screw up again and he's cut off for good. This summer is his last chance to live it up before walking the straight and narrow in the fall, and the lure of a good party and, even better, alcohol is more than he can resist. Besides, he's never met a situation he can't handle or talk his way out of, or a pair of panties he couldn't talk his way into. That is, until he meets Abby, the nursing student full of sarcasm and sass.

Flying half way across the country to do her practical nursing placement at Stone Cliff Resort hadn't been part of Abby Claire's plans for the summer. When her first appointment, which would allow her to stay at home and care for her family, falls through, it's either pack up and go or risk not graduating. Meeting the rich, God's gift to all things on earth playboy, Sullivan Hope wasn't in her plans, either, but the more she's around him, the clearer she sees the man who hides behind the parties and liquor.

When a summer fling turns into more than either of them had bargained for, Sullivan's world begins to crumble and Abby gets dragged down into the rubble. He can't let her in despite her healing touch. And Abby can't risk getting too close and finding a reason to stay and save Sullivan. 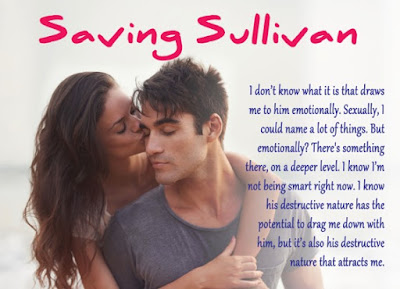 "My tears come first, following by quiet sniffles, but within minutes of waiting, I’m sobbing and excuse myself to go to the bathroom. I slide down the wall and sit on the floor, hugging myself and rocking gently."

This book had me at hello!  Saving Sullivan was amazing!!  The level of giddiness that this book gave me is off the charts!!!!  I loved everything about it!  From the characters to the location (yay Canada!!), every word held my attention!

One thing I really admired about Sara, is she made the female MC a strong woman. Abby had her two feet firmly planted on the ground. Even when Sullivan, the other MC came around, he wasn't able to uproot Abby as quickly and smoothly as he would have liked.  The issues that both MC's dealt with were so relatable.
Also, Sara's writing was so strong and addictive...I read the book in about 5 hours!!

"He fidgets for a moment, staring down at our hands like they’re our lifelines. My heart breaks when he looks like this. It’s not my job to save him, and yet seeing him suffer hurts more than anything he could do to me."

I am a huge fan of this book, and of Sara Hubbard!  HUGE!  I recommend this book to anyone!!