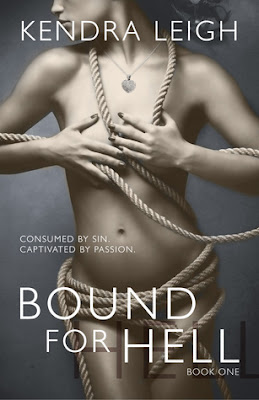 Angel Lawson. Photographer. Gallery Owner.
Burdened. Beautiful. Broken.
A woman bound by the ropes of her sins and forgotten past, fearful of her future

Consumed by guilt and tormented by the bonds of a tragic past, Angel Lawson’s life has been a solitary journey, condemned to live without love. In order to preserve her damaged soul from further rejection, sex is as close to a man as she ever plans to get.  She was already hell-bound for her sins. One more wasn’t going to hurt ...

When a passionate encounter throws her into the world of Ethan Wilde, Angel is helpless to resist the irrefutable desire and depth of raw emotion he ignites in her.

Ethan is as intense as he is sinfully sexy. Irretrievably captivated by Angel, he seems just as intent on understanding her naked soul as he is desperate to possess every inch of her naked body.
Angel craves his touch like a drug and yearns for the love he promises, but surrendering to the feelings he’s unearthed will mean exposing her fears and releasing the demons buried for a lifetime.

Exposing her heart will leave it at risk of being broken.

Buy Bound for Hell on Amazon:

When we reached the apartment, I ran straight for the shower, leaving Ethan in the kitchen to start on the pancakes. I needed time to compose myself, cleanse my body and mind of the conversation which had seemed to sully the morning. Leave it behind, forget it. It was the first time I’d ever shared my shit with anyone, and it would teach me to leave it where it belonged. In my poisonous past.

When I finished, I dressed quickly in jeans and a top, and padded barefoot toward the kitchen, squeezing droplets of water from my hair with a towel.

Ethan had his back to me, unaware of my approach, and was slamming about in a rage, anger radiating from every pore of his body. As I came within a few feet of him, he seemed to lose it all together, and raising a bowl in the air, smashed it down violently into the sink.

“E, what are you doing? What’s happened?” I gasped, stunned by the vehemence of his demeanor.

My presence startled him and he swung around to face me, his eyes dark, nostrils flared with seething rage. Seeming to war with himself, he opened his mouth to speak, but the words failed, as if they’d already begun to evaporate before he could form them. Instead, he just stared at me, his eyes dark and intense with emotion boring so deeply into mine that they seemed to reach inside my very soul.
Suddenly he moved, striding swiftly toward me and without a word, flung his arms around me, squeezing me so tight it stole the breath from my lungs.

“What is it?” I asked, fear gripping my heart with the frightening possibilities raging through my mind.

As if the physical contact with me offered sustenance, he relaxed his grip, his face angling to look down at me through glistening eyes. A profound sadness seemed to have engulfed him, a helpless, angry veil shrouding his usually poised mien. Then, as if to dispel the emotion that even impeded his speech, he shook his head and closed his eyes. As he did, a solitary, angry tear escaped from the corner of his eye and spilled on to his cheek.

When his voice finally emerged it was hoarse, barely above a whisper. “You.”

Me? I was causing him this apparent agony? 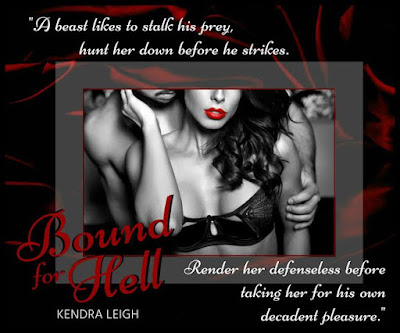 Wendy's 5 Bare Naked Stars Review
This debut novel encompasses all that is good for this genre and opens us up to an emotional enthralling story of two souls brought together.

Hell was hot, but the flames of deliverance might be the ones
to burn …

And secrets have a habit of revealing themselves when least expected…

Get it for #FREE on Kindle Unlimited, or
Buy Bound For Salvation on Amazon:

Angel once believed her soul belonged to the Devil. Now she willingly gives every part of her—mind, body and soul—to the man whose love mends her a little more each day.

Ethan knows Hell is no place for an angel, especially not his Angel. He would sacrifice his soul every day of his life in order to save hers.

Fuelled by an almost obsessive desire, their need for each other ignites a passion that most couples could find destructive, but instead the flames of their possessive vigilance only seem to feed the fire of their insatiable hunger. The slaying of Ethan’s demons has made their fortress of love stronger than ever.

But Angel continues to paper over the cracks of her troubled past, running from the demons that chase her and the nightmares that plague her. When a twist of fate forces her to confront them, she finally begins to accept that her repressed memories need to be explored in order to attain the peace she craves.

But in her search for Nirvana, Angel discovers far more than buried memories.

What happens when the worst nightmare you’ve ever encountered is the one you wake up in?

When the past comes face to face with the present to reveal a web of diseased secrets and lies?

And the only road you can take leads to one destination… Hell.

Get it for #Free on Kindle Unlimited or
Buy Bound For Nirvana on Amazon: 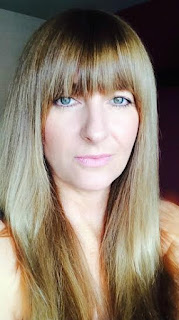 Kendra Leigh fell in love with words and reading as a young child. She was at her happiest when Enid Blyton whisked her away up into the magical lands at the top of the Faraway Tree with Moon-face and the rest of the gang.

Now, of course, she has more of a fondness for chocolate, cheese and hot men in suits – not necessarily in that order.

Kendra devotes her life to her devilishly handsome partner, scandalously beautiful daughter and cute as hell Shih-Tzu. She believes in love at first sight, and as well as writing and reading, Kendra has a passion for great movies and brilliantly written TV.

The Amazon bestselling Bound Trilogy is her debut series. She is currently plotting and weaving a spinoff series to feature well-loved characters from the trilogy. 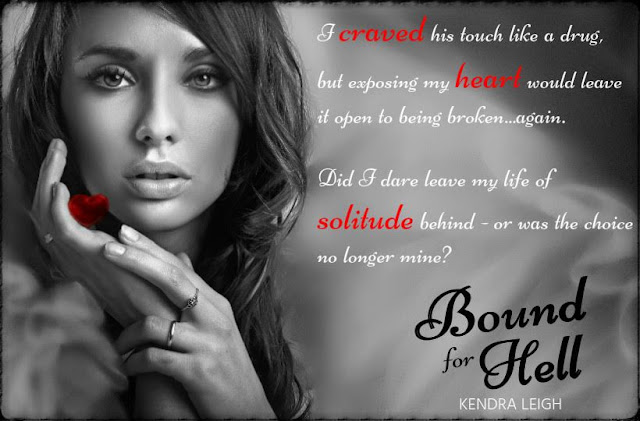