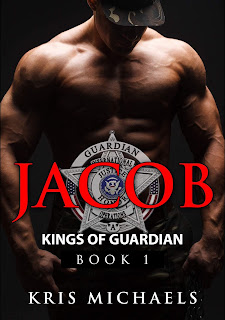 
Victoria Marshall didn't cooperate by dying in the Afghani hell-hole like the CIA expected. Defying all probability, a privately-funded black ops group led by a handsome, sexy-as-sin southerner pulled her out of the warlord's prison cell and brought her home. Even half out of her mind with pain Tori knew this man was special. She made a date with the commander to meet one year later at a restaurant of his choice. Keeping that date was the best thing she ever did.

Jacob King found little physically attractive about the woman he saved from the warlord’s camp, though it was hard to see what lay under the filth and suppurating wounds she suffered from countless beatings. He admired her brave humor in the face of her agonizing injuries. This kind of tough-minded woman was someone he'd like to know as a friend. He never expected the leggy, blond bomb-shell in the red dress who showed up for their date.

But then he never expected she would save his life, either. In a world of shadows, smoke, and dangerous covert missions, where people routinely vanish and living one more day was never a given, Tori and Jacob fight to build their happily ever after. 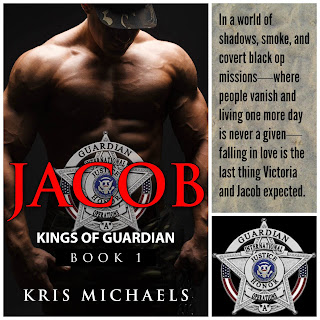 Victoria tried to stop her nervous drumming of her fingers against the car door, but the alternative was to check her make-up…again. Her hand lifted to her hair to smooth it back. Damn, she just couldn’t sit still. Once again, she wondered if she had gone overboard on the dress and shoes. The flame-red angora wool dress hugged her body like a second skin and molded to her toned thighs. The combed angora gave the illusion of softness that almost forced a person to touch the fabric. Her breasts mounded tantalizingly above an ultra-low scoop of the neckline and the now nicely toned muscles of her long arms peeked from the shoulder to cuff slits in the sleeves. Her classic, four-inch black Louboutin pumps with the red soles that matched her dress made her six-foot, two-inches tall, but the man she remembered from the plane would still be taller. A simple, black leather rope necklace with her favorite diamond solitaire drop and diamond stud earrings completed her ensemble. She checked her lip stain and added some gloss.
For the first time in a long time, she worried about what someone thought of her appearance. The sensation sent a small tremble of fear that she tried to squelch. She wanted Jacob to see her for who she was now, not what she had been. A larger wave of anxiety washed over her at the thought he might not show hit her once again. Her fears had mocked her all year, but tonight they screamed for attention. He only kept you company. The talk of the date provided nothing more than a distraction to keep your thoughts from your injuries. Tori’s eyes misted as she fought the disappointment that threatened to overtake her.
Two years ago, these types of emotions wouldn’t have run rampant. What happened to that fearless woman? Life happened. Her time at the ranch in South Dakota had healed her body and therapy had helped her learn mechanisms to cope, but from time to time, the PTSD still kicked her butt. She blinked several times and tried to talk the fears away. She repeated reaffirmations almost as a mantra. I can do this. What’s the worst that could happen? Okay, so he doesn’t show. If he doesn’t, I’ll have a glass of wine while I wait for the car and go back to South Dakota. This date doesn’t impact who I am. Still…he would show. He had to.
The streetlights passed and she recalled the steel blue eyes of the mercenary who’d saved her life. She saw his massive muscled shoulders and chest, the way he towered over his men and the way his uniform accentuated his wonderful physique. Tori blushed at the desire she felt. For weeks after the rescue, she had meticulously recreated every memory, every glimpse she’d had of Jacob. When she recalled his sense of humor and his smile, the tenderness in his eyes and the gentleness of his hands, it brought her a warm sense of comfort. Lord knew she would recognize his voice at once if she heard it again. That deep southern accent with its rich timber surrounded her every recollection of him and visited her in dreams at night. Every detail of the man seared a profound and permanent brand in her memory
The car slowed as it pulled near the front of O’Malley’s. The driver lowered the privacy glass and explained he needed to wait for the limo in front of them to unload its passengers. Victoria looked at her watch and noted the time. Ten minutes late. She worried her bottom lip nervously. God, she hoped the grace period he granted still applied. The young chauffeur pulled up, parked, exited the car and jogged around to her door. The driver opened the door with a flourish and held his hand out for Tori as she exited. At least thirty people milled around the immaculately landscaped courtyard, preventing Tori from seeing if Jacob waited for her.

Jacob looked back towards the front of the building, his impatience growing in exact proportion to his pain. A long sexy leg adorned with come-fuck-me-now stilettos appeared from the vehicle at the curb. He and every man in front of the establishment turned and admired, as a smoking hot blond emerged. Her mass of dark honey-blond hair veiled her face when she unfolded from the car. The fire engine red dress she wore should’ve been illegal. It molded every curve of an exceptional, toned body. Whoever that woman’s date was tonight had better have a gun. Damn, that woman was combustible. Discouragement started to set in. Where the hell was Tori?
The phenomenal beauty in the killer red dress finished her conversation with her driver and moved with graceful ease onto the sidewalk, her eyes focused on the front door. Well…fuck me. He couldn’t prevent the Cheshire cat smile that spread across his face as he recognized her. My God. He’d hoped she might be an acceptable looking woman under the filth and bruises, but damned if she didn’t surpass acceptable by miles. You are one lucky son-of-a-bitch, King… I think someone up there likes you after all. Tori scanned the crowd, and he stepped forward.

She recognized his towering stature the instant she saw him and her face lit up with an unadulterated smile of delight. With a self-discipline she didn’t know she had, she took her time walking up to him. Her eyes lingered on his dark grey Armani suit, black shirt, tie, and matching sling that held his left arm. The man was far, far sexier than she recalled. His broad shoulders stretched the suit jacket and he stood several inches taller than her heel-enhanced stature. Her body shivered with anticipation as she stopped directly in front of him and looked up into his eyes.
On a desire-filled impulse she leaned forward, careful not to touch his injured arm, and kissed him softly on the lips. “Thank you for not forgetting our date.”
Jacob’s eyebrows rose and his voice rumbled in a low whisper as his good arm circled her waist and held her in a light embrace. “If that kiss is for not standing you up, what do I get for rescuing you?”

SYNOPSIS
Ember Harris has sworn to save lives. Joseph King is an assassin. Death is their common ground, only they stand on opposing sides. Thrown together they find that in life, like death, everyone needs a Guardian.

Protecting Em is Joseph King’s last mission and this time he’ll risk anything, including his life, to keep her safe. As a matter of fact he’d stroll through the sin-stoked fires of hell and gut the devil himself.

Once in a while you come across a book that just captures your interest and heart.  This was the book for me.  From page one, Tori will make care and invest in her story.  The term strong woman is not even close to who this woman really is.  Tortured in an Afghani prison, she came close to death multiple times, but she continued to refuse the monsters requests for the truth.

Jacob and his team blast their way onto the scene, finding the American woman and getting her to the medical base in Germany.  While on the trip back their chemistry begins to brew.  Tori was in such intense pain, she would lose consciousness often but she felt safe with Jacob by her side. Who wouldn’t?  Jacob is strong, sexy and a real hero.  He loves her personality and fight to survive, but he was sure there was no way she would ever be normal again.

After a strange request involving a year and a steak, he was going to going to finally see not only the beauty she was but a chance that she could be his salvation. She fit in with his team and life, she understood his world but there was no way to predict a future for them when at any moment their jobs could take them away.
I had not heard about this author before but I am a huge fan of hers now.  The details in this story proved she was not just bluffing her way through the plot.  She brought up things during the mission that I was ashamed to admit I never thought of.  Her writing style is so smooth and pure, the story read as if a movie was effortlessly unfolding in front of me.  The descriptions she used allowed the reader to activate every one of their senses just as Jacob and Tori did. From the sensation of smell, taste and touch, she didn’t just tell us a story, she bought us a one way ticket to live it with Jacob and Tori.

I can’t recommend this book enough and I am making it an absolute must read series.