While Catherine faces dark shadows and pleasurable highs, Jayden finds his own inner strength being tested. He has come to realize that, somewhere along the way, Catherine has taken possession of his heart, mind, and body. Now he faces his biggest challenge ever; he must let go of all his submissives but one: his jewel, Catherine. Can he leave his philandering ways behind? Has he made the ultimate mistake by putting his jewel into the hands of others? 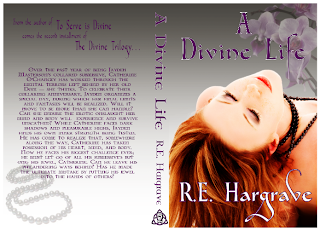 
R.E. Hargrave lives on the outskirts of Dallas, TX where she prides herself on being a domestic engineer. Married to her high school sweetheart, together they are raising three children from elementary age to college age. She is an avid reader, a sometimes quilter and now, a writer for Renaissance Romance Publishing. 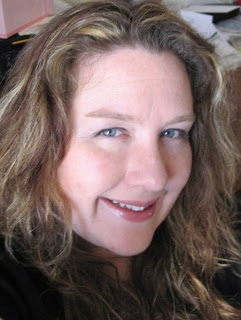 Social Media links
http://www.rehargrave.com
https://www.facebook.com/REHargrave
https://twitter.com/REHargrave
http://www.goodreads.com/author/show/6579501.R_E_Hargrave
http://www.amazon.com/R.E.-Hargrave/e/B00ALX8VUW/ref=sr_ntt_srch_lnk_1?qid=1365187640&sr=8-1
http://www.barnesandnoble.com/c/r.e.-hargrave
About.me
Pinterest
Smashwords
Excerpt
“So, how does that work? I mean, how does one draw the line between Master and husband?” Was such a complicated relationship possible? Could Jayden see her that way? Just thinking his name caused a funny feeling in Catherine’s chest. Her thoughts continued, now on overdrive . . .
No. Master didn’t do personal relationships. He’d said as much when they’d first signed their con-tract together. They’d both agreed to the understanding that this was nothing more than a sexual relationship. Hell, he was fucking two other people besides her that she knew of. If there were a chance that he wanted something more with her, he wouldn’t have handed her over to complete strangers today. Would he? Oh, God. Sir Jonathan’s offer to take Catherine on repeated itself in her memory, along with the knowledge that she had more sessions today with an unknown number of Doms. Was that what today was? Had the ‘inspection’ Sir Jonathan performed not been part of the scene? Was Sir Jonathan looking her over as a potential acquisition? What about Miss K offering to take her on back in February? Catherine’s stomach soured again.
“No. No, please, no. I — I can’t,” Catherine mumbled and began to shake.
“Erin?"
Her world began crumbling around her, and panic took root. Catherine gasped for air, wrapping her arms around her mid-section.
“Erin! What’s wrong?”
Paige’s shriek snapped Catherine to attention, and she raised her watery eyes to meet her new friend’s.
“Paige,” Catherine started to cry. “He figured it out. I tried to be so good, so careful. He knows, and he’s going to get rid of me!” She thought she’d done so well at hiding her secret over the months, protecting her heart.
Paige had wrapped her arm around Catherine and was rubbing slow circles on her back. With a wince, Catherine became quite aware of every lash mark from Sir Jonathan’s whip. They now burned to her core when Paige’s soft hands brushed over them. Catherine flinched away from her.
“Shh, Erin,” she said in a calming voice. “Who knows what, sweetie? What are you talking about?”
Turning wide eyes on her, Catherine choked out, “Jay . . . Master. He knows I’ve fallen in — in love with him. I wasn’t supposed to. He found out, and now he’s interviewing me with strange Doms to get rid of me. I broke the rules and he —” she swallowed a sob, “he doesn’t want me anymore!”