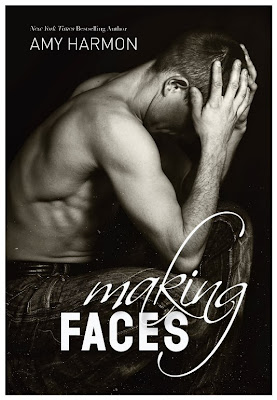 Ambrose Young was beautiful. He was tall and muscular, with hair that touched his shoulders and eyes that burned right through you. The kind of beautiful that graced the covers of romance novels, and Fern Taylor would know. She'd been reading them since she was thirteen. But maybe because he was so beautiful he was never someone Fern thought she could have...until he wasn't beautiful anymore.

Making Faces is the story of a small town where five young men go off to war, and only one comes back. It is the story of loss. Collective loss, individual loss, loss of beauty, loss of life, loss of identity. It is the tale of one girl's love for a broken boy, and a wounded warrior's love for an unremarkable girl. This is a story of friendship that overcomes heartache, heroism that defies the common definitions, and a modern tale of Beauty and the Beast, where we discover that there is a little beauty and a little beast in all of us.

Wow! I was totally blown away. I was in tears throughout the entire book but such happy moments too!  From the very first page I was hooked!  It will take you on a journey you never expected full of second chances, tragedy, sorrow, happiness, and self-acceptance.
Ambrose was the total jock.  He was the wrestling god, football player, had the perfect body, and face.   He loved wrestling but everyone put so much pressure on him.  His heart wasn’t in it anymore.  He won a scholarship to Penn State for wrestling.  But wasn’t sure he even wanted to wrestle after high school.
"Do you think there's any way someone like Ambrose could fall in love with someone like me?"
Fern has "ugly girl syndrome".  She can’t see why anyone would like her.  She has fiery red hair, braces, and glasses. Ambrose was Fern’s crush from as long as she can remember.  It was always Ambrose for her. She was a writer and had no plans to move away after graduation.
Bailey was Fern’s cousin and best friend.  He lived next door to her and they spent every moment together.  Bailey had Dushenne MD. He was thankful for every day he had and lived life to the fullest.  His dad was the wrestling coach and he got to help out the team.
Ambrose had four best friends.  They wrestled together and stuck together through everything.  After the horror of 9/11 Ambrose wanted to join the military and he wanted his 4 friends to go with him. They were all unsure.  But in the end they decided to go together.
Ambrose and his 4 friends went away to the war after graduation.  Tragedy strikes and everything changes for Ambrose.
"How did you know I needed you? "
"Because I needed you too."
He comes back a different man with a badly scarred face.  At first he has a lot to deal with and doesn’t want anyone to see his face.  Slowly he starts to let Fern get close and they slowly fall in love.
There are many twists and turns throughout the book.  And more than a few shocking moments.
No spoilers here, let’s just say I really enjoyed the ending.  And I am more than looking forward to the next book Amy Harmon writes. 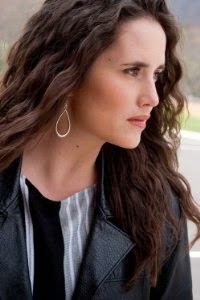 Amy Harmon knew at an early age that writing was something she wanted to do, and she divided her time between writing songs and stories as she grew. Having grown up in the middle of wheat fields without a television, with only her books and her siblings to entertain her, she developed a strong sense of what made a good story.

Amy Harmon has been a motivational speaker, a grade school teacher, a junior high teacher, a home school mom, and a member of the Grammy Award winning Saints Unified Voices Choir, directed by Gladys Knight. She released a Christian Blues CD in 2007 called “What I Know” – also available on Amazon and wherever digital music is sold.