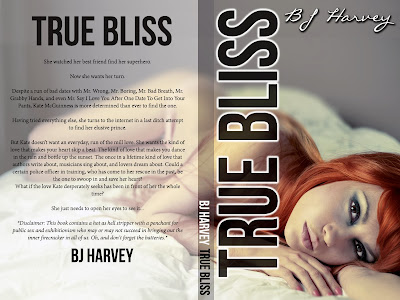 She watched her best friend find her superhero.

Now she wants her turn.

Having tried everything else, she turns to the internet in a last ditch attempt to find her elusive prince.
But Kate doesn’t want an everyday, run of the mill love.

Could a certain police officer in training, who has come to her rescue in the past, be the one to swoop in and save her heart?

What if the love Kate desperately seeks has been in front of her the whole time?

She just needs to open her eyes to see it...

*Disclaimer: This book contains a hot as hell stripper with a penchant for public sex and exhibitionism who may or may not succeed in bringing out the inner firecracker in all of us. Oh, and don't forget the batteries.*

Realizing that the day is getting away from me, I gather my laundry for the week and head around the block to Suds R Us, my local laundromat. Once I have the washing machine on, I sit back in the plastic chairs lining the wall and pull out my phone. Time for my weekly phone call to Mom and the girls.

It rings twice before my sister Danika picks up. “City morgue. You kill ‘em, we chill ‘em.”

She never fails to amaze me. “Danika, that is terrible!” I say, still chuckling to myself.

“I wish I was, squirt. I’m too busy with work and the academy. Who would’ve thought you have to study to become a cop?”

“Well duh! Of course you do. How else will you know how to get fat and eat donuts all day?”

“Oh is that what I’ll be doing all day? Well shit, I’m glad you told me now,” I reply sarcastically.

I read Temporary Bliss as a pre-empt because I was reviewing True Bliss so I already knew I was in for for a treat. In True Bliss we get a little more of Mac and Daniels story but the stars of this book are Kate (Mac's bestie, roomy and side kick in life) and Zander (Mac's hot ex fuck buddy) so a bit of a moral dilemma already forming!

**“Maybe my man radar is broken beyond repair. Maybe I’m destined to live a life filled with self-induced orgasms and doting on my best friend’s baby.”**

Indie Author hailing from the most beautiful country in the world, New Zealand.

Avid reader, television watcher, and facebooker. Having been writing off and on for a long time but started writing fiction in 2012. I love music too, like REALLY love music, if there isn't music playing, something is wrong. And it’s a wide range of music too, I might surprise you. 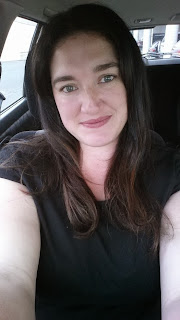 
OTHER WORKS OF BJ HARVEY