Life for Charlotte (Charlie) Harris couldn’t be any better at this moment in time. She has her dream job, she has the extremely wealthy knight in shining armour and she has the best friends a girl could ever ask for. On paper, the beautiful world unfolding at her feet almost appears too good to be true for a working class girl from Manchester right?

But what happens when you gloss over the statistics and realise that the happy bubble you have been living in for the past fifteen months has all been a twisted, torturous path of lies? What if you realised that the person you loved wasn’t who they claimed to be any longer?

With the once sacred and happy memories now turned into hatred and despair, Charlie must now follow her instincts to either forget her past and move on or force the hand that holds the cards to her life to reshuffle the deck before it leads onto the twisted future that lies in store.

What will she choose?

Can she forgive and forget for the only man her heart has ever loved?

The apartment’s intercom system buzzed noisily, jolting Charlie from her thoughts. Jumping up from her position at the breakfast bar, she hurried towards the intercom phone on the opposite side of the kitchen.
“Hi John, is he here?” she practically squealed, bouncing up and down on the balls of her feet.
“Yes, Miss Harris. His electronic fob has just been used on the underground garage. He should be with you shortly,” he replied.
“Thanks John,” Charlie said as she disconnected the call and placed the phone back on to the wall receiver.
Knowing Callum was mere minutes away, she moved swiftly through the apartment to wait by the private penthouse lift. Fidgeting nervously with her hands, she watched as the numbers on the panel steadily increased through the floors of the building. Growing more and more impatient, she eventually heard the heart stopping ding of the doors opening and Callum’s smooth and sensual voice as it echoed across the marbled foyer.
“Damn, Baby,” he growled, running an appreciative eye over her body as he entered the foyer. “You look absolutely gorgeous.”
With a little squeal of excitement, Charlie found herself rushing straight into Callum’s open and waiting arms. His firm and strong grasp held her body tightly against his as his mouth dipped low to claim her lips in a ferocious and practically starved kiss.
She felt his hands slowly drift down the length of her back to cup her bottom, before he squeezed tightly to encourage her to wrap her legs around his waist. She complied silently, raising one leg to his hip so that Callum could lift her effortlessly against him.
Sliding her hands to lock around the nape of his neck for support, Charlie gasped at the feel of his erection straining against the material of his trousers. 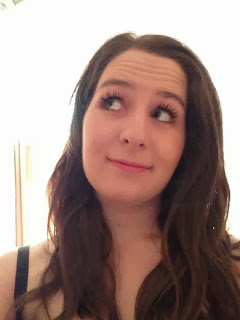 As a vivid reader from a very early age, Beth has always been keen to put her words onto paper. As a child she was always found with either a book in her hand, a pen and notepad or a computer games controller.

When she isn't reading or writing, Beth loves to spend time with her husband and friends


1.    My friends and work colleagues think that I am THE laziest person on the planet. Seriously... I don’t like to do anything.

8.            My now Husband and I had a long distance relationship for over a year before he finally moved in with me. (Five years together and still as strong as day one!)

9.            It was always a dream of mine to own a pair of Christian Louboutins. Now I have had them over a year and I am too scared to wear them. The red is too pretty!

20.          I get over emotional at practically everything. Books, films and television programmes can have me in tears with the slightest of things. I need to learn to suck it up... I know.

Charlie is a hard working, fashion addicted, personal shopper, who supplements her apprenticeship wage by waitressing in a classy Manchester bar, when she falls head over heels for the affluent businessman Callum Ellis.

Fast forward 13 months and Charlie and Callum are living together in sinful bliss!

** “Her heart began to flutter repeatedly as their eyes continued to stare at one another. It was always like this between them, this playful yet sizzling chemistry that Charlie hoped they would never lose.” **

The only blip on their landscape is the fact that Callum has to spends his week days in London, for work, a fact that Charlie could deal with if he wasn’t so absent on the weekends too, taking calls and attending meetings………

** “Just one weekend,” she sulked. “Why can’t they leave him alone for just one fucking weekend?” **

Her great friends take her mind off it though and Callum soon makes her forget, usually by being super seductive and hot as hell…………

** “The car will have to do until we can get home,” he muttered, as he pushed open the door to the restaurant. “We aren’t leaving the penthouse again this weekend. I’m feeling very greedy and I want you all to myself.” **

………Until Monday mornings come around again she finds herself becoming more and more dissatisfied with the arrangement, her resentment is building when Callum announces that he can’t even get back to Manchester on the weekend.
Against her better judgement her friends persuade her that it would be a great idea to surprise him in London. Armed with expensive sexy lingerie she heads to his apartment and is confronted with facts that turn her life upside down and rip her heart out…………

Not sure she can ever recover, she has different versions of the same story rattling around her head so she grabs and opportunity to move to Milan.

But she’s not over Callum.
And he’s not letting her go that easily.

Can he provide an explanation for his other life?
Can she move on without him or forgive?

I really enjoyed Broken Truth, Beth brings just the right mix of angst into the story, and Charlie’s friends are just as good friends should be, supportive but ready with some home truths when necessary! It’s a great debut and I’m looking forward to more from this author!