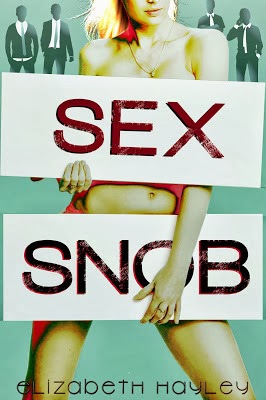 About the Authors:
Elizabeth Hayley is actually "Elizabeth" and "Hayley," two friends who love  reading  romance  novels  to  obsessive  levels.  This  mutual love prompted  them  to put  their  English degrees to good use by penning their own.  The product is  Pieces of  Perfect, their debut novel. They  learned a ton about one  another  through the  process, like how they clearly share a brain and  have a persistent  need to text each other constantly (much to their husbands' chagrin). They are currently writing the  sequel to  Pieces of  Perfect,  which is expected to be released in the March 2014.

"Elizabeth" lives with her husband, one and a half year old daughter, and nutjob of a dog. “Hayley” lives with her husband and their own crazy dog. They are hoping to adopt a newborn soon.
Elizabeth Hayley's writing motto is best captured by the words of Patrick Dennis: "I always start with a clean piece of paper and a dirty mind."
Visit our fan page at Fans of Elizabeth Hayley and friend us on Facebook on our Elizabeth Hayley author page to interact with us directly.  We’d love to hear from you!  You can also find us on Goodreads.com, visit our blog at authorelizabethhayley.blogspot.com, and follow us on Twitter.
Author Facebook: https://www.facebook.com/elizabeth.hayley.1
Fan Page: https://www.facebook.com/pages/Fans-of-Elizabeth-Hayley-Book-Page/591834350850106
Blog: http://authorelizabethhayley.blogspot.com/
Twitter: @piecesperfect

Playlist:
“All of Me” by John Legend
“Beautiful” by Mariah Carey feat. Miguel
“Bump and Grind” by R. Kelly
“Classy Girls” by The Lumineers
“Crush” by Jennifer Paige
“Everything Has Changed” by Taylor Swift feat. Ed Sheeran
“Get Lucky” by Daft Punk feat. Pharrell
“Hot Mess” by Cobra Starship
“I Love It” by Icona Pop (feat. Charli XCX)
“I Never Told You” by Colbie Callait
“It Ain’t Love” by Green River Ordinance
“It Will Rain” by Bruno Mars
“Kiss Me Slowly” by Parachute.
“Last Friday Night” (T.G.I.F.) by Katy Perry
“Not Over You” by Gavin DeGraw
“The Other Side” by Jason Derulo
“Sexy and I Know It” by LMFAO
“Skin” by Rhianna
“S&M” by Rihanna
“Somebody’s Heartbreak” by Hunter Hayes
“Titanium” by Madilyn Bailey
“Why Don't We Get Drunk and Screw” by Jimmy Buffet
“Without You” by David Guetta (feat. Usher)
“You and Tequila” by Kenny Chesney (feat. Grace Potter)

Chapter 1: CrossFit with Shane
I began to stretch as I watched the previous class finish up. From the look of the sweat-drenched participants, today was going to suck hardcore. As I watched the group strain to do their final round of burpees, my eyes fell on him.
Coach Shane. What a class A prick. “Come on, chests on the floor,” he yelled at the expiring exercisers.
This was what I hated most about this place. Shane Fucking Reed. He was a cocky son of a bitch who had made it his goal in life to irritate the hell out of me. In the three months I’d been a member here, he has never failed to make some flippant, antagonizing remark during my workouts with him.
My mind wandered as I thought about how lucky he was that he was so gorgeous because his personality was really shitty. He was at least six feet tall, maybe taller, with light blond hair and dazzling blue eyes. And he was fucking ripped. Adonis himself would be jealous of Shane’s body. He was lean, but every part of his body rippled with muscle. If he could only have been born a mute, he’d be absolutely perfect.
“You here to daydream or are you going to actually try to keep up with the workout today?” Shane’s words screeched through my fantasy like fingernails on a chalkboard.
“If you weren’t so goddamn boring, maybe I’d be more attentive,” I shot back.
“You talk a big game, Bishop. Too bad your body can’t back all that smack up,” Shane yelled over his shoulder as he headed for the gym’s only office.
I shook my head as the previous class hobbled out the door.
“How was it?” I asked Lily, my roommate. She’s a teacher, so she was always able to make the earlier classes during the summer.
“How does it look like it was?” she replied as she held out her hands and spun around. Her tank top was drenched in sweat. Since the gym was in an old warehouse, it didn’t have air conditioning, and the late August air was oppressive.
“Awesome,” I muttered. Not only had I barely dragged myself here, but I hated when Shane saw me struggle. He got some sick, twisted satisfaction from it I’m sure.
“I’ll see you at home,” Lily said as she walked toward the cubbies where we stored our keys and other personal items. She took two steps, and then turned back toward me. “By the way,” she motioned with her head toward the office, “he’s an even bigger dick than usual today.”
“Fantastic. He probably got shot down by a flock of sex-starved virgins last night or something,” I replied.
Lily laughed loudly as Shane emerged from the office and walked toward us.
“What’s funny? Amanda’s love handles?” Shane smirked as he stopped in front of me, blocking Lily from my view.
“Interesting. That brings up a question I’ve been pondering. Since you’re in such great shape, what does your boyfriend hold onto when he’s plowing into you from behind?” I asked deadpan.
Lily leaned to the side, her mouth hanging open. She seemed surprised that I would say something like this. Hmm, I thought she knew me better.
I gazed curiously at him, as if I expected an answer.
Shane grunted out a harsh laugh. “Funny. We’ll see how much you’re laughing in an hour.” Then he walked away as though I was no longer worthy of his company.
I turned to Lily. “Was it something I said?” I asked her as my lips began to twitch from trying to suppress a smile.
“Just remember, I warned ya. Good luck,” she said as she shook her head and walked to retrieve her keys.
“Okay, everybody, let’s warm up. Kate, take them through it,” Shane ordered.
Kate was also a coach, though she never actually ran any of the classes. She usually helped monitor us as we went through the workout to make sure we were completing the movements with the correct form and weren’t fudging our counts. She was tall, maybe 5’10 and beautiful. She had the body of a fitness model with her shiny brown hair, flawless skin and washboard stomach. I desperately wanted to hate her, but I couldn’t. Truth was, she was incredibly personable and had a great sense of humor. And she often got stuck working with Shane. Poor girl. Though the way she looked at him sometimes made me wonder if there was something going on between them. And I can’t lie. The thought made me a tad bit envious.
Despite his being a total asshole, I would still like to ride him like a fucking cowgirl. I mean, I can’t ignore the fact that he is totally panty-dropping sexy. I have a very healthy libido, which keeps my mind permanently in the gutter, and I’m not ashamed of it in the least. I’m ever on the prowl for prospective men who look like they could give me a good dicking.
And if it weren’t for the fact that I’d never be able to look at myself in the mirror again, Shane would be at the top of my list.

Oh My! I luuurrrvvved Pieces of Perfect so could NOT WAIT for this book! And it did not disappoint! For anyone new to Elizabeth Hayley they are actually two people ‘Elizabeth and ‘Hayley’ who write together and it’s a great combo, this book is hilarious, like, snort coffee out of your nose funny!

Our heroine is Amanda, she’s the roommate of the amazing’ Lily’ from Pieces (and by the way, I love that we touch on her during the book, and yes, I am aware I’m overusing the word love) and she has ‘rules’………. dating ‘rules’ to ensure that she doesn’t get hurt again………..
It also ensures that she never gives anyone a chance…………..

She is funny as!

"She was always texting me stupid pictures of herself relaxing and mocking me for having what she called a "real job." I told her if she sent me one more picture of her feet from a lounge chair at the pool, I would cut her friggin' toes off one by one. "

""Jamie" was grinding her ass shamelessly against "Shawn's" crotch, and I watched them move to the beat of the music as "Shawn" grabbed her hips. I've often wondered how guys didn't come in their pants when this happened. Of course, maybe they did. I had no way of knowing. "

Her Best Male Friend aka ‘fuckbuddy’ is Kyle, they are ‘hawt’ together but will never be anything more, especially when Kyle meets Kate and becomes a boyfriend .  Amanda doesn’t mind or get in the way but some interactions are funny.

"I stared daggers over at Kyle, my former best friend. He had better hope Kate put out, because it'd be a cold day in hell before I fucked him again. Traitor. "

Besides, things are hotting up between Amanda and Shane, their first ‘date’ rock climbing, not the best idea for a girl afraid of heights and a jealous, hippy climbing coach getting annoyed!

""Thank God you're done," Rain chimed in. "I've had a one-legged midget waitin' to get up that wall for the last ten minutes." "

So can Amanda get over her fears and allow Shane into her life? Can Shane (ripped, patient, personal trainer, great with kids, hard working……….*rolls eyes* seriously, why wouldn’t you????) allow and forgive her constant ‘running’??

"My rules had backfired. Instead of keeping me safe from guys like Nate, they had turned me into him. Now the only thing left to do was run like he had. So I did. "

With a supporting cast such as Master Bader (Amanda’s boss) her work mates, ‘Hot Rod’ and Amanda’s mum, you will not be disappointed…………

It’s a great book!
And I have to now mention the Eplilogue, without any spoilers………LADIES!! You meanies!!! Who is it? Who? Who? Who????? Needless to say I’m now eagerly awaiting the 2nd instalment of Lily’s story!!!