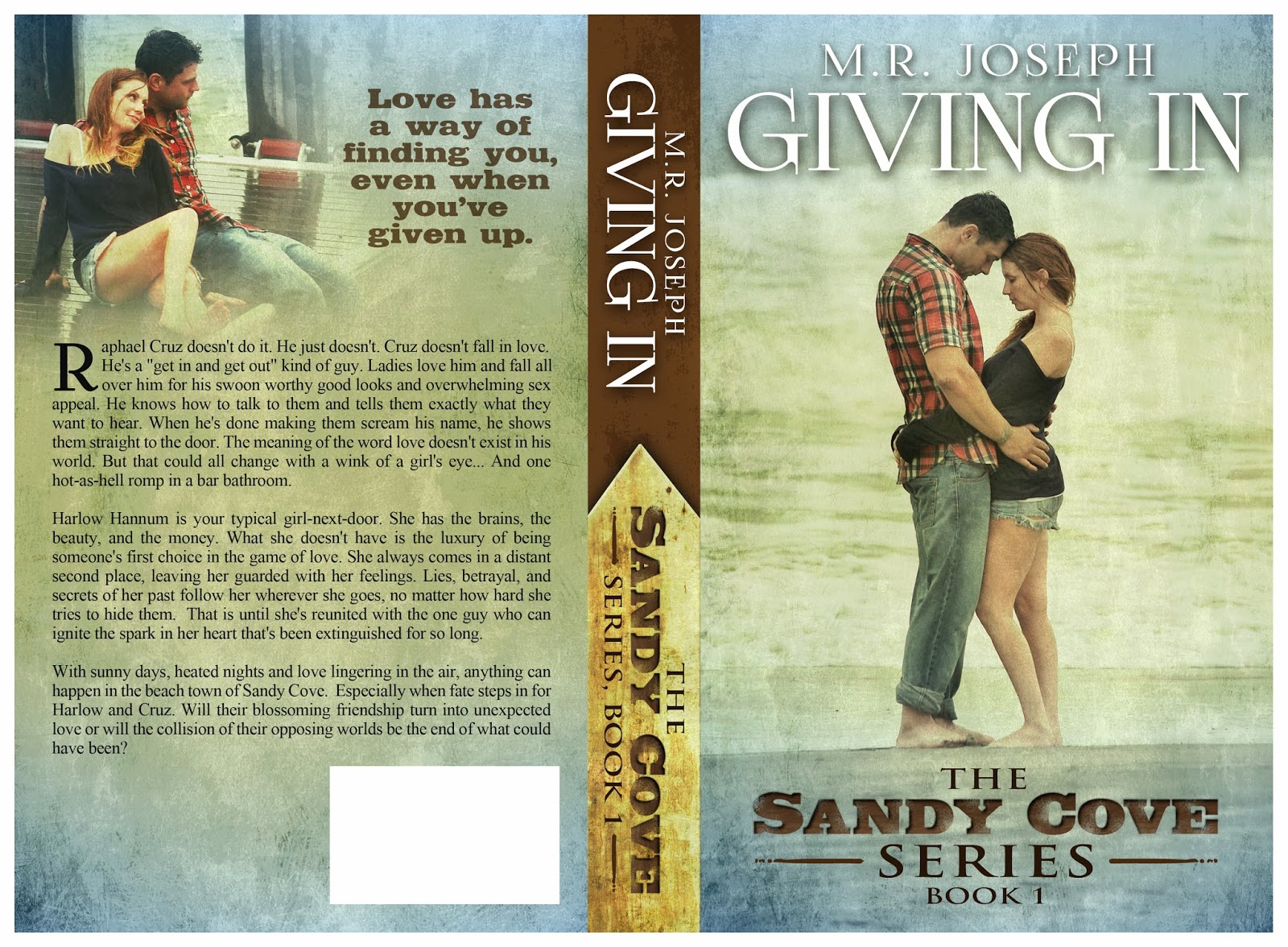 I'm a book nerd turned writer who loves the 'Happily Ever After' mixed with a bit of suspense, drama, and the occasional cliffhanger! My love of books has brought me on my writing journey. I began writing my first book in July 2012 and since that time I have created 2 series. The first series, 'The Reunion Series' debuted in November 2012 and two books followed. You Belong With Me & Letters To Luca. Even though a series, each book is a stand alone giving you different stories about reunions. My new series which will be a continuation series called 'The Sandy Cove Series' will release in March 2014. The first book is entitled 'Giving In'. I'm still an avid reader and huge Indie Author supporter! Here's where you can find my books:

GIVING IN
The Sandy Cove Series
Book 1 By M.R. Joseph

Beneath Your Beautiful~Laberyth feat. Emile Sande

Who you love~John Mayer/ Katy Perry

You Could Be Happy~ Snow Patrol

A Great Big World~ Say Something

Evanescence~ My Heart Is Broken 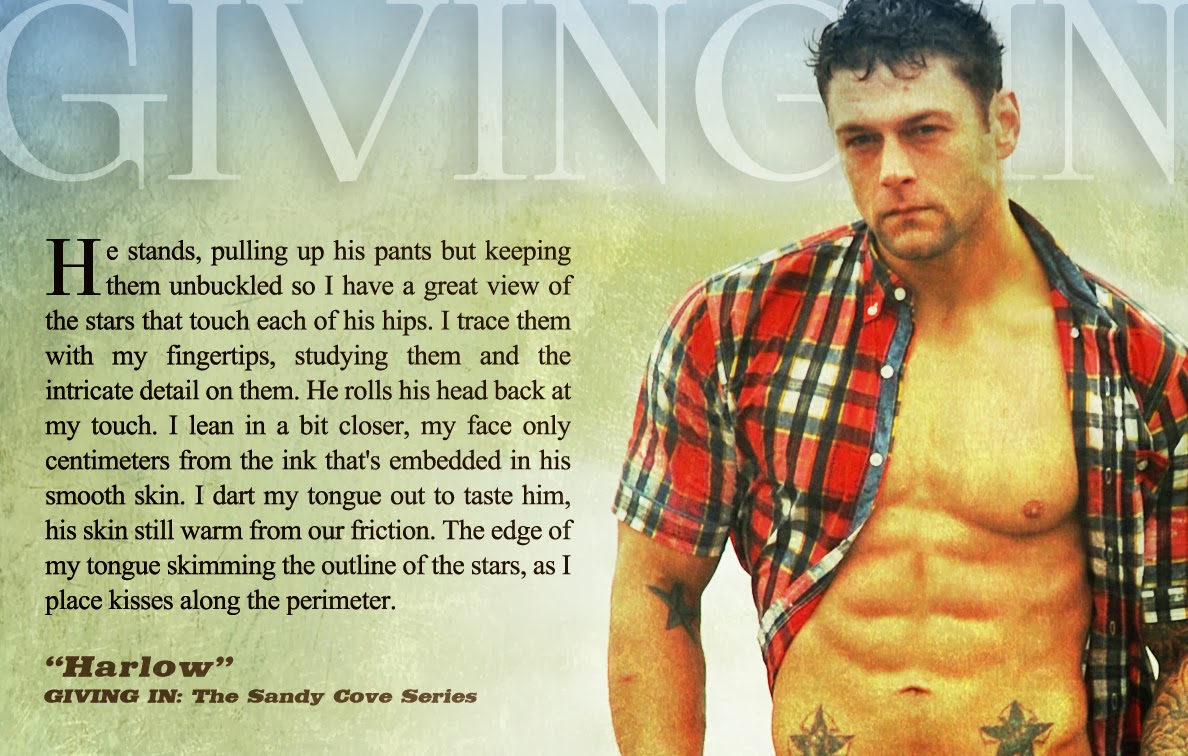 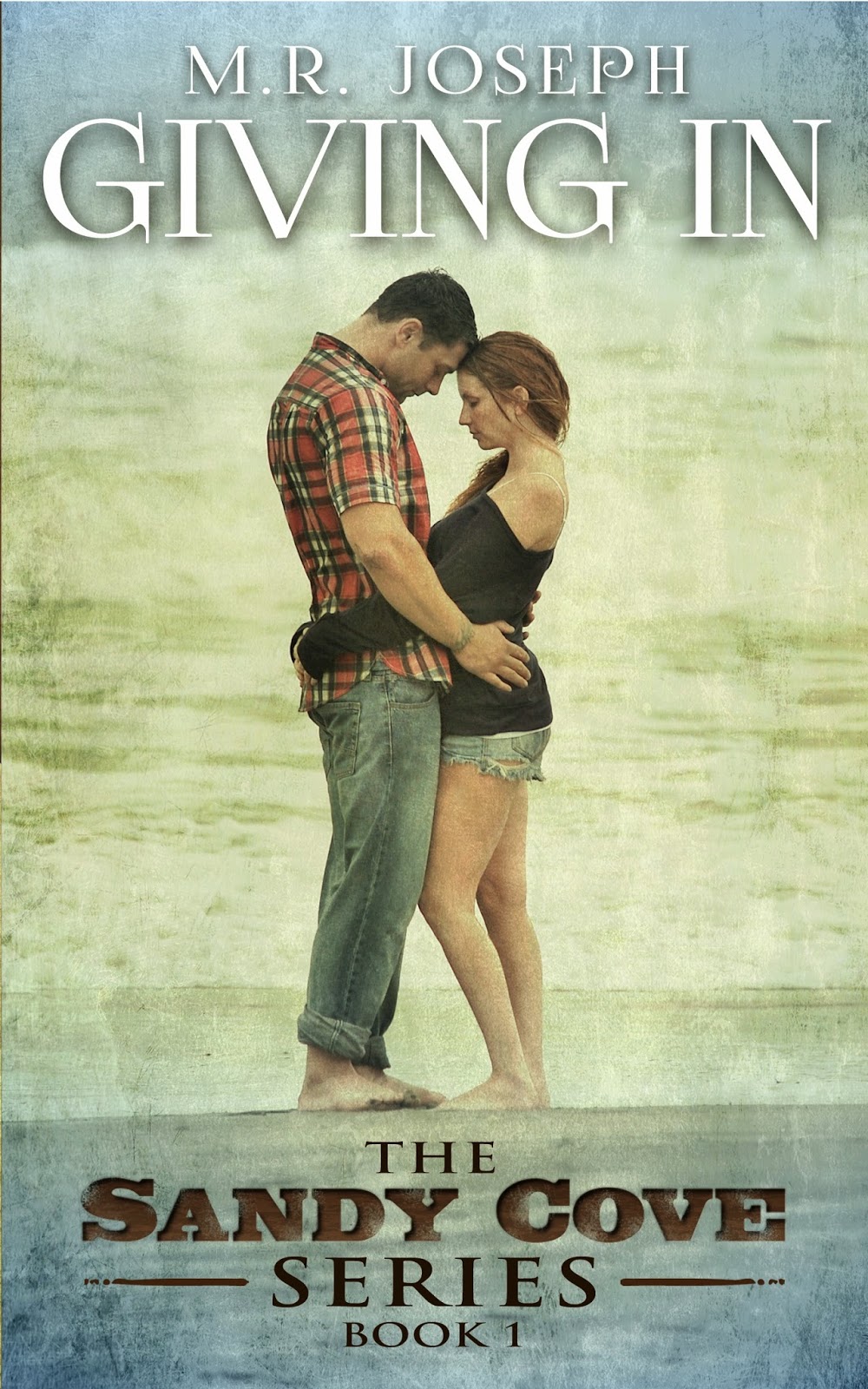 M.R. Joseph is one of my favourite authors and I have adored each and every one of her books, with Giving In she brought us Cruz & Harlow whose story certainly starts out with a bang!

“Sweet Jesus, you are huge”
“Exactly what every guy wants to hear, thank you very much”

And that is on page two, so you know now you are in for a hot ride.

What proceeds though isn’t just a lustfest, it is a story of tragedy, mistrust, discovery, mistakes, love.
And yet Ms Joseph still manages to give us the funnies too

Cruz loves Harlow so much that what he does he does because he thinks it’s for the best, but oh my god I really wanted to kick his stupid, if not rather delicious ass for that stunt.  Mad, was not in it, I was freakin furious with him.

Harlow took a chance on him, opened herself up to him, told him everything and learned to love again.  She fell in love with him.

There is a cliff hanger, a pretty big one that involved a fair amount of ugly crying at BNW HQ, and believe me I let the lovely Ms Joseph know just how much I wanted to hurt her right now, but decided to leave her intact so she can get book two to me pronto.

Another heartfelt story of life and love which deserves a full 5 stars from me.