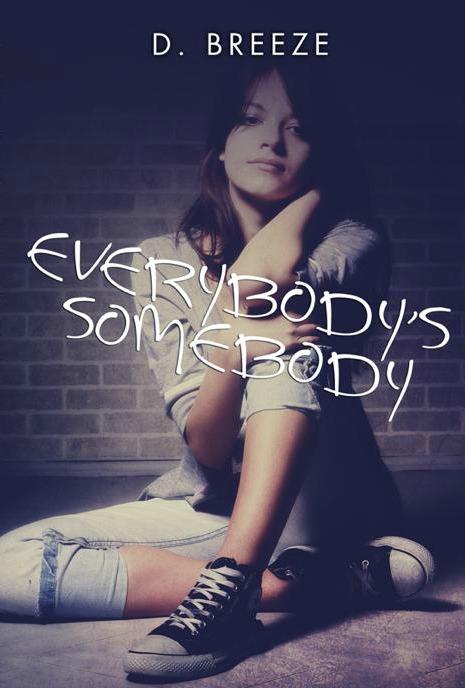 Rhianne Shepard is odd. Well, she thinks she is.

Actually, she's gifted, she's beautiful and she's extraordinary, but she's lonely. No friends, no family except her mother. Thinking she's destined to spend the rest of her life hidden in her solitary existence, she thinks that no one knows the REAL Rhianne even exists.


Jamie Travis does. Even though they've never spoken. Not once. He wants her to know that he cares, he knows she exists and he wants her to start living.


Circumstances throw them together, and Jamie thinks he finally has his chance to show Rhianne that she really is someone special. But he could never have guessed the battle he faces against the doubts in her mind, put there by a mentally ill mother, an estranged father and a gift that she might never understand.


Does he really have the ability to fight her inner demons, and win? Or is he fighting a losing battle?

“Sweetheart,
listen to me.” I already was... “You believe what you want to. If
you think that I’m everything you just said then, not that I
thought it was possible, but I love you more. I don’t agree though,
I’m not your hero and I don’t take care of you. You take care of
yourself just fine now, you just needed a push in the right
direction. I’m not dragging you along with me anymore, but I’ll
always be holding your hand, running along beside you. We’re equals
and I wouldn’t have it any other way. You’re everything to me,
you changed my life too, always for the better – no matter what
shit we’ve been through in the process. If it meant I could have
you turning to me, in our bed, every morning looking at me with your
beautiful blue eyes and whispering ‘good morning’ babe I swear, I
would go through it all again.” 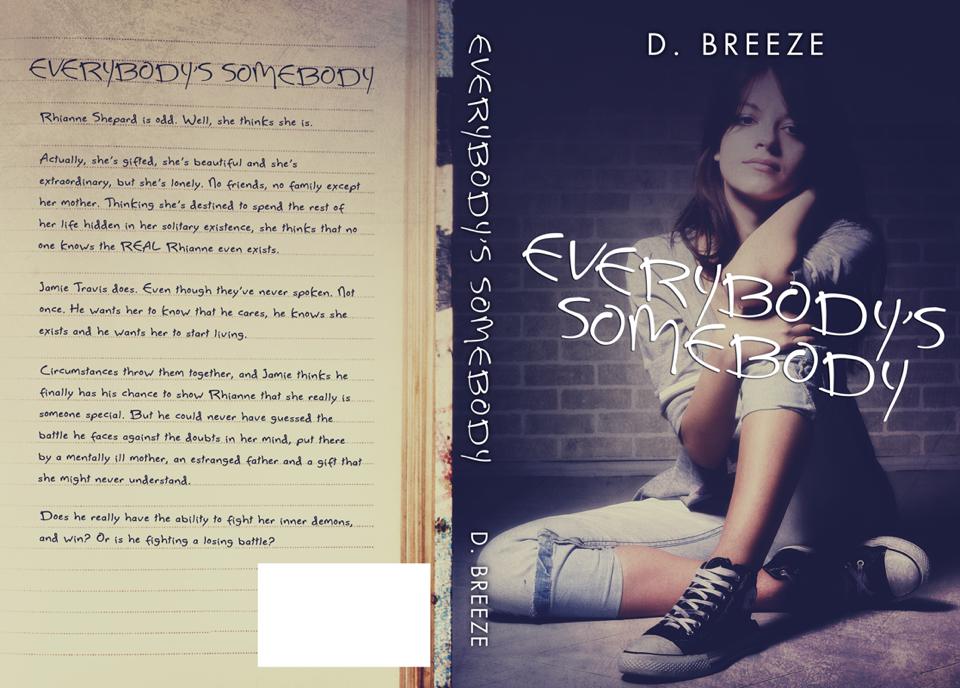 I really enjoyed Everybody’s Somebody.  I loved that it wasn’t your typical young adult romance.
Jamie was the popular boy all the girls wanted.  He was sexy and football jock. From the outside he had the perfect life.

“Real beauty is serenity, it understanding, it peace and its honesty. There really was not much real beauty in my world.”

Rhianne had a special talent for “seeing visions of the future”.  All the kids thought she was strange. She grew up with a mom that never left the house. Her mom hasn’t shown her any affection in nine years.  All of the kids relentless teased her and no one was her friend.
Jamie and Rhianne lived on the same street. They never talked to each other.  Rhianne would stay inside her house watching him and his brothers play outside.  She had a crush on him since she was 6. She felt she was too strange and no one wanted to be her friend.
All of that changed when they had to do a group project together.  She thought he would have her do all the work.  But he wanted to see her and work on the project together.  She was shocked he actually liked her.

They became close friends immediately and then things progressed to dating.  Her entire life she had been told she was a nobody.  She constantly felt like he was going to dump her.  She had no self esteem. It was a constant battle between them.  She felt like she wasn’t good enough for him.
They had so many obstacles in their way.  Could they make this relationship work or would they go their separate ways?  Both families didn’t want them together.  It was so much for such a young couple to get past.

“Don’t let your fears and doubts about the past, ruin something that could make your future incredible.”

There are so many twists and turns and unexpected surprises in this story.  I couldn’t put the book down.  I had to keep reading to find out what was going happen. The author kept me wanting more.
I loved the story.  So much happened to them as a couple and their families.
The epilogue made the book!!  Such a great ending, to an awesome story. 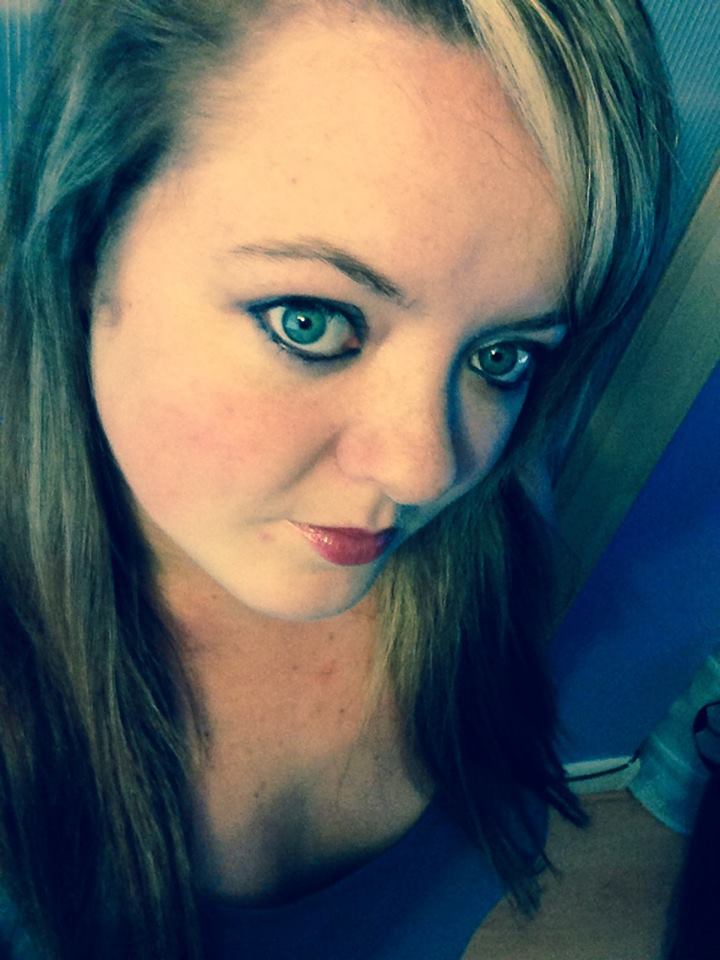 Names Danielle Breeze, I’m only twenty-three but some days I feel forty!! I'm a single mum to two beautiful young children (makes finding the time to write challenging to say the least!!). Born and raised in Coventry, England – don’t think I’d ever really have the guts to leave here!! I’m a romantic at heart, love a happy ending and I’ve been known to make up my own endings in my head to other books if I didn’t agree with theirs haha!!I listen to music CONSTANTLY!! Especially when I'm writing. I spend my days tidying up after my kids, making dinner, taking the kids to the park...nothing interesting!! But I like to spend time with my wonderful friends and family, going to concerts, on holidays, out for drinks :) all the usual things!!
I have always read books, magazines...the back of the shampoo bottle...ANYTHING I could, since I’ve been able to form words!! I wanted to write my own books even when I was just a little girl, scribbling little pieces down on scraps of paper, anything to get my ideas out!! I was as at university when I decided I was going to stop wanting to do it, and actually do it!! I have plenty of different works in the pipeline, so I hope you like my stuff . 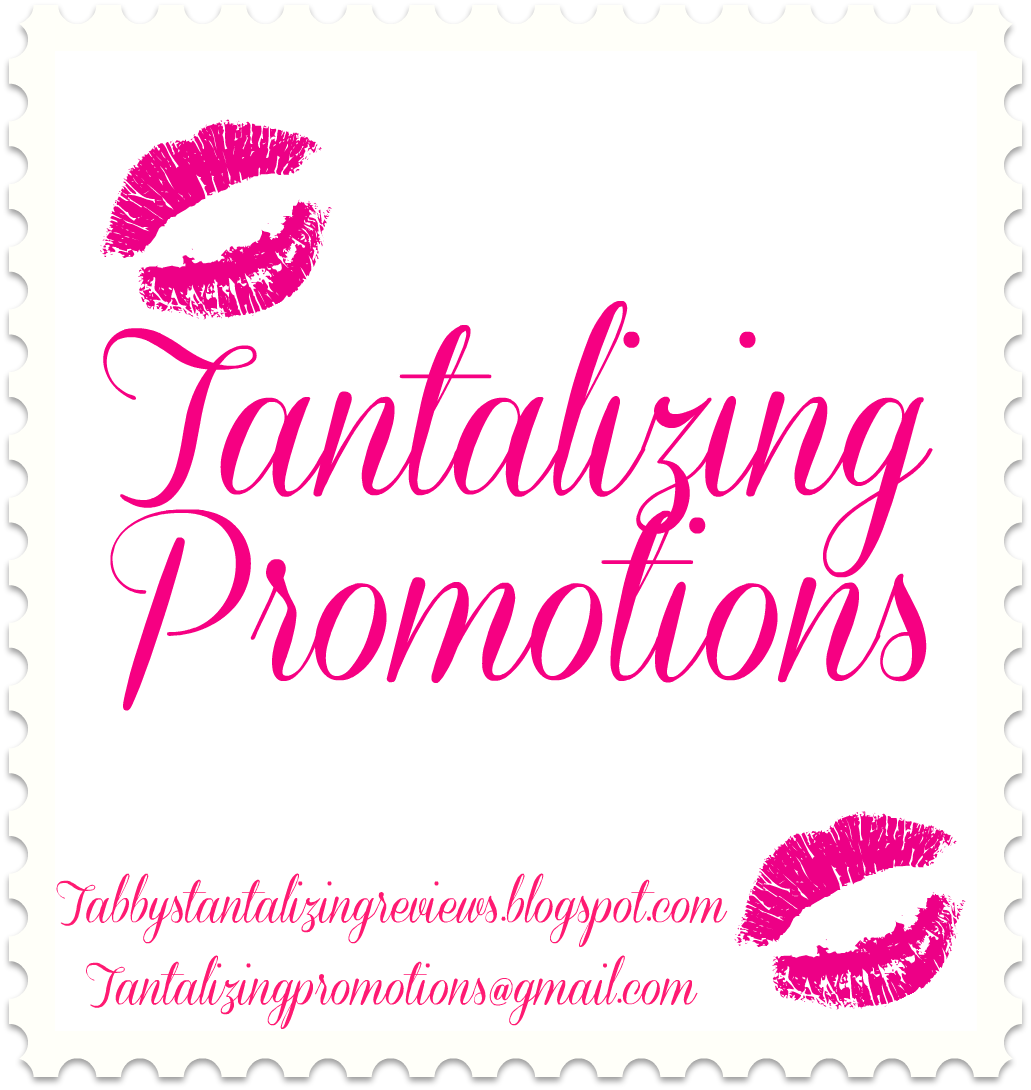