The event on Facebook is sure to be fun and very exciting.

I'm featuring her on my blog. In her own words, I'm going to let her tell you about herself and her books!

I'm a book nerd turned writer who loves the 'Happily Ever After' mixed with a bit of suspense, drama, and the occasional cliffhanger! My Kindle is glued to my hands most of the time, but I still love the look and feel of a paperback book. My love of books  brought me on my writing journey. I began writing my first book in July 2012 and since that time I have created 2 series. The first series 'The Reunion Series' debuted in November 2012 and two books followed, those being stand alone novels. My new series 'The Shore Series' released in March 2014. The first book is entitled 'Giving In' and four books will follow in that series. When i'm not writing, you'll never see me in front of the T.V. Curled up with a good book id where you'll find me. I am huge Indie Author fan and supporter.

Connecting with Joseph is simple! Here's how: 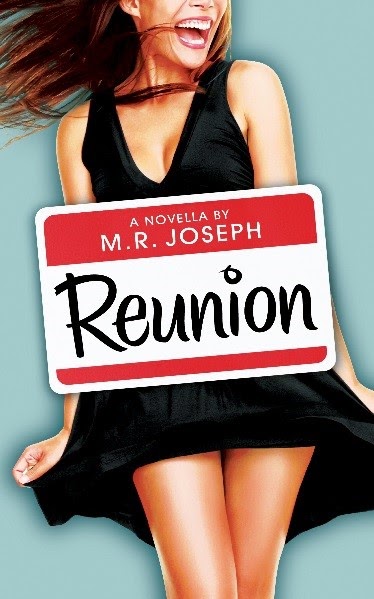 Savannah Garrett had always had a good head on her shoulders.  She was well-educated and had a fantastic teaching job at a prestigious school in Boston.  Her life was just where she wanted it to be until she returned to her home town in the suburbs of Philadelphia for her 10 year class reunion.

Seeing old friends and reminiscing about her high school days was expected. Seeing her first love after five years was not.  Can she handle seeing Sam Reynolds after all this time and could she get through the hurt and pain their past relationship had caused?
Can there be a second chance for Savannah and Sam or would a deep, dark secret destroy their chances of happiness?

You Belong With Me (Reunion Series Book 2) 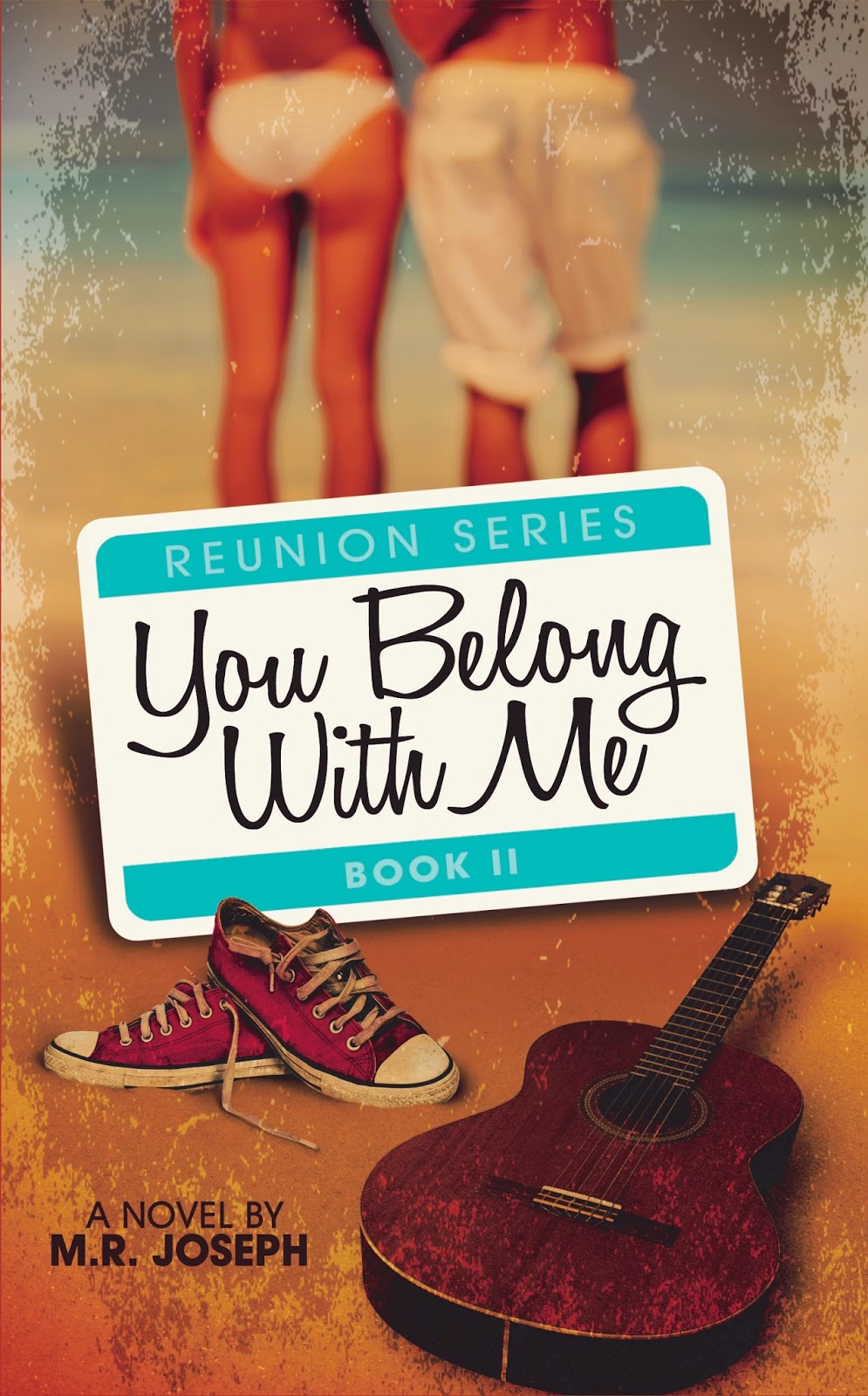 What happens when a man falls in love with his best friend? How does he convince her to love him in return if she has no idea that his feelings run so deep?
Carter London has everything a man should want, a blooming career as a sexy rock star, a loving family, women who adore his model-perfect looks, and great friends. What he doesn't have is the love of the girl who stole his heart nine years ago.
Casey Colbert is the converse-wearing epitome of the girl next door. She's smart, beautiful, and best friends with Carter London. She knows all there is to know about her sex-on-a-stick best friend, except the well-guarded secret of her holding the key to his heart.
Carter returns to his hometown of Indian Shores, Florida for his ten year college reunion, to profess his love to Casey. Unfortunately, he discovers her heart is already spoken for by none other than Jordan Reid, who is gorgeous, sweet and insanely rich.
Carter vows to use his time back home to win over the one woman who can set his world on edge with just a glimpse of her smile. Will Casey see the love that's right in front of her eyes? Or will the mistakes of his past and his obsession with loving her overwhelm the girl who already has it all? 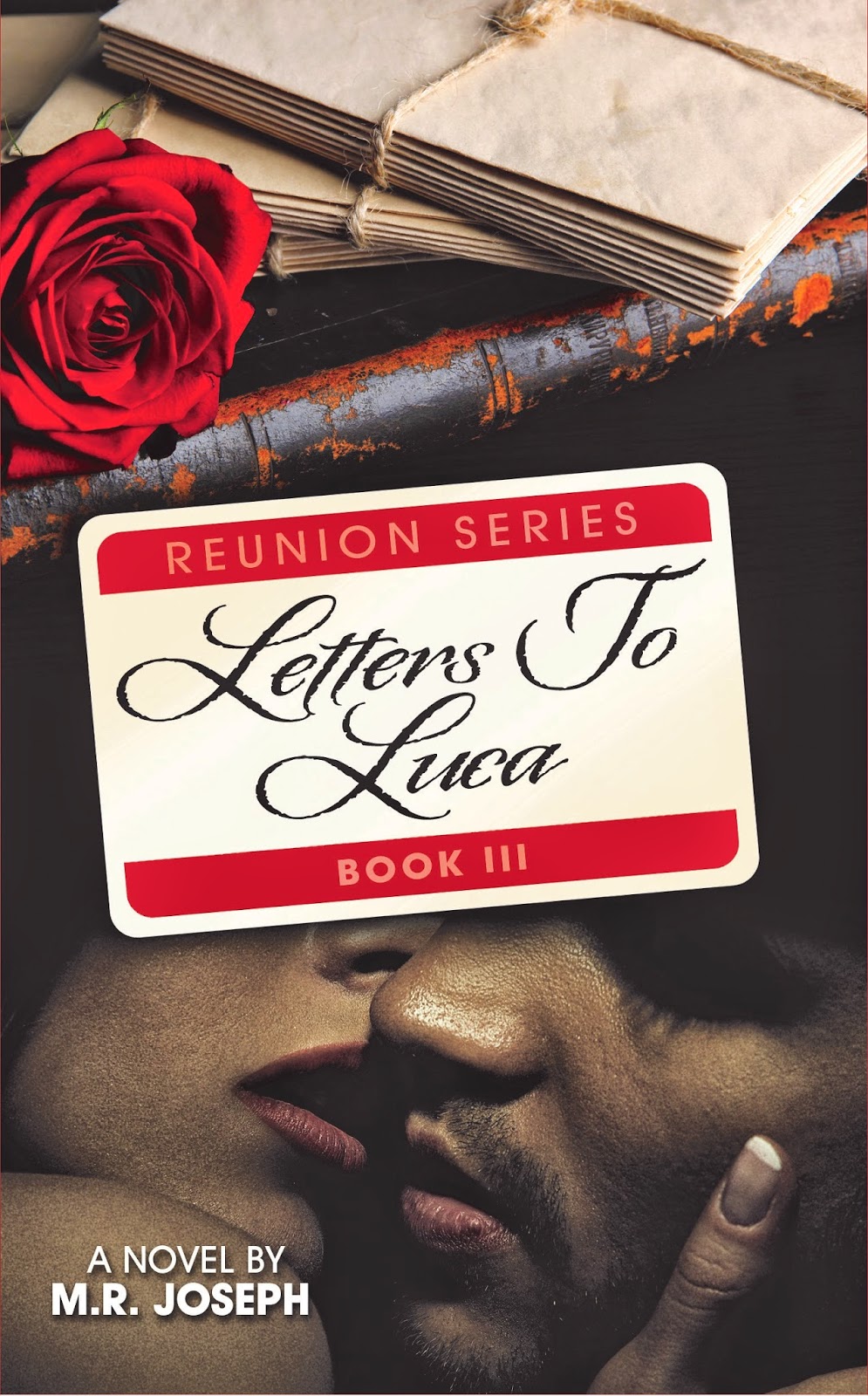 The course of true love never did run smooth~ Shakespeare

I only wrote the love letters to my high school crush for fear if he truly knew my identity, I would be rejected. I wasn't the most confident girl in my school, and he was well... he was Luca Ferro. How could he ever be interested in a shy, book worm like me? That's why I wrote them. To tell him all the feelings I had for him. When I stopped writing the letters, I never imagined that 10 years later they’d come back to change my life, forever.

Luca Ferro~
I always believed in soul mates, finding that one true love. And I found her, my letter girl, but never knew who she was. She was a mystery. Her letters, her words, meant more to me than anything. I searched for her, thought of her day and night, but never found her. I gave up on the idea of finding the missing piece to my puzzle—that is until she walked right into my life and I didn’t know what hit me.
A chance encounter brings Luca and Leighton together ten years later at their high school reunion. Will past secrets threaten to destroy their futures, or will love be written in the stars for them just as it was in Leighton’s letters?

Giving In (The Shore Series Book 1) Raphael Cruz doesn't do it. He just doesn't. Cruz doesn't fall in love. He's a "get in and get out" kind of guy. Ladies love him and fall all over him for his swoon worthy good looks and overwhelming sex appeal. He knows how to talk to them and tells them exactly what they want to hear. When he's done making them scream his name, he shows them straight to the door. The meaning of the word love doesn't exist in his world. But that could all change with a wink of a girl's eye... And one hot-as-hell romp in a bar bathroom.
Harlow Hannum is your typical girl-next-door. She has the brains, the beauty, and the money. What she doesn't have is the luxury of being someone's first choice in the game of love. She always comes in a distant second place, leaving her guarded with her feelings. Lies, betrayal, and secrets of her past follow her wherever she goes, no matter how hard she tries to hide them. That is until she's reunited with the one guy who can ignite the spark in her heart that's been extinguished for so long.
With sunny days, heated nights, and love lingering in the air in the beach town of Sandy Cove anything can happen. Especially when fate steps in for Harlow and Cruz. Will their blossoming friendship turn into unexpected love or will the collision of their opposing worlds be the end of what could have been?

Harlow Hannum showed me what love was all about. I savored it and held it close, not even knowing I really wanted it in my life. She made me feel loved. She made me accept love. She taught me how to love in return. My heart was open to it all.  My heart was hers. It belonged to her. But, she never knew. And then lies, deceit and betrayal forced me to lose the one thing that made me more than a man who just existed.

I need her to know.