Izzy Gallo has never been described as a member of the weaker sex. She’s a woman who doesn’t take shit from anyone. Growing up with four older overprotective brothers has hardened her, making her a force to be reckoned with.
Against the wishes of her two brothers, Joe and Mike, Izzy takes a weekend trip to Bike Week in Daytona, turning her world upside down. Over her head, in a world she doesn’t understand, there’s only one man who can save her.
James Caldo has dedicated his life to protect and serve as a member of the DEA. He’s cocky, overbearing, and doesn’t take no for an answer – the Gallo men have nothing on him.
When their paths cross, James makes Izzy question everything she believes about completely surrendering to the opposite sex.
Does James have what it takes to overpower the headstrong Izzy, capturing her heart forever?

In the next life I am coming back as Izzy Gallo. Sassy, sure, a total babe, with feminine wiles she is not afraid to use, and I want to be her.

‘Pussy was a great equaliser and always won, when you needed to get one over on a guy who thought he was “the man”’

‘If I hadn’t been plastered in an abundance of Jack & Coke, I wouldn’t have been seduced by him and ended up in his bed….against the wall….on the floor.’

James Caldo was my kind of sexy ass DEA, not gonna take no Izzy shit, kind of guy.

“You’re an asshole,” I hissed, turning my face to look at his profile.  “That’s one part of you I haven’t yet explored,” he whispered in my ear…

Everything she threw at him, he raised her, he was always one step ahead and I loved the fact there was no sulking, and no unrealistic drama for these two, just honest feelings of doubting what each other wanted.

When Izzy tried to charm him, he didn’t fall for her shit and when he tried to control her, she resisted, convinced he was trying to control all aspects of her, making her push him away even more.

This book is hot, but then Chelle wrote it so what the hell do you expect, Izzy and James were off the charts, unashamedly so, I admired their confidence, we could all have do with more of that in ourselves.

There isn’t a cliff hanger, however you are certainly left with the feeling there is plenty more to come for these two, as well as the promise of Thomas’s story, and I’ve got a funny feeling he is going to be my favourite, so I’m calling shotgun now. 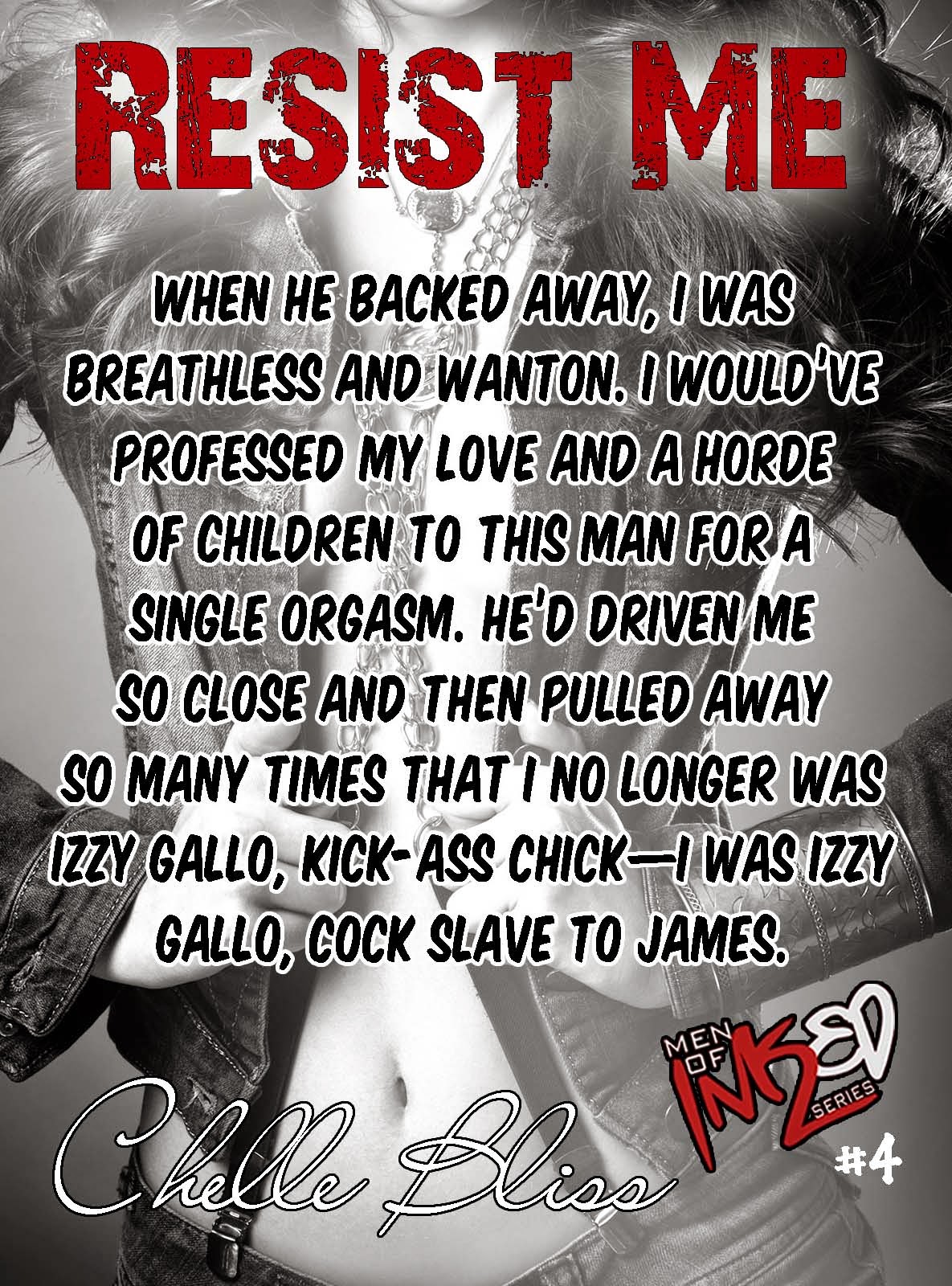 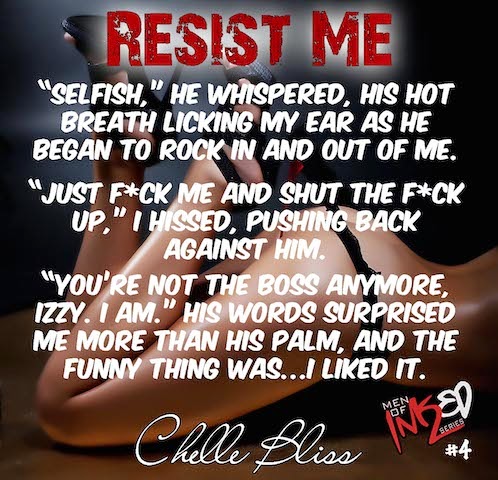