**Blog Tour** A Week in New York by Louise Bay 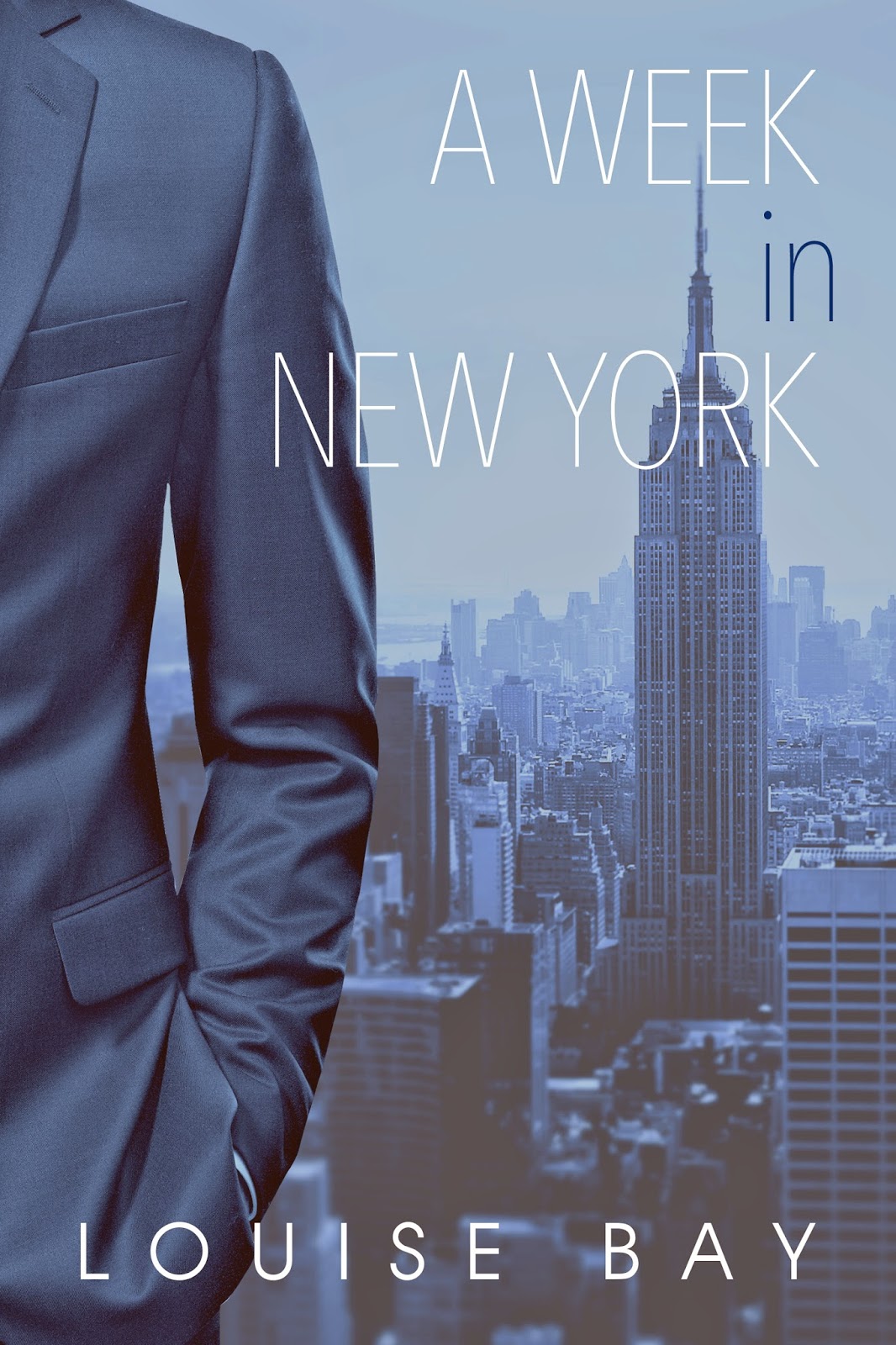 A Week in New York – Synopsis

Anna Kirby is sick of dating. She's tired of heartbreak. Despite being smart, sexy, and funny, she's a magnet for men who don't deserve her.
A week's vacation in New York is the ultimate distraction from her most recent break-up, as well as a great place to meet a stranger and have some summer fun. But to protect her still-bruised heart, fun comes with rules. There will be no sharing stories, no swapping numbers, and no real names. Just one night of uncomplicated fun.
Super-successful serial seducer Ethan Scott has some rules of his own. He doesn't date, he doesn't stay the night, and he doesn't make any promises.
It should be a match made in heaven. But rules are made to be broken.
A Week in New York is the first in a series of three novellas. 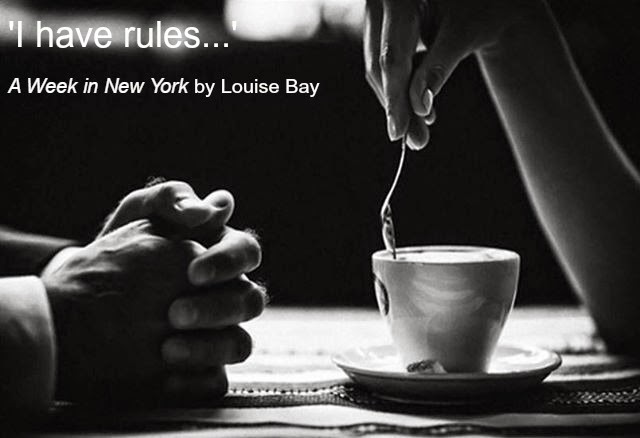 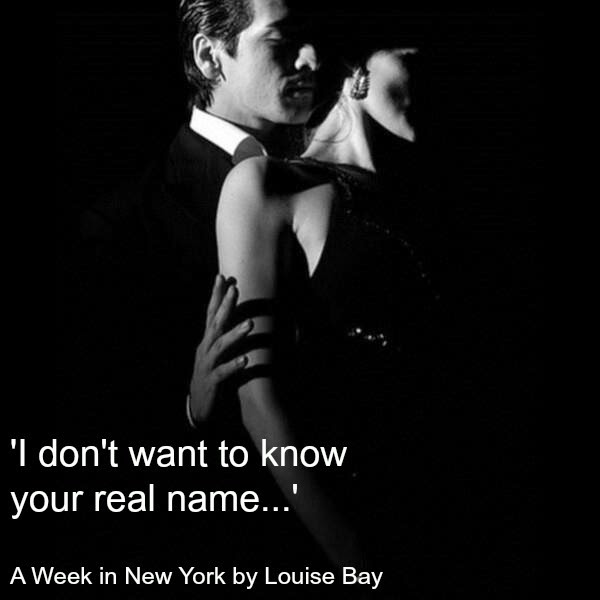 Coming soon on iTunes, Kobo, Nook and Barnes and Noble.

I absolutely loved A Week in New York.  I’ve become a total Louise Bay junkie.  Love everything I’ve read by her.
Anna lives in London.  Has had her heart broken too many times.  Her best friend is trying helping her pick up the pieces.
Ethan lives in New York City.  He is the total sexy bachelor.  Every girl wants him but he has no desire to be anything but a “one night stand”
Anna is in New York on vacation with her best friend trying to get over a bad breakup.  The last thing she is looking for is to meet anyone new.  Ethan doesn’t date.  He has zero interest in a relationship.  They both have their own set of rules to keep it “simple, no bullshit, no attachment”
The first night Anna is in town she meets Ethan.  They end up at a hotel he rented and she has all these rules for their night.  She doesn’t realize he has as many rules for their night.  It’s suppose only last one night but things change.

"Fuck," he said. "When you look at me like that, it does something to me. It flicks a switch in me."

They decide to have a fun week with “no strings, no bullshit just fun”.  They have the most SEXIEST sex!  Off the charts steamy HOT sex scenes.  They have the best time together hanging out and did I mention the sex?  Best sex either of them have had in the past.

"I like you. You're funny and sexy and amazing in bed. You're here for a week. Then you're gone. You've said you need a little fun in your life and I'm happy to oblige. Why don't we hang out for the week?  We can have some fun and then say good bye. No bullshit. No promises."

What will the future hold for them both?  Do they only have this one week or will things continue.  They both promised no strings and only one week..  But will things change for them?

"He didn't say anything. Part of me was relieved--but there was something, a voice right at the back of my head, that was urging him to ask me to stay, to tell me we could be together, we could make it work between us, that it wasn't just a fling for him, that he felt something more, something different."

The ending left me wanting soooooooo much more.  I can’t wait to read Autumn in London releasing on December 2, 2014.  I want to read it today!!

I write sexy, contemporary romance novels. My first novel Faithful was released in April 2014 and the second, Hopeful, was released July 15 2014.
Ruined by romantic mini-series of the eighties, I love all things romantic. There's not enough of it in real life so I'll settle for books and films.
I love the rain, the West Wing, London, days when you don't have to wear make-up, being alone, being with friends, elephants and champagne. 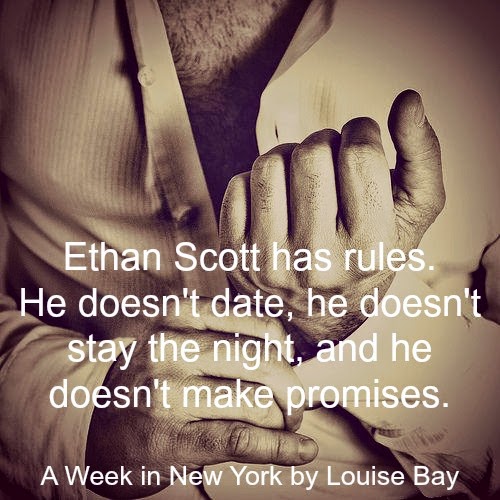 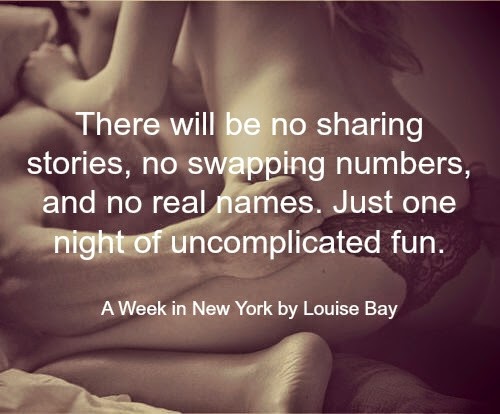