When Bristol Criswell travels to St. Lucia for an Enduring Life retreat, she hopes to discover encouragement and support from like souls. A vacation fling is the furthest thing from her mind, especially not with a cocky-mouthed, arrogant jerk like Davis McKay.

But when it becomes evident she can’t deny the magnetic attraction between the two, she gives in to her desires, and for the first time in her life, learns the difference between simply living and truly feeling alive.

As their time in paradise quickly comes to an end, will her heart be able to withstand another devastating loss when it’s time to say goodbye, or will their connection be strong enough to survive the real world?

Death brought them together, but love will give them a reason to live. 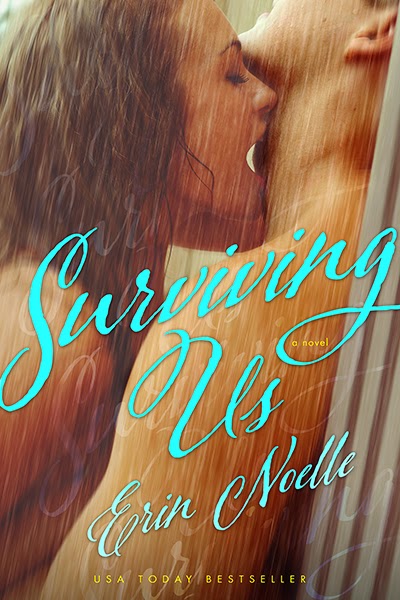 
A loud rapping on my door startles me and I rush across the room to see who’s there, thinking maybe Lena forgot to tell me something. Swinging open the door, I’m surprised to see D standing there with my two suitcases.
“You have my stuff,” he declares with obvious annoyance.
I crinkle my forehead with confusion. “Excuse me?”
“They mixed up the bags, put yours in my room,” he sets my two bags directly inside the doorway, “so I’m assuming mine are here. I kinda need them to take a shower.”
My face lights up at the mention of my newfound discovery, forgetting about his moodiness. “Did you see the shower?” I ask excitedly. “It’s the most heavenly thing ever.”
He rolls his eyes and shakes his head. “No, I haven’t. It’s a shower—a place to get clean.”
“I know you told me you usually act like one, but does D really stand for Dick?” I spout off, unable to understand how anyone could be in a bad mood in this tropical paradise. “’Cause it sure the hell would fit perfectly.”
Spinning around waiting for him to answer, I eye his bags in the corner and stomp over to retrieve them. When I whirl around to throw the smaller one at him, he’s resting against the doorframe with his arms crossed over his chest, his t-shirt stretched tightly over his muscular biceps, hat still low on his face, and a playful grin plastered on his face. Yet another mood change.
“You’re not going to make this easy, are you, Trouble?” he drawls huskily.
“Make what easy? And why am I trouble?” My voice rises along with my annoyance. “I haven’t done anything to you!”
Slowly, he stands up straight, twists his cap around backwards, and begins stalking over to me, causing me to back up slowly. Holy shit, he’s gorgeous. “You’re trouble, because you show up on my plane, all naïve and innocent, completely unaware of the effect your sexy-ass legs and beautiful brown eyes have on me and every other fucking guy around.” My back hits the wall as he closes in. I hold his bag up to my chest as a shield.
“Then, you announce you’re going to be here, at this damn retreat I didn’t want to come to in the first place, forcing me to be around you for twelve straight days,” he grabs the duffel from my hands and tosses it to the ground, his eyes never leaving mine, “knowing I don’t need to get anywhere near you, because if you’re half as messed up as I am in the head, the only thing we can cause each other,” he lowers his face to mine, so close I can almost taste his warm, minty breath, and whispers, “ is trouble.”
Right now, in this moment, I want him to kiss me more than I’ve ever wanted to be kissed in my life. Despite the fact he’s a temperamental ass and I know what he just said is true, my brain has forgotten about the underlying reason we’re both here, the reason we’re both permanently emotionally damaged, and all I can think about is how those sexy full lips will feel pressed against mine.
I close my eyes instinctively, either waiting for the contact or for him to walk away, but he does neither. He hovers in front of my face for seconds, minutes, hours—I have no idea how long—before he rests his forehead against mine and sighs.
“It’s been an overwhelming, whirlwind of day for you, Bristol,” he says softly, drawing my eyes open. “Think about what you want long and hard before you make any decisions, ‘cause once I take this pretty little mouth, I’m taking the rest of you too. But remember, no matter what happens while we’re here, when it’s time to leave, we return to two different cities and two separate lives.”
He pushes off the wall, turning on his heel and scooping his suitcases up on his way to the door. “My real name is Davis, and the ball’s now in your court, Trouble.” 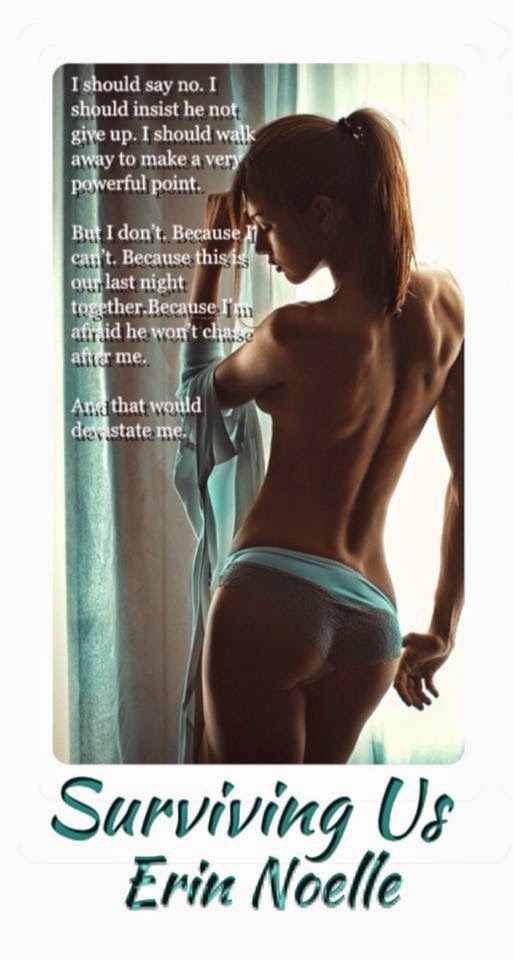 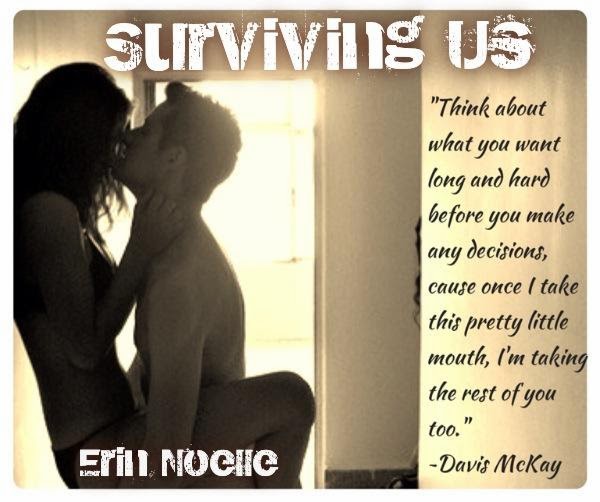 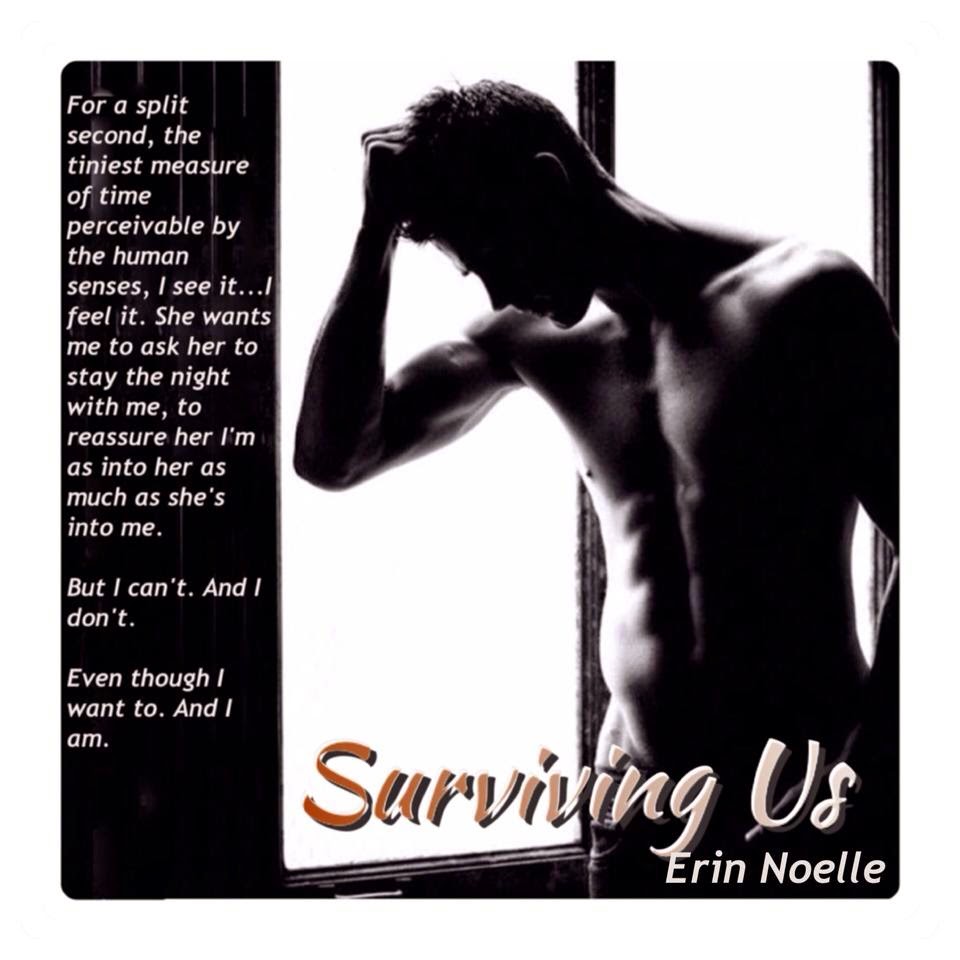 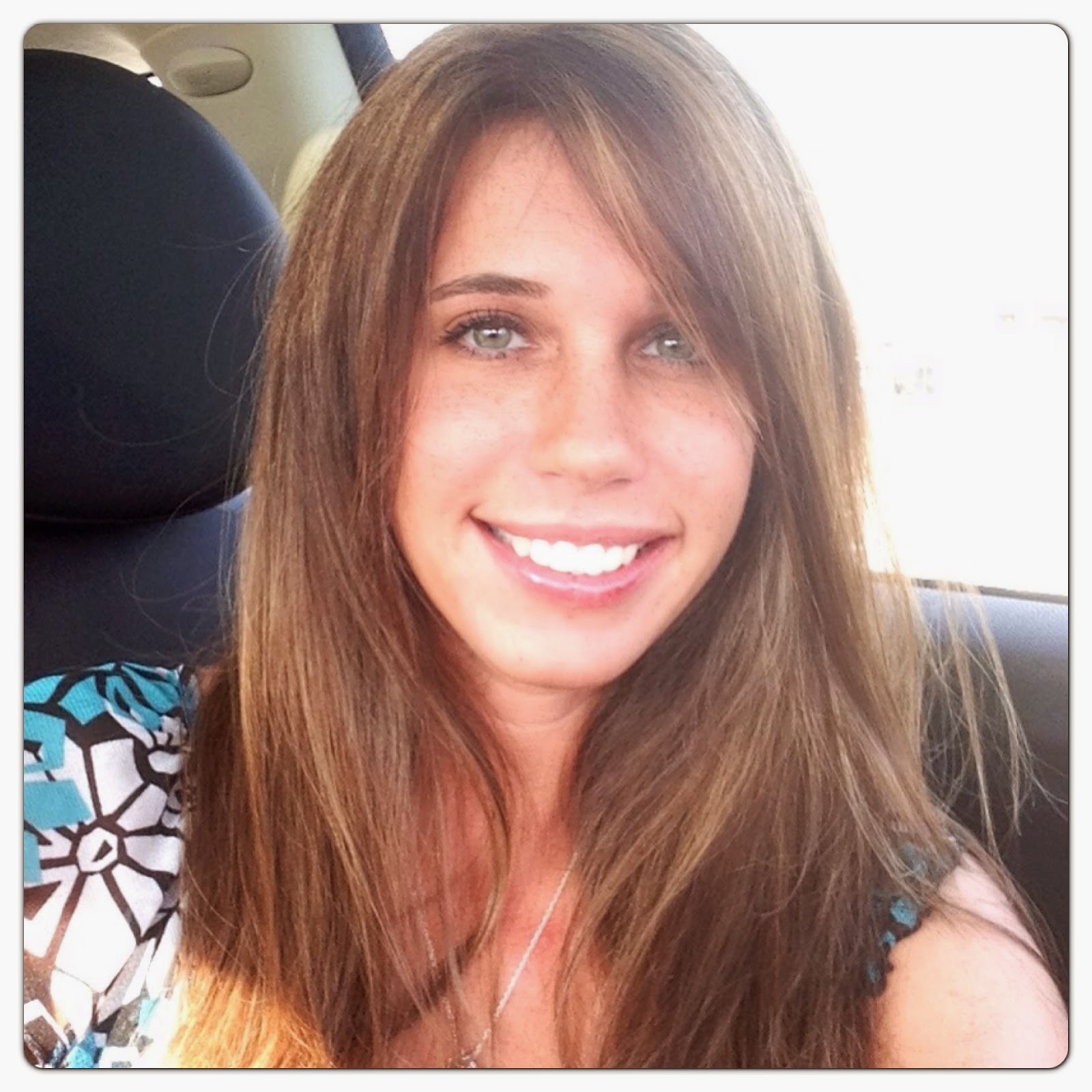 Erin Noelle is a Texas native, where she lives with her husband and two young daughters. While earning her degree in History at the University of Houston, she rediscovered her love for reading that was first instilled by her grandmother when she was a young child. A lover of happily-ever-afters, both historical and current, Erin is an avid reader of all romance novels. In 2013, she published the Book Boyfriend Series, which included books Metamorphosis, Ambrosia, Euphoria, and Timeless, and recently published When the Sun Goes Down, a contemporary romance novel. Her books have been a part of the USA Today Bestselling list and the Amazon and Barnes & Noble overall Top 100. 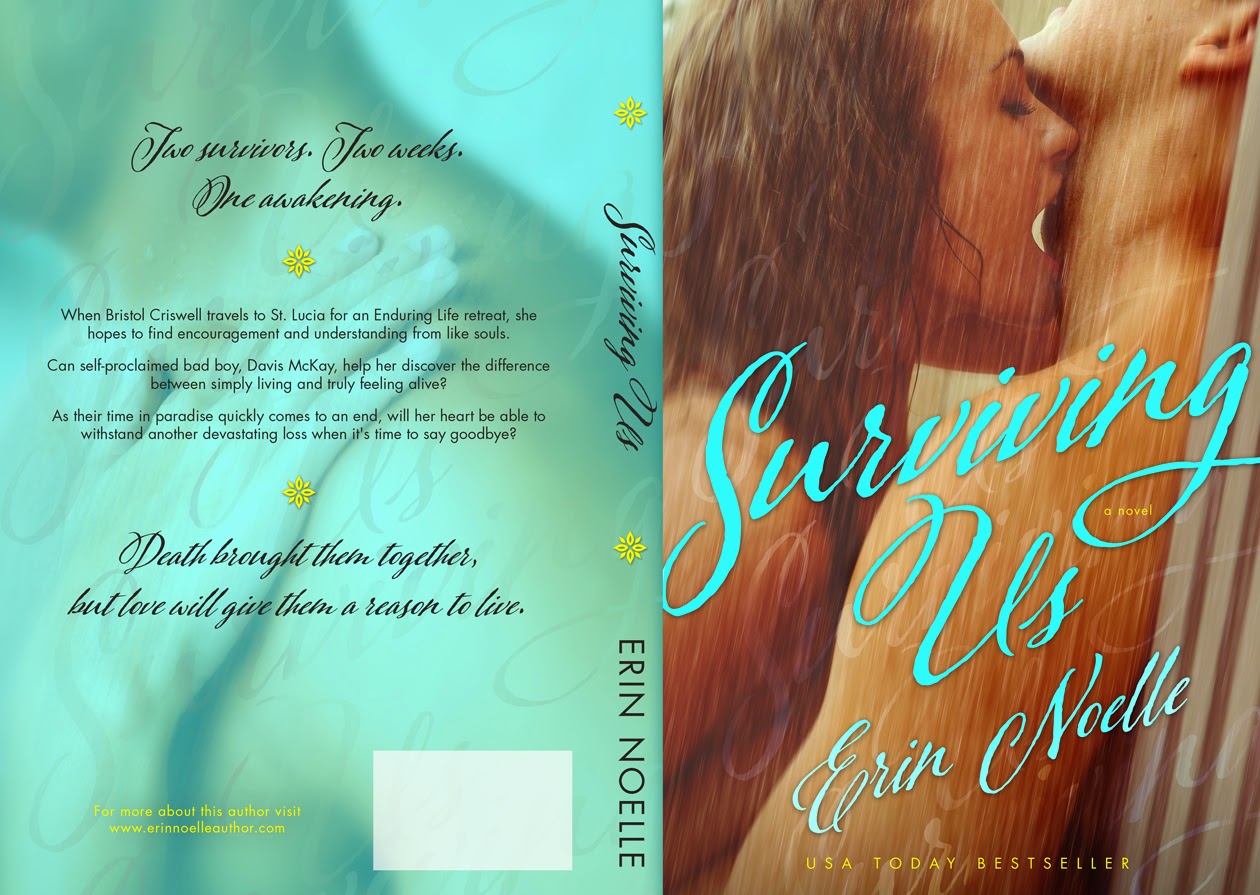