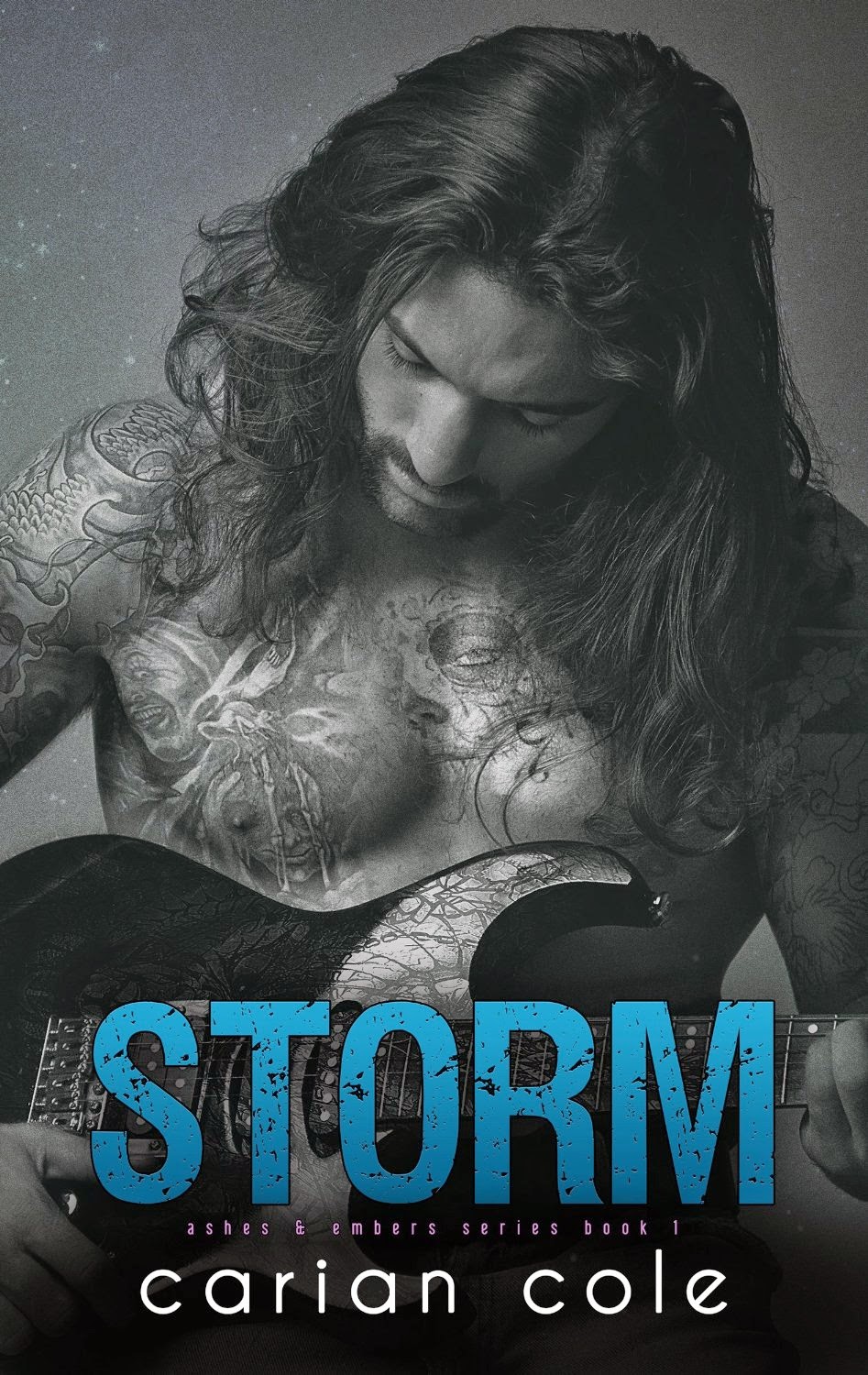 The calm before the storm…

I lived in the quiet stillness.
I felt the wind rustle, warning me, telling me to get out of its path.

I never stood a chance.

A series of weather and road mishaps leaves me trapped in the middle of a blizzard with a complete stranger.  In the back of a pickup truck. For forty-eight freakin’ hours.

A stranger with long hair, tattoos, and rippling with muscle.
A stranger with an insanely sexy voice and a wicked smile that turned my insides to jelly.
A stranger who held me in his arms, calmed me, and then set a fire in me that I couldn’t put out.

Storm lives up to his name. Beautiful. Dangerously inviting. Tumultuous. Dark. A clash of hot and cold.

He’s used to getting everything he wants.

And now he wants me.

Some people chase storms for the beautiful thrill. What happens when the storm chases you? 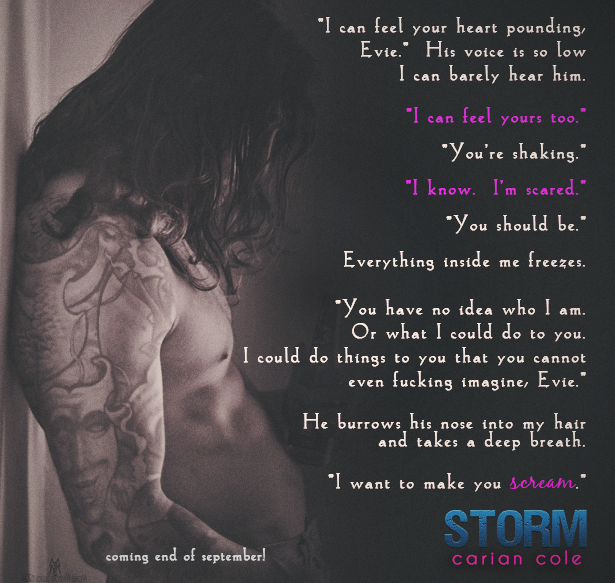 I have a passion for the bad boys, those covered in tattoos, sexy smirks, ripped jeans, fast cars, motorcycles and of course, the sweet girls that try to tame them and win their hearts. My debut series, Ashes & Embers, follows the lives of rock band members as they find, and sometimes lose, the loves of their lives.
My first novel in the Ashes & Embers series, Storm, was published in September of 2014.
Born and raised a Jersey girl, I now reside in beautiful New Hampshire with my husband and our multitude of furry pets and spend most of my time writing, reading, and vacuuming. 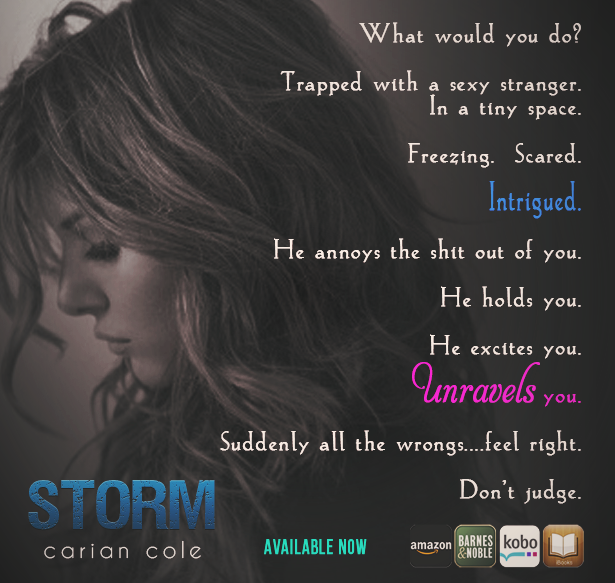 *Storm has a HEA and is book 1 of the Ashes & Embers series but all books can be read as a stand-alone.  No cliffhangers.  Vandal (book 2) coming in January 2015.

***Warning. This is an adult romance book and is not intended for anyone under the age of 18. It contains graphic sex scenes and explicit language.***

This is a story centered around Evelyn and Storm, thrown together through a succession of unfortunate events.  An unlikely pairing shown through Evie’s eyes.

“please don’t drop me” I say, hanging on to him but trying not to touch him at the same time.
“Are you kidding me? You weigh next to nothing.  Don’t you eat?”

“Yes, I eat.  You feel very big” I immediately want to take back my words once I realise what just came out of my mouth. Evie

Storm is alone by choice, keeping a selection of fuckbuddies on tap while he tours with his band Ashes & Embers. We only get a glimpse of his life with the band and I’m sure Carian has much more to give us here.

Evie has been with Michael since high school and to say the spark has gone out of the relationship would be an understatement, but she is also scared to give up the comfortable if somewhat boring existence that they have. Understandable? Maybe.

I have seen some reviews that have said Evie was annoying and unfair to Storm, but I think you need to dig deeper into her past to fully appreciate her need for stability and security, something she believes Michael can provide and in turn explaining her reluctance to believe there could be more to life.

Evie is a somewhat naive sheltered girl and maybe, just maybe Storm is the one to bring her out of her shell.

Storm is not the norm, not one to conform and he scares her a little, but feelings are developing and what he is offering her is sexy and exciting.  Can Evie take the leap of faith required?

“I love the way you touch me, Evie.  Everything you feel comes right through your fingers.  I felt it when you were touching my hand in the truck.  And I feel it now.” Storm

There were parts of the story that touched on the back story and I wanted more of this, however it also set us up nicely for further books in this series as each band member has their own tale to tell.

Laced with humour, this story has everything you could ask for.