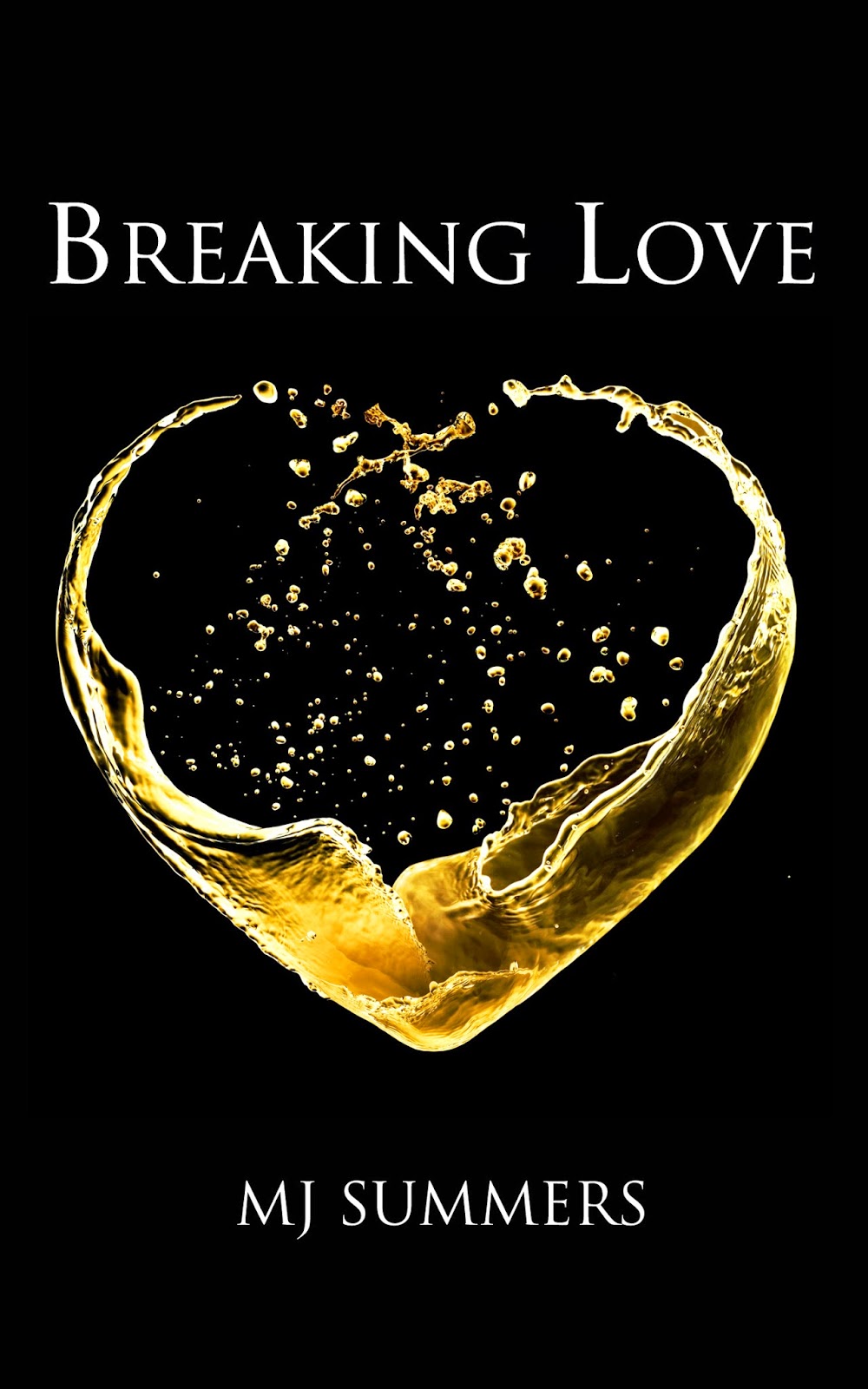 MJ is at it again! She's cooking up another steamy romance for your reading pleasure.

Luc Chevalier is a satisfied man – or so he thinks. His businesses are thriving, he has all the excitement, money and beautiful women any man could want. He dines at the best restaurants and stays at the most luxurious hotels as he makes his way around the globe. So why does he suddenly find himself so restless?

Megan Sullivan is a single mom with a rather ordinary life. She is comfortable with things just the way they are. She has a six-year-old son, Elliott, a cozy house in Boulder, Colorado, and a photography business to put food on the table. Her ex lives hours away in Florida, providing enough space for him to feed his drug addiction without exposing Elliott to his father's illness. Megan is on her own and she intends to keep it that way.

Megan is convinced by her best friend to take a trip to Paris for a few days. Little does she know she is about to be thrust into the arms of Luc Chevalier, the sexiest man to ever set foot on the Eiffel Tower. They agree to one night together and no more. In those few short hours he manages to draw out the passionate woman that Megan has carefully hidden way for years. Once she has a taste of what she's been missing, she finds it almost impossible to go back to her life as it was.

Will two people who don't believe in happily-ever-after manage to put aside their doubts and find their forever?
Join Luc as he discovers that everything he never wanted is the only thing he will ever need. 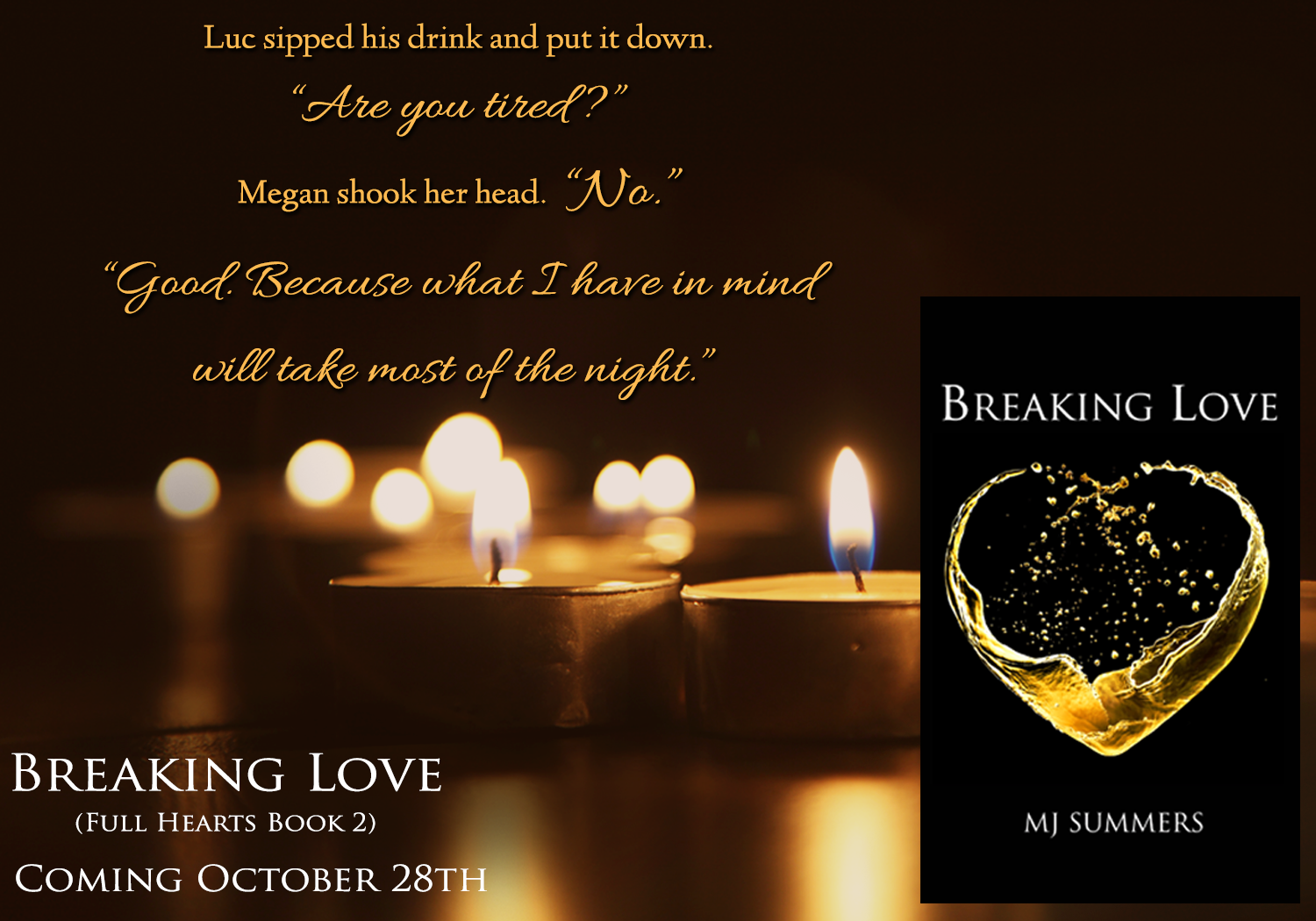 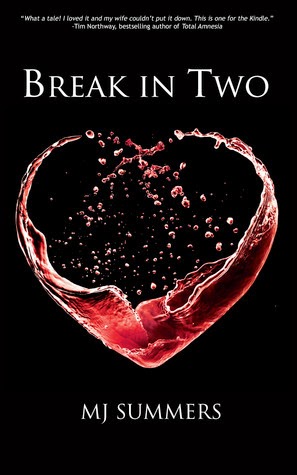 Thirty-one year old Claire Hatley is running from Seattle having just discovered that her live-in boyfriend has traded her in for a twenty-two year old hostess. Devastated and alone Claire must make a fresh start. She answers an ad for a chef at a guest ranch just outside Colorado Springs and finds herself face to face with Cole Mitchell, quite possibly the sexiest man to ever ride a horse. Common sense tells them to stay away from each other, but their attraction is not to be denied. He gives her a glimpse of what love should be, but just as she starts to trust him, the past comes back to tear them apart.
Join Claire and Cole as they embark on the stormy love affair of a lifetime.
(Oh...and for those of you with husbands/boyfriends, please tell them “you’re welcome” from MJ.) 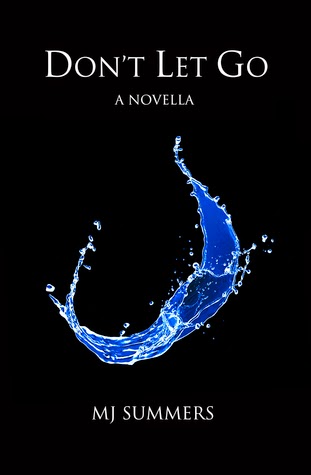 Readers fell in love with Ben and Alicia’s picture-perfect marriage in BREAK IN TWO, but, for these two, the road to a happy ending hasn’t always been smooth.
Alicia Williams has been in love with Ben Mitchell since he picked her up out of the mud in elementary school. But baseball-obsessed Ben has dreams to make it to the majors and see the world, and those dreams don’t include the girl next door, no matter how perfect she is. Ben is forced to choose and he leaves Alicia behind – but dreams can change and regrets can grow. When Ben returns back home to the ranch in Colorado Springs, trying to re-discover the man he was meant to be, will the girl he can't get off his mind still be waiting?
Join Ben and Alicia in DON'T LET GO as they fall in love and discover that sometimes life's greatest adventure is the one you find at home.

MJ Summers currently resides in Canada, not far from the Rocky Mountains, with her husband, three young children and their goofy dog. When she's not writing romance novels, she loves reading (obviously), snuggling up on the couch with her family for movie night (which would not be complete without lots of popcorn and milkshakes), hiking, Zumba and yoga (to make up for the milkshakes), swimming and camping (with lots of gooey s'mores and hard ciders). She also loves shutting down restaurants once a month with her girlfriends. Well, not literally shutting them down, like calling the health inspector or something. More like just staying until they turn the lights off.
MJ is a member of the Romance Writers of America, as well as the International Women's Writing Guild.

I found this book spreads across many elements that I look for in a novel.  The author gave us many humorous moments with two characters that can be sarcastic and banter with each other in a way that left me giggling many times.  We had a strong element of sexual desire and heated passion between Claire and Cole, which I might add I felt enhanced the story and wasn’t used as filler for the pages.  We also have the emotional turmoil that left me feeling a mixture of sadness, anger and happiness.  The length of the book might detour some readers from picking it up but in my honest opinion the length was due more to the detailed descriptions she gave for the scenes and the characters, painting a very visual image as you go through the story.

As you read in the synopsis when Claire first meets Cole she is starting over again.  A new location, new people and new job were what she hoped would take care of her broken heart and devastating memories of the man she thought she loved.  Cole had his skeletons in the closet but he felt that attraction to Claire just as she felt something for Cole.  With the many excuses they gave themselves they tried to fight off the urge to be together till exhaustion from the fight took over and they gave in.

From this moment on we find them developing into a passionate love story for the ages, both showing compassion and maturity, till the rug is pulled and everything they had built and dreamed of took a major turn.  Cole’s past come back with a shocking surprise and Claire is left torn between what she knows is right and how her broken heart feels.  The feelings of anger and disappointment run strong with both of them, but guilt for that anger played havoc with their hearts.

I will spare you from spoilers but trust me when I tell you that the author did a wonderful job of giving you the dream come true romance and then BAM she injects the drama and confusion that life often dishes out.  I found the characters very well developed and easy to relate to and invest in.  The writing style was very smooth and I was able to read it at a rather fast pace because she wrote in a style that made the story come alive in my mind.  If I had to point out one thing that I didn’t find enjoyable, it would have to be the amount of description she used for everything.  While some readers love that, I like to leave a few things to my own imagination and not be bogged down with so many details BUT it wasn’t enough to make me not love this book and story.

Breaking Love is a perfect description of what I call a fairytale romance.  While this is part of the Full Hearts series, it easily could be read alone and you won’t miss the magical love that is told in this story.  We met Luc in book on when he was so nice to Claire and showed us the true gentleman he is.  Now he gets his own story and romance and it was perfect.  I felt like I fell in love for the first time all over again.

Luc lived his life for his nightclubs and success.  Romance was not in the plans for him, especially when he could get any woman he wanted for a one night stand.  I felt like when he was watching Cole and Claire in the beginning of the book, that some of the façade he carried was cracking, preparing him for the moment he would meet Megan.
Single mother to a young son, Megan did what she had to do in order to support them and be as happy as she could be.  She accepted her role in life with no regrets, she lived for Elliott.  She had experienced enough in life to want to risk her heart again and she really had to be careful who she brought into Elliott’s life.

When the two meet, they didn’t rush to the conclusion they were meant to be.  Megan felt she deserved one night of fun, I mean she is a single mom but she is also a desirable woman as well and offered that to Luc.  Once that one night happened it was impossible for them to deny the passion any longer.  I won’t go farther into their story for fear I will spoil it for the reader but I do want to add a few of my thoughts about this authors writing.

Hands down, this book was by far my favorite in the series.  Her character development was great BUT who she developed as Luc was priceless.  So many times we have the idea of an egotistic French male and would never be willing to see past the image we have set.  She really gave us a gentleman, who was also human at times.  He was not only sexy, he was passionate.  He felt deep emotions and was able to express intimacy and compassion.  I fell in love with him.

With Megan she showed us a woman who was strong, determined and a good mom.  She put her child first BUT what I loved most was the author didn’t deny Megan the right to claim her needs as a woman.  Mothers often put their own needs in the background for the needs of their children.  The author did a great job at showing us how Megan balanced both roles, while battling the natural insecurities that women have when faced with the chance to be with someone like Luc.

What I stress most when telling people about this author and her work is she gives us maturity.  If you are like me there is only so much emotional drama that comes from an immature character base.  I have yet to want to scream by such actions in either book because the characters think things through, even when they might have made bad choices.

With this only being 69 pages and a very well described synopsis, I won’t risk spoiling the story for you by giving you more details in this review.  What I do want to say is once again the author did a fabulous job and showing us those moments we all had when we let the BIG dreams cloud us from seeing the REAL dream that is waiting to come true.
Ben, who is Cole’s brother and Alicia were introduced to us in book one and all appears to be great with them.  With this short novella we will see how they came together and that they didn’t stroll through life on a garden lined path.  It made their relationship mean more to me in book one after we saw the past and the truth of who they are and the choices they had made.  While book two is still my favorite in this series, the author has quickly ranked on my favorite authors list with her ability to tell three completely different stories using the same group of characters, maintaining a maturity in all and keeping her fiction as close to real life as possible.  I highly recommend this complete series and ask that you keep an eye on this author as I don’t think she is down wowing the public with her story telling ability.