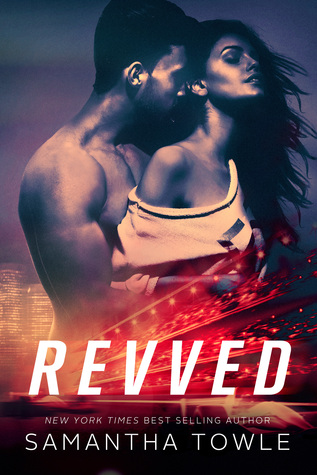 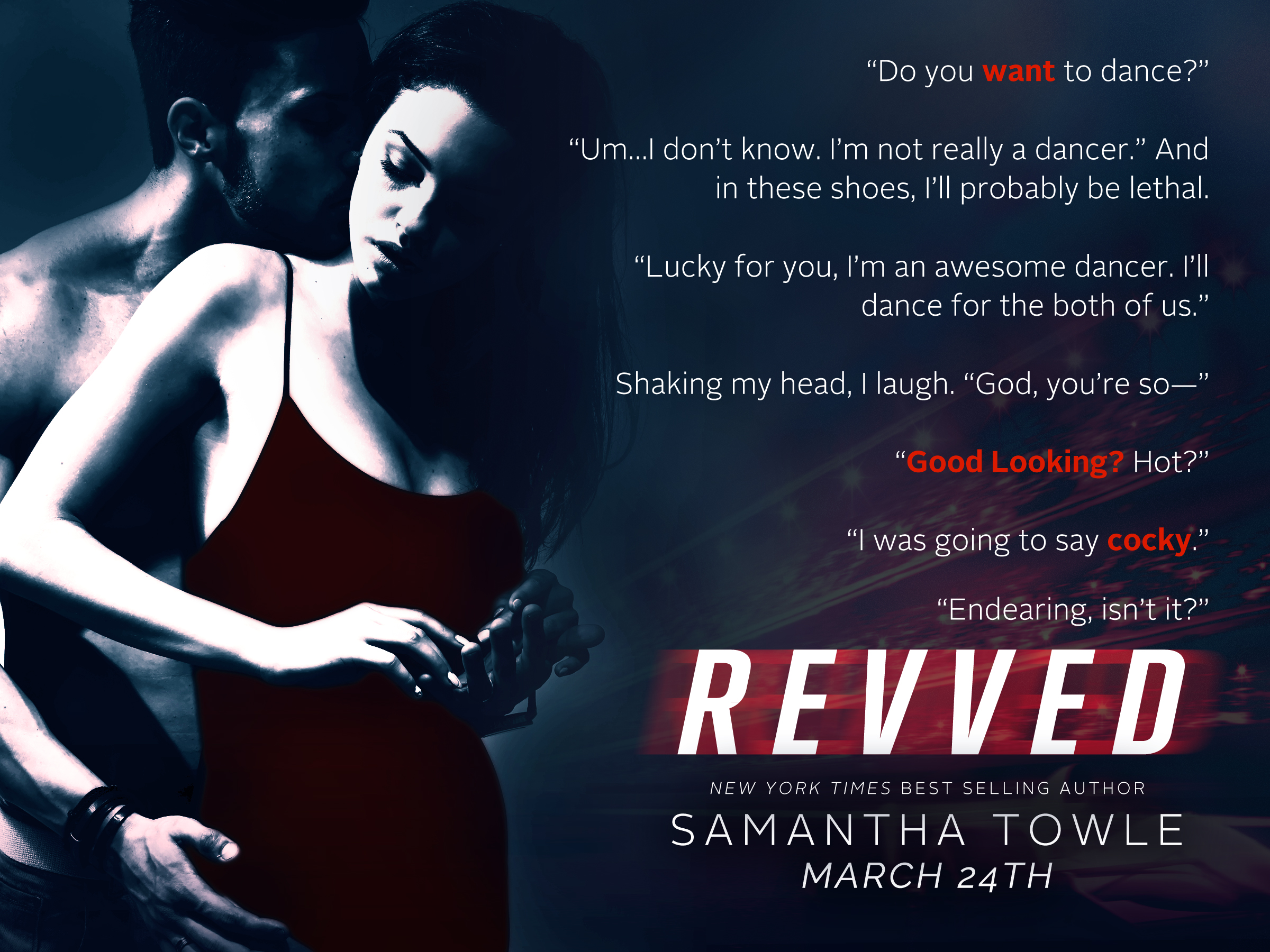 I run my fingertips over the blue-and-silver paintwork as I walk toward the back end. Bending over, I start poking around, taking a look at the engine.

“Please tell me that you’re my birthday present.”

The Irish drawl has the hairs on the back of my neck standing on end.

I turn my head to find Carrick Ryan standing behind me.

He’s definitely better looking in the flesh than on television. I knew he was attractive. But blonds aren’t usually my thing. I’m more of a dark-hair-and-dark-eyes kind of girl.

But his dirty-blond hair, blue eyes laced with sin, and full lips—the kind of lips you spend hours sucking on—and that chiseled jaw decorated with stubble…yep, it all seems to be working for me. Well, my body anyway. Definitely not my head. Man-sluts are not my thing.

My eyes meet with his as he lifts them from blatantly staring at my arse. The look in them hits me straight in the gut, surprising the hell out of me. His eyes are profoundly blue and filled with heat. My skin starts to prickle as his intense stare burns me up.

I’ve never had such an instant visual reaction to a man before.

Take it easy, Andi. This isn’t a problem. You’ve met good-looking men before. You can turn this off. Drivers are a no-go area, especially ones you work for.

My job is too important to lose over a man.

Straightening, I turn to face him.

“Hello,” I say in my most confident and formal voice.

I get nothing back, and that’s because he hasn’t heard me. He’s too busy staring at my breasts.

I have the sudden urge to punch him in his handsome face.

But I won’t because I’m a professional. I’ll handle this in the best way I know when it comes to dealing with pervy dickheads like him.

“It’s your birthday?” I say sweetly, my smile a little on the flirtatious side.

He grins. “It sure is, and it’s definitely looking up now that you’re here. Are you going to make it extra special for me, sugar?”

He thinks he’s about to get lucky.

Far from it. Smarmy twat.

I tilt my head to the side, keeping the flirty smile on my face, as I walk up to him until there’s very little space between us. I press my fingers to his chest. God, that’s firm. I can feel the ridge of his muscles underneath my fingertips.

He’s tall, too, a good few inches higher than my five-nine. I’d say he’s six-one, which is tall for a driver, but he’s lean. He needs to be to fit into those cars. I bet, under those clothes of his, there’s nothing but toned muscle. Drivers have to be seriously fit, and Carrick Ryan certainly ticks that box on both counts.

I force my focus back to the now. “Well…” I lean in closer to him, hearing him suck in a sharp breath. I lower my voice as I whisper, “If you ever call me sugar again, you won’t see your next birthday. That’s for sure.”

He tilts his head back in amusement. “Feisty. I like it.”

I take a step back, dropping my hand from his chest. “There’s nothing here for you to like.”

His eyes run the length of me, lingering on my legs, the lusty look firing in them again. “I see plenty to like. Jesus…your legs go on forever.”

I wish I had something to hide my legs behind. Instead, I fold my arms to bring his focus up. “I’m not your type.”

Lifting his eyes back to mine, he gives me a confident smile. “Amazing arse. Great stems. Awesome rack. Beautiful face. Yep”—he nods—“you’re definitely my type.” 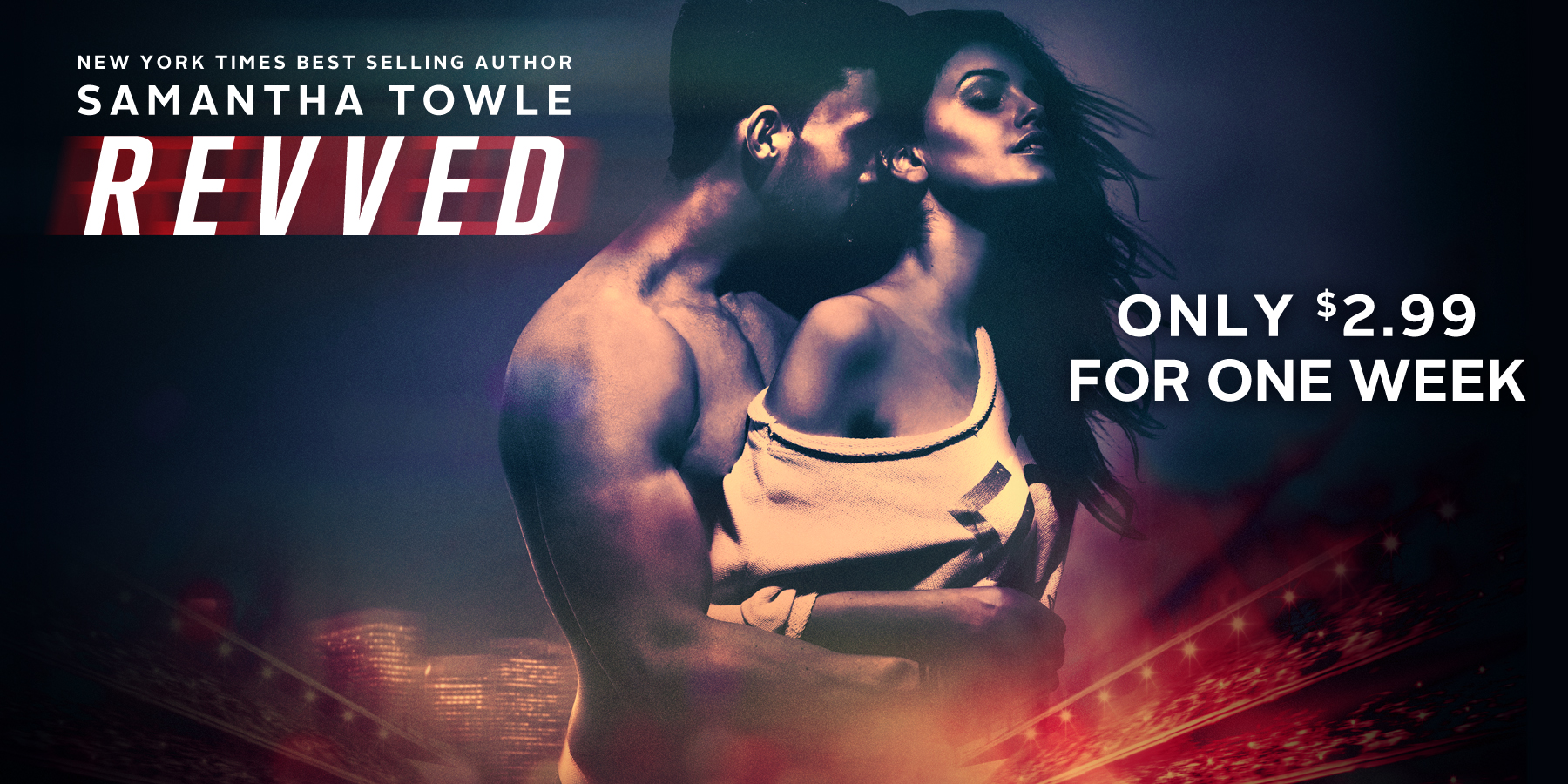