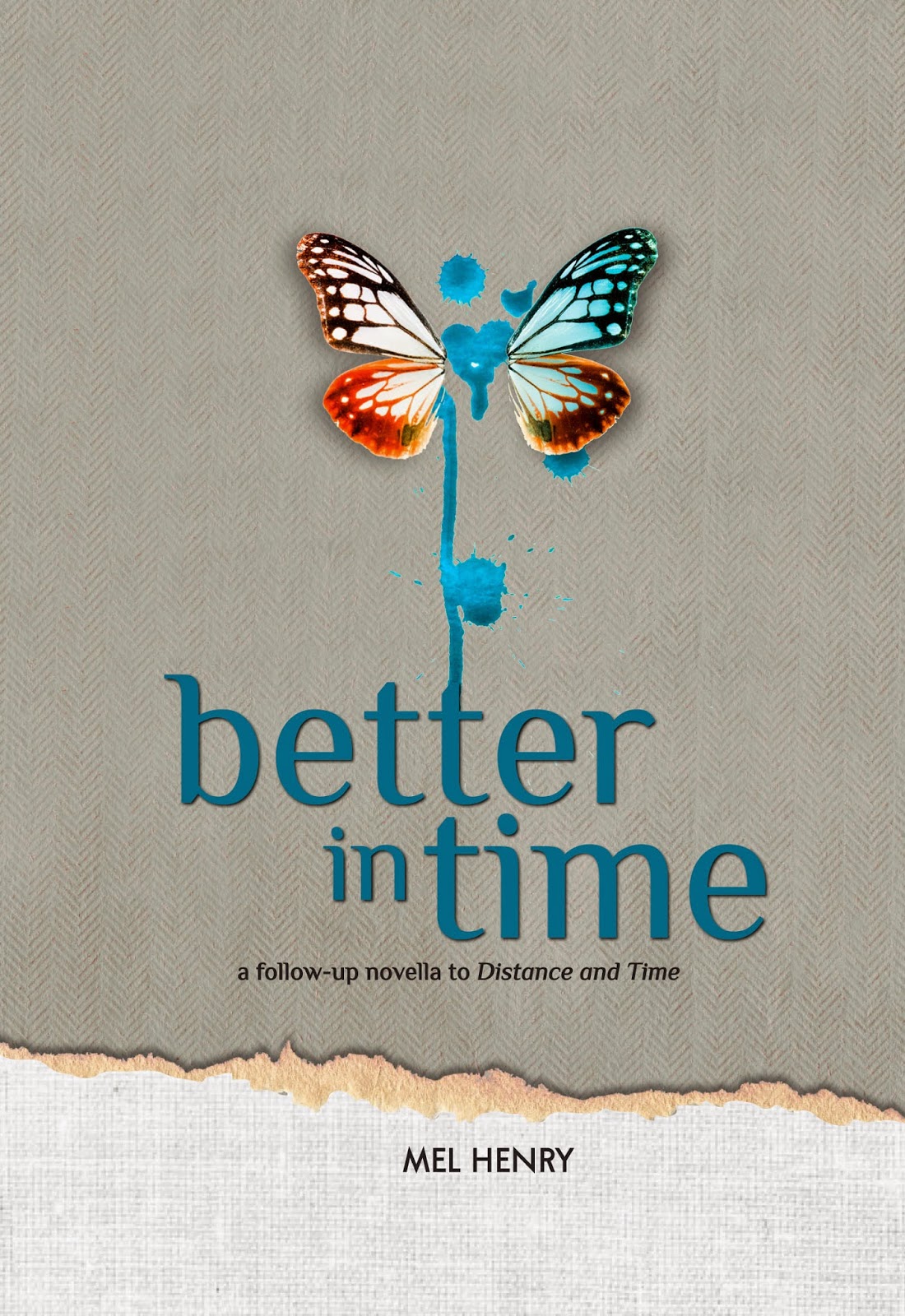 Still reeling from a break-up with his first love, Carly, Josh McCarthy is replanting his roots in Los Angeles in an attempt to start over. Once part of South Station Boyz (a teen super-group in the ‘90s), and a lengthy stint with a Broadway theater company, success is something that has always come easily to Josh—at least where his career is concerned. Love, on the other hand, has been a struggle.
With a new role on a hit TV show and a change of scenery, Josh is hoping to get  back on track in every aspect of his life, with or without Carly. Meeting model-turned-agent, Abby Levy, should be the answer to his “without Carly” equation. So why do his thoughts keep driving back to her? Every day, to his own detriment, he finds new ways to compare his new love to his old one. He just wants to move on and not feel her absence anymore.
Now faced with another major life decision, Josh decides to take a trip back to the Big Apple—back to Carly—to either reclaim his lost love or to finally gain the closure he needs to move on. What will he decide, and can everything really get Better in Time? 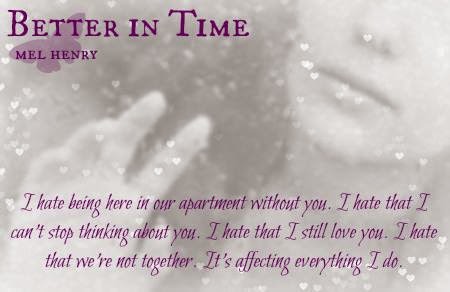 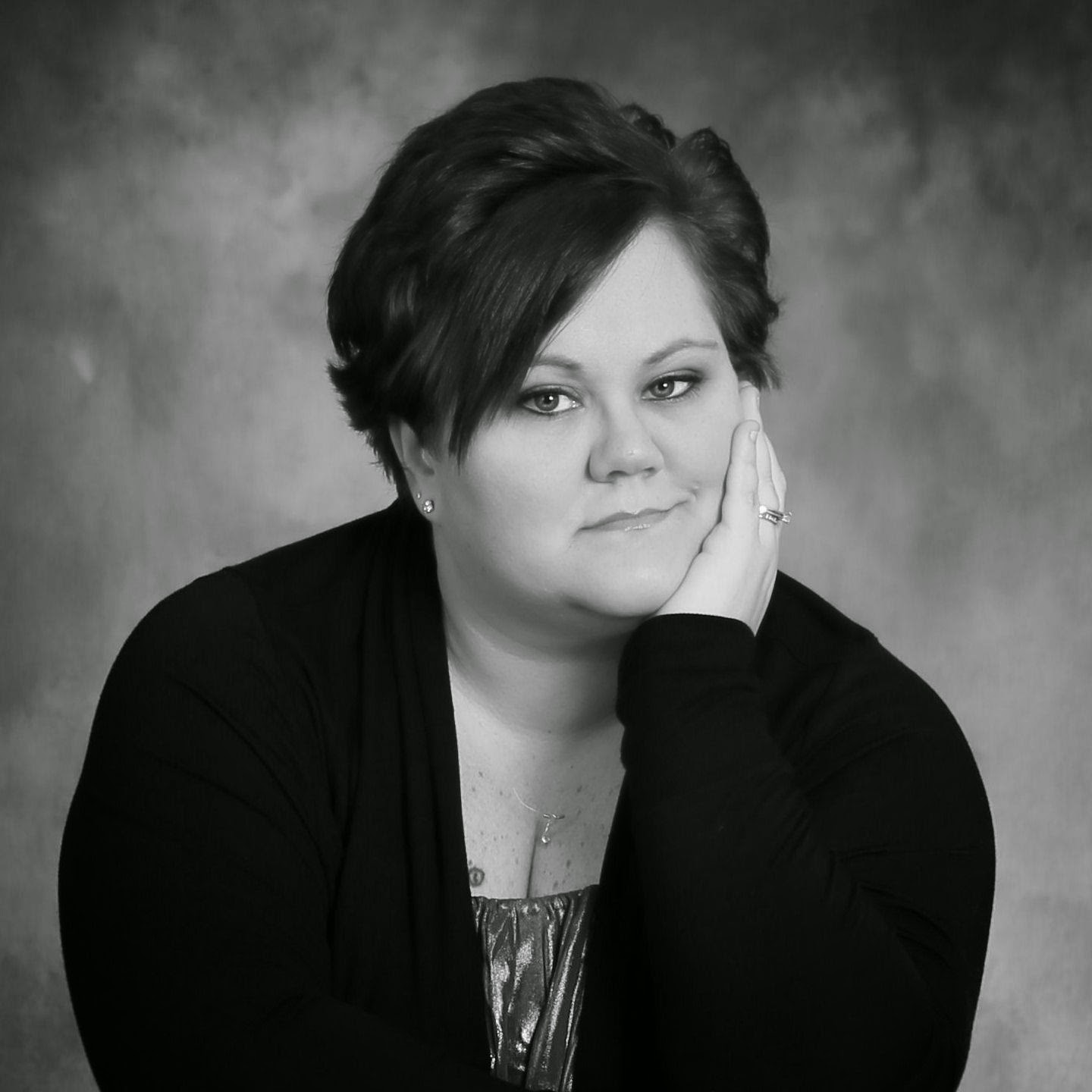 Mel Henry has been an avid reader since stealing her first Harlequin from her mom’s nightstand in second grade. Because some words were too big for her seven-year-old vocabulary, she took to writing her own stories (much to the relief of her teacher) and has been doing so ever since.
After having held various jobs in her life that brought her no satisfaction and only a piddly income, she decided to publish her first book. She figured being a starving artist instead of just starving sounded much more interesting. Being able to do it in her pajamas and no make-up are just perks to the job.
Living in Iowa with her husband and a couple of teenaged kids, Mel’s an avid cook (sometimes by choice), traveler (always by choice), and a hardcore warrior against chronic Lyme disease (definitely not by choice). She loves concerts, thunderstorms, and good coffee. She loathes conspiracy theories, egotistical people, and sushi.
She is currently collaborating with three other authors on a project, and has the foundation in place for her next series. In the meantime, you can find her current works on Amazon and other online booksellers. 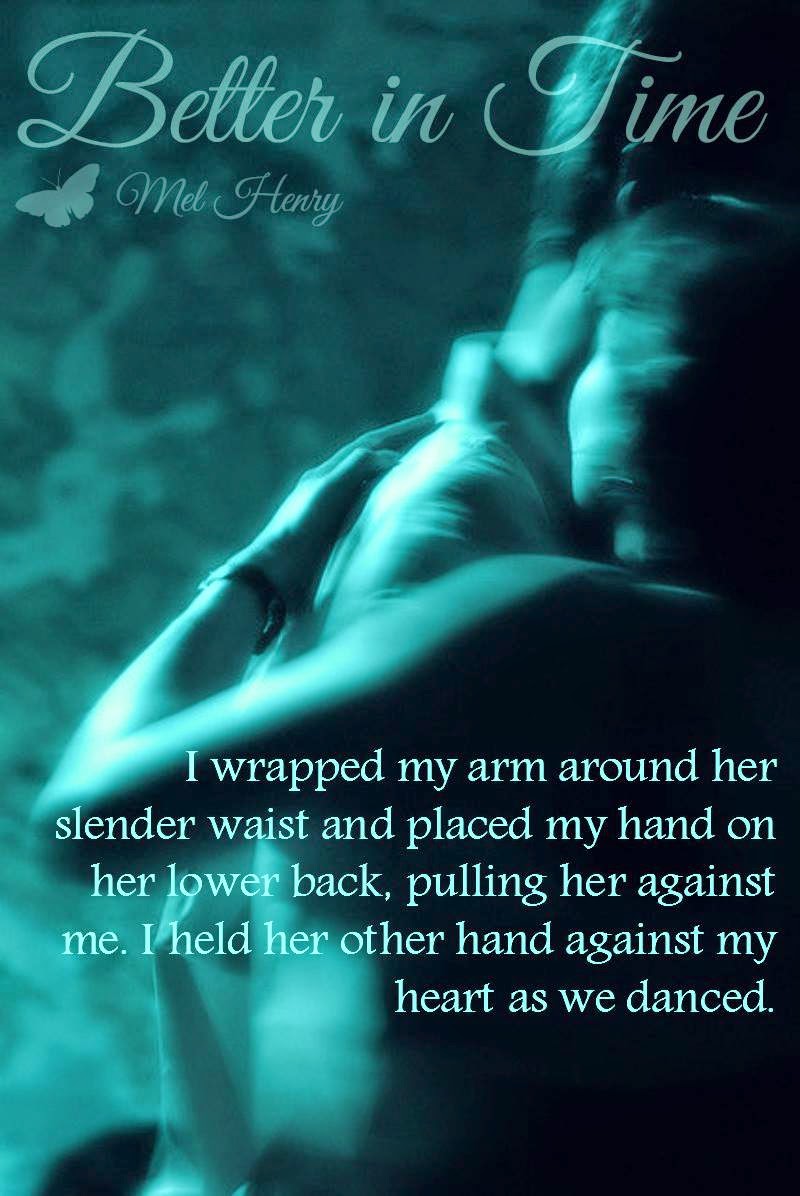 As for the second book in a series, this was shorter than the first book, focusing more on what happen to Josh after he left Carly to chase after his dream.  Neither was prepared for the strain that his music and band would put on their relationship.  Trying to plan a future was even more difficult because of her independence and fears and his strong desire to make it huge.
When a chance at a starring role in a television show came up, it meant Carly would have to leave New York and follow him to California or they would have to break up their relationship.  She hated California; she hated the idea of giving up everything she had earned in worked for in New York.  It wasn’t an easy choice but he had to follow his dreams and she needed to let him do it alone.
This book tells us what happen to him after the move.  How do you replace the love of your life?  You meet a beautiful model who is now working as an agent.  Josh worked hard at making Abby fit into the mold that Carly left.  You will find out if she ever fit or not in the book but he had to take one more trip back to New York.  He had to see if there was anything left between him and Carly, get a taste of the life he left behind, the friends he longed to see.
Leaving everything to move across the country may have not been worth the career he was promised.  Finding love with Abby may not be enough.  Can anything ever replace what he had with Carly and why was it not enough to put it before everything.
I love this series; it is such a battle between love and independence.  Sometimes the answer that feels the safest isn’t always the correct on and soon Josh and Carly will understand that.  Make sure you read book one first, Distance and Time so you will fully understand Better in Time.  This is about a love story, that is true, but it is more about life, choices, emotions, regrets and dreams.  The characters will take you all over the map and leave you wanting more.

Distance and Time (Time after Time #1) 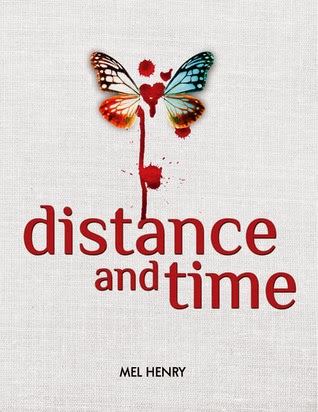 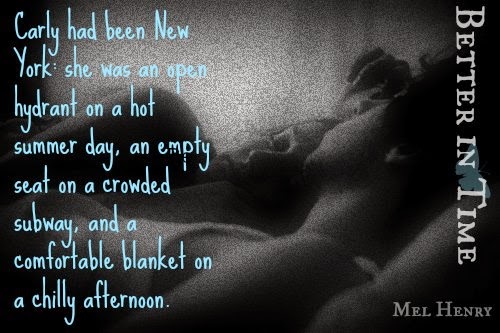 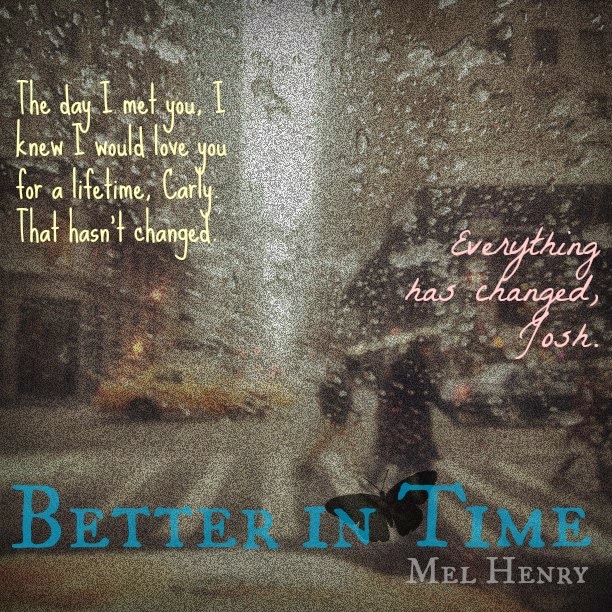