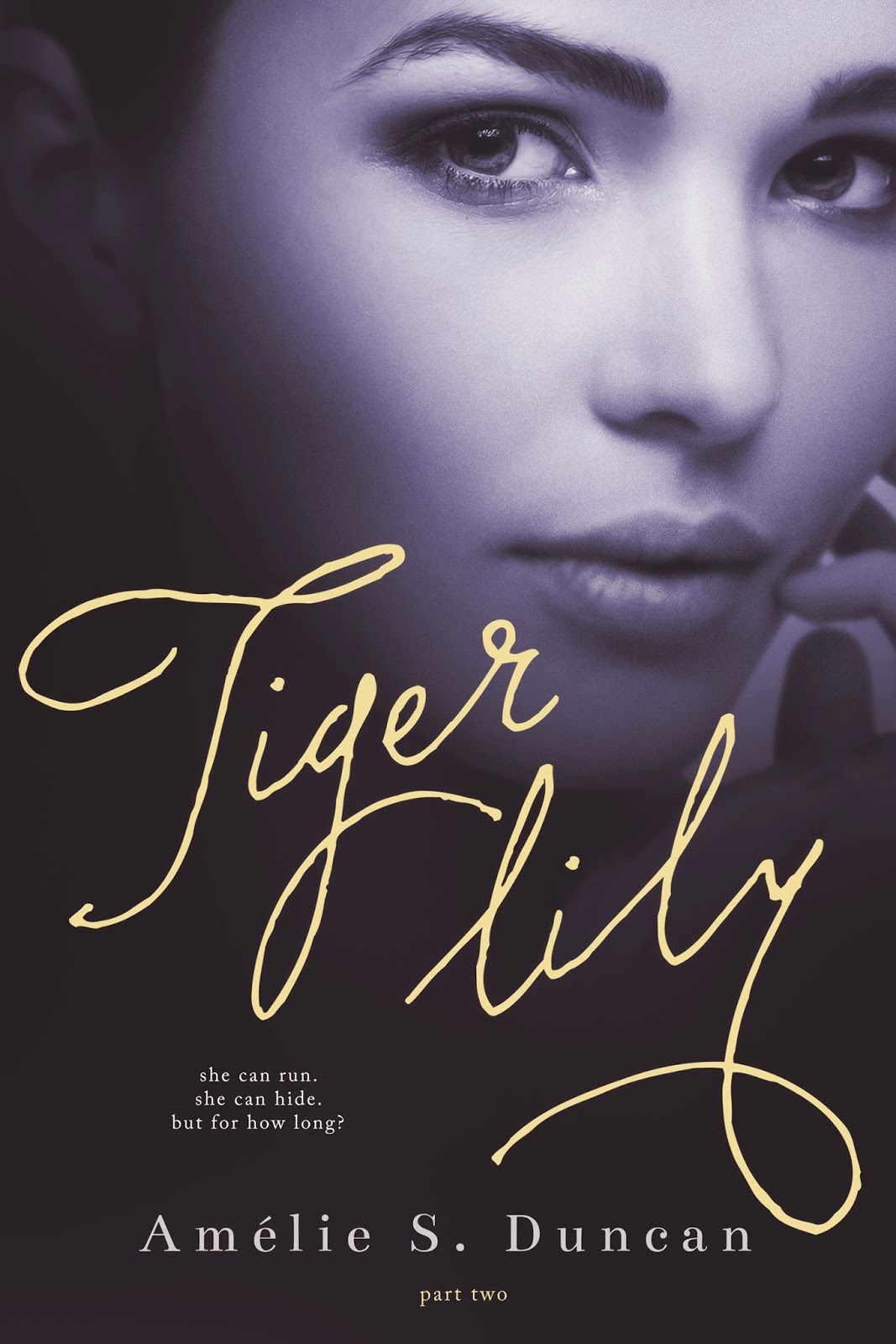 For the first time in a long time, things are looking up for Lily Salomé. With the city’s most eligible bachelor on her arm, life with Jonas Crane might finally live up to all its beautiful promise. Lily knows one thing: Jonas is the lover she’s always dreamt of. Smart, powerful and sexy. That is until an altercation with another man leaves her bruised, frightened, and too ashamed to tell the truth. She can run and she can hide but for how long? “Tiger Lily Part Two” is the second in the Tiger Lily series, by author Amélie S. Duncan. 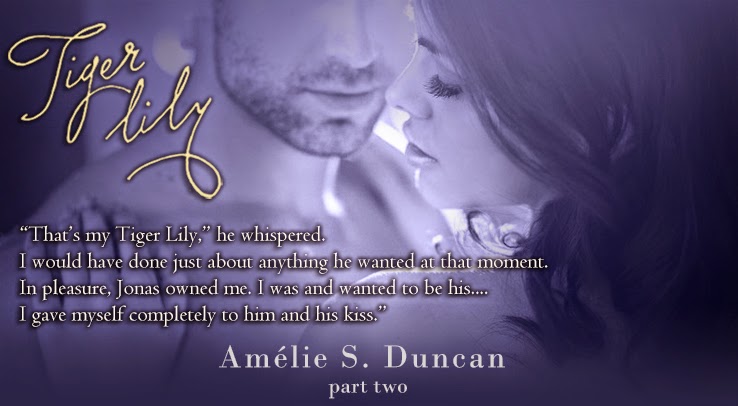 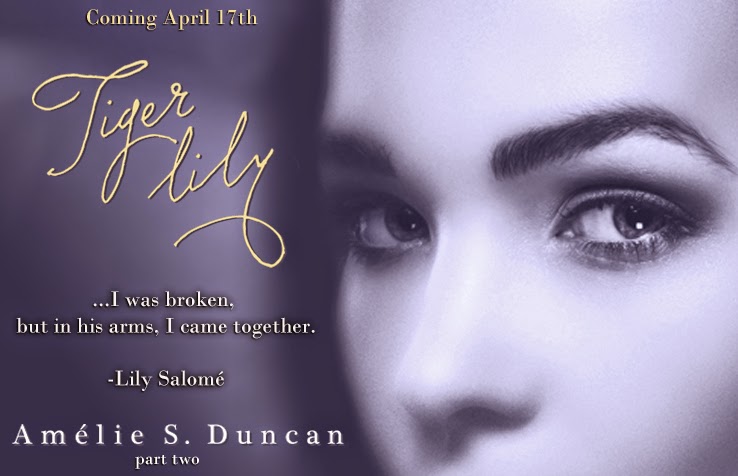 ‘Tiger Lily’ is the first book in a new series by author Amelie S. Duncan.

In this series we are introduced to Lily Salome, a 24year old assistant to the Chief Editor of Arch Limited Publishing House and Jonas Crane, a newly divorced business mogul who lives life in the fast lane and has no time for or want a new relationship in his busy schedule. His solution...having ‘companions’.
So when Lily get the simple task of making contact with Jonas Crane to try and put Arch Limited in the running to publish his book, she jumps at the chance.  But when she does come face to face with the strikingly handsome man she soon realises she may have bitten off more than she can chew.

“Who are you? I thought angrily to myself. I wasn’t this bad at conversing, but with Jonas I didn’t seem to be able to keep myself together. He unhinged me”

Everything about Jonas Crane screams power and success. Men want to be him and women want to be with him. So when he ‘bumps’ into the sweet and shy Lily he takes notice quickly and the more he speaks with her, the more they realise how much they have in common with each other. There’s something about Lily that call to him and He finds himself wanting to spend more time with her, however he doesn’t want a relationship. So in turn propositions Lily about a possible ‘companionship’. But will they be able to make this work without letting feelings get too involved?

“Forming an attachment to a man set on not getting attached was a sure path to a heartache. Searching my heart, I feared too late. Jonas was under my skin, and I wasn’t one to let go easy.”

Plus with the untimely arrival of someone in Lily’s past determined to be a part of her life again and the heartache she still carries for her parents death, will Lily be able to move on with her life or will the past always control her life?

It took me a few days to read ‘Tiger Lily’, not because I couldn’t get into it, but because I wanted to savour every word that was written in front of me. I wanted to absorb every feeling and emotion that emanated from the pages. And I did. I loved it. I felt it and I devoured every last bit of it.
However, I did feel as if there was actually too much sex and found myself put off and quite distracted from the underlying story that was meant to be there. Don’t get me wrong I enjoyed the more steamy sex scenes, I just don’t think they were all needed.
I also found it difficult to connect with Lily as a character. Her personality tended to clash with her actions and things that she would say.  She is the innocent, shy girl that has only had one partner. With that I would expect her to be a bit more of a prude and delicate and she wasn’t. It could just be me, but I found it to be a bit unrealistic and didn’t fit in with her character.
With all that said, I did enjoy the book and storyline that seems to be unfolding.  I will continue to read the series and watch these characters develop the further we go on.

Kicking off right where ‘Tiger Lily’ left off, we are thrown right back into the world that is Jonas Crane and Lily Salome and immediately find ourselves engrossed in their story.

After an incident occurred with her Ex, Lily has pushed away everyone that she loves and cares for in order to save them from getting hurt in the crossfire. But, they don’t all go away without a fight.  Jonas’ ex-wife Dani is a force to be reckoned with and soon has the truth of what really happened and offers Lily her shoulder.  Lily vows that this is the start of a new her, one who can stand on her own two feet without depending on men.

But, with everything beginning to spiral out of control thanks to an arsehole of an ex, Lily is finding it more and more difficult to stay afloat both mentally and physically.
How long can she hide from those she loves? Will they be able to save her from drowning in her own self-hate?

“Please don’t leave or disappear from my life again. I can’t...bear it.”

I have to admit, I did enjoy this book a lot more than I did with ‘Tiger Lily’. I felt a lot more connected with the characters and felt Amelie concentrated more on the underlying story other than just the romance and sex side of things which I felt she did in ‘Tiger Lily’.

I felt although she did get on my nerves at times in the book, Lily did grow a lot stronger and independent in this book. I can’t wait to see her grow more as an individual and with Jonas in the next book.

Jonas was just as sexy as he was in the first book and I began to like him more and more as I continued reading.  He was determined to get Lily back, and did what she asked of him....but he won’t stay away forever.  I loved every single side of him that we get to see, from the caring, gentle man, all the way to his domineering, caveman side and I am sooo looking forward to getting a lot more in the next book.

The secondary characters, although secondary played a major role in bringing ‘Tiger Lily 2’ the book that it is. I loved Dani and her free-spirited, kind personality from the get go and continue to enjoy it whenever she makes an appearance.  As for Paul, Jonas’ son; well he had me in fits of giggles with the things he came out with and I do hope we get a lot more of it in the future.

Overall, ‘Tiger Lily 2’ was a fantastic sequel to what is looking to be a great series.  I cannot wait to see what Amelie has in store for us in the next instalment. I just wish I had it now J

Lily Salome works for a small press firm in New York who’s Chief Managing Editor, Gregor, is desperate to land Jonas Crane, a high-powered businessman. Lily is sent out to meet the handsome and elusive Crane in a bid to entice him and persuade him to agree to allowing Arch Limited to publish his upcoming book.

However, this meeting turns into much more than a business chat, and very quickly indeed. Handsome and loaded, Jonas finds Lily intriguing and the pair enters into an explosive sexual relationship. He requests that Lily be his ‘companion’ whenever he is on business in the Big Apple, requiring her to be at his beck and call for whatever his heart desire… and it desires a heck of a lot of sex.

The storyline behind this book takes us on a journey of discovery, where Lily faces demons from her past and gets wrapped up in a whole host of new experiences. However, the interesting storyline is often lost behind the amount of incredibly detailed sex that often felt unnecessary. Lily, who has only had one partner and is very sexually inexperienced, describes sex in an almost pornographic manner, which makes it difficult as a reader to suspend disbelief.

Lily, a naïve and insecure young woman, who has had her fair share of really bad luck, is transfixed by Jonas’ need for her. She craves human closeness because of the loss she has suffered in her life, and quickly begins to fall for this beautiful man and his ability to unravel her with just a look or the way he says her name.

Lily battles with herself, her feelings and her ex, Declan, and the book leaves us hanging with no idea which path Lily will take next.

We re-join Lily, broken and confused after her encounter with Declan, her ex, who has real issues of his own. She has severed her ties with Jonas, but is accepting help and support from his ex wife. She also accepts companionship from one of Jonas’ friends, lawyer Ian Unger, who sees in Lily something special. He wants more from her and pursues her romantically.

Throughout the book, Lily begins to self-loath due a web of lies that she spins in order to spare other people hurt and anguish. She gets tangled up in her own fears, which ultimately leads to more lies, damaging herself further. After Lily expresses her true feelings to Jonas, the reader is taken on a ride of emotions towards the climax, where Jonas steps in to rescue her.

The storyline is much more prevalent than in the first book, with less sexually explicit scenes. This is refreshing and allows the reader to get to grips with the characters more readily. The reader is able to identify with Lily’s and Jonas’ feelings through Amélie’s use of carefully chosen vocabulary and description. 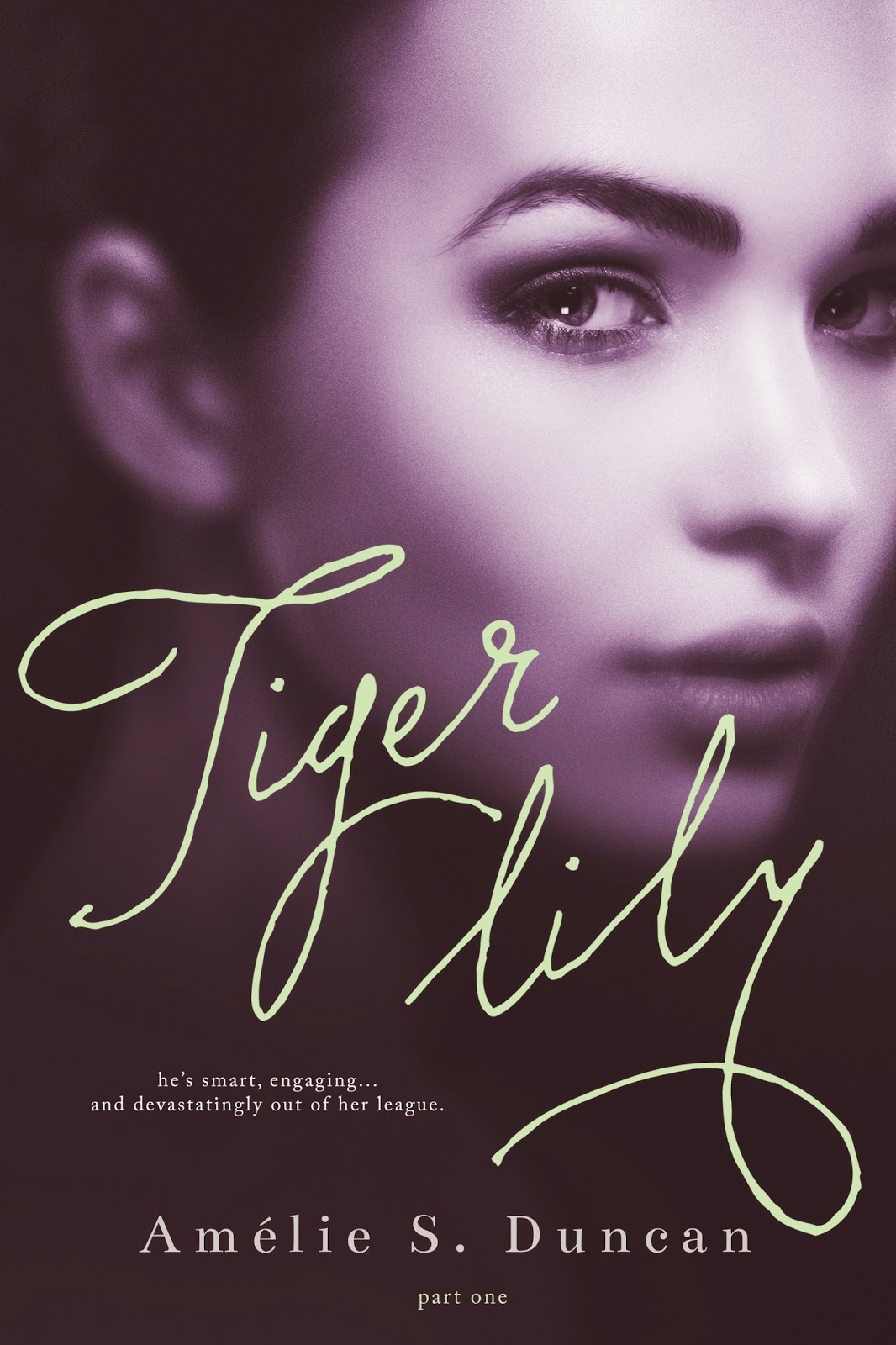 Synopsis
Lily Salomé has encountered more challenges than the average twenty-four year old. After a horrendous crash killed her parents, an abusive relationship was all she needed to calcify her broken heart to stone. So when Lily’s boss comes to her with a challenge most girls would balk at, she knows there isn’t much left in this world to be afraid of.
The target: Jonas Crane, a brooding business mogul who hasn't smiled once since his divorce. Dark, dangerous and mouthwatering, Crane has written a book about life in the fast lane and with the recent publicity, Lily's boss wants the rights. Problem is, Crane won't return a phone call, let alone agree to a meeting. But if a pretty publishing assistant happens to run into him at the Waldorf, with a business card and a smile...what could go wrong?
A lot, it seems. Lily thinks she's going to the Waldorf to meet a rich jerk, or worse, a playboy, but the truth is way more challenging. Jonas Crane is smart, engaging...and devastatingly out of her league. 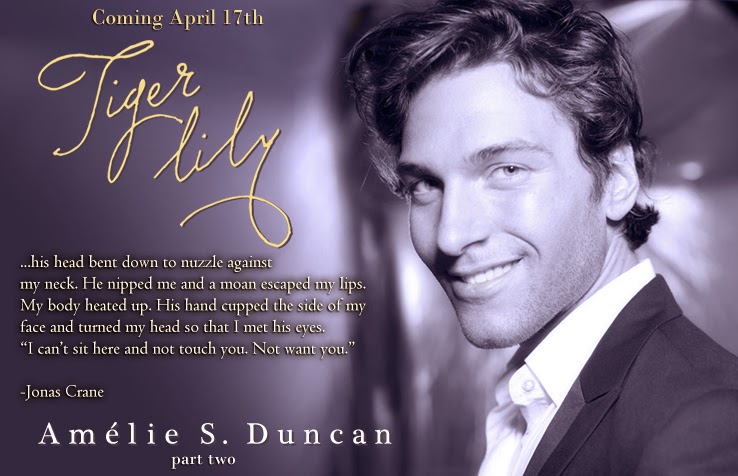