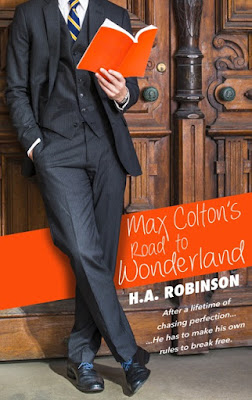 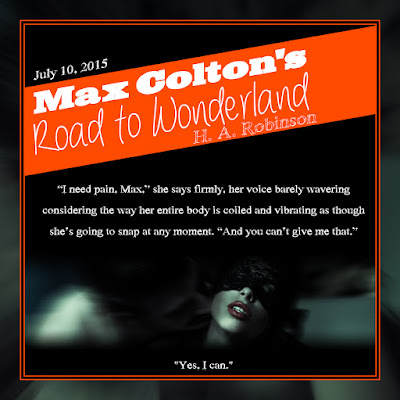 Growing up with certain expectations and your entire life mapped out for you is never easy, but when the bar is set impossibly high, most would give up.

Even as a child, his father is unrelenting. Discipline, rules and rigid control are all he knows. Nothing Max does is good enough, and no matter how hard he works, approval and recognition are always just out of reach.

From boarding school to university, Max gets a glimpse of the freedom he’s always been denied, and learns unexpected things about himself along the way. When he somehow finds himself thrust back under his father’s iron rod of control, that freedom proves harder to let go of than he anticipated and he finds himself caught in a balancing act between his lifelong battle for his father’s approval and living out his own hopes and dreams.

With loves found and lost and his friends at his side, Max has to navigate through the world one step at a time. People aren’t always as they seem, and every stone unturned reveals a new challenge, bringing him closer to a future that has always seemed elusive and uncertain.

A future that holds success, freedom and love he never expected to have.

A future that will offer loyal friends and a home that isn’t confined to a building.

A future that leads him to Wonderland.

H. A. Robinson is a jet-setting billionaire with a home on each continent, who spends her free time saving kittens from trees and babies from burning buildings. A graduate of Hogwarts and a frequent visitor to Narnia, she drinks coffee in Central Perk and tames dragons in Westeros.

In reality, she’s a support worker living in a small town in Cheshire, who would almost always choose fantasy over reality. She’s been an obsessive reader from the moment she picked up her first Enid Blyton book, more years ago than she cares to admit, and enjoys nothing more than getting lost in new worlds and adventures from the minds of all the amazing authors out there.
She’s had the voices of characters in her head for as long as she can remember, and puts them down on paper in order to convince herself and the men in white coats that she isn’t crazy. 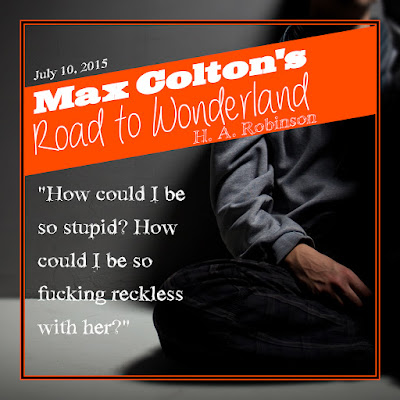 I have loved the Wonderland series from the beginning and I think the unique idea of different authors writing the characters story is brilliant.  It keeps the style and pattern refreshingly different and so far there hasn’t been a book that I have disliked or gives me the usual drag that often happens in a series.  But this one, Max Colton’s story, was so intense and real for me, I feel like I left part of my life in the pages with him.

I am not sure how H.A. Robinson did it, but she created a bond for me with Max from the first chapter.  I have been known to become emotionally invested in a story, I have suffered my fair share of book hangovers but rarely do I feel like I have a “dog in the fight” as I did with this one.  Max became my own child or sorts, when he hurt I hurt, when he was happy my whole emotional balanced shifted.  She had me so incorporated with this story; my family noticed the emotional changes in me.  I will admit, this freaks me out that Ms. Robinson not only got in my head with Max she moved in and took over my world as well.

The story starts out with Max being sent away to school.  The love of his mother was strong but in my opinion she wasn’t always worthy.  His father was a huge self-centered jerk who just thinking about him makes my blood boil.  Max had some issues with his speech and he never fought back or started a fight, yet he carried bruises and cuts from others on his face often.  Punishment at the school wasn’t detention that we have come to know, it was physical punishment and even through all of this, the light that kept him centered was going back home to be with his mom and keep enough distance from his father.

I could go on for hours about this book and walk you through every day of his live as it was described but I won’t risk spoiling it for you.  Expect to see Max as he grows up to be a man, tricked by women who want to take advantage, lied to by others who have their own agenda.  He will find that his love for his mom makes him vulnerable to vultures that are preying on his gentle heart.  But there is more, you will also see his kind spirit find friendships that will nurture him into becoming a brave man who can stand up for himself.  He will find his place in life even if it is in the location he swore he would never go to, Max learns that sometimes the places labeled never become the only place to go.

If this were a normal book, this is where I would say the ending leaves you in a slight cliff hanger, but this isn’t a normal book.  For me, the ending left me with the mixed emotions of being excited to see his next venture in life begin to unfold, the thrill and joy that he is about to embark on.  Then there is the other side of my heart, the more protective side that is fearful this next stage is going to shatter him and crush the fragile spirit we have seen since we met him.  Make no mistake when you open this book you are at risk of falling in love with Max, but this kind of love goes much deeper than a physical attraction.  If we could bottle this secret talent the H. A. Robinson has for making the story become part of our own soul, there wouldn’t be a single person on the planet without a book in their hands.


The Road to Wonderland Series: 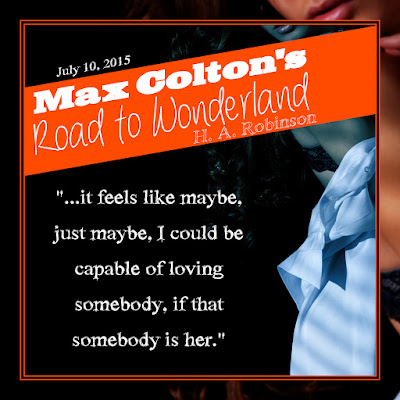