This is Leandro's story! Read a sneak peek below and make sure to enter the giveaway! Good luck! 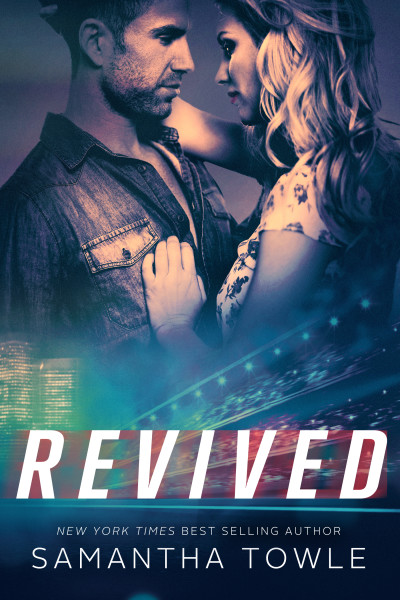 India Harris didn’t have the best start in life. Abandoned as a baby, she and her twin brother, Kit, spent their lives in foster care, only having each other to rely on. Then, at a young age, a relationship with the wrong man left India pregnant. Wanting to give her son the life she never had, she put herself through school and graduated with honors.

Now, at the age of thirty, she’s a highly respected therapist.

At the top of his game as a Formula One driver, Leandro Silva had everything—until an accident on the track left him staring death in the face. After enduring twelve months of physical therapy, Leandro is now physically able to race, but his mind is keeping him from the track. Frustrated and angry, Leandro’s days and nights are filled with limitless alcohol and faceless women.
Entering the last year of his contract, he knows he has to race again, or he’ll lose everything he spent his life working for. Forced into therapy to get his life back, Leandro finds himself in the office of Dr. India Harris.

Falling for his uptight therapist is not part of Leandro’s plan.

Having unethical feelings for her patient, the angry Brazilian race car driver, is not part of India’s plan.

But what if the wrong person is the only person who is right? 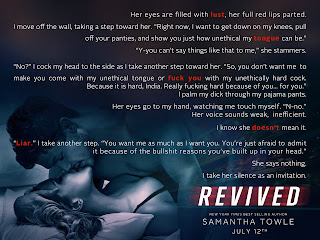 This is what I want you to do.  Throw Hubby and the kids out, shut and lock the doors, poor yourself a long, cold beer and pop on The Chain track by Fleetwood Mac and prepare yourself for some Formula 1, race car driving, deliciousness that is Leandro Silva – Hot! Sexy! Brazilian!

We meet Leandro many months after his almost fatal car crash that featured in Revved.  Physically he has recovered but mentally he isn’t even close to being fixed.  Although he is coping in his own drunken, man-whoring ways.

Carrick has recommended a therapist to him in the form of India Harris, he’s clearly taken with her, very much!

“Why the fuck didn’t you tell me that she looked like that?”  I growl down the phone at Carrick.
“Hello to you, too.  And who looks like what?”  Theres laughter in his voice.
Bastard.
“You know exactly who I’m talking about – Dr Harris, dickface.”

Lifting my eyes to his face, I see he’s already looking at me.
His eyes are fathomless.  Depthless.  Eyes I could fall into.
I feel caught off guard.
My face is warm, and I know my cheeks are red.

Understandably India has rules about dating her patients and keeps a distance between them, but you so want them to be together, you just know it’s going to super, off the charts hot!  And it is! Really Hot!

Samantha Towle writes both characters POV’s perfectly and with the challenges both Leandro and India face she pulls it off perfectly.

The Epilogue is a dream, a fabulous story with just the right amount of angst and drama.

Congratulations Samantha Towle, this is a great book.

She has written contemporary romances, THE MIGHTY STORM, WETHERING THE STORM, TAMING THE STORM and TROUBLE.

She has also written paranormal romances, THE BRINGER and the ALEXANDRA JONES SERIES, all penned to tunes of The Killers, Kings of Leon, Adele, The Doors, Oasis, Fleetwood Mac, and more of her favourite musicians.

A native of Hull and a graduate of Salford University, she lives with her husband, Craig, in East Yorkshire with their son and daughter. 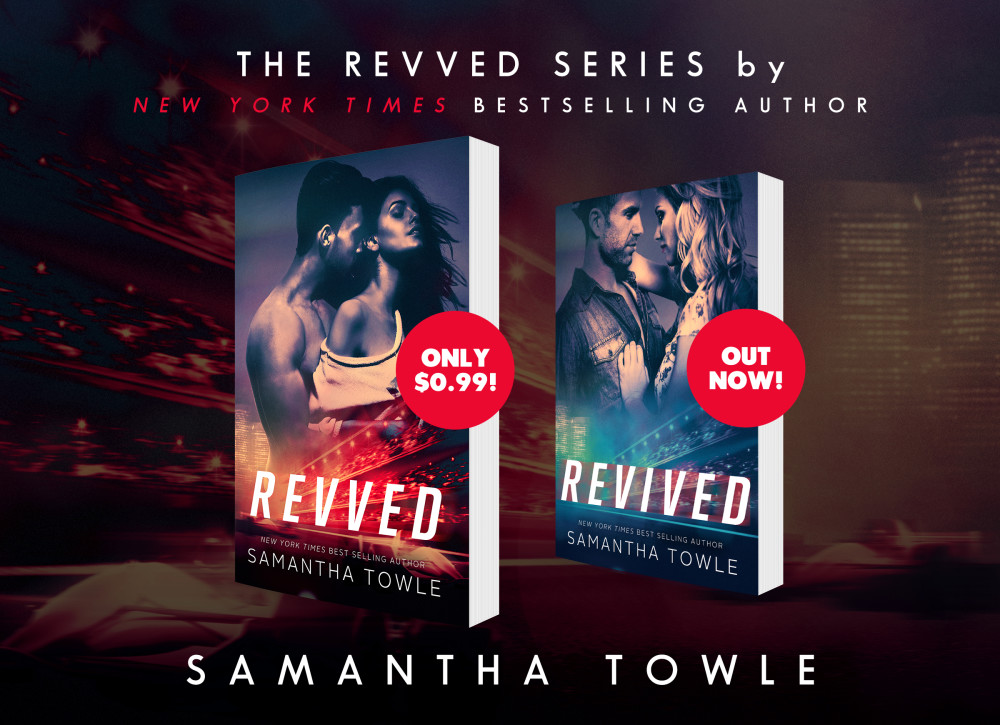