**Blog Tour** Surviving Him by Dawn A. Keane 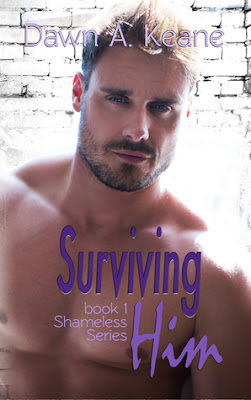 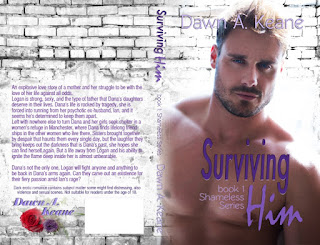 An explosive love story of a mother, and her struggle to be with the love of her life, against all odds.
Logan is strong, sexy, and the type of father that Dana’s daughters deserve in their lives. Dana’s life is rocked by tragedy, she is forced into running from her psychotic ex-husband, Ian, and it seems he’s determined to keep them apart. Left with nowhere else to turn Dana and her girls seek shelter in a women’s refuge in Manchester, where Dana finds lifelong friendships in the other women who live there. Sisters brought together by despair that haunts them every single day, but the laughter they bring keeps out the darkness that is Dana’s past, she hopes she can find herself again. But a life away from Logan and his ability to ignite the flame deep inside her is almost unbearable. Dana’s not the only one, Logan will fight anyone and anything to be back in Dana’s arms again. Can they carve out an existence for their fiery passion amid Ian’s rage? 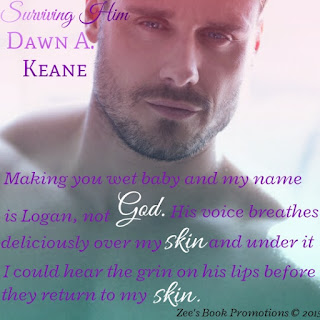 I was brought up in Manchester and I am now living in the beautiful Scottish borders with my three children.
I have enjoyed writing my story as I had a pretty hard upbringing and have suffered like everyone does over the years in different situations, but everyone has a story to tell.


I just hope my story can help someone out there who is, or has been through the same sorts of situations as myself. 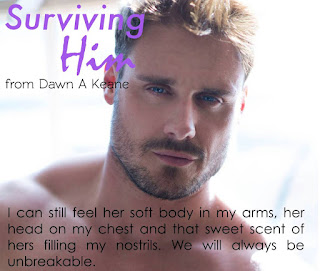 The Women's Aid worker, Pam, seems like a kind lady with short, blonde hair, and concerned grey eyes as she sits opposite me behind her desk with a sympathetic look on her face. A pen and a notebook are situated in front of her and she is listening to my every word, while I tell her of the abuse I suffered at the hands of my ex-husband. All because of a bloody tap.
I turned the tap on as slowly as I could to fill up the kettle, and the water pipe made a loud screeching sound, a rumbling that shook through the whole house. It did that every time the tap was turned on. Ian was in bed and it woke him up. He was so angry with me, he jumped out of the bed, ran down the stairs towards me and started having a complete meltdown, going completely ballistic at me for waking him up. I shook with fear his as his eyes blazed with anger; a murderous violence poured from him as he glared down at me. He started shouting at me for turning the tap on the wrong way. He said that I was a stupid fool for not knowing how do it properly. I didn’t realize there was a right way to do it. I was so frightened because I knew what was coming next.
Ian lost it completely and flew at me so fast my head spun. He was shouting and swearing; he was beyond being in control of his temper. I was scared out of my mind. I trembled as my throat closed. I proceeded to beg him not to hurt me. I pleaded with him, but it didn't do any good. He flew at me again and punched me so hard in the face that I fell on my knees on the floor. Ian didn't want to hear anything I had to say. He got right in my face with his forehead firmly pressed up against mine, pushing me down and shaking me with the force. "You’re pathetic. You don't even know how to do a simple thing. Not knowing how to turn on a tap quietly, you stupid bitch." He punched me again and again. "Next time, yeah," he shouted, "Do it fucking right." He punched me on the right side of my jaw. I could no longer hold myself up.
I slowly agreed that I was pathetic for not knowing how to turn the damn tap on correctly, then my head smashed on the floor full force.
I could feel the blow to my eyes as he repeatedly hit me over and over and again. Black spots filled my vision then everything turned black. When I came to, I couldn't believe what was happening to me, and Kayleigh. Was she ever going to be safe? What sort of mum am I to let this happen? How can I stop it? I believed that I must have deserved everything I went through. I must have one of those faces men want to injure. Ian left me alone and went to his sister’s house to calm down. I went to the bathroom and splashed my face with cold water, and it hurt so much I winced; the pain was excruciating. The water slowly soothed my face, stinging slightly with each splash. I couldn’t see very well as my eyelids had swelled and were changing colour, my tears stinging the open wounds. My head was in so much pain, I put my face back into the water in the sink to soothe it.
I looked up into the mirror; I was a complete mess. No amount of make-up was going to cover it up; it felt like my heart would pop through my chest, it was racing so hard.
All I wanted to do was go and see my mum and tell her what happened, ask her for help. But I knew she would be disappointed in me. I couldn't call her and tell her, she would think I'm such a failure. I stared at my broken reflection in the mirror trying to figure out what I had done to deserve this and I couldn't. I was so shocked, so scared out of my mind. Ian was back in no time at all with a box of chocolates, like that made it all ok again. He said he was a psychotic human being. He kept saying how sorry he was, so sorry for what he had done, so sorry for losing control and that he couldn't believe he had hurt his woman. He promised me it would never happen again, but the damage was already done.

The subject is tackled with knowledge and tact and shows Dana’s story as she tries to rebuild her life with her daughters. The writing shows the courage needed to overcome a situation like this. It’s also a little gritty at times…

The support network of the friends she met in the woman’s shelter, along with Logan – the actual love of her life – is fantastic, but understandably, Dana, can’t trust completely and you are taken on a rollercoaster ride told from both Dana and Logan’s points of view.

I imagine this book would be a bit tough to read in places, if you’ve been affected by domestic violence, but I also imagine that you could possibly draw strength and resolve from the ‘realness’ of the writing. 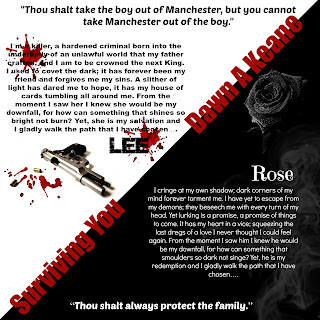 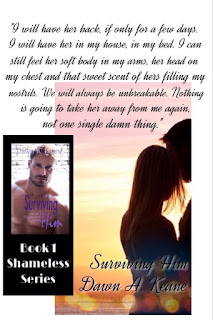