Book 1 of The Bound Trilogy

For readers 18 and over due to explicit sexual content. 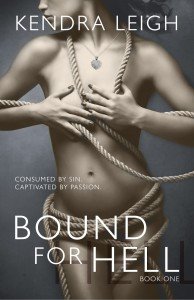 Ethan Wilde. Billionaire. Business Man.
Passionate. Powerful. Persistent.
One of New York’s most eligible bachelors.
Angel Lawson. Photographer. Gallery Owner.
Burdened. Beautiful. Broken.
A woman bound by the ropes of her sins and forgotten past, fearful of her future.
A chance encounter…
Consumed by guilt and tormented by the bonds of a tragic past, Angel Lawson’s life has been a solitary journey, condemned to live without love. In order to preserve her damaged soul from further rejection, sex is as close to a man as she ever plans to get. She was already hell-bound for her sins. One more wasn’t going to hurt ...
... or so she thought.
When a passionate encounter throws her into the world of Ethan Wilde, Angel is helpless to resist the irrefutable desire and depth of raw emotion he ignites in her.
Ethan is as intense as he is sinfully sexy. Irretrievably captivated by Angel, he seems just as intent on understanding her naked soul as he is desperate to possess every inch of her naked body.
Angel craves his touch like a drug and yearns for the love he promises, but surrendering to the feelings he’s unearthed will mean exposing her fears and releasing the demons buried for a lifetime. Exposing her heart will leave it at risk of being broken.


This debut novel encompasses all that is good for this genre and opens us up to an emotional enthralling story of two souls brought together. 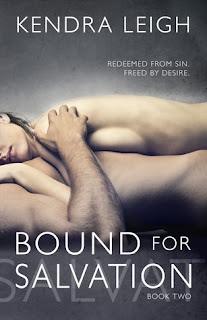 Hell was hot, but the flames of deliverance might be the ones to burn …For the first time in living memory, Angel Lawson feels cherished.Ethan Wilde has taught her that love is possible for all, even the sinners among us. The bonds of his love free her from the shackles of her guilt. Inch by inch, he’s slid under her skin, folding himself around her soul like a soothing blanket. His love nourishes her starving heart, and his passion fuels the scorching flames of her deepest desires, driving her to the blissful edge of sweet insanity.Brick by brick, she tears down the protective wall she’s built around her heart, and the ice inside begins to thaw.To Ethan, Angel is the sole reason he exists, the blood in his veins, the drug to his addiction. He vows to mend her, to help her confront her demons and come to terms with a buried past that continues to haunt her.But what lies beneath the surface of Ethan’s past?Pasts left hidden to rot become dirty secrets. Secrets that can tear even the strongest love apart.And secrets have a habit of revealing themselves when least expected ...Bound For SalvationBook 2 of The Bound Trilogy, by Kendra Leigh.Relentlessly sexy. Emotionally deep. Tangled, twisted, intricately woven love story with romance and suspense. For readers 18 and over due to explicit sexual content.

Bound for Salvation is the second installment in this series, and I have been eagerly awaiting more of Angel and Ethan’s story.

Bound for Hell, book 1 in the series, didn’t finish on a cliffhanger but it left so many unanswered questions that it would have been impossible not to continue with the series.  And boy oh boy did Kendra continue this series.

Ethan and Angel are still finding their feet as a couple, however they bring along a host of insecurities, secrets, lies and jealousies. Angel has been alone up until this point, her family are truly one of the most hateful bunch of arseholes I have come across in a book, and whilst she is trying to put the past behind her, she is haunted by dreams.  These dream sequences are something to behold.  You will be drawn into Angel’s fears and her confusion, wanting as much as she does to understand them and get answers.

Ethan, passionate, over protective, jealous, control freak, yep everything we love in our billionaire heroes

But then 19% happened and I truly hated the arrogant spineless twat.  And it was quite some time before I was willing to give him a fair hearing.

Story aside, the characters are growing and becoming ones we will remember in the future.  Fun banter and text messages are interspersed amongst the drama.

Jia is her usual subtle self.

“I’ll admit, at first, I thought he was just another red-hot billionaire with too much money and a hyperactive nut sack.” Jia

So what next for Ethan and Angel? it’s nowhere near over, but my gut tells me that Ms Leigh hasn’t finished tearing our hearts out and that there is plenty more of their story to come. 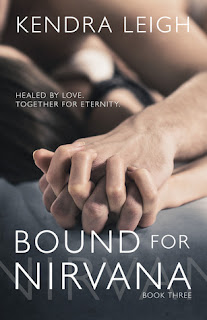 The bonds of their love saw them through the ravaging storm to the promise of peace and the chance to breathe …
Angel once believed her soul belonged to the Devil. Now she willingly gives every part of her—mind, body and soul—to the man whose love mends her a little more each day.
Ethan knows Hell is no place for an angel, especially not his Angel. He would sacrifice his soul every day of his life in order to save hers.
Fuelled by an almost obsessive desire, their need for each other ignites a passion that most couples could find destructive, but instead the flames of their possessive vigilance only seem to feed the fire of their insatiable hunger. The slaying of Ethan’s demons has made their fortress of love stronger than ever.
But Angel continues to paper over the cracks of her troubled past, running from the demons that chase her and the nightmares that plague her. When a twist of fate forces her to confront them, she finally begins to accept that her repressed memories need to be explored in order to attain the peace she craves.
But in her search for Nirvana, Angel discovers far more than buried memories.
What happens when the worst nightmare you’ve ever encountered is the one you wake up in?
When the past comes face to face with the present to reveal a web of diseased secrets and lies?
And the only road you can take leads to one destination … Hell.
Bound For Nirvana
Book 3 of The Bound Trilogy, by Kendra Leigh.

Kendra Leigh will need to set up a Therapy Group called the 80 percenters, you’ll know why when you get there and we will be waiting for you with a shot of vodka and an effigy of Ms Leigh you can stick pins in.

She saved the best for last, I did not see that coming, not at all, and when it came I actually gasped, like out loud gasped. The bastard, how could he, why would he say that?

Then the meltdown, I sobbed the entire time, totally lost it.

Am I being too vague?  Tough! Read it.

What a great final book of this series, in terms of shock value, it was up there, did we get our HEA, I couldn’t possibly say.

Ethan and Angel have endured so much in this series, it was possible it could be too much, but it worked, and worked well.

They wind each other up into fits of jealousy and then thrash it out between the sheets and other places to get it out of their system making for a hot read.

There have also been some great secondary characters, Jackson, Damon, Jia etc, who knows maybe we will get more from them in the future.

Congratulations to Kendra Leigh on the success of this series, it is truly well deserved. 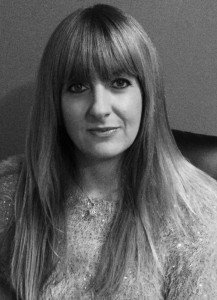 Kendra Leigh fell in love with books and the wonderful world of reading from a very young age. She was at her happiest when Enid Blyton whisked her away up into the magical lands at the top of the Faraway Tree with Moon-face and the rest of the gang. Books have been her constant source of escapism ever since. Currently residing in the UK, Kendra devotes her life to her devilishly handsome partner, scandalously beautiful daughter and cute as hell Shih-Tzu. As well as writing and reading, Kendra loves great TV, especially Dexter and Breaking Bad. Bound for Hell is her debut novel and book one of The Bound Trilogy.