I am loyal, but I will betray you.
I am strong, but I have scars.
I am an angel, but the devil.
I met her when I was sixteen and she was a breath of fresh air. She swooped in, making me smile. But then she left, taking my next breath with her.
Her smile could light up a room, making my black heart pitter patter.
I found her again ten years later, with a syringe in her arm.
Blood coming from between her legs.
She was broken and I was glad she was broken. She wouldn't think less of me and my damaged ways.

My reactions  as I read this book:

Black is dark, Black is mysterious, Black is bad.  Or is he?

Rose is lost, abused, let down by those around her and barely surviving.

This was a brave story to write mainly because Black is not your classic hero, he is bad, dark and unapologetic for it. He is not easy to like.

His connection to Rose was something he had never forgotten and he had let it shape the way he dealt with women, trust me, it was not endearing.

But then he starts to win you over, and you are cursing yourself as he does, he’s bad, he’s closed off, so why am I overlooking that? I have no clue, but TL Smith wrote Black in such a way you can’t help but start to like him.

So Rose really stood no chance, she too was drawn in without really understanding why.

I read a review by another blogger, who described him as an emotionless shell and that really describes him perfectly.

However, as time goes by, he does things that warm your heart, and yet he never really drops the quiet brooding persona that he is.

Rose on the other hand has opened herself up to him, and when past and present collide, neither route open to her is safe.

Now for that ending, it takes balls these days for an author to leave you on a cliffhanger, reviewers can be critical of them, however I am a masochist for a cliffy. 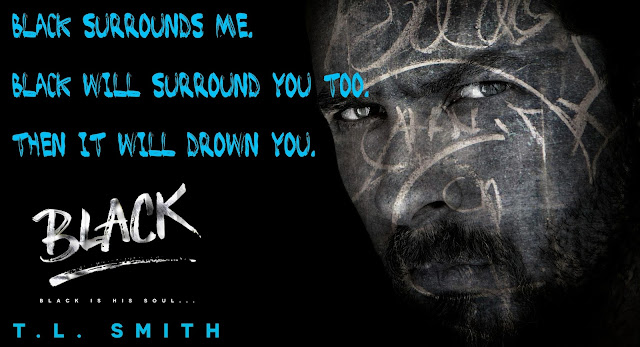 GIVEAWAY. HOW TO WIN.

JUMP ON OVER HERE AND SCROLL DOWN TO ENTER THE GIVEAWAY. KINDLE FIRE GIVEAWAY + AMAZON GIFT CARD