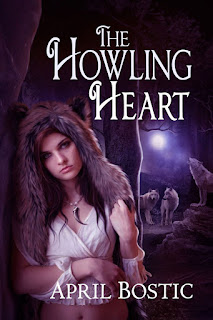 
Paige Donovan is an ambitious college graduate who aspires to reach the top of the corporate ladder. She’s climbing fast when given the promotion of a lifetime at a prestigious fashion magazine in New York City. Her bright future comes to an unexpected halt after news of her father’s death. She inherits his old cabin in the Colorado Rockies, and just when she thinks her luck couldn’t get any worse, she has a car accident in the mountains and awakens in the small, remote community of Black River.

Soon, she’s engulfed in the mystical world of Varulv---wolves descended from 13th century Scandinavia and blessed by Norse gods with the ability to appear human. Paige is desperate to return home, but never expects to fall for her rescuer, Riley Gray, a charming young werewolf from England who offers her an alternate future with his pack.

I felt feverish, and I couldn't move. I tried to open my eyes, but something heavy weighed on my eyelids.
Although I couldn't see or move, I heard voices around me. The first one was female, and she had an English accent like Sheriff Gray. "She's still got a fever."
Then, I heard a male voice. "What if she doesn't wake up?" He had the same accent, but he wasn’t the sheriff.
At that moment, I realized they were talking about me. "Don't worry...she will."
"It's my fault. Dad’s going to bloody kill me."
"It's not your fault. Stop saying that. She’ll be okay, and Dad will understand."
"I shouldn't have brought her here."
"You did the right thing by bringing her here. I can take care of her."
There was a momentary pause. "What if she finds out?"
"That's for Dad to decide."
The voices faded in and out. Sleep bore down on me, but the last words I heard from the man stuck in my head. "I'll watch over her."
A severely dry mouth and splitting headache interrupted my peaceful sleep. I couldn’t hear the two voices, but I heard breathing in my left ear like someone was sleeping next to me. I tried to open my eyes so that I could ask them for water and medicine for my headache. The weight on my eyes was gone, so I tried to open them, but they felt sticky this time. I struggled to peel them open, blinking rapidly to loosen my eyelashes.
When I finally opened my eyes, they felt swollen. The pain in my head spread throughout my entire body. Dim light surrounded me in this strange room. I lay on a bed and looked up at the ceiling. I tried to speak, but my throat was dry. Only a quiet wheeze escaped. A low groan followed as my headache pounded against my temples. I still felt hot and sweaty. Layers of blankets covered me, and I wanted to yank them off. When I touched my abdomen, I wore nothing but my bra and panties.
My eyes darted around the unfamiliar room. On the wall, I noticed a shadow of something next to me. What the hell is that? I turned my head and saw a candle in the window, but what cast the shadow scared me to death. A large, white wolf lay on the floor beside me. There was no mistaking it for a dog. The bed was low to the floor, and its head was close to mine. I opened my mouth wide, prepared to scream, but wheezes and weak gasps escaped, instead. I thrashed my head against the pillow, as if the motions would turn up the volume in my voice. Finally, a shriek pushed through my sandpaper throat. It was a high-pitched squeal at first, but then, it burst forth and filled the room. I sat up quickly. Aching pain tore through my body, and I heard my bones crack.
The wolf awoke with a start. It jerked its head up, and glowing, yellow eyes blinked until they settled on me. I shrank away from it, nearly falling off the bed, screaming until I went hoarse and gasped for breath. The wolf stood on all fours, its size definitely that of a Great Dane. Our gazes locked for a brief moment before the animal ran out the room. I sat against the headboard, clutching the blankets against my chest. I was alone and terrified. Within seconds, tears trickled down my cheeks.

This book was nothing like I expected. It is far from your normal werewolf story.

You are thrown into the story with a flashback, which threw me to begin with, but once you accept the story for what it is, without comparison to any other, you get lost in it.

Paige has it all. The job, the boyfriend, and the life all girls dream of. Then it comes crashing down on her and she has to make some tough decisions. Her boyfriend cheats, she looses her father and then she is given something that she thought was gone. The cabin.

She’s taken back to her memories from being a child and revisits the place where she found her friend. Paige first thought he was a puppy, then discovered he was a wolf, and later discovered he was also a boy. There was an instant attraction between them as children and years later you are once again on the edge of the page waiting to see what happens next.

Riley is the wolf. I loved him from the moment he appeared. His love for Paige is intense, and after years of waiting for her they have to wait a little longer. But it works. I found myself wanting development faster, but then also wanting to draw out as long as possible to see what happened. I will say this, Riley is very up and down, however I just took him as I found him and again it worked.

The mixture of normal life for Paige and a pack life for Riley was done well. The story had a good backbone to it and once I let myself fall into it I was absorbed. The ending left me with a smile and a sigh, and I am hoping it may not actually be the end.

If anyone asked me about this book I’d say... Give it a go, I really liked it, it’s a refreshing kind of different. Imagine a splash of The Devil Wears Prada, throw in some Wolves, and then mix in a love story… The Howling Heart!

"Last night, a wolf howled for me. The deep, haunting sound pierced through my dreams and pulled me from the infinite, black void of my subconscious. The howl took hold of my soul as I slept and forced me to relive a distant memory from my childhood. It was a memory I think the wolf didn’t want me to forget."

"I couldn’t deny we were attracted to each other, and we had no qualms about acting on it. I just didn’t want to cross that invisible, romantic line. Things could turn complicated."

Paige meets her soulmate when she's a young girl. Bound by something so magical, neither child can ever forget the other one, even in adulthood. A tragic circumstance takes Paige back to the place where she saw Riley, but is shocked to learn the secret he lives with. The first time Riley meets Paige, she's a young girl lost in the forest. Right away he knows that Paige is his ever after, but how can Riley share his one secret that stands between him and his one true love?

"I knew things I didn’t know before. I knew how it felt to love someone with your heart and soul, and to have your feelings reciprocated. I knew Norse gods exist, and there are people in the world who are really wolves and live by their own rules."

This is my first paranormal romance, filled with werewolves and Norse gods.  April took me into this world, a world I knew nothing about, and she held my interest with the romance, suspense and mythology. Although I had a tough time grasping the ideas and scenarios of this new genre, I could not stop reading The Howling Heart.

April Bostic is a New Jersey-based, Adult Romance author who enjoys unleashing her creativity and letting her imagination run wild. Her love of romance books inspired her to become not just a reader, but also a writer. In December 2008, she self-published her first novel, a contemporary romance with a supernatural twist entitled "A Rose to the Fallen".

After five years, she released her second novel, "The Howling Heart" in August 2013, a paranormal romance that delves into the mystical world of werewolves and Norse gods. To end her busiest year in publishing, April also released her fourth short story in December 2013, a historical paranormal romance entitled "A Dark Scandal". 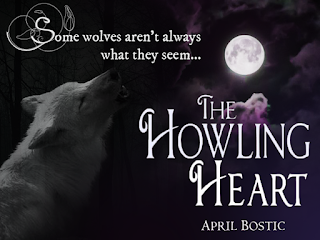