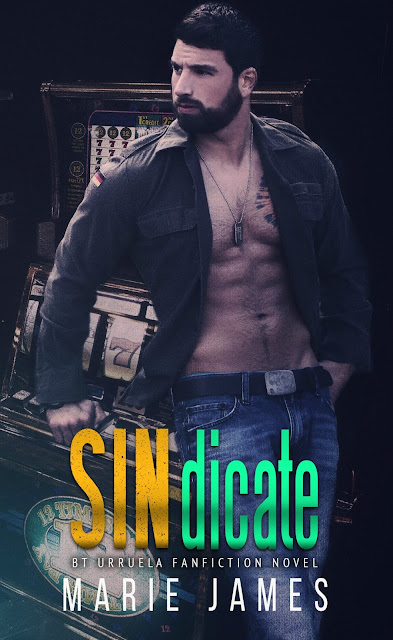 
BT Urruela is former military with scars from war that forever changed his life. He attends an acting class, is a personal trainer at an elite facility in Tampa, and is your typical warm-blooded male.

Life is pretty easy-going for BT... then Aviana Maguire catches his eye.

Aviana attends the same acting class as BT, but does her best to stay under the radar. She’s the product of a broken family and a less than desirable childhood. She’s riddled with emotional scars and has extreme trust issues with men and all relationships in general.

Life was hard for Aviana as she struggled daily to just stay afloat. Just when she thought life couldn’t get more difficult, she’s snatched away from her home as retribution for someone else’s mistakes.

Underworlds, debts, and an obsession for justice could change everything for them both.

BT may rescue the girl he tracked into the dark recesses of Las Vegas, but will she ever be the same?

Or will BT become so deeply involved in SIN, that he becomes the one needing to be rescued? 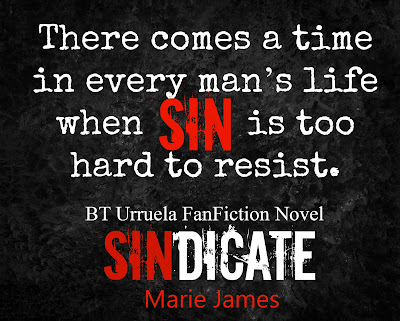 All proceeds go to charity 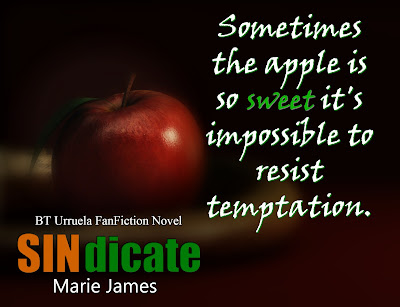 
Marie James: I’m a full-time, working mother of two boys and wife of 11 years. I've spent almost my entire lifetime living in central Texas, with only short stays in South Carolina, Alabama, and Florida. I've always wanted to write novels and just recently had the gumption to sit down and start one. My passions include reading everything under the sun and plotting out new books to write in the future.

Kincaid is my 7th book. I’ve also written the Hale Series, Love ME Like That, and a FanFiction named Psychosis, featuring up and coming cover model, Matthew Hosea, as the main character. This book was done for fun and all of the proceeds are going to charity. All of my books are currently available on Amazon.

I have a confession to make....until I heard about this book, I had no idea who BT Urruela was. As soon as I learned this was a BT Urruela fan-fiction novel, I had to see who this person was. So, I did what any modern day woman with a healthy curiosity would do....I Googled. Yep. I blew up my search engines looking for information on this man. Can you guess what I found?  Well, yes...I did find dozens and dozens of pictures of a totally built, and gorgeous specimen. But that wasn't the real treat. That came when I found his website, and read his story.  In doing this, I found that BT Urruela is a hero in his own right, with an amazing story to go along with his big heart, deep soul, and incredible talents.  A more than worthy hero for a novel.  After my research, I went into the book with a clear idea of what kind of man Marie was portraying in the writing of SINdicate.


We begin this journey in an acting class, where we meet our hero, and his love interest, Aviana Maguire.  It is clear from the beginning that BT is head over heels for Aviana, and when she finally agrees to go out with him for "Netflix and chill", he's over the moon. Aviana is a petite blonde bombshell with a tortured past that has tainted her opinion of men and relationships. After their first, and potentially only date, Aviana is abducted from her doorstep and held prisoner by the Las Vegas based SINdicate as incentive for her deadbeat father to pay back his debt.  When BT investigates her sudden absence, and discovers the truth of her disappearance, he vows to locate her and rescue her himself.  With the help of a few friends you might know from one of Ms. James' other books.  As soon as BT hits Vegas, both characters are thrown into difficult situations, where their lives and that of their families, are at risk.


I will admit that it took me a little longer to get into this novel than it has any of Ms. James’ other books, but once I was in…I was hooked.  I believe that Ms. James successfully captured the essence of BT Urruela, and the picture she painted of him matches that of which I learned of him in my research.  She kept him true to his kind nature, displayed his sense of loyalty and justice, and enhanced his sex appeal with scenes that would make a nun drop trou.  Aviana, in turn, wasn’t as developed in my mind as BT, though this may be due to his real life persona.  She was a strong, independent woman, but I didn’t really get much of a feel for her like I wanted.  Even through it all, she is still a mystery….though a lovable one.  I was able to get a sense of her kind heart, and genuine nature, but I missed the depth that Ms. James usually delivers with her characters.  I thoroughly enjoyed the storyline, as it is something that happens daily in this country and others.  The depravity with which the underbelly of this world operates is touched on in a way that is more real than imagined.  The action and debauchery wasn’t overdone, and the way she interlaced other beloved characters from her Cerberus MC series was totally awesome!  Actually, that was one of my favorite things in this book.  The way they wove together was effortless, and totally plausible.  I loved it.


In closing, I think Ms. James has delivered yet another full scale winner with SINdicate, and I look forward to any future surprises she may have in store for us. 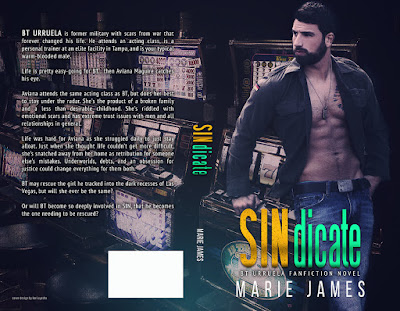