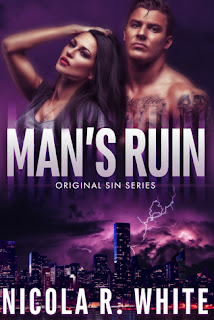 Magdalene is a mob-connected madam. Tommy Flynn is the hitman who loves her. And when they're framed for the murder of a rival crime boss’s favorite son, Magdalene fears the sins of her past have come back to haunt her. After spending half a lifetime in a seamy underworld where love is for sale and men worship at the altar of sex and greed, claiming sanctuary in a cathedral is the last thing she wants to do - and the only chance she has to find out who set her up.

With all clues pointing to Magdalene's ex-lover, a working girl called Lola, the legendary madam is reluctant to trust Tommy, a smooth-talking hired gun, and risk being burned again. But as time grows short and secrets are revealed, Magdalene will have to look into the dark places inside herself if she is to catch a killer and survive with body and soul intact.

In the corrupt city of Crawley, Massachusetts, passion, crime and religion collide in this steamy, neo-noir romantic thriller. 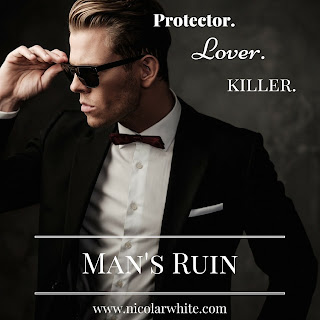 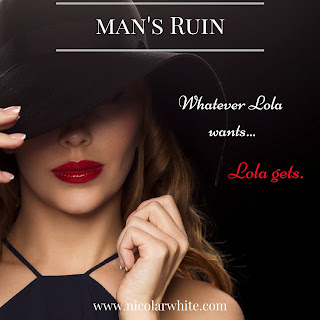 When not writing crime novels, Nicola R. White practices law on the east coast of Canada, although you’ll never convince her to reveal which parts of her stories are based on real life. Her work is influenced by legendary crime writers Raymond Chandler and Dashiell Hammett, and her favorite drink is an Old Fashioned. She likes to think they would approve.

Nicola is also the author of fun, sexy romance fiction. Her debut novel, Fury’s Kiss, was the winner of the 2016 Kobo Emerging Writer Prize in Romance. 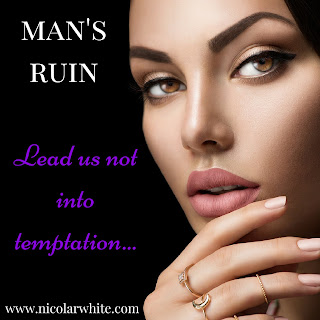 "I brush my hair until it shines, strap on a push-up bra and a pair of shoes that cost more than most people make in a month, and I pretend not to despise the men who rent my girls for a night."

Corruption. Deception. Sex. Betrayal.  What do you do when you have nowhere to turn?  How do you make it through this world with no one to help you?  You do what ever it takes to survive. You sometimes have to do things that hurt yourself and others...

"His prediction comes true as he slumps to his side and his life bleeds out of him—I am a killer. His dead eyes continue to stare at me even after he is gone. I have a feeling they’ll be watching me for the rest of my life."

When Magdalene's life began, it was based on deception and seduction. She was shoved aside and ignored. Deciding to change her fate, Magdalene runs. Far away...into a life filled with shadows and nightmares, where she is forced to do things that would forever change her. Tommy has had a rough life.  In and out of foster care, turning to a group of thugs for company, Tommy's future path leads down a dark hallway of abuse and death. When a murder happens too close to home, Tommy and Magdalene must revisit their demons to make it out alive.

"Out here, there are no lies, the cold just is what it is. It doesn’t care whether you’re dressed appropriately, or if you can breathe, or whether you’ve just had your whole world turned upside down. The cold November air tells you, without exaggeration or concern, that it will kill you if you don’t keep moving. And it will not be personal."

This book was AMAZING!  Nicola had my attention with the first paragraph. I found each time I stopped reading, I craved more!  Magdalene is powerful, confident, woman that doesn't let people use her. Instead, she ruins THEM!  I can't say enough about this book, it's a rare gem!  So different from many of the other books I've read!  I need more Magdalene and Tommy please!!!!